Too cold to pull out the grill?  Use the slow cooker instead!  These fall-off-the-bone Slow Cooker Baby Back Ribs are a delicious way to enjoy barbecue indoors! 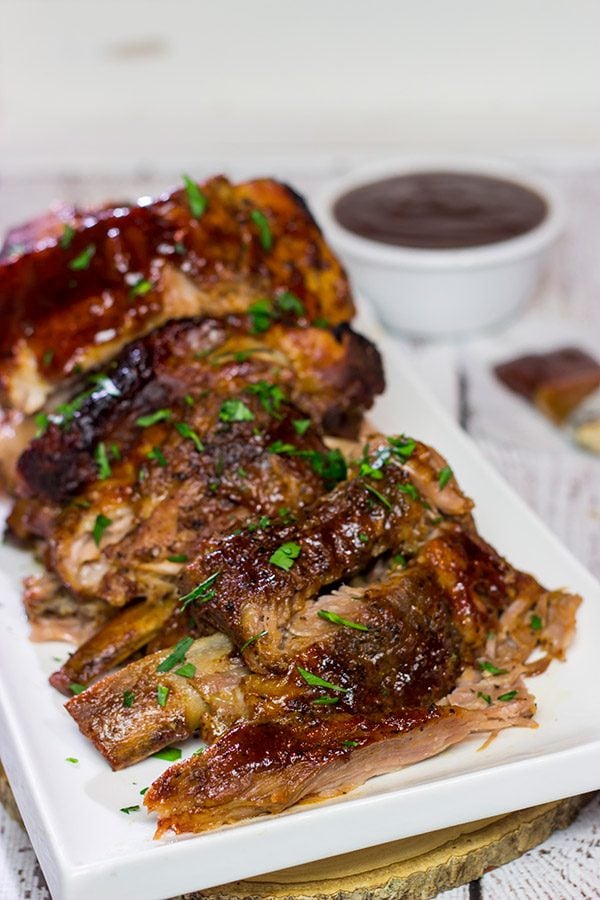 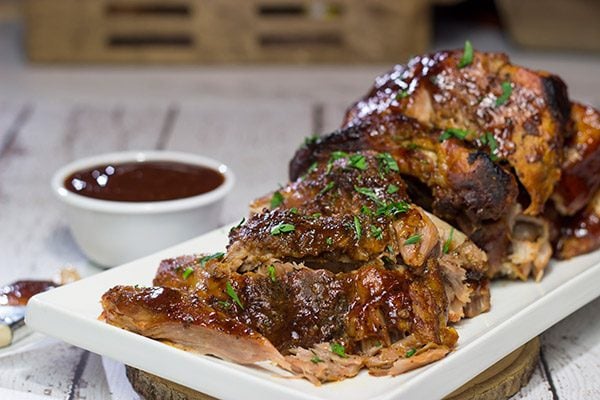 The original idea for this recipe started way back in the Fall.  I was outside at the smoker one Saturday afternoon smoking a couple racks of baby back ribs.  Low and slow.  That’s the key to delicious ribs.  That’s when it hit me – I wonder if these could be cooked in a slow cooker.  After all, the slow cooker is the very definition of low and slow.  I realized other smoker recipes (like pulled pork) can be made in a slow cooker, so it made sense that ribs might work as well.

Guess what?  These Slow Cooker Baby Back Ribs do indeed work!  Not only do they work, but Laura declared them to be the best ribs I’ve ever made.  And they took all of about 10 minutes to prepare.  Seriously.  10 minutes. 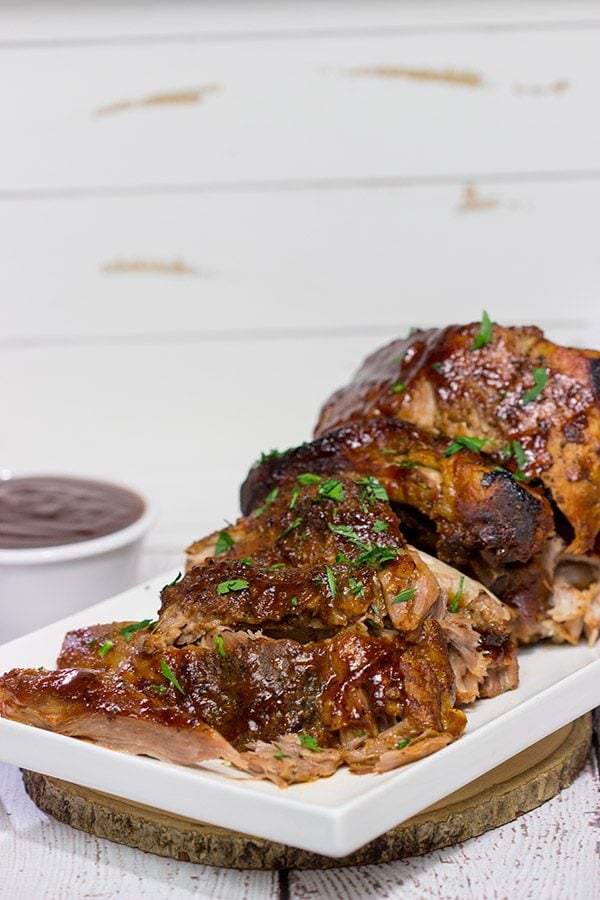 After slow cooking for the better part of 5 hours (or 9 hours on low), these ribs were fall-off-the-bone good.  I could barely lift the ribs out of the slow cooker without them falling right off the bone.  Talk about delicious!  In fact, I’m thinking this recipe could work well if you need BBQ rib meat for another purpose.  Think about taking that meat and mixing it into a batch of mac and cheese.  Or putting it on top of a baked potato.  Or what about a BBQ rib quesadilla?  Yup, I think I need to experiment with all of these ideas! 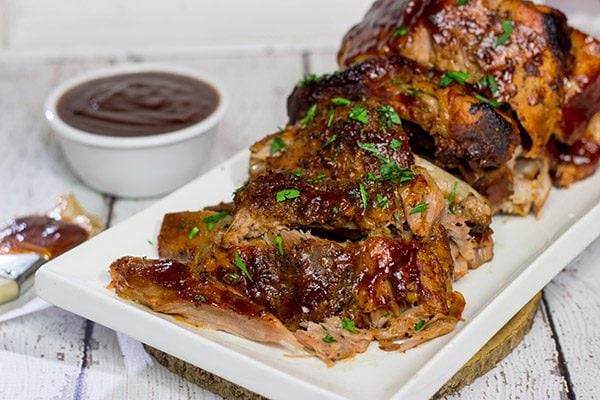 As I mentioned above, these ribs take almost no time at all to prepare.  However, I do highly recommend removing the silverskin on the back of the ribs.  This step is fairly easy, and it makes the ribs more tender once cooked.  (Fine Cooking has a good guide on removing the silverskin using just a table knife.)  Aside from that one step, all you need to do is mix up a BBQ sauce mixture and cut the rack of ribs into a size that’s more manageable for your slow cooker.  Easy enough, right? 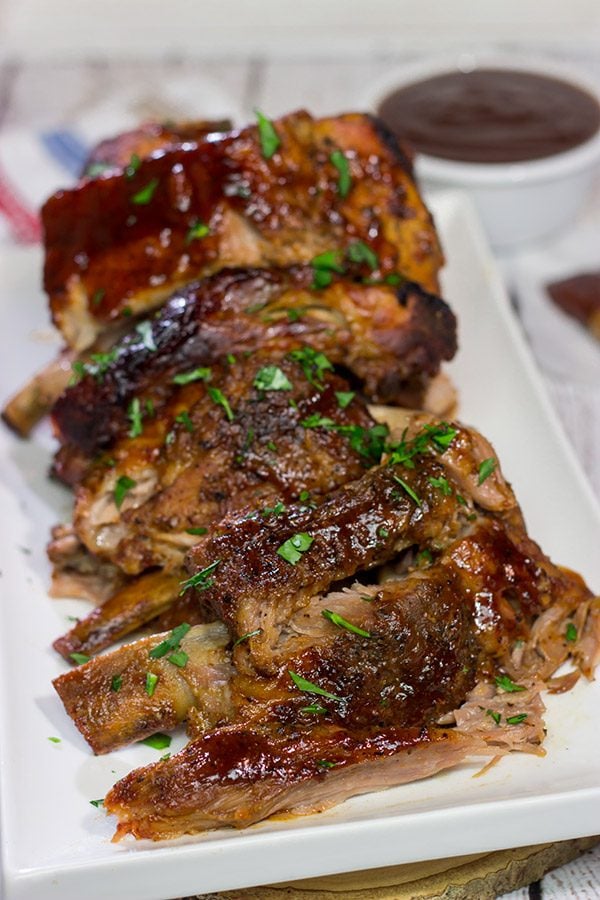 Finally, there’s one tiny little secret here that takes these ribs from good to great.  The broiler.  Once the ribs are done in the slow cooker, carefully transfer them to a parchment-lined sheet pan.  Brush ’em with a little bit of the cooking liquid left in the slow cooker and then send ’em off to the broiler in your oven for about 5 minutes.  This easy step will caramelize the sugars in the bbq sauce and create little crispy bits on the edges of the ribs.  I can’t lie.  Some of those crispy bits didn’t make it to these photos.  I couldn’t resist taking a little nibble or three!

I suspect these Slow Cooker Baby Back Ribs will become a new winter staple in our house.  I’ll still use the smoker during the warmer months, but the slow cooker is a legitimate stand-in while the smoker is covered in a foot of snow.  I hope you enjoy these ribs as much as we do!  Cheers!

Did you make a batch of these Slow Cooker Baby Back Ribs at home?  Leave a comment, or snap a photo and tag me on Instagram (@Spicedblog). 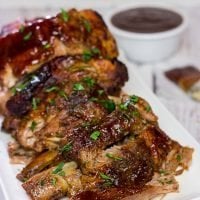 Looking for more tasty slow cooker recipes?  Check out a few of these other favorites, too: 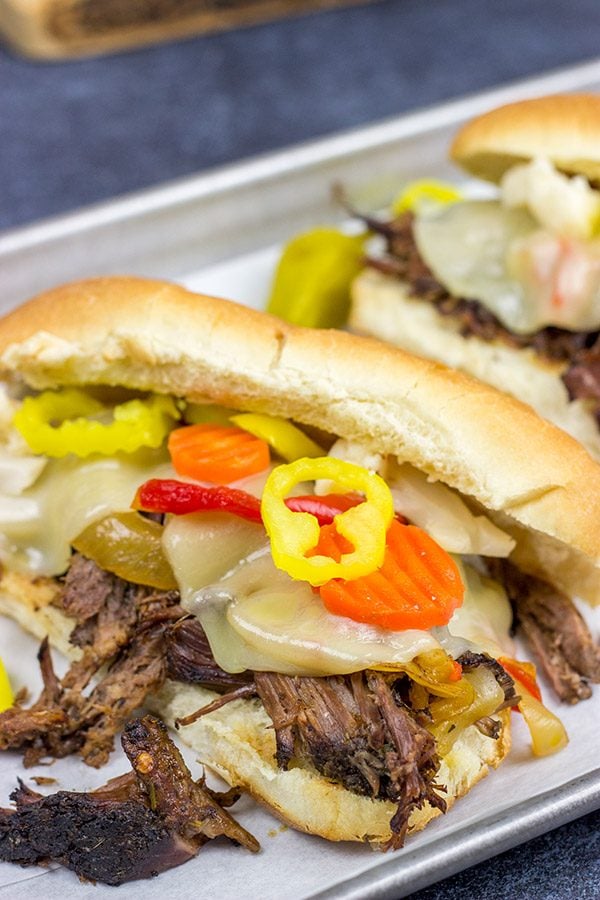 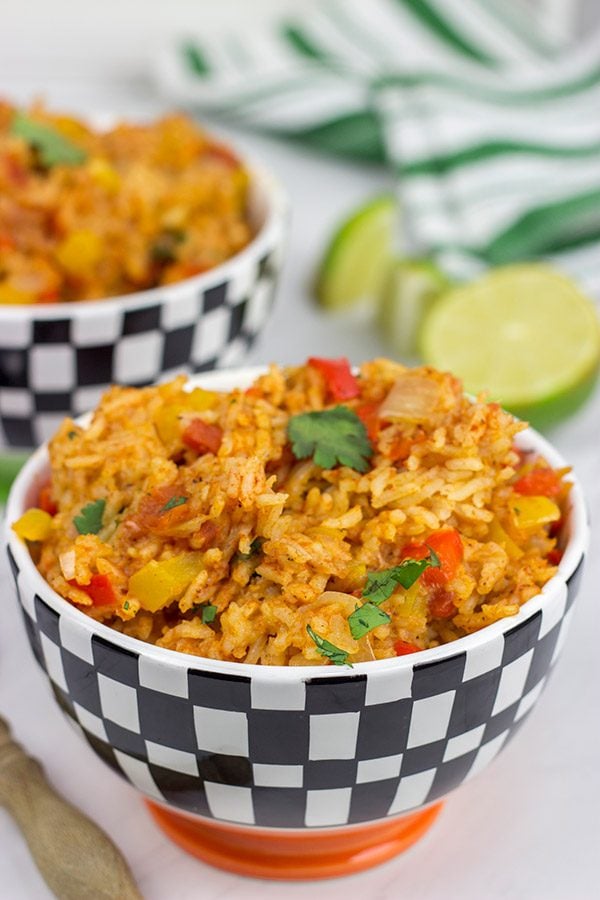 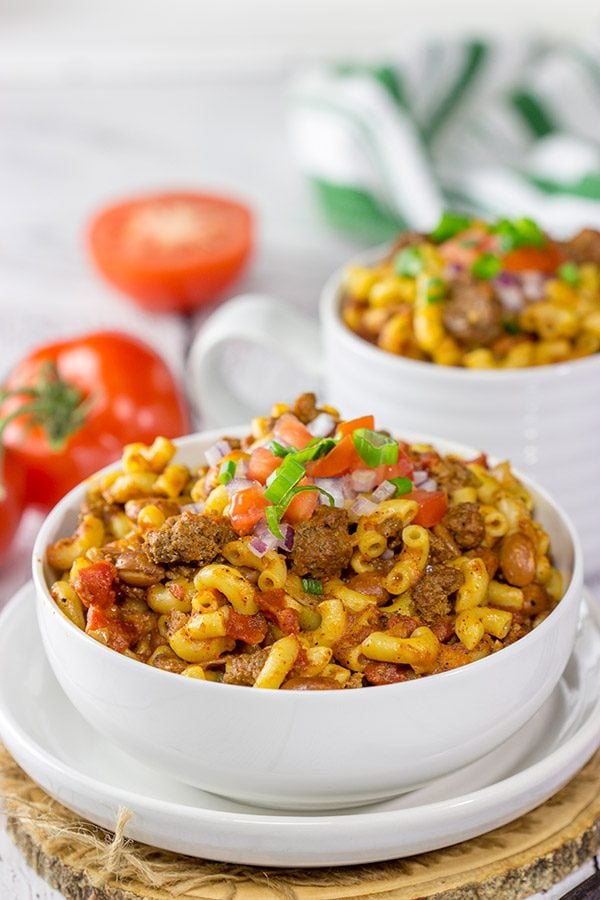