With it’s origins in the French countryside, this Slow Cooker Cassoulet is a classic comfort food meal that’ll keep your belly warm on the chilly nights ahead! 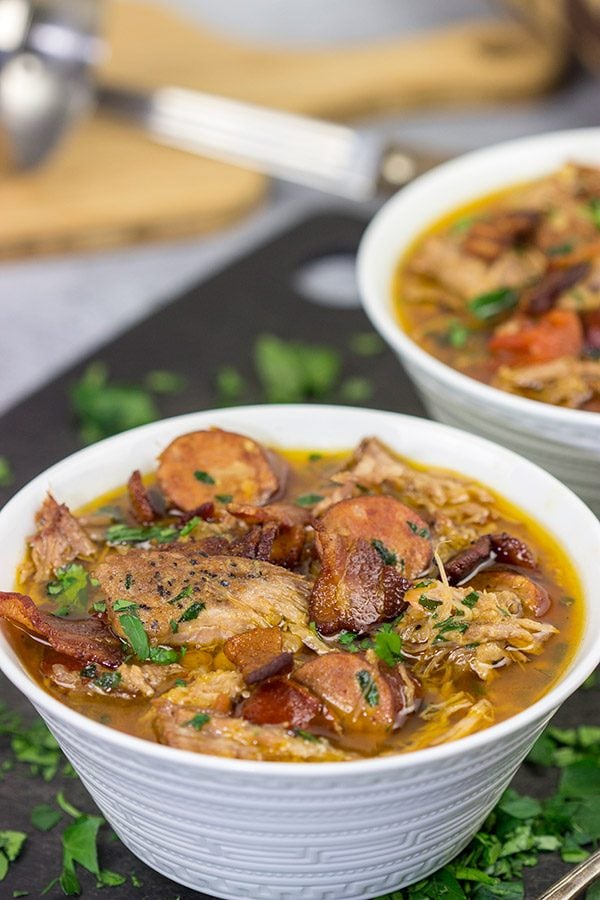 I really gave my slow cooker a run for its money on this recipe.  I absolutely love my slow cooker.  While it gets more of a workout in the winter months, it still makes appearances from time-to-time in the summer.  (This Slow Cooker Cajun Snack Mix is great for a crowd!)  That slow cooker has handled things like a champ for years now…but I really put it to the test this time.

You see, years ago (right around the time I was starting this blog), I worked part-time in a kitchenware store here in town.  That was a fun job since I got to talk about food all day.  We’d occasionally host special events on weekends, and one weekend we had a cassoulet simmering away in the kitchen.  This was a strategic move as it was early Autumn, and the smell of the cassoulet simmering away in the back drew customers into the store.  I wasn’t familiar with cassoulet before that event, but it only took one spoonful for me to be hooked! 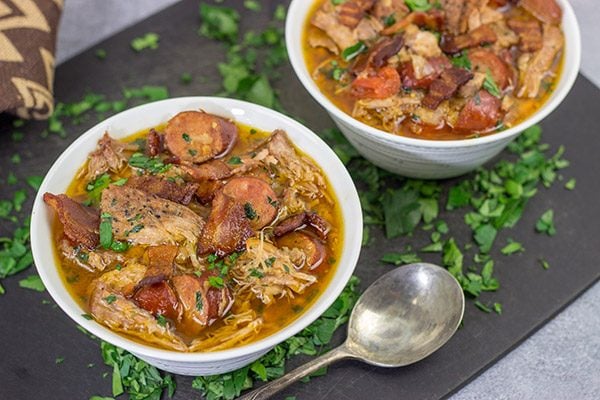 I came home that very afternoon and made another batch of cassoulet for the family.  It was delicious!  Laura (always the eloquent one) nicknamed it “French Pork and Beans.”  In a way, I guess she was right.  But there’s so much more to cassoulet than that!  There’s 3 (!) types of pork – shredded pork, bacon and sausage.  There’s a whole carload of Great Northern beans.  There are some tomatoes.  Heck, there are even a couple cups of wine in there.  Let all that simmer for a bit, and you’ve got one amazing meal ready to go! 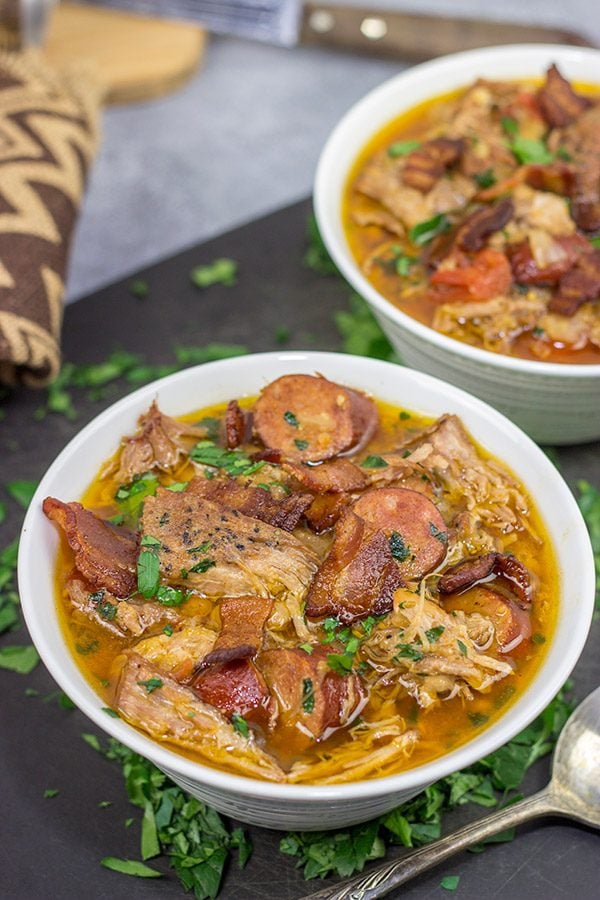 So what exactly is cassoulet?  A cassoulet is a slow-cooked (be it in a Dutch oven or a slow cooker) meaty casserole of sorts.  It originated as a peasant’s meal in southern France, and as such the primary ingredients are white beans, bacon, tomato sauce and perhaps sausage.  Fancier cassoulets made with duck, goose and lamb have popped up over the years, but the origin of this dish is a peasant’s meal.  In fact, the process of cooking cassoulet often calls for starting with the leftover stock from the previous day’s cassoulet.  Similar to how bakeries make sourdough, this means that the life of a cassoulet can be extended for years.  Le Central, a San Francisco bistro, has a cassoulet that’s been going for 43 years now.  43 years!  That cassoulet is older than me! 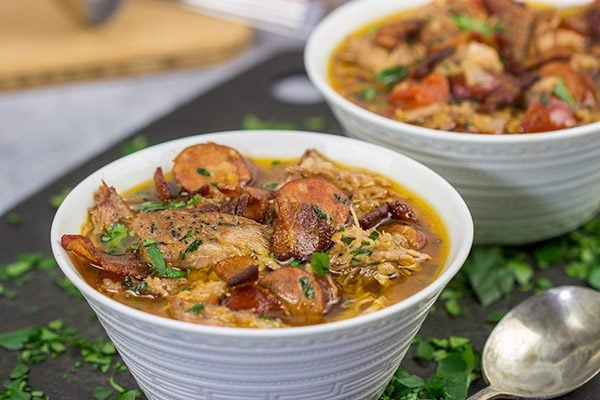 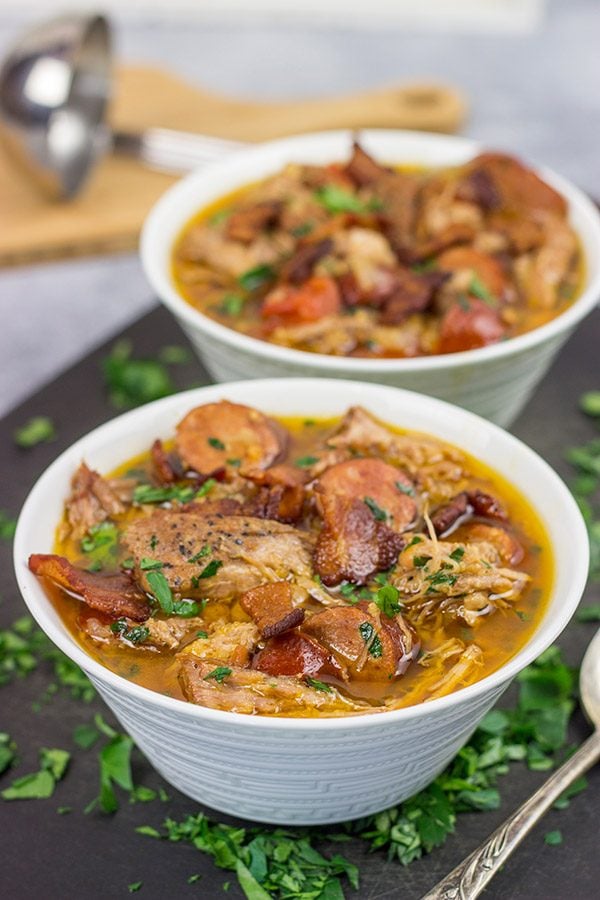 Did you make this Slow Cooker Cassoulet at home?  Leave a comment.  Or snap a photo and tag me on Instagram (@Spicedblog).  Cheers!

Looking for other slow cooker comfort food recipes?  Check out these favorites, too: 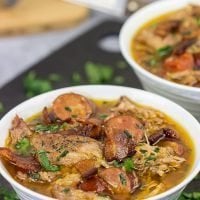