These Easy Maple Pecan Cinnamon Rolls use puff pastry as a base.  They’re flaky and delicious…and super easy to make, too! 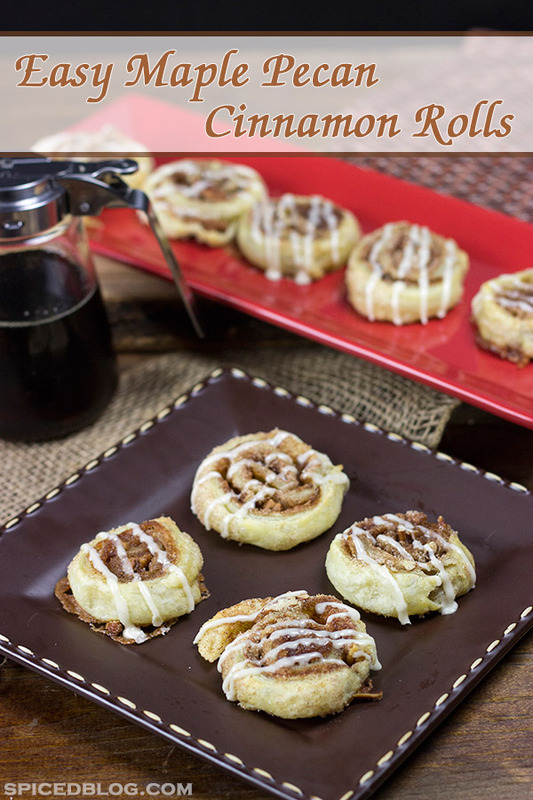 Cinnamon rolls are one of my all-time favorite breakfast treats.  And while I really enjoy making cinnamon rolls from scratch, I admit that the process takes a bit of time.  Now that the holidays are here (and family and friends will be arriving soon), free time can be a bit hard to find. That’s why these Easy Maple Pecan Cinnamon Rolls are the perfect go-to recipe during the holidays!

Instead of making your own dough, just use Pepperidge Farm® Puff Pastry Sheets as the base layer.  Top with cinnamon, sugar, and chopped pecans, and you’ve got a delicious breakfast treat that hardly takes any time at all to make! 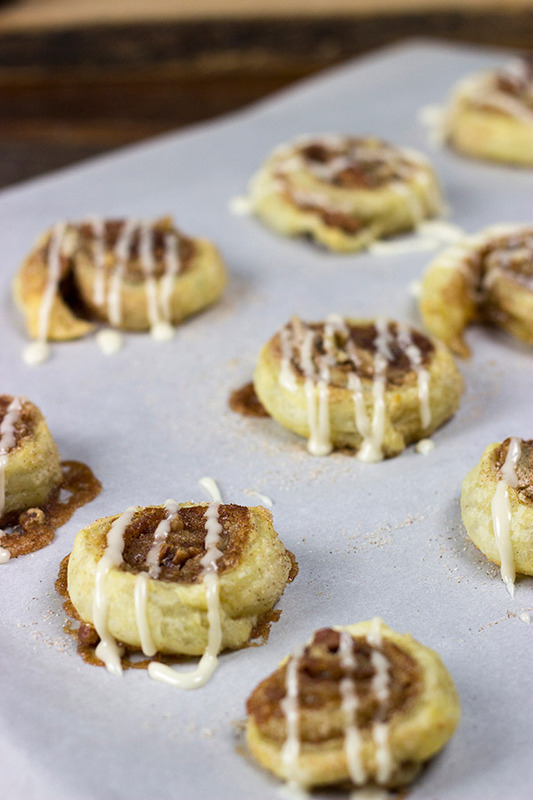 I always look forward to Autumn every year.  The brightly colored leaves and crisp chill in the air really put me in a good mood!  Of course, the traditional Autumn flavors of apples, pumpkins, and maple help out a little bit, too.  (Does anyone else find it funny that maple is often associated with Autumn, yet it is harvested and made in the Spring?)

To bring a little of that seasonal flavor to these delicious cinnamon rolls, I like to drizzle a maple glaze over the top of the rolls once they’ve cooled slightly.  The chopped pecans (which have gotten slightly crunchy while in the oven) add the perfect texture to these cinnamon rolls, too. 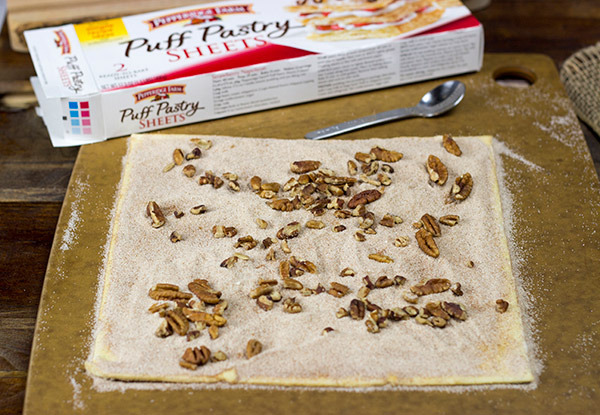 Throughout the holiday season, we often have family and friends over to visit, and I’m always running around cooking and baking up a storm.  But these Easy Maple Pecan Cinnamon Rolls are awesome simply because I can make them in just a couple minutes…and they’re really tasty!

When my wife and I lived in the South, we’d often rent a large cabin with our friends and spend a long weekend playing games and hanging out.  I think I made a huge batch of these cinnamon rolls every single time we did this.  This recipe is perfect for when you want to serve a delicious breakfast treat, but also want to spend time with your guests rather than be in the kitchen.

This is a sponsored conversation written by me on behalf of Pepperidge Farm® Puff Pastry. The opinions and text are all mine. 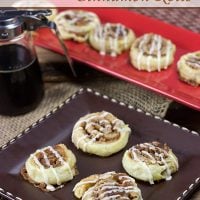 For the Maple Icing