These Maple Glazed Cinnamon Rolls are one of the featured items at Smuggler’s Notch Resort in Vermont.  One bite, and you’ll see why! 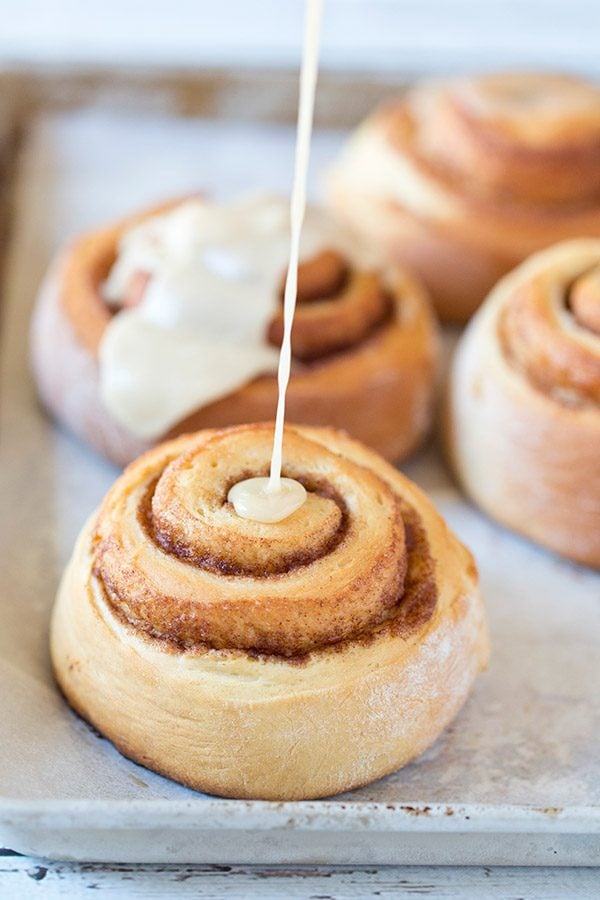 Moooose.  Moooooose.  Yup, that’s our patented moose call that we use every time we drive into Vermont.  No, it hasn’t worked yet.  But we are determined to see a moose on one of these trips!  If you’ve ever traveled in Vermont, then you are well aware of how awesome this state is.  Every state has its own feel and culture, but Vermont is just different.  This wooded state doesn’t really have any large cities outside of Burlington, and there really aren’t any major interstates that cut across the wooded landscape.  Instead, state highways connect town after town.  This means that a drive through the rolling hills and mountains of Vermont is an awesome experience.  You never know what you’ll come across.

For fans of good beer, Vermont actually has the most craft breweries per capita of any state in the country.  Yes, the country.  For fans of outdoor activities, there is no shortage of paths for hiking, biking and climbing.  The Long Trail runs the length of the state and is a favorite for avid hikers.  For fans of skiing, Vermont is well-known for its incredible ski resorts and peaks.  My wife and I recently had the opportunity to travel to Smuggler’s Notch for several days of kayaking, winery and maple farm touring and just generally relaxing.  Oh, and there may have been a lot of good eating in there, too! 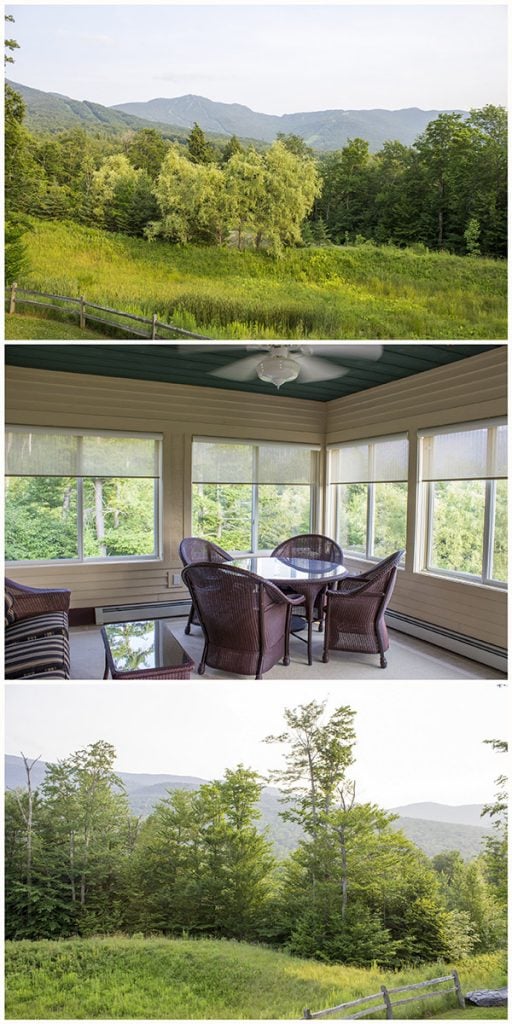 Smuggler’s Notch, located near Stowe in the northern portion of Vermont, is well known as a family ski resort in the winter.  Called “the granddaddy of all family resorts” by MSNBC.com, Smuggler’s Notch (or Smugg’s for short) features 78 trails ranging from beginning level (that’s where you’d find me!) to triple black diamond.  Oh, and they get about 24 feet of snow up there every winter.  But it’s not the winter…at least not yet! 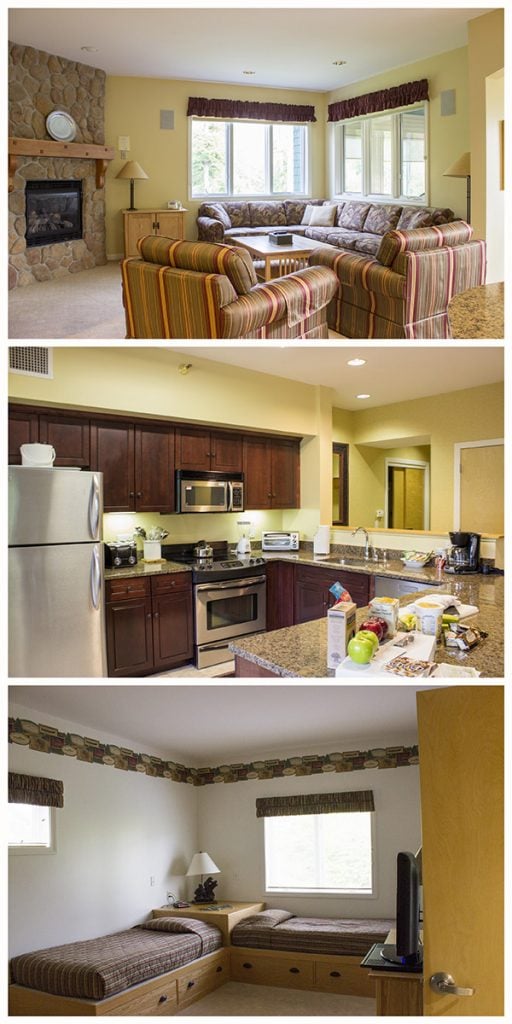 My wife and I took the 3.5 hour drive from our house up to Smugg’s a couple of weeks ago, and our trip was amazing!  It might seem counter-intuitive, but ski resorts are actually a great place for summer vacations.  Sure, Smugg’s might not have had any snow while we were there, but we had more than enough activities to keep us busy.  Smuggler’s Notch has earned a number of awards as the #1 family resort in the country…and it’s easy to see why.  From the eight heated pools on site (several with water slides!) to the ziplines, tennis courts, hiking trails, mini-golf and even llama treks, there are plenty of activities to keep everyone in the family busy.  Yes, I said llama treks.

But let’s talk about the food for a bit, shall we?  After all, I spend my day thinking and talking about food…so it’s only reasonable that you should find some foodie talk here on Spiced!  I can honestly say that the Hearth & Candle was one of the best restaurants that my wife and I have visited since we left Atlanta several years ago.  The chef at the Hearth & Candle absolutely understood how to pair flavors to create incredible dishes.  For instance, my wife ordered the Korean BBQ Chicken and Waffles which featured green onion + ginger waffles topped with local chicken and house kimchi.  (Don’t be surprised when that recipe pops up here soon!)  I seriously would make the drive back and stay at Smuggler’s Notch just to go to that restaurant every.single.night. 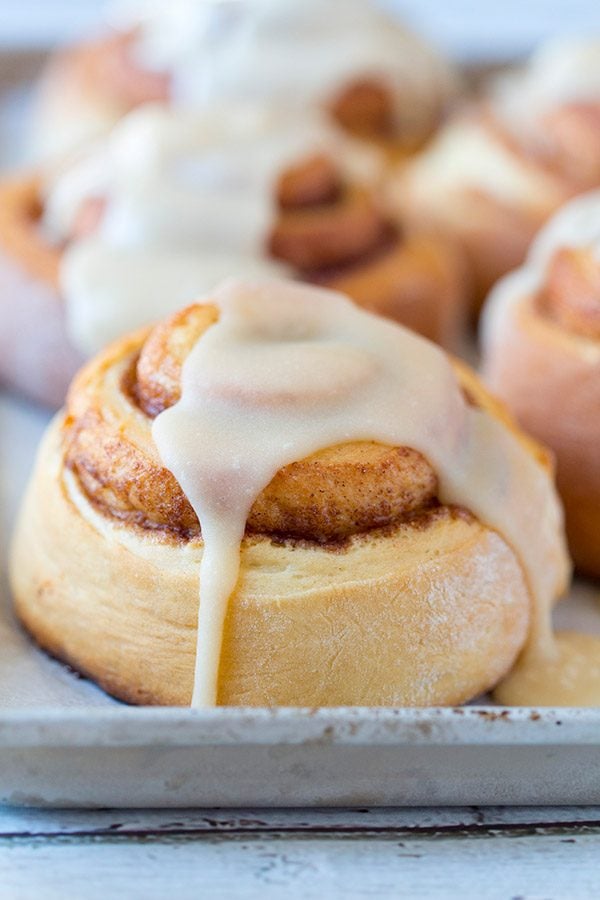 We kicked off our first morning at Smuggler’s Notch with breakfast right in the middle of the Resort Village at the Morse Mountain Grille.  You guys know how much I love my “weekend breakfast food,” and my eyes immediately landed on their signature breakfast item: the Maple Glazed Cinnamon Roll.  This wasn’t just any old cinnamon roll.  This thing was huge!  In fact, we split it among the four of us at the table.

Vermont is the largest producer of maple syrup in the country, and they are proud of their maple recipes.  Maple syrup makes it’s way into everything from house salad dressings to soft serve ice cream.  But this Maple Glazed Cinnamon Roll was a stroke of pure genius.  Combining maple and cinnamon in a decadent breakfast recipe is pretty much my idea of perfection! 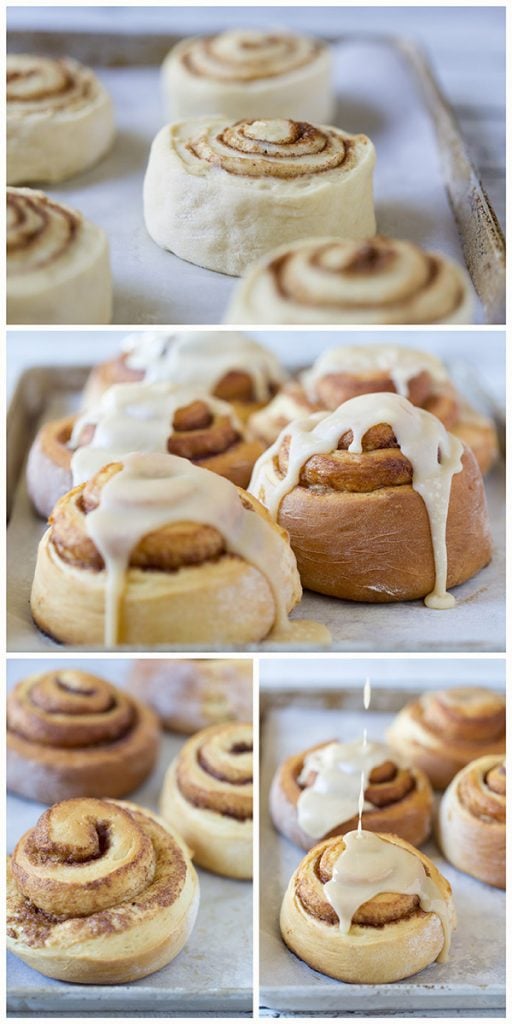 Speaking of maple syrup, we took one of the planned activities out of Smuggler’s Notch to go kayaking down a local river to a maple farm.  How much more quintessential Vermont can you get?  Kayaking to a maple farm!  We may or may not have left with a carload of maple syrup…just sayin’.  And this is just one of the hundreds of various activities at Smugg’s.  After the activities, we were able to retreat back to our 3-bedroom condo for a little rest + relaxation.  This condo included a full-sized kitchen, a large family room and a porch large enough to hold a 4-person dinner table.  I could absolutely imagine splitting this condo in the future with our friends who just had a baby last year.  The adults can hang out in one room while the kids have another all to themselves! 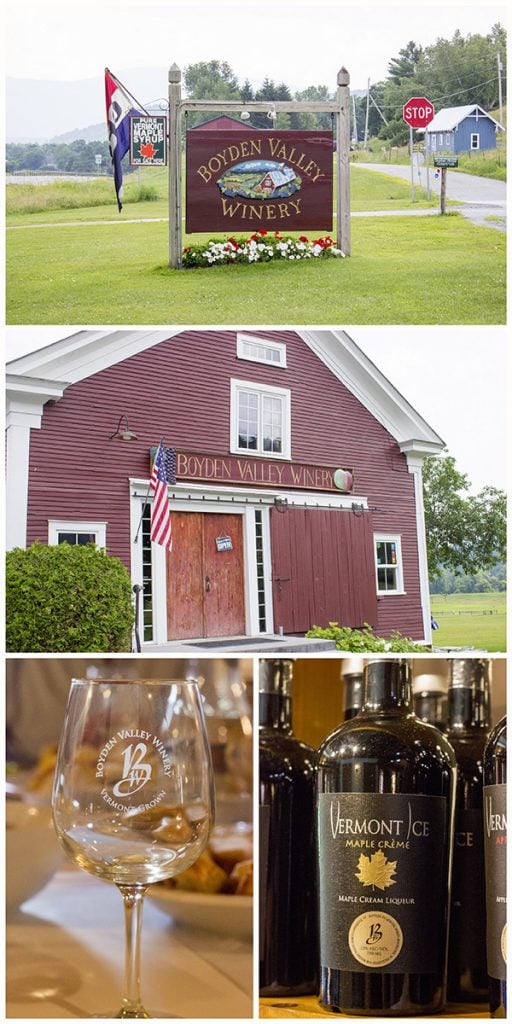 But back to the food…ok, maybe food and drink since we also had the chance to visit Boyden Valley Winery in nearby Cambridge, VT.  The wine tasting was booked through Smugg’s which meant all we had to do was show up and drink wine.  Oh, and eat tasty cheese.  One of my favorite Boyden Valley wines was actually their Maple Cream Liquor.  Think Irish Cream but maple.  Yeah, it’s good.  Between that and their Glogg, a mulled spice wine that is served hot around the holidays, we left with more than a couple bottles in tow. 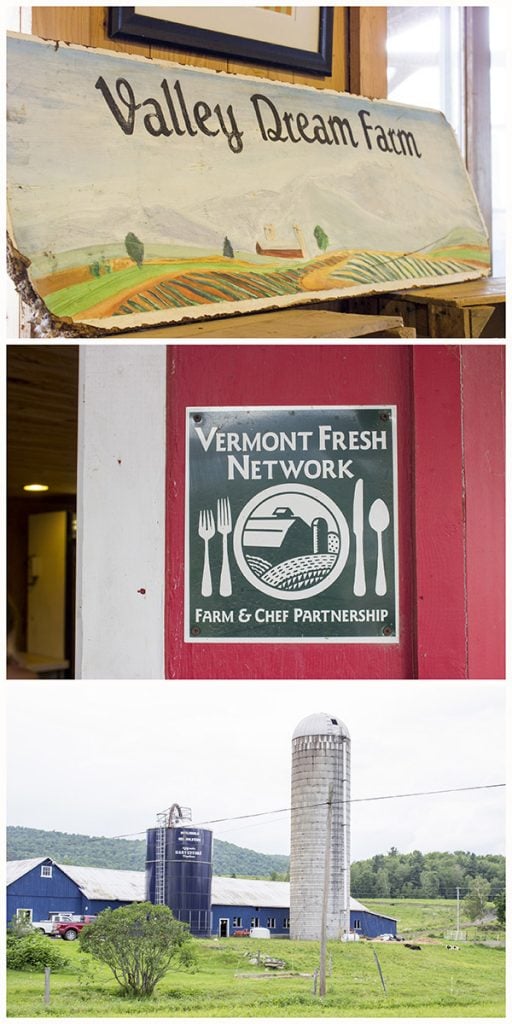 Oh, and how could I forget the local organic farm tour and farm-to-table dinner at Valley Dream Farm about 10 minutes away from Smugg’s?  We piled in for a hayride through their various fields and crops.  Then we unloaded just in time to enjoy a meal prepared by a local chef and served right there at the main building on the farm.  There are literally hundreds of activities to choose from at Smugg’s, and I can say with 100% certainty that we will be back…if for no other reason than to eat at Hearth & Candle and grab another Maple Glazed Cinnamon Roll! 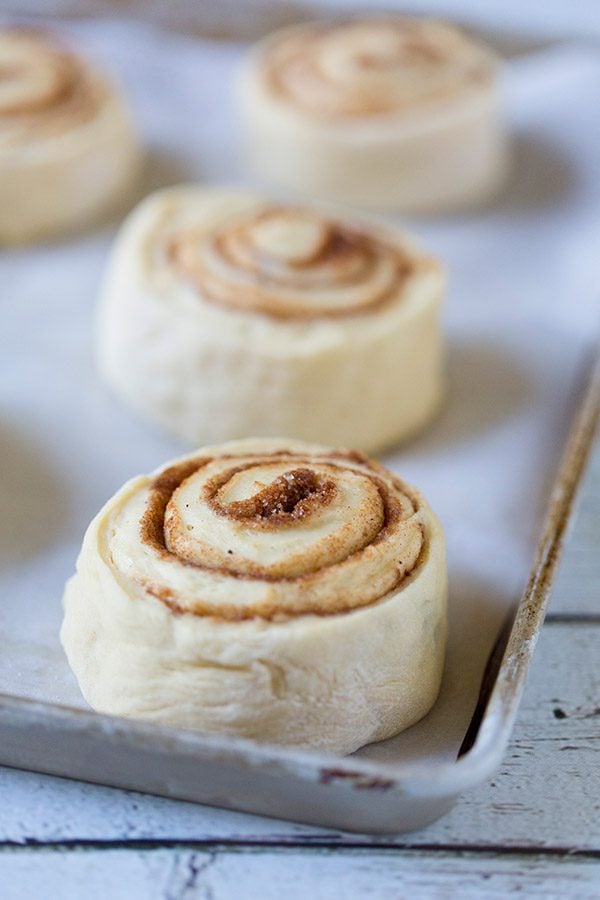 Have I convinced you that you need a vacation yet?  Check out Smuggler’s Notch and book a vacation to put your feet up by the pool.  Or go hiking.  Or kayaking.  Or tour a maple farm and a winery.  Or eat a lot of delicious food.  Or maybe all of the above!

Oh, and I’m crossing my fingers that our next trip to Smugg’s involves a moose sighting.  Moooooose!! 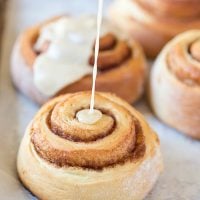 My wife and I received a complementary stay at Smuggler’s Notch as part of this post.  However, all opinions are my own.  Thank you for supporting the brands that support Spiced!