Do you love cinnamon as much as I do?  If so, then a batch of these
Cinnamon Buttermilk Biscuits needs to be in your future! 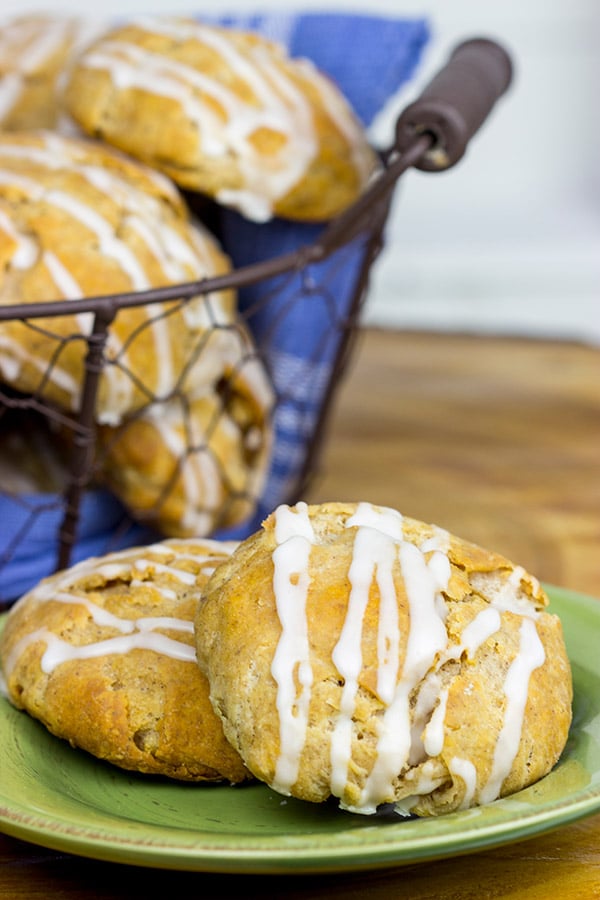 I have a problem with cinnamon, guys.  There, I said it.  It’s out there for the whole world to know.  And this isn’t a new problem.  I’ve had an addiction to cinnamon for my entire life.  Allow me to present Exhibit A: I was in high school when my parents left me alone for the weekend.  I can’t remember where they went, but I had the whole house to myself.  While most kids might have had a raging party in this situation, I instead went and got a party tray of cinnamon biscuits from a local restaurant.  Because in my mind, that is a party.  A party with just two invitations: me and a tray of cinnamon biscuits.  I rest my case. 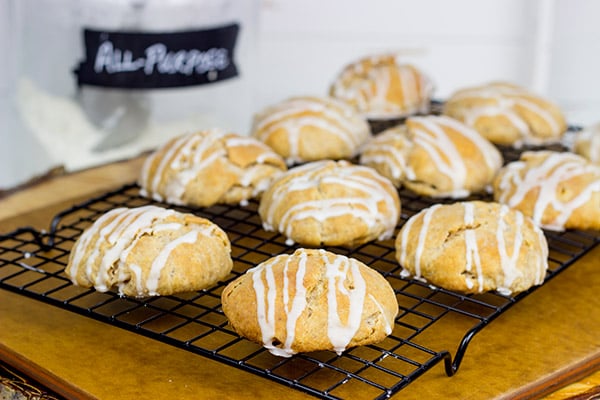 I pretty much love any and all breakfast food.  I don’t discriminate.  Cinnamon buns?  Yup.  Pancakes?  Yup.  Bacon?  Umm, is that really a question?  Hash browns?  Sure!  In our quest to keep our diet somewhat balanced, we’ve been sticking with healthy breakfasts lately…which means a container of Greek yogurt topped with granola.  I’m not gonna lie…that yogurt is really tasty.  But its not cinnamon biscuits.  Sure, there is cinnamon in the granola (did I mention my addiction to cinnamon?), but sometimes a guy just wants biscuits for breakfast. 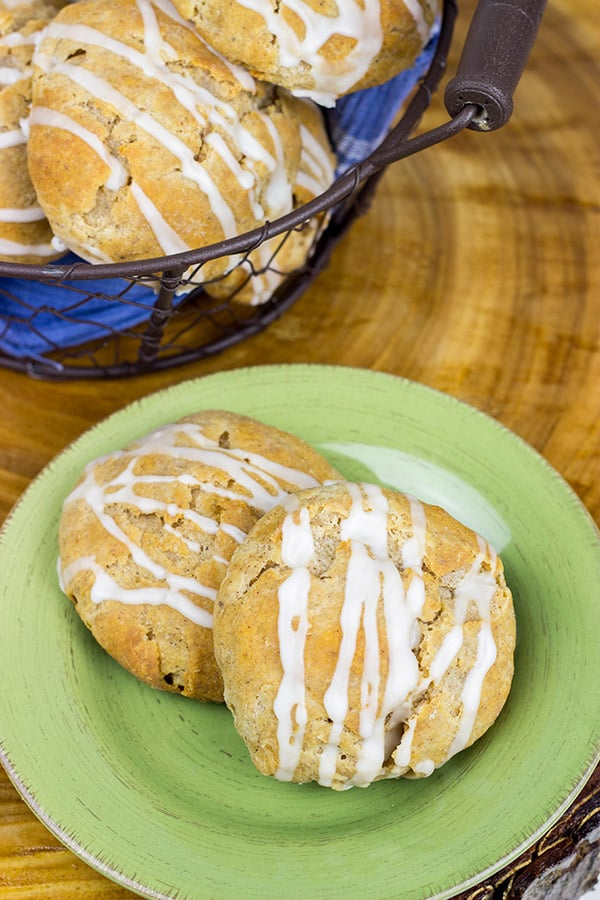 I didn’t reinvent the wheel for these Cinnamon Buttermilk Biscuits.  I just slightly adapted my recipe for Southern Buttermilk Biscuits instead.  By “adapted,” I mean added cinnamon and a dash of nutmeg.  That’s it.  Oh, and I did finish these bad boys off with a drizzle of icing.  Just because. 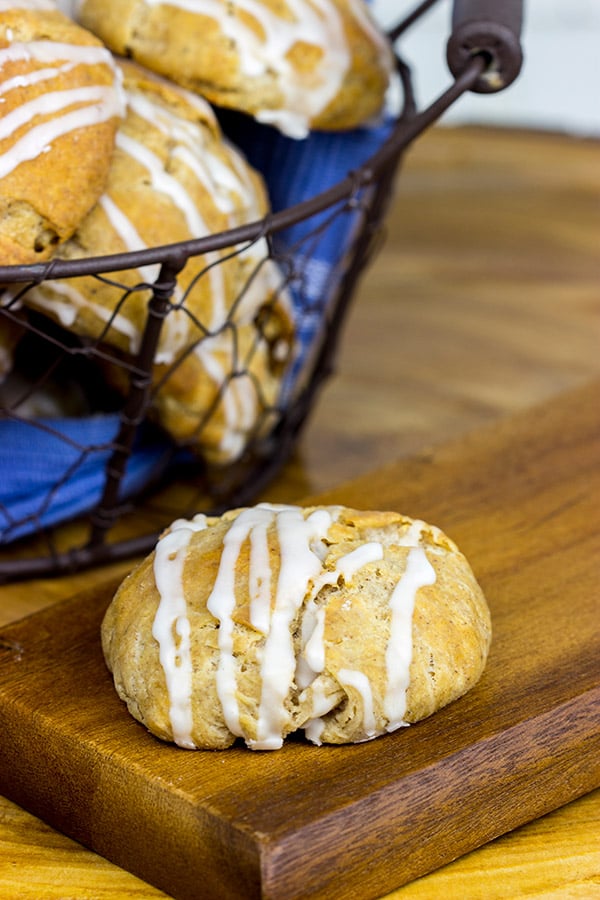 While I’ve been on a bread baking kick lately, my yeast-averse readers can take joy in the fact that these biscuits are leavened entirely by baking powder.  No yeast here.  That means these Cinnamon Buttermilk Biscuits can be whipped together in the morning.  The only “trick” is that the dough is pretty sticky, so make sure to use extra flour when cutting and shaping these biscuits.  Throw ’em in the oven, and it won’t be long before your whole house will be filled with the delicious smell of fresh biscuits.  Just promise me that you’ll send me an invitation to the cinnamon biscuit party? 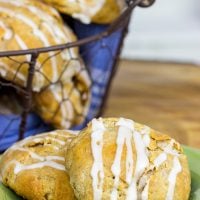 Do you love cinnamon as much as I do?  If so, then a batch of theseCinnamon Buttermilk Biscuits needs to be in your future!
Print Pin Rate
Prep Time: 20 minutes
Cook Time: 20 minutes
Total Time: 40 minutes
Servings: 12 servings
Calories: 217kcal

For the Icing (Optional)