A toasted slice of this Homemade Cinnamon Raisin Bread with a glass of fresh orange juice is the perfect way to start your day! 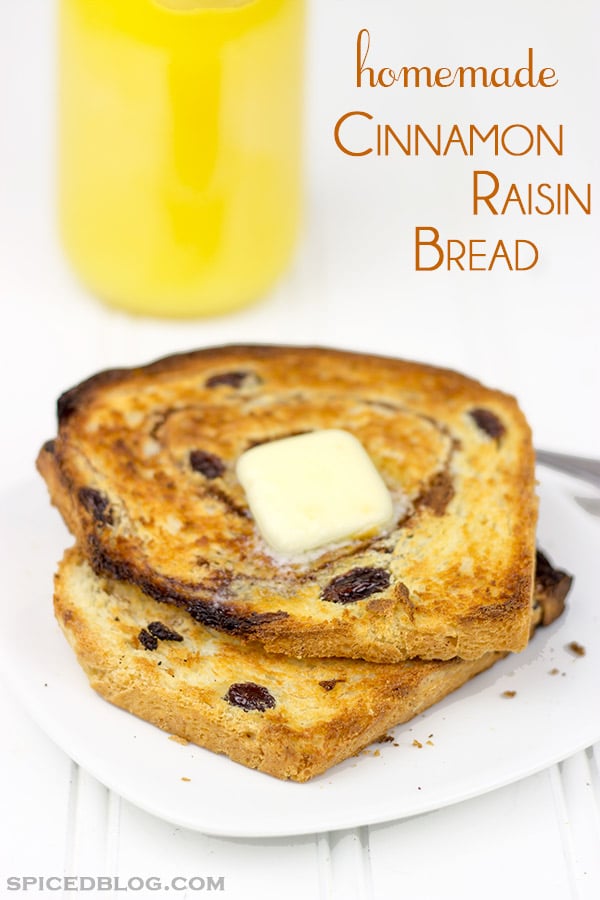 If I had to pick, I’d probably say cinnamon is my favorite spice.  That’s a hard call for me since there are so many delicious spices out there, but cinnamon is my ultimate go-to spice.  Aside from it’s normal uses like on top of oatmeal and in granola, I’ve become fond of adding a dash of cinnamon to my chocolate cakes.  (A 1/2 tsp of cinnamon in this Death by Chocolate Cake is pretty darn amazing!)  But I think my wife is onto my trick.  The other day I baked a batch of these tasty Chocolate Espresso Muffins.  When my wife walked in the door, I told her that the muffins had a secret ingredient in them.  She just looked at me and said, “Let me guess.  It’s cinnamon.”  Busted.  Except the joke was on her since those muffins didn’t have any cinnamon in them.  But I bet they’d be delicious with a dash of cinnamon.  Just sayin’.  So you can imagine my love for any recipe that calls for cinnamon as a featured ingredient.  One of my favorites is this Homemade Cinnamon Raisin Bread.  A slice of this bread is absolutely perfect with a cup of hot coffee on weekend mornings! 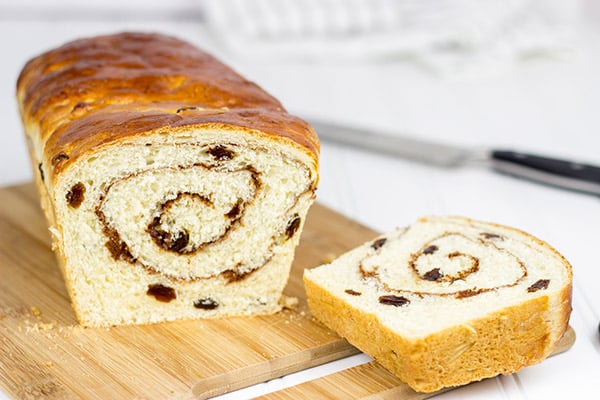 Back when I was in grad school (and before I got into baking bread), one of my guilty pleasures was picking up a loaf of cinnamon-raisin bread from the store.  Toasted with a bit of butter, that bread was pretty darned magical.  But this homemade version is better.  I kid you not.  (Trust me, I know my cinnamon bread!) 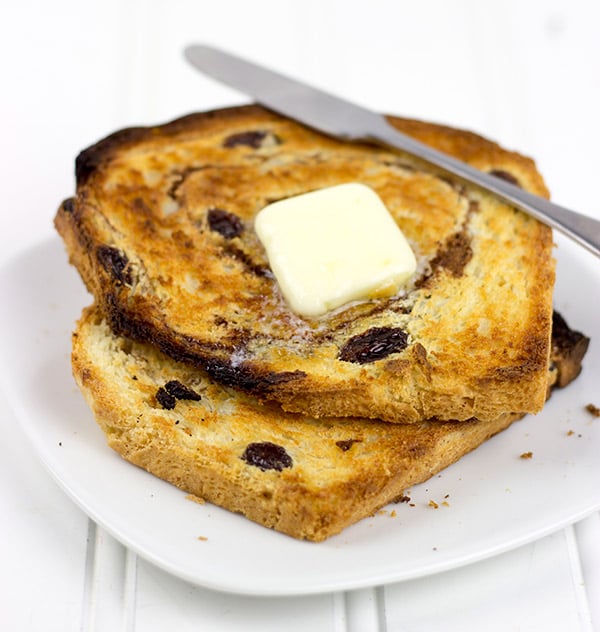 The dough for this Cinnamon Raisin bread is soft…very soft.  If you’ve ever made any sort of rustic bread or pizza dough, then you’re probably familiar with a stiff bread dough.  This dough is not stiff.  (On a side note, this flexible plastic bowl scraper is one of my favorite tools in the kitchen.  Seriously.)  You might even think you did something wrong when you look at this finished dough.  Just go with it.  It’ll turn out to be one of the tastiest loaves of cinnamon raisin bread you’ll ever eat!  Oh, and I’ve also discovered a new trick for toasting this bread.  If you have a toaster-oven, then toast a slice of this bread like normal for a minute or two.  Then switch it over to broil for another minute or two (watch it closely since it will burn quickly).  The top of the slice gets all nice and crispy while the bottom has just a slight crunch to it.  Ok, I’ll stop talking about cinnamon raisin bread before you realize how crazy I really am!  Enjoy! 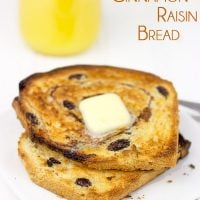 For the Egg Wash

For the Cinnamon Swirl