Apple cobbler or cheesecake for dessert?  Why not both!  These Apple Cobbler Cheesecake Bars are a tasty way to end a chilly Autumn day! 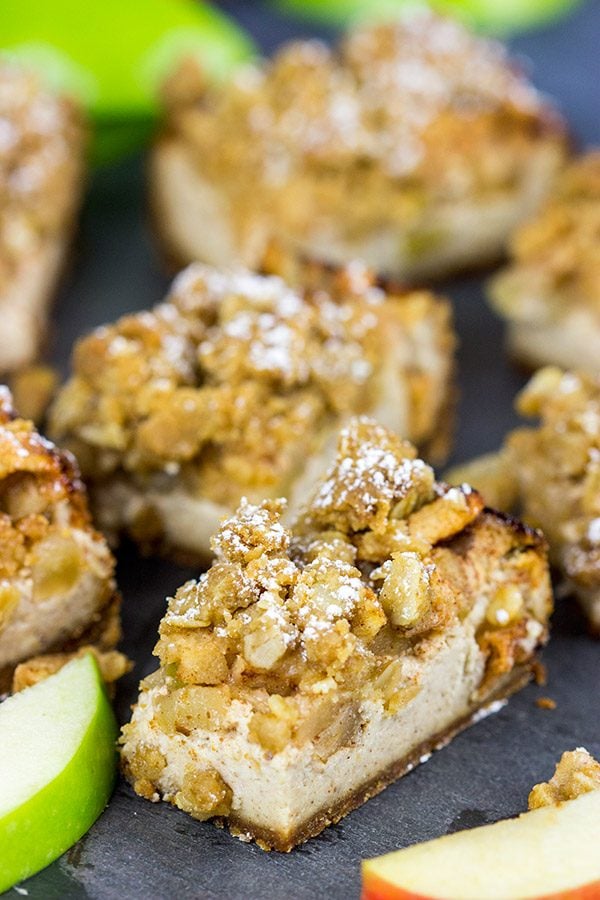 Back in the middle of the summer, we made our yearly trip down to Maryland to visit Laura’s family.  Friday is reserved for eating Maryland blue crabs on the back deck while Saturday brings a potluck picnic with her whole family.  (And Laura’s family is huge!  I think we had 30+ people there this year…and that’s only part of one branch of her family tree.)  Our contribution to the picnic was a batch of cheesecake bars.  I mean it’s cheesecake, and it’s bite-sized.  How can you go wrong there? 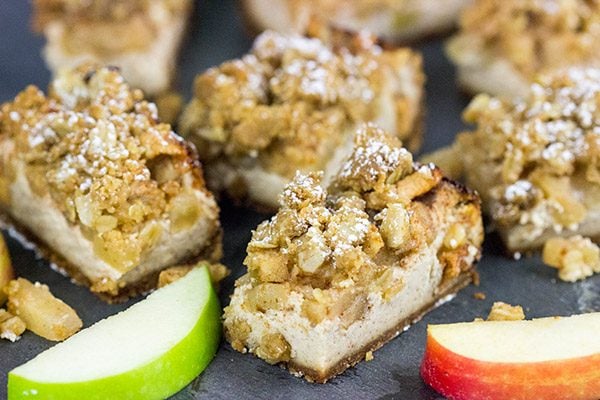 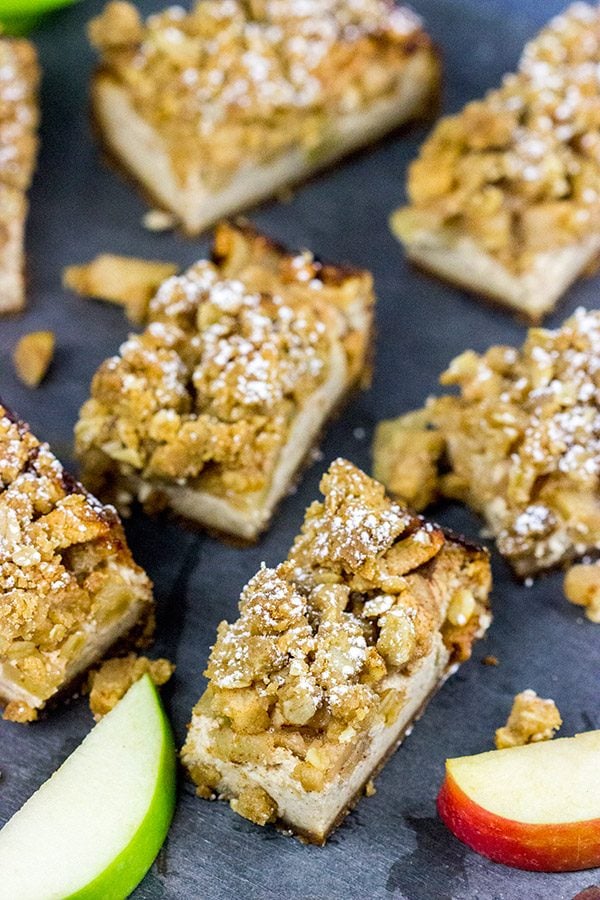 You guys might remember that we have a couple of apple trees growing in our backyard.  We planted them when we moved in about 6 years ago (geez…time flies), and we’ve been getting a couple apples from them each year for several years now.  We have to fight the squirrels though!  We also have a cherry tree and a nectarine tree.  But here’s my problem: our nectarine tree is getting rather large.  And tall.  And I’m not tall enough to get up to the nectarines at the top.  (What can I say?  I guess I just prefer low-hanging fruit.) 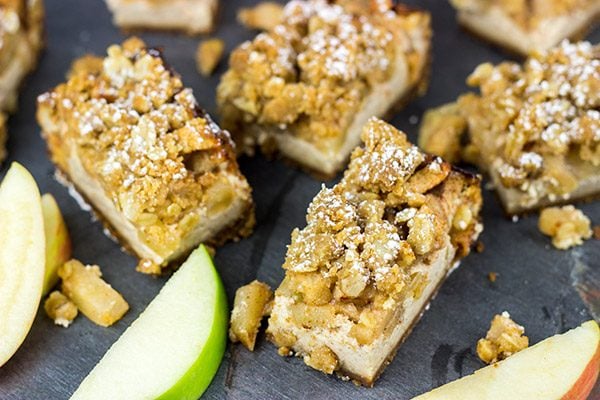 During our drive down to Maryland, we noticed a number of peach orchards along the highways.  Well, I should say Laura noticed them.  I was busy dodging 18-wheelers trying to pass each other while going up a mountain.  (That’s one of my biggest pet peeves about road trips!)  But all of the peach trees we passed were cut-off on the top.  And that made me realize that maybe we should go in and cut the top off of our nectarine tree.  Now I know peaches and nectarines are different, but they’re still pretty similar.  So I need some advice.  Should we prune back the top half of our nectarine tree like they do in the peach orchards?  (Kathy, I’m looking at you here!) 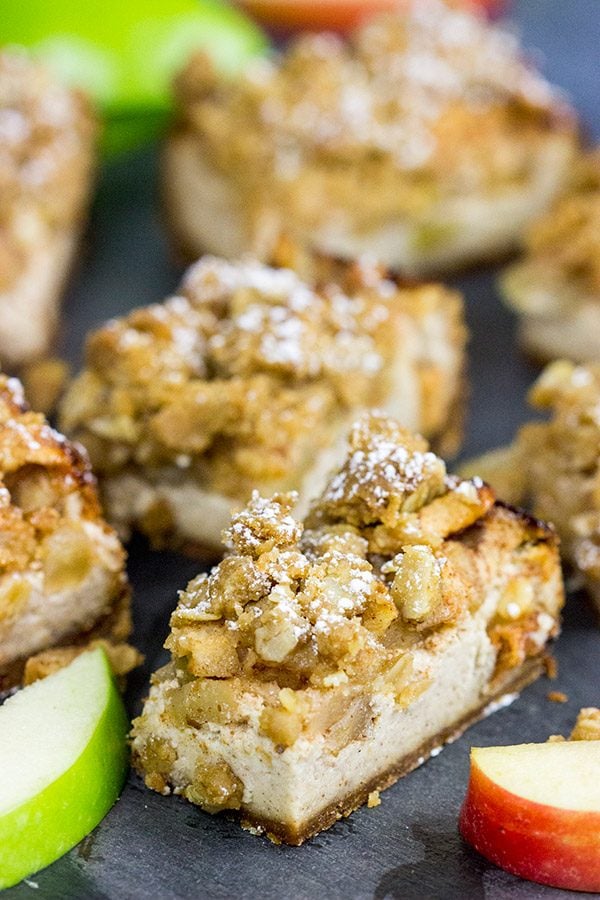 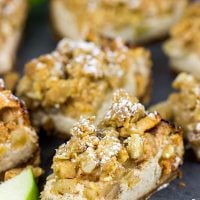 For the Crumble Topping

For the Crumble Topping

If you don’t happen to have apple pie spice handy, just use 1 tsp ground cinnamon, ½ tsp ground nutmeg, ¼ tsp ground cardamom and ¼ tsp allspice. I know 1 hour and 45 minutes seems like a very long time to bake this recipe…but it needed that long for the cheesecake layer to bake. I attribute this to the juicy apples on top, although I’m not entirely sure why. Either way, it’s worth the wait! Adapted from Food Network.