This Caramel Apple Crisp tastes like Autumn in a bowl! 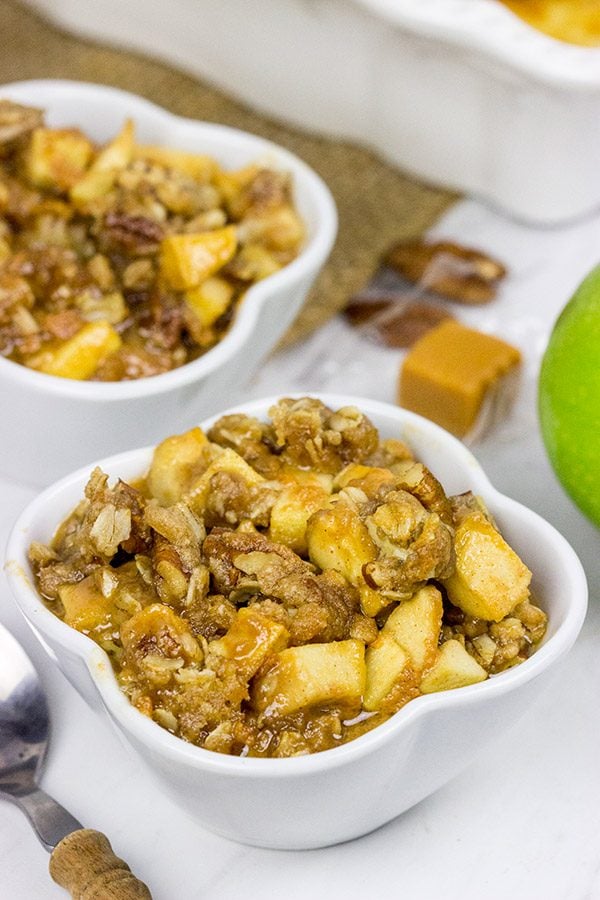 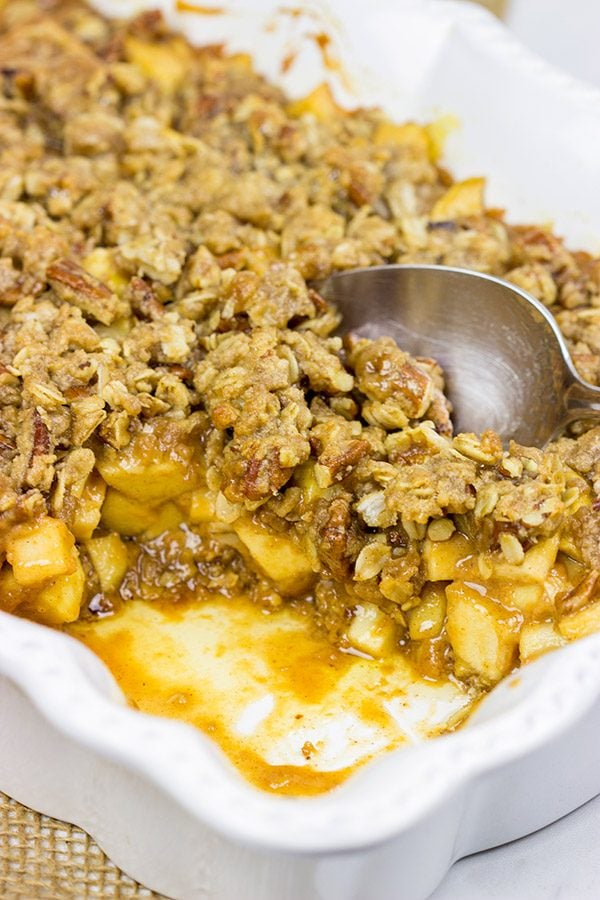 Caramel apples might be overshadowed by the pumpkin spice monster, but that shouldn’t stop us from enjoying this tasty combo.  Pumpkin spice, you just need to wait until October.  September is caramel apple season!

We recently celebrated the season with this amazing Caramel Apple Crisp.  It’s really quite easy to make thanks to a little shortcut involving caramel candy.  Yup, those individually wrapped caramels in the candy aisle?  Melt ’em down and they become a great topping for this Caramel Apple Crisp!  (Feel free to make your own caramel apple sauce if you’re so inspired, though.  I used to do stuff like that.  Then we had Robbie.) 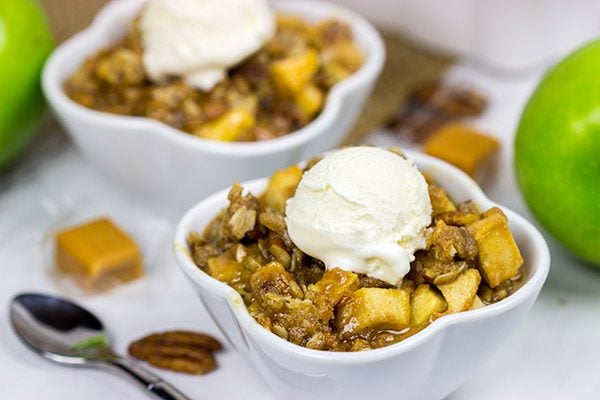 One of my favorite parts of this Caramel Apple Crisp is actually not the caramel or the apples.  Imagine that.  It’s the topping.  The combination of oats, pecans, brown sugar and cinnamon is amazing!  It gets nice and crispy as it bakes, and it provides the perfect bite when combined with the apple-caramel filling.  It’s like Fall on a spoon…or a fork…or your hands…or however you choose to eat your crisp!  Add in a scoop of melty vanilla ice cream, and you’ve got a treat that will have everyone (including yourself) wanting more! 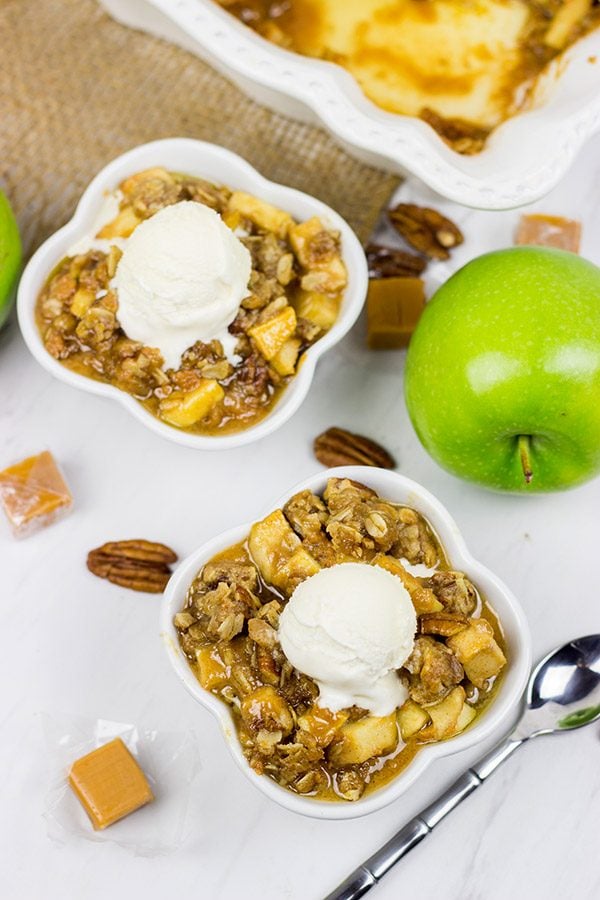 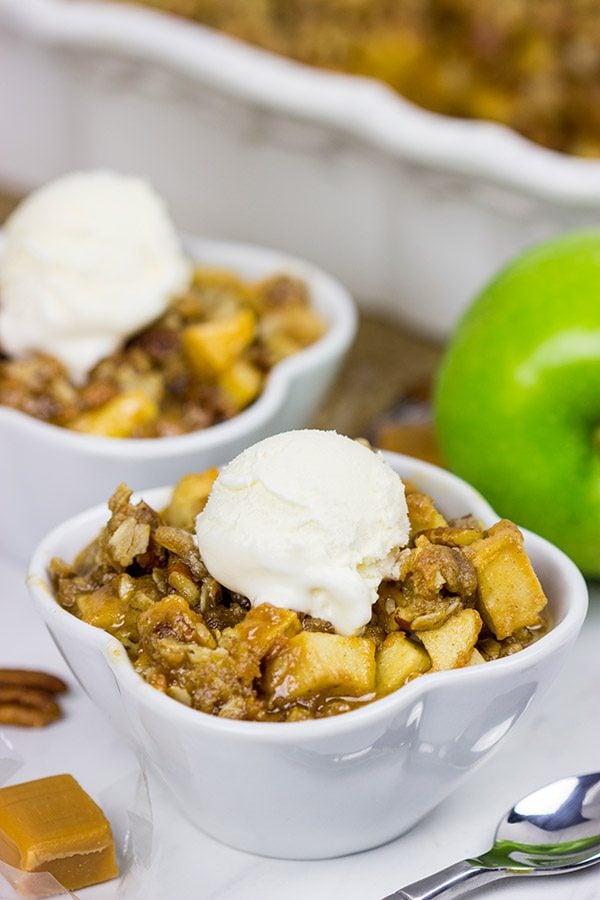 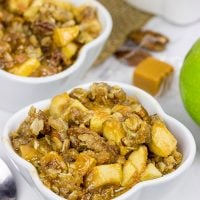 The Crust layer may seem a little dry. That's ok! The apples and caramel filling will give off a bunch of liquid while baking, and the crust helps soak it up.

If you’re looking for another fun Fall recipe, give these traditional Caramel Apples or this Caramel Apple Cheesecake a shot! 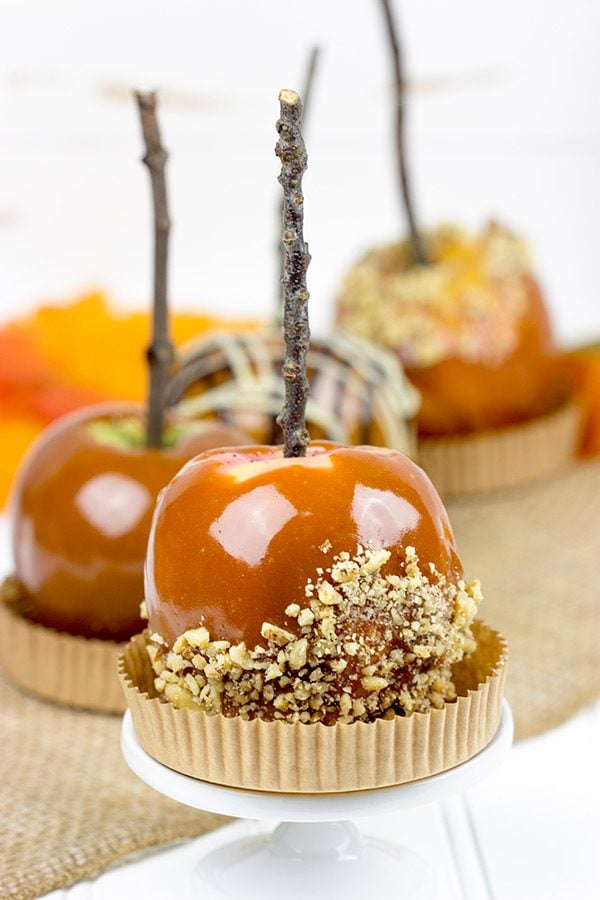 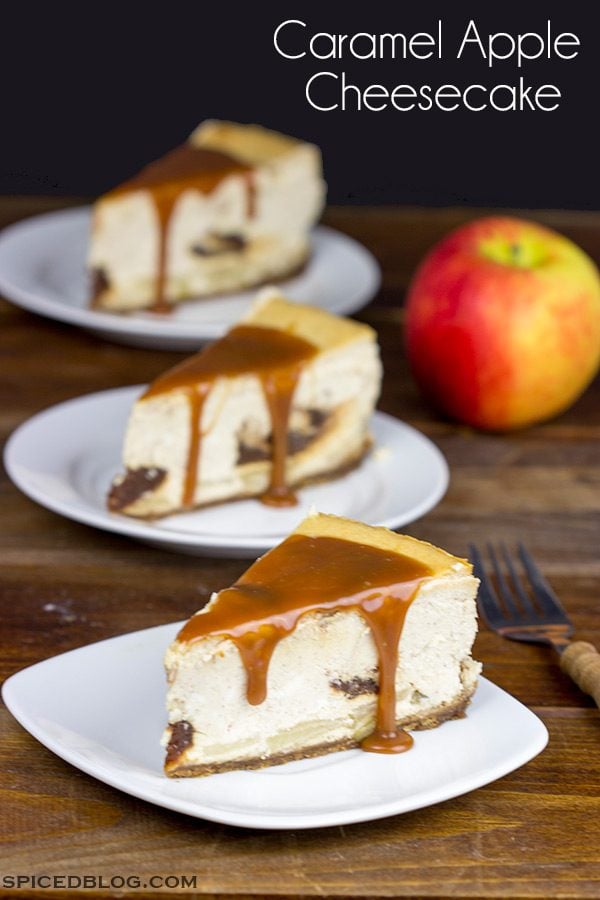