This Spinach Artichoke Stuffed French Bread is a tasty appetizer to serve while watching your favorite sport on tv! 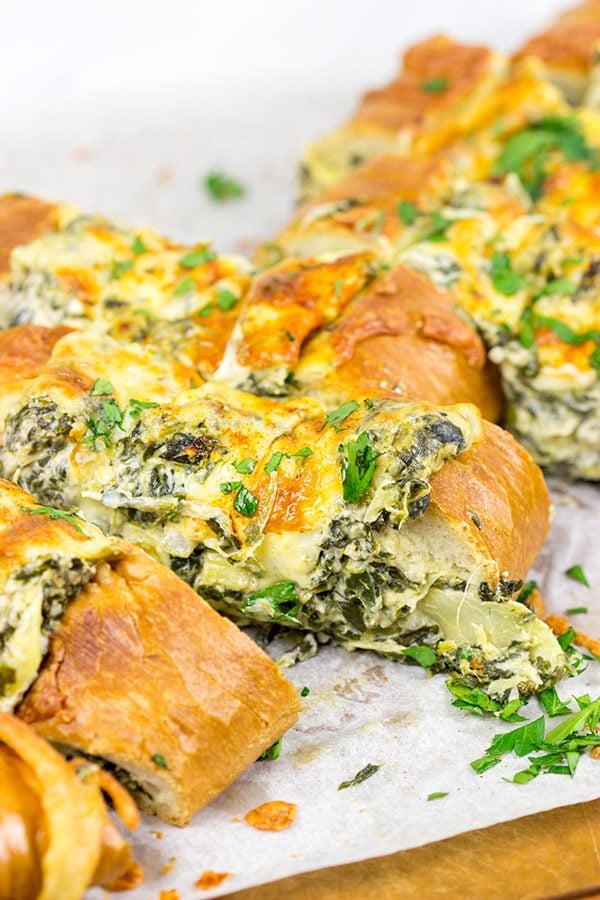 “Take me out to the ballgame!  Take me out with the crowd.  Buy me some peanuts and cracker jack.  I don’t care if I never get back…”  October is here, and that means it’s time for playoff baseball.  Are you guys baseball fans?  Truthfully, I used to love baseball.  I mean loved it!  I watched every single Atlanta Braves game I could, and I would read the Sports section of the morning paper to study the stats.  I collected thousands upon thousands of baseball cards.  (Those cards are now living under my bed.  I just can’t bear to part with ’em.  Even if they are essentially worthless.) 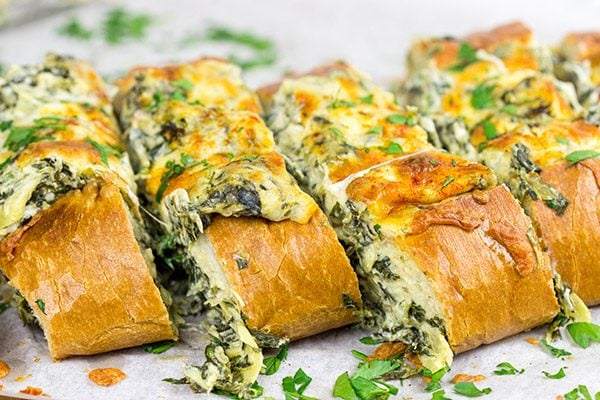 However, playoffs are different.  Playoffs mean the end of the season for one team.  Playoffs mean the chance at a championship.  Playoff games mean something!  So as we head into pro baseball playoffs and the World Series, I figured we’d look back at some of the best ballpark foods of the year.  Oh, wait, did I say best?  I meant worst.

Globe Life Park in Arlington, Texas has been offering a 2-foot long hot dog for several years now.  That bad boy comes with it’s own carrying case so you can get it back to your seat.  As insane as a 2-foot long hot dog sounds, it’s still a hot dog.  But this year, they’ve been selling what they call the Texas Snowball.  Snowballs sound tasty, right?  Well this snowball is actually a ball made from smoked brisket (yum!), dipped into funnel cake batter and deep-fried (maybe yum) and then dusted with powdered sugar (that’s it.  I’m getting off this train.)  Since when is powdered sugar combined with smoked meat a good idea?  To be fair, the Texas Snowballs have received at least some positive reviews…but I’m still skeptical. 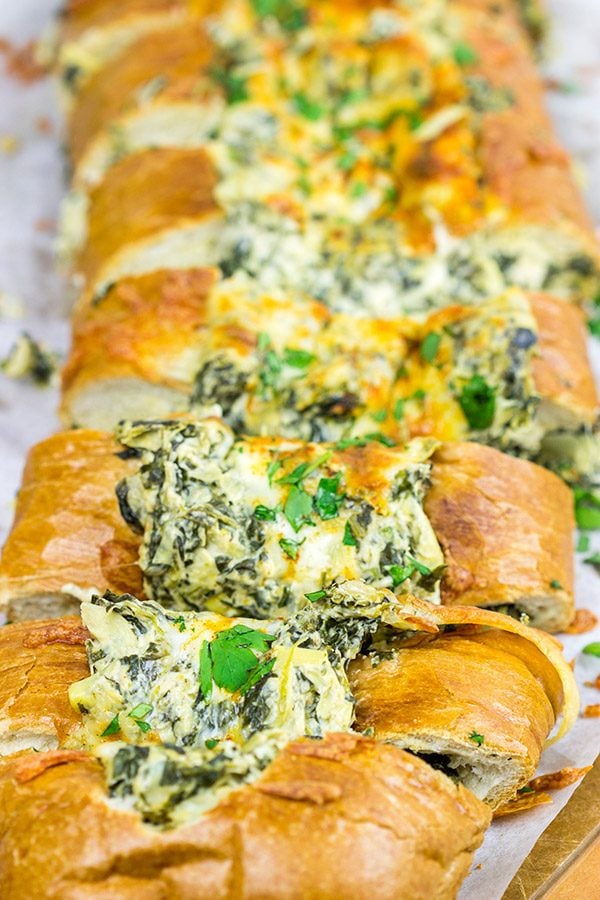 Continuing our tour of terrible ballpark food, let’s head up to Philly.  Citizen’s Bank Park in Philadelphia has been offering a 9-patty cheeseburger this season.  9 patties!  That’s 9 meals right there!  And it clocks in at a measly 5,100 calories.  Seriously?  Who thought this would be a good idea?

Let’s bring this discussion back around to something a little more normal, shall we?  Like this Spinach Artichoke Stuffed French Bread.  I mean that sounds crazy, but not near as crazy as eating 9 hamburgers or smoked brisket covered with BBQ sauce and powdered sugar.  This Spinach Artichoke Stuffed French Bread is the perfect food for watching baseball playoffs at home!  (Or college football games if you’re like me.)  This bread is pretty much the classic dip (heck, it IS the classic dip) just served in a toasty loaf of French bread rather than with tortilla chips. 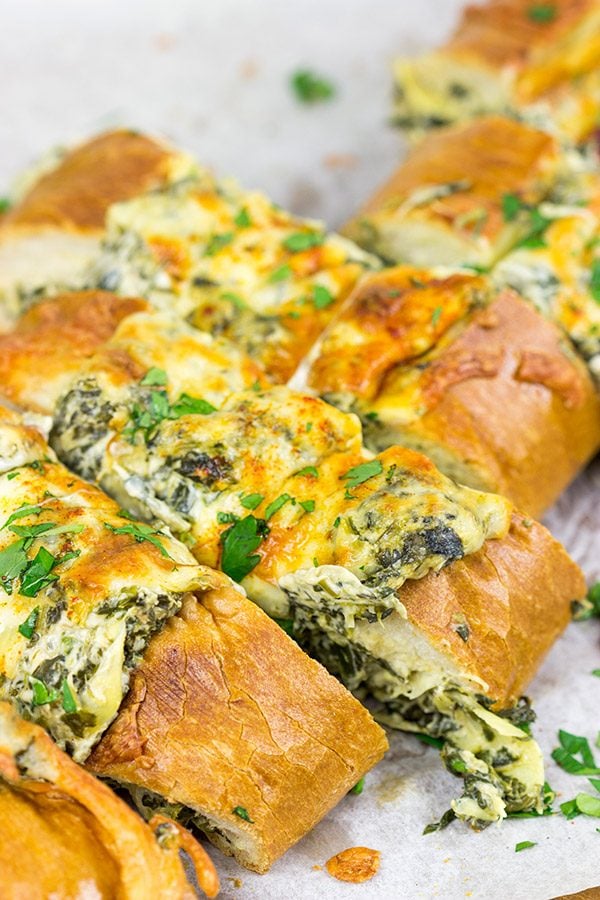 For this Spinach Artichoke Stuffed French Bread, I made my go-to spinach artichoke dip.  I then stuffed that dip into the middle of a store-bought loaf of French bread.  (You don’t need anything fancy here.  I picked up a $1 loaf at our grocery store.)  Let that bad boy bake in the oven for a bit until the cheese is all gooey and the bread is lightly toasted, and you’ve got one amazing appetizer!  Laura and I actually ate this for dinner one night.  Chips and dip for dinner sounds ridiculous.  But Spinach Artichoke Stuffed French Bread?  Not ridiculous at all!  And if any ballparks are out there reading this, I highly recommend adding this to the menu next season!

Would you get toasted grasshoppers at a baseball game? 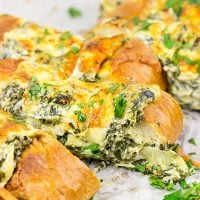