Mulligatawny Soup is a creamy, curry-flavored soup that originated in southern India.  This unique soup is delicious!  In fact, you can’t eat this soup standing up – your knees buckle! 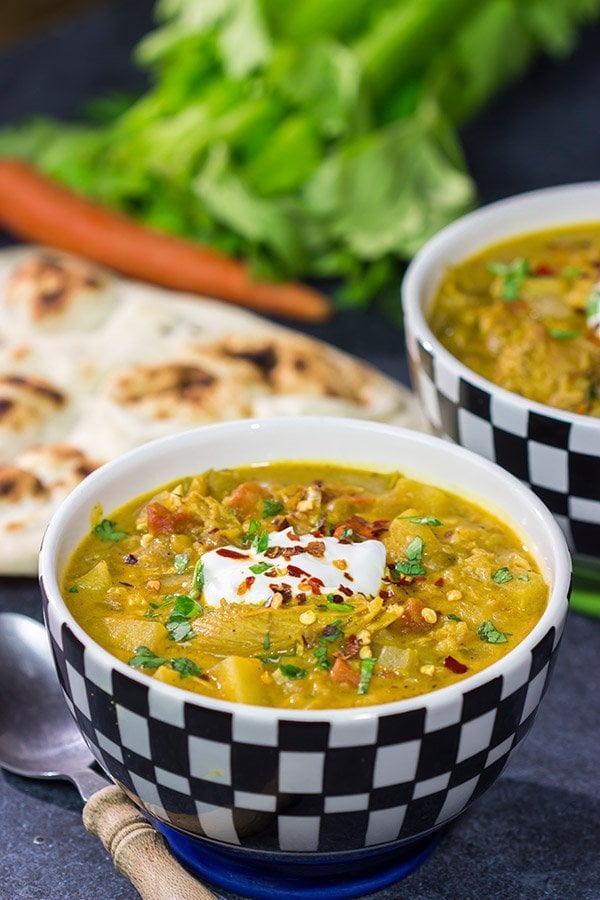 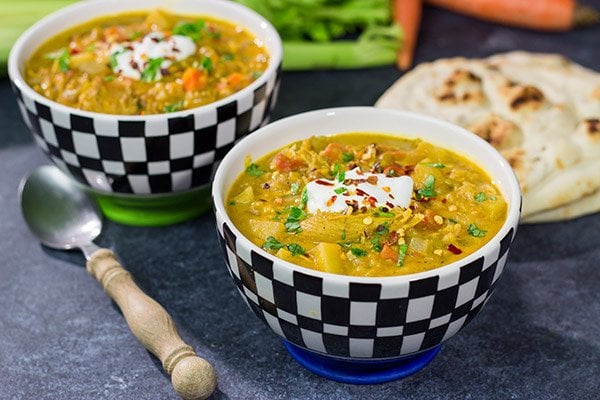 The funny thing about the Soup Nazi is he is a relatively small character in the overall timeline of the show.  There are 180 episodes of Seinfeld over it’s 9-year run, and the Soup Nazi only appears in 2 episodes.  Nevertheless, his name is forever linked with the show.

In one episode, Elaine asks Kramer if he needs anything.  Kramer responds that a good bowl of Mulligatawny Soup from the Soup Nazi would hit the spot.  Elaine asks what Mulligatawny Soup is, and Kramer answers, “It’s an Indian Soup, simmered to perfection by one of the great soup artisans of the modern era.”  While Mulligatawny Soup is certainly not as well known in the world of soups, I have to agree with Kramer here.  It’s one heck of an amazing soup!  In fact, you can’t eat this soup standing up – your knees buckle!

I didn’t grow up eating many international foods.  In fact, I wasn’t really exposed to Indian foods until I met Laura.  She loves Indian food, and over the years I’ve come to really enjoy various Indian dishes myself.  For me, one of the biggest roadblocks for Indian food was the fact that I didn’t know what was in it.  I’d see a creamy sauce poured over rice, but I had no idea what went into that sauce.  That scared me.  It shouldn’t have scared me, but it did.  So I avoided Indian food – even when Laura would rave about how good it was. 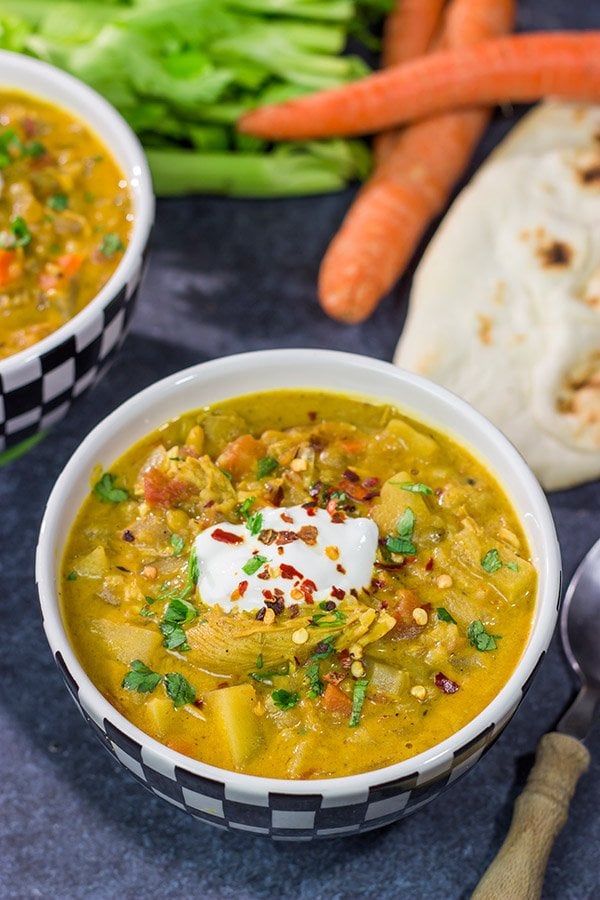 Not too long after we moved to upstate New York, I had the opportunity to co-host two small cooking classes with Suvir Suran.  To be fair, co-host is a big stretch.  I was more like Suvir’s sous-chef, and I certainly didn’t deserve to be standing next to one of the legends in Indian cooking.  Suvir appeared on Top Chef: Masters and also ran Dévi, a New York City restaurant that specialized in Indian home cooking.  Dévi was the first Indian restaurant in the US to earn a Michelin star.  Needless to say, I learned a lot working alongside Suvir for those cooking classes.

The most important thing I learned from Suvir?  There is nothing to be afraid of in Indian home cooking.  That, and always chop cilantro right before you use it.  (I had chopped the cilantro a couple hours early in preparation for our class – oops.)  Oh, and don’t double the cayenne or salt when you double a recipe. 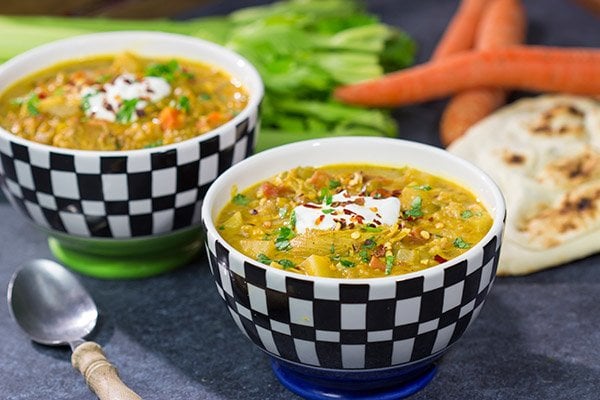 Mulligatawny Soup is a relatively new soup for me, but I have to say that this has earned a spot in the yearly rotation of winter soups.  This soup is creamy and delicious!  Yes, it’s got a notable Indian flare thanks to the curry powder and turmeric, but the taste of those Indian spices will keep you coming back for more.

Vegetables in soup?  Completely normal.  Apples in soup?  What in the Sam Hill?  I will admit that I was a bit skeptical about using 2 green apples in this Mulligatawny Soup.  However, once the apples simmer in the soup for a bit, they take on the flavor of the rest of the ingredients.  In fact, I wouldn’t have even known the soup had apples if I hadn’t made this recipe myself.  Laura guessed they were chunks of celery, and I would’ve guessed they were potatoes.  Nope, apples.  But the tartness from those apples adds an important element to this recipe.  Don’t omit them – even if it does sound a bit odd to put diced apples in soup! 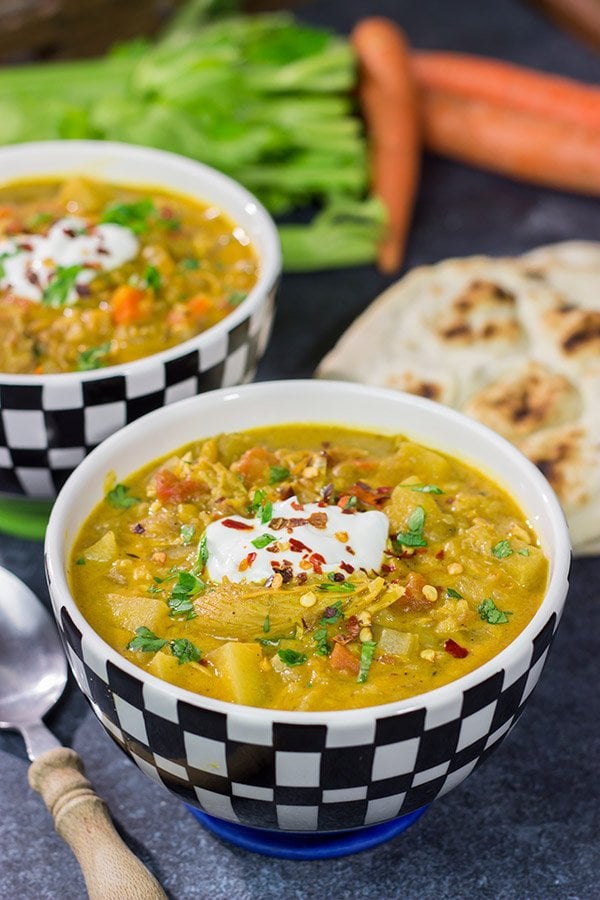 If you’ve never had Mulligatawny Soup, then put this one on the menu for a cold day.  Or perhaps you’ve had this soup, but never made it at home – put a batch on the stovetop this weekend!  This soup is the ideal type of comfort food for chilly winter days!

Did you make a batch of this Mulligatawny Soup at home?  Leave a comment, or snap a photo and tag me on Instagram (@Spicedblog).  I’d love to see your version! 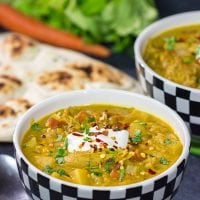 Looking for more Indian recipes?  Check out these other favorites:  (Laura requests that Chicken Tikka Masala on a fairly regular basis – she says it’s better than a restaurant!) 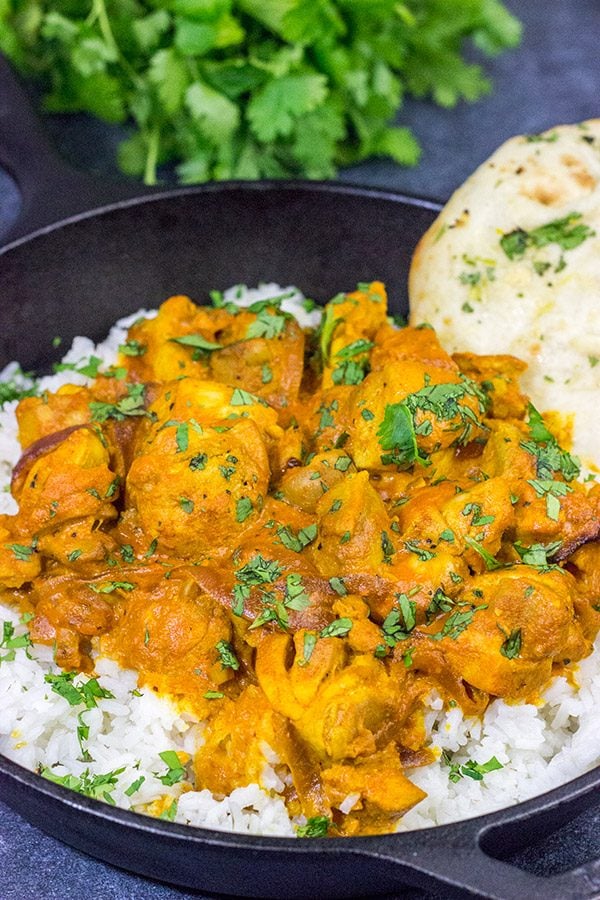 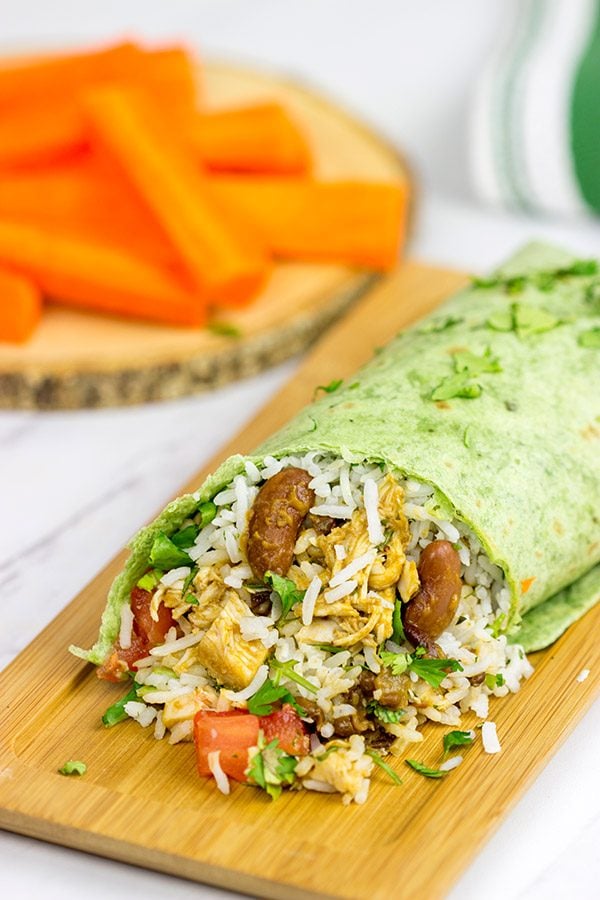 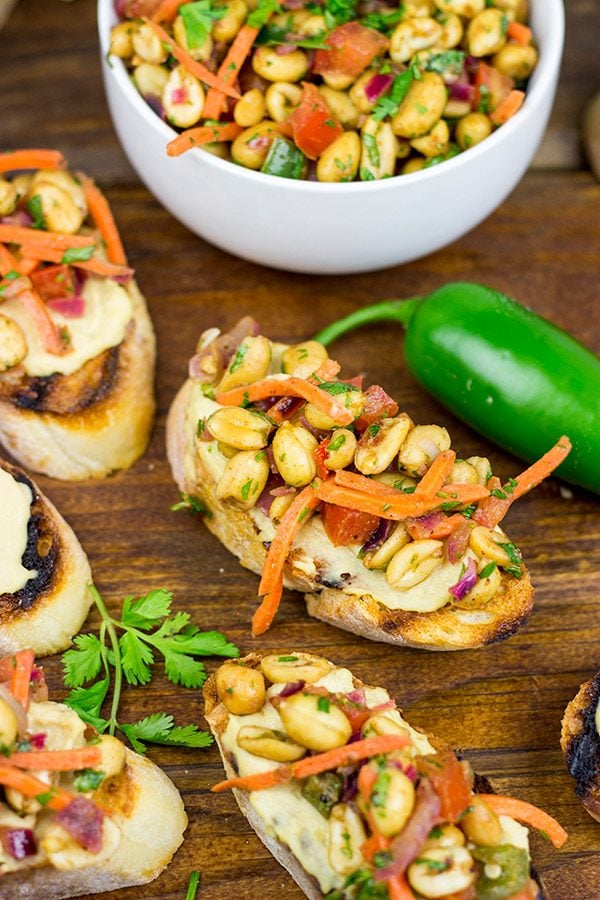 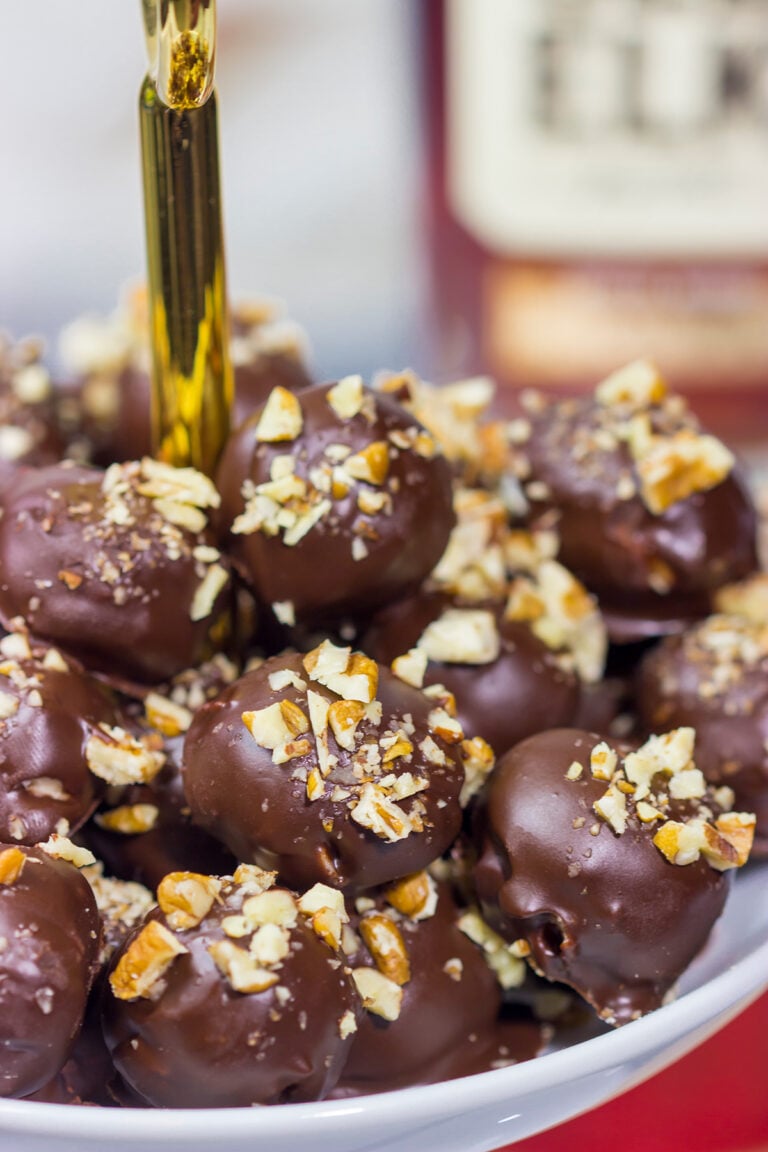 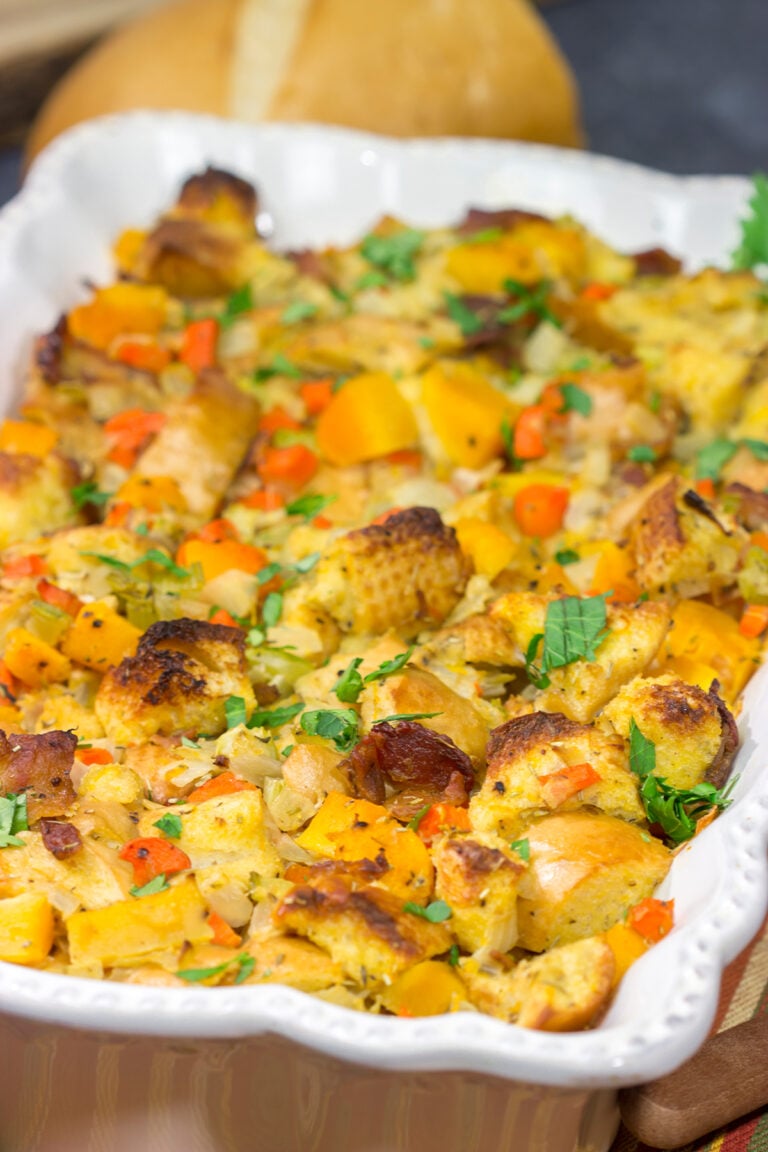 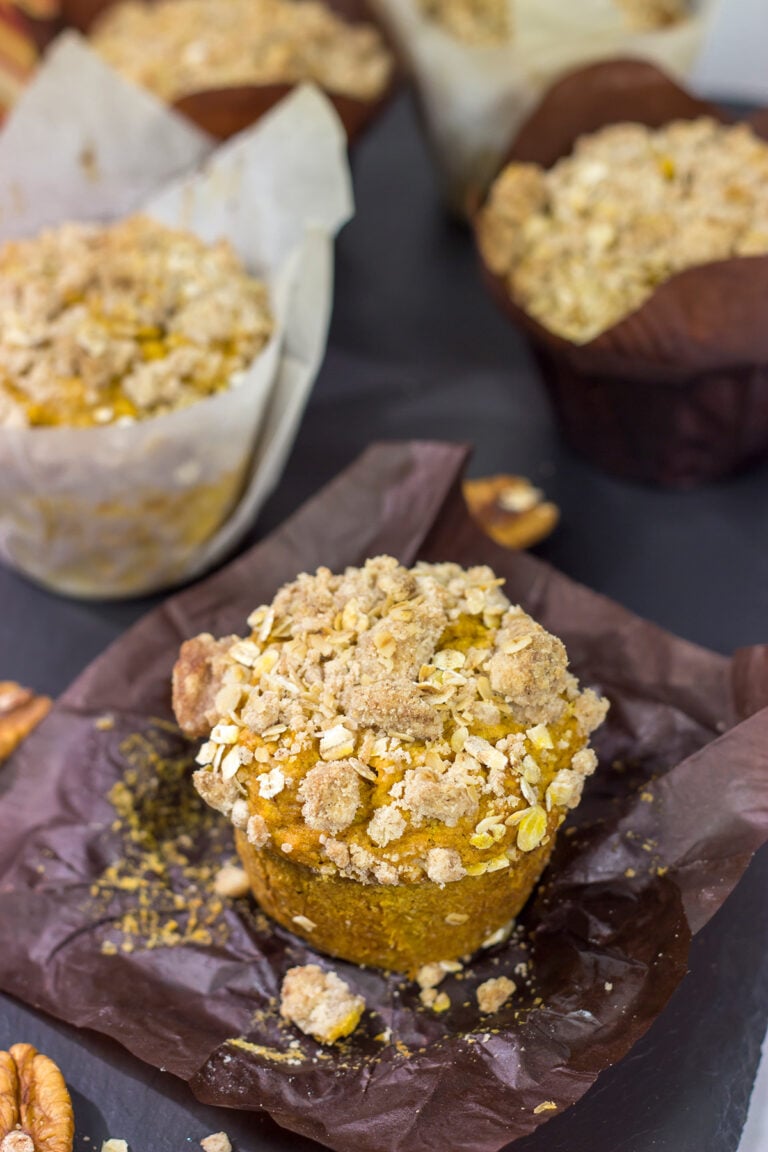 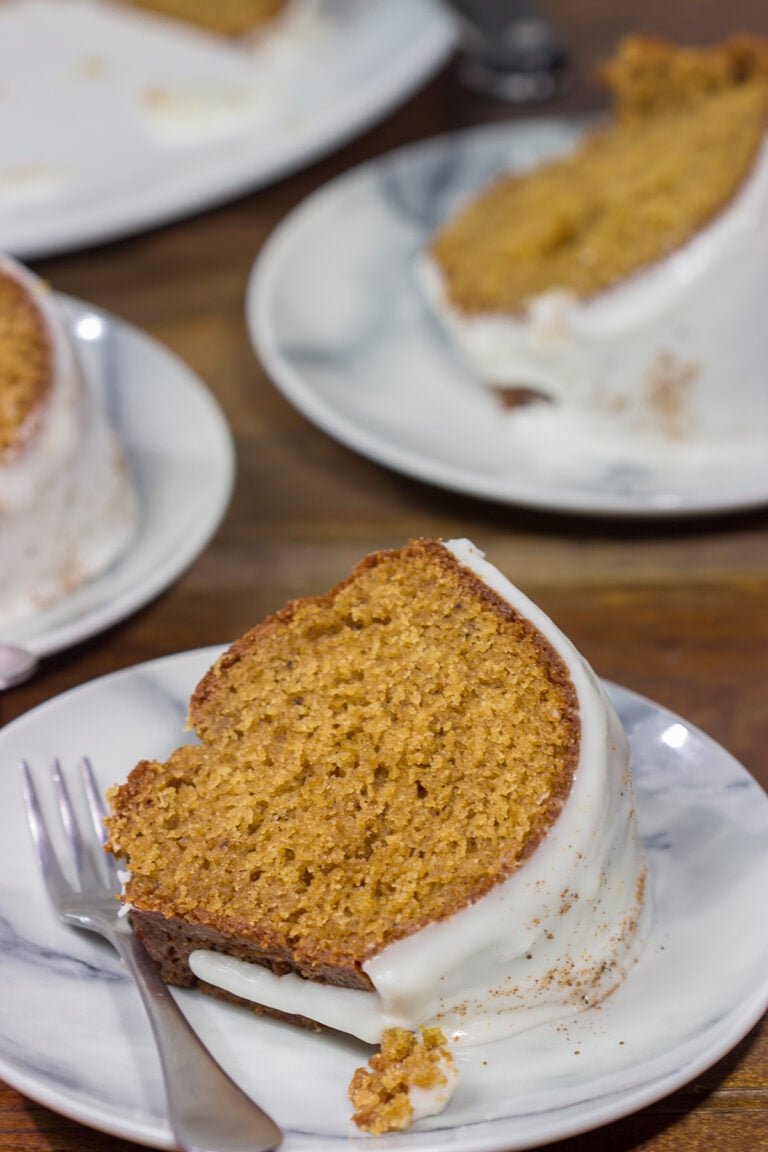