Put a comfort food spin on a classic restaurant favorite.  These Surf and Turf Nachos are topped with juicy steak and flavorful shrimp – whip up a batch for dinner this weekend!

I’ve never been one for a big night out on the town.  Don’t get me wrong.  I really enjoy a trip to our local steakhouse.  However, given a choice, I would much rather make that steak at home and curl up on the couch in the basement for a movie night.  That’s how these Surf and Turf Nachos came about.

Surf and turf is a classic ‘fancy’ menu item.  Steak + seafood combined together as a main course.  The ‘surf’ part is often lobster or shrimp while the ‘turf’ part is typically a beef steak – often a filet mignon.  With Valentine’s Day coming up in a couple of weeks, I’m sure a bunch of restaurants will be advertising surf and turf dishes.  After all, what better way to say ‘I love you’ than combining two of the most expensive menu items together into one?  j/k. 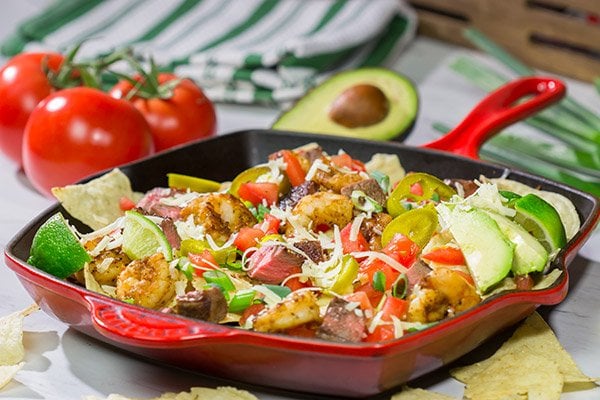 While a classic steak topped with seafood would be tasty, I personally had more fun using those flavors combined with a favorite comfort food – nachos!  At their most basic form, nachos are just chips and melted cheese.  I have no issue with tortilla chips covered with melted cheese.  I’ll gladly make a plate of cheesy chips disappear!  But if you top those nachos with juicy steak and tender shrimp, too?  Game on! 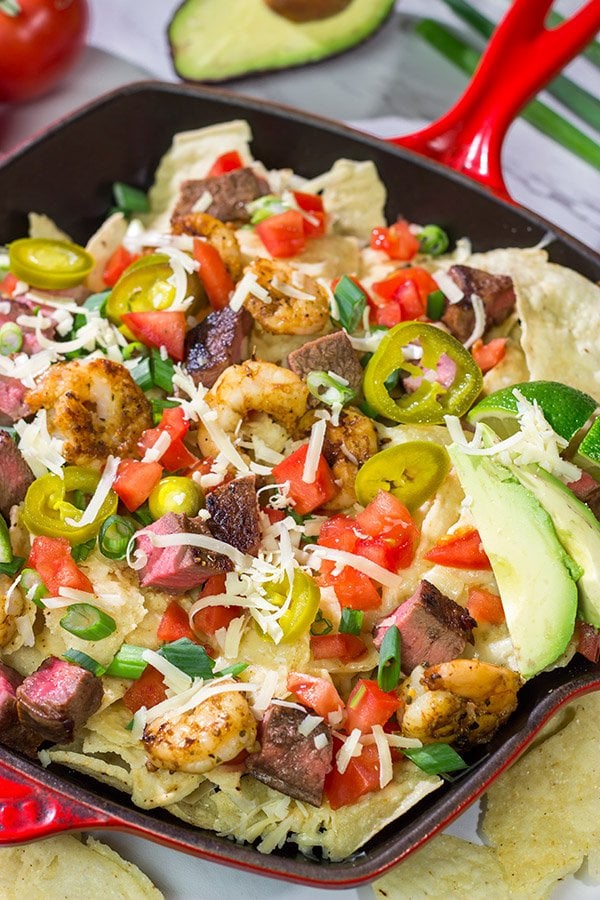 I don’t typically pull out my cast iron skillet for shrimp.  Whenever I sauté shrimp, I normally use a non-stick skillet.  However, I had the cast iron skillet out for cooking the steak so I used it for the shrimp.  I’ll never go back!  From here on out, shrimp will be cooked in a cast iron skillet.  (To be fair, I did leave the juices from the steak in the skillet when I cooked the shrimp…so I’m sure that helped.)  Laura said that these shrimp reminded her of shrimp you get when you order fajitas in a restaurant. 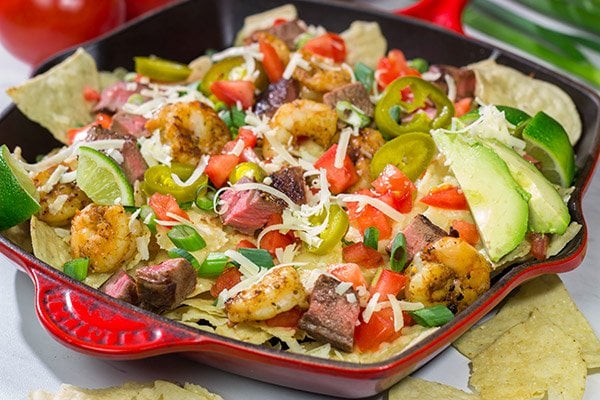 A quick note about marinating the steak for these Surf and Turf Nachos.  I highly recommend it!  Marinating steak does require a bit of advance planning, but it makes such a difference in terms of flavor.  For this recipe, I used a simplified version of the marinade that I use when making steak fajitas.  It’s delicious!

Aside from the obvious steak and seafood, these Surf and Turf Nachos also feature a number of other layers of flavor.  Two types of shredded cheese.  Tomatoes.  Tamed jalapenos.  Green onions.  Avocado.  And of course chips.  Speaking of chips, I randomly stumbled on Chi Chi’s tortilla chips.  I remember Chi Chi’s restaurants as a kid, but I’m pretty sure those have gone out of business here in the States.  But apparently they still make chips…and those chips are insanely addicting.  Of course, these nachos will be tasty with any sort of tortilla chip! 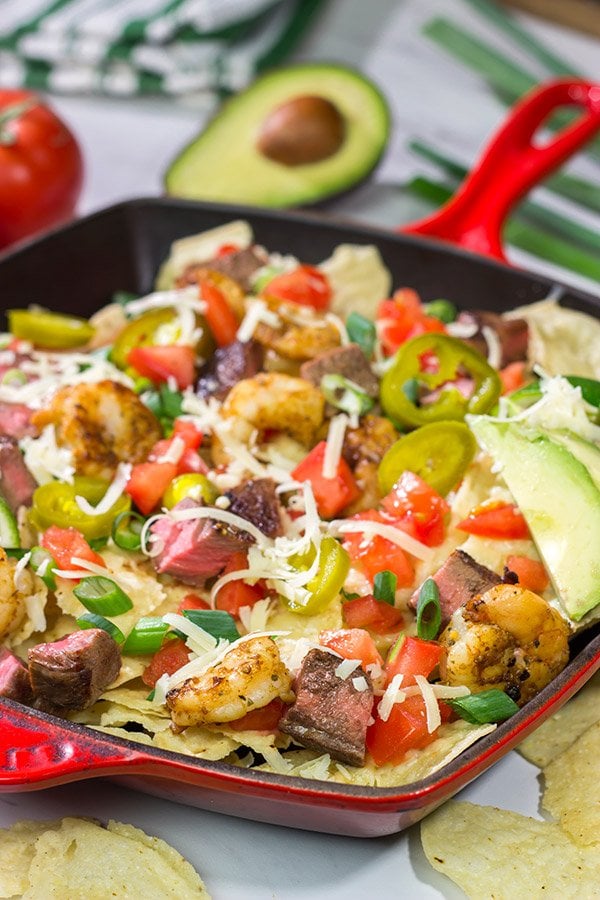 I hope you enjoy these Surf and Turf Nachos as much as we did here.  We made a big plate of nachos and curled up on the couch with a Netflix movie – I’ll take that any night of the week!  Cheers!

Did you make these nachos at home?  Leave a comment, or snap a photo and tag me on Instagram (@Spicedblog) – I’d love to see your version! 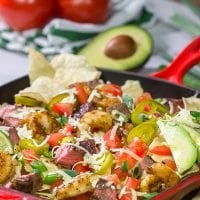 Looking for more nacho recipes?  Check out these other favorites, too: 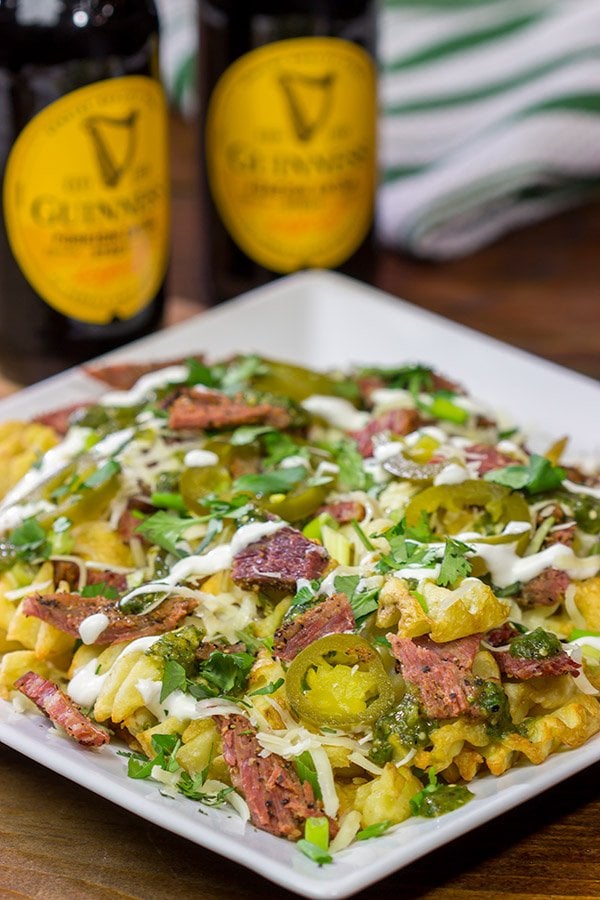 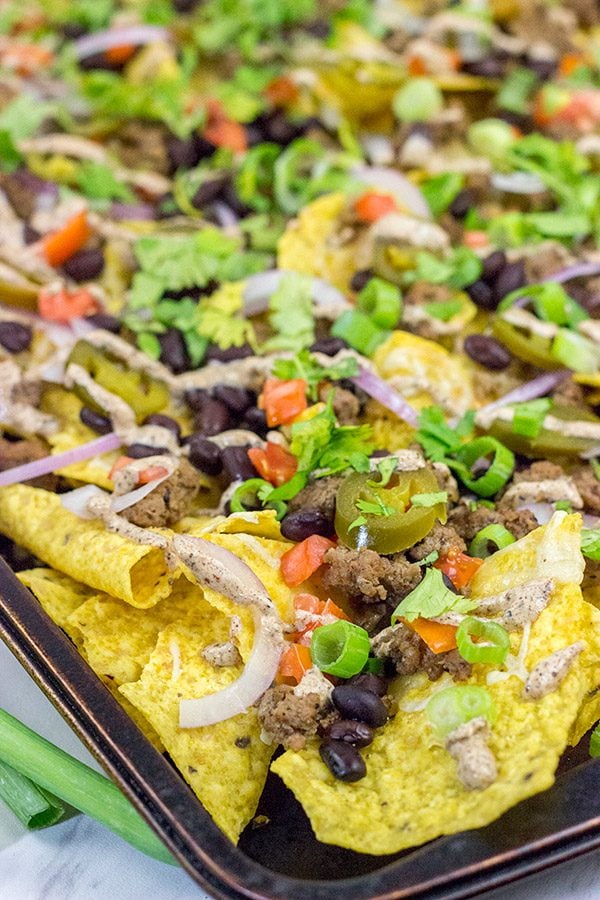 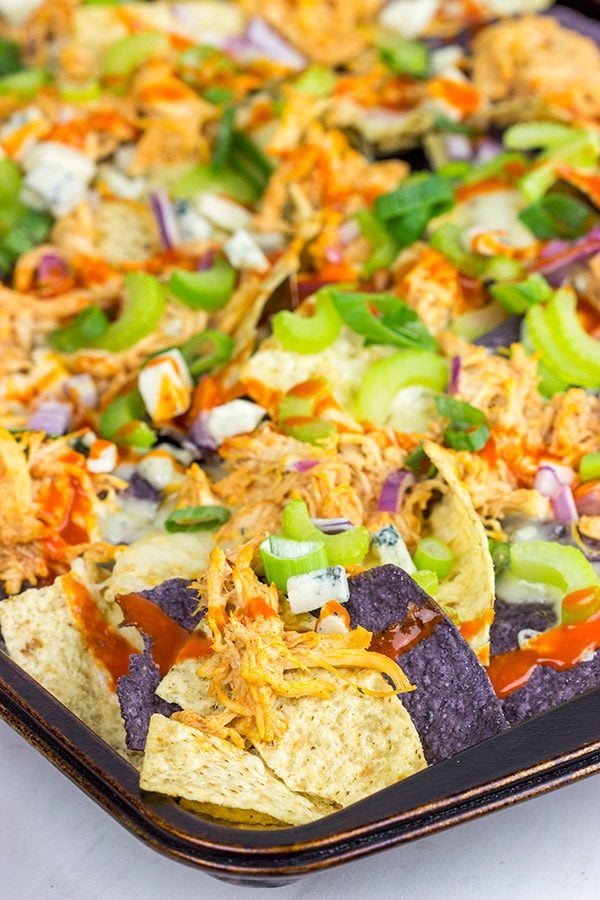 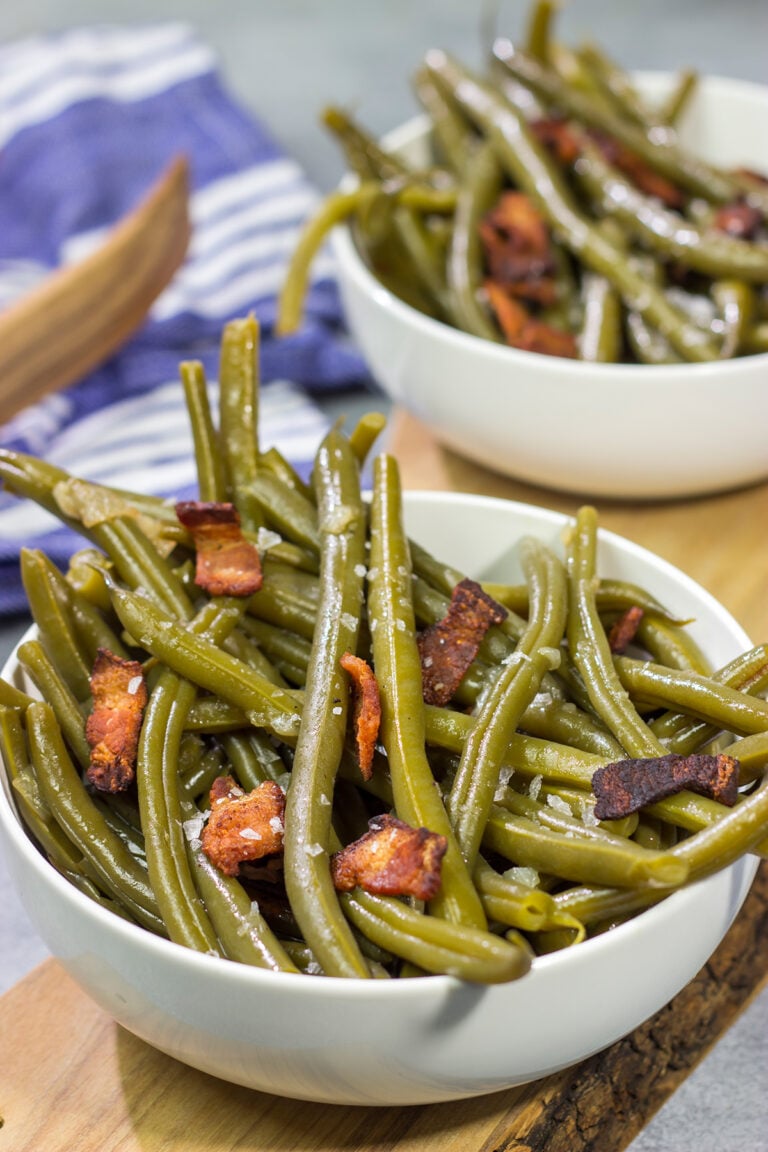