Love cinnamon rolls, but afraid of baking with yeast?  These Cinnamon Rolls Without Yeast are the perfect solution, and they make for one heck of a tasty breakfast!

“And make sure to grab a package of cinnamon buns on the way out.”  If only I had a dime for each time I heard my grandma say that!  My grandparents lived in upstate South Carolina, and we’d take regular trips up from Charleston to visit.  My sister and I loved roaming around their yard and exploring the old barn back behind the house.  We loved picking wild blackberries and then helping grandma make a cobbler for dessert.  And we loved waking up early to eat cinnamon rolls!

I remember my grandma would wake up at 5:00am every day.  As a kid, I thought that was crazy…crazy awesome!  I mean I was so excited to be visiting that I woke up early anyways, and it was great to have someone to play with that early in the morning.  In hindsight, my parents must have loved that, too, as it meant they could sleep in until 7:00am.  (As a parent myself now, sleeping in until 7:00am is a luxury.  It’s funny how life works like that!)

But back to these Cinnamon Rolls Without Yeast.  I’d sneak downstairs and find my grandma sipping on her first cup of coffee while my grandfather sat in his threadbare recliner reading the morning paper.  He would read the Sports section first, then the Obituaries and then the rest of the paper.  It’s strange what details you remember from childhood, isn’t it?  Meanwhile I would hop up on a stool next to the kitchen table and eat cinnamon rolls.  Those were the days!

Now my grandma loved to bake (her nickname was ‘Sweet’), but she didn’t make these cinnamon rolls without yeast.  Instead, she picked them up from a little bakery down the road.  I remember going with her a couple of times to this bakery.  It was a small, white cinder block building standing alone on the side of the highway that ran out of town.  It didn’t have much of a sign, and the parking lot was just gravel.  Come to think of it now, it was the kind of place you would never, ever stop at…unless you were a local who knew about their delicious cinnamon rolls!

I remember the buns were packed in disposable foil pans and then plastic wrapped.  And they were stacked dozens high on the old wooden countertop.  The only decision you had to make was “with or without raisins.”  I’m not entirely sure that bakery made anything other than cinnamon rolls actually!  But it didn’t matter to me.  Those cinnamon rolls without yeast were excellent!  I keep saying ‘cinnamon rolls without yeast,’ and truthfully I have no idea what recipe they used.  But they made so many cinnamon rolls that I’ve decided they had to be making a yeast-free version.

My sister and I were reminiscing about those childhood days a couple of weeks ago, and she challenged me to come up with a cinnamon roll recipe that reminded us of those cinnamon rolls from Belton, SC.  I love a good challenge, so I accepted.  And, by golly, I think these come pretty darn close to what I remember! 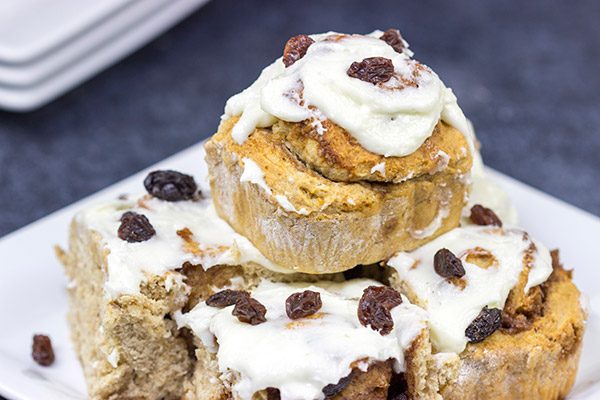 Have you ever made cinnamon rolls without yeast?  I love baking, so I don’t mind a good yeasted bread recipe.  However, I hear a lot of folks say they’re afraid of yeast.  Well, this recipe is for you!  Instead of yeast, this recipe uses a combination of baking soda and baking powder…and that means you can make a batch of these Cinnamon Rolls Without Yeast for breakfast without waiting for the rolls to rise.  (The rising happens in the oven.)  Nice and easy!  Do take special note that this recipe requires buttermilk.  Baking soda reacts once it’s mixed with something acidic…and that’s where the buttermilk comes in.  Regular milk won’t work here.  (Although you could do the trick where you use regular milk and then stir in a tablespoon or two of vinegar or lemon juice.  The vinegar/lemon juice is acidic, so that would work.)

If you love cinnamon rolls, but don’t want to wait for the dough to rise, then these Cinnamon Rolls Without Yeast are the perfect solution!  And if you happen to make a batch of these at home, share a photo on Instagram and tag me (@Spicedblog) or come back and leave a comment here.  Enjoy, my friends!

Love cinnamon rolls as much as I do?  Check out some of these other recipes! 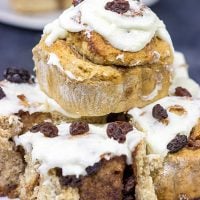 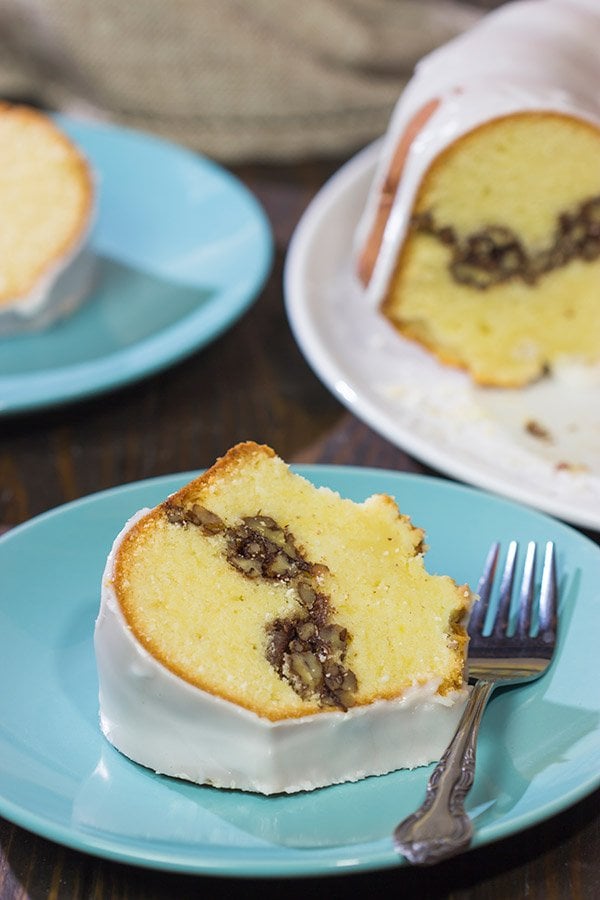 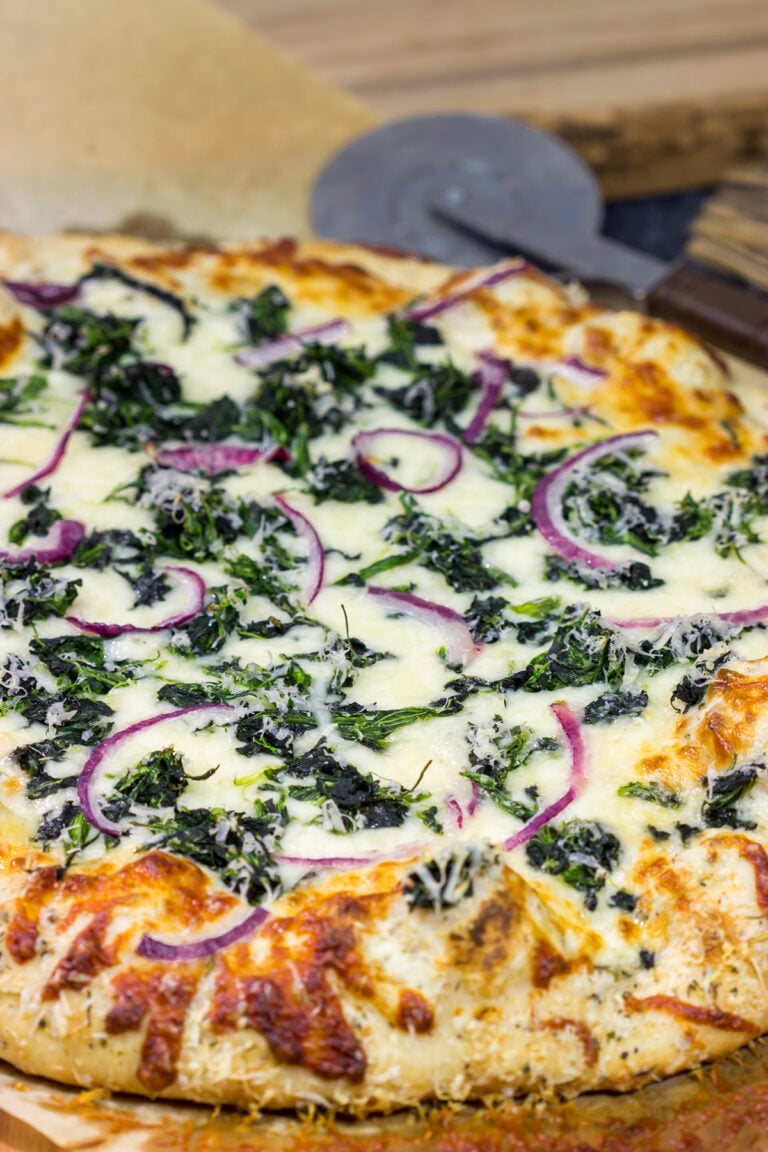 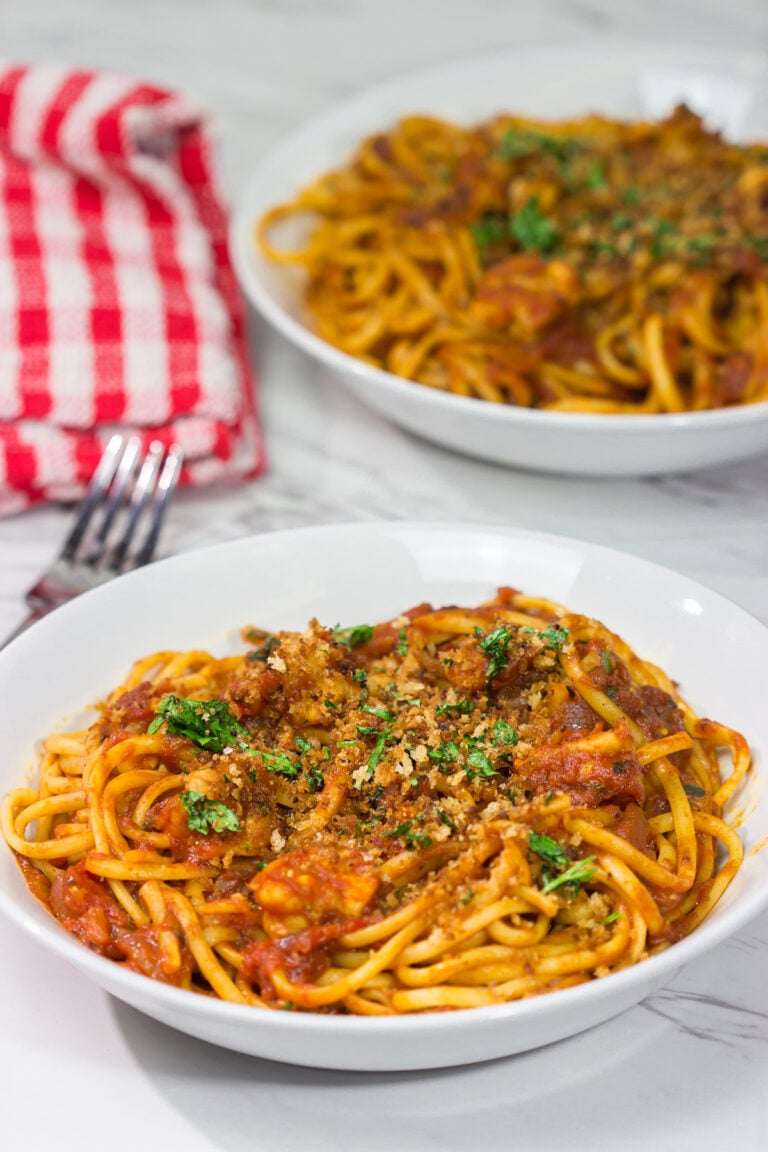