If you love peanut butter, then these Peanut Butter Cinnamon Rolls will be a new favorite!  Topped with a whipped peanut butter frosting, these rolls are a tasty breakfast or dessert! 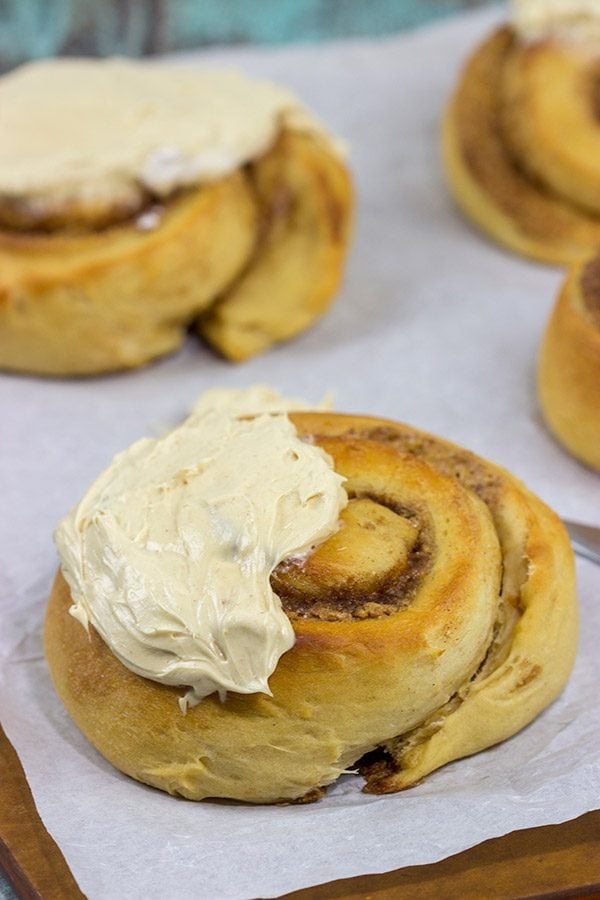 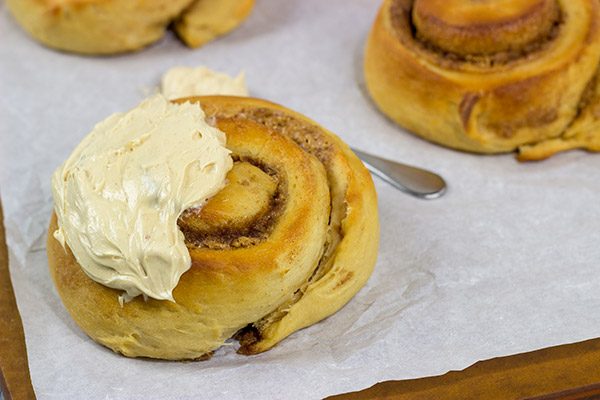 I had cinnamon rolls from Mrs. Groves on one of our trips back to Altoona, and Laura’s right.  That place is amazing!  Mrs. Groves has it figured out.  She’s only open on Friday, Saturday and Sunday mornings, and her popular items sell out regularly.  In fact, Laura made the trip over early one morning just to make sure we got some cinnamon rolls.  I opted for the traditional icing on my cinnamon roll, but Laura and her sisters often opt for the peanut butter icing.  I must say the combination is delicious!  Unexpected, but delicious. 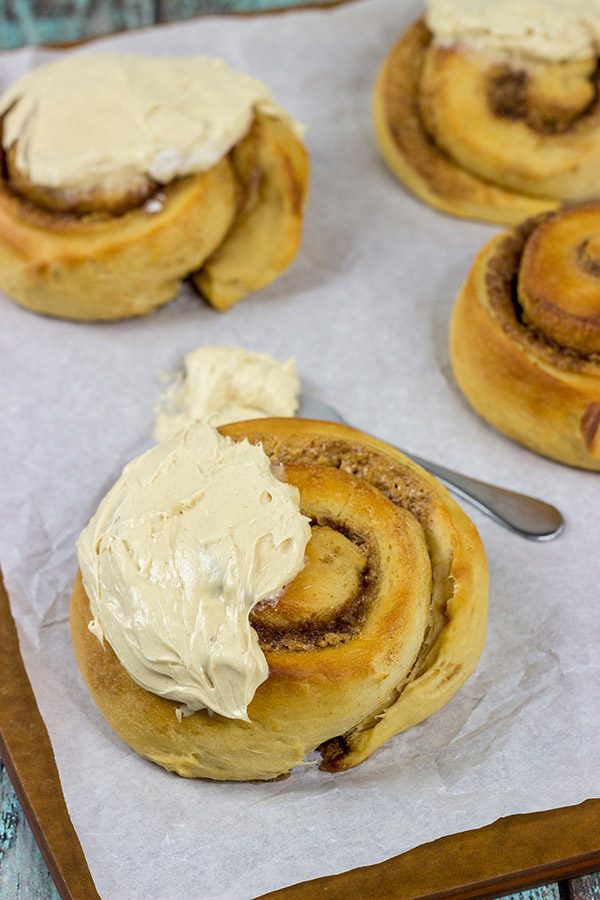 At the time, I made a note to make cinnamon rolls using that peanut butter filling.  I have no idea what happened, but somehow 3 years went by.  Wait, I think I do know what happened.  It involves a 3-year old named Robbie.  Either way, these cinnamon rolls finally made an appearance, and I’m glad they did.  Holy cow are these things delicious! 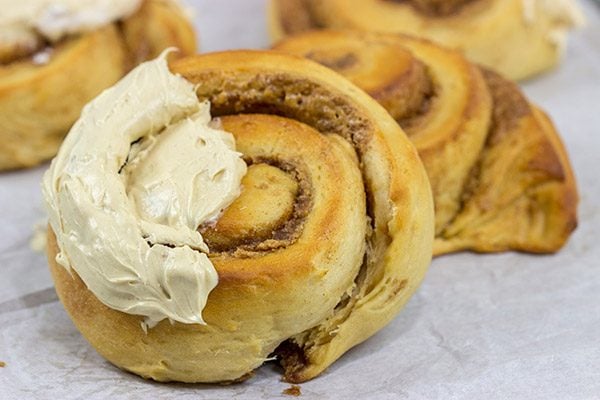 I’ve made several different peanut butter frostings over the years, but I have to say that Laura nailed it with the suggestion to use that pie filling as a frosting.  It’s light and creamy thanks to the whipped topping, and it spreads perfectly onto rolls.  There’s also a bit of cream cheese in this frosting for structure and taste.  I suspect this would be a fun frosting for a cake, although the cake would have to be refrigerated thanks to the whipped topping.  Heck, I suspect this frosting would be delicious in a bowl by itself.  Actually, I know this to be true.  Don’t ask why I know this.  Let’s just say I speak from experience.  I hope you enjoy these Peanut Butter Cinnamon Rolls as much as we do!  Happy baking! 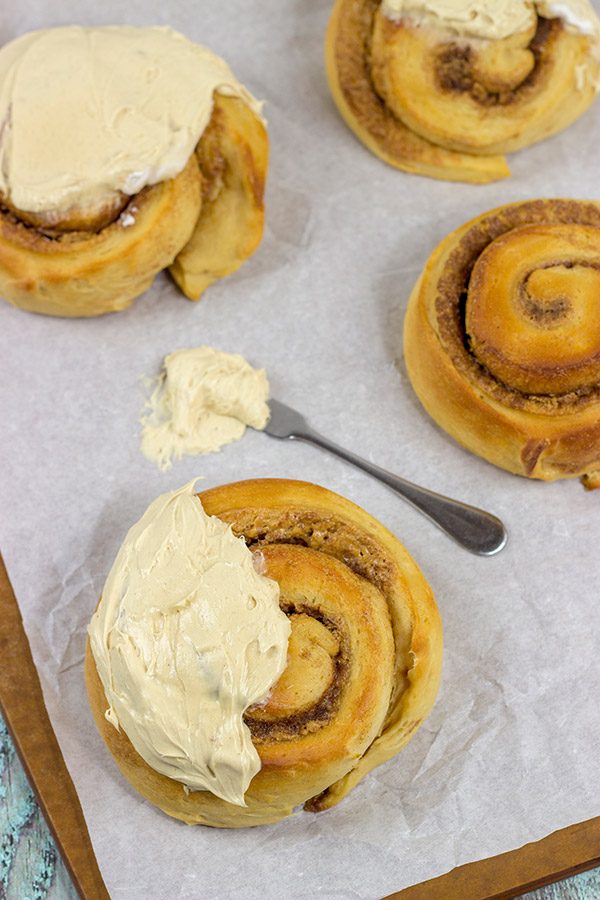 Did you make a batch of these Peanut Butter Cinnamon Rolls at home?  Leave a comment.  Or snap a photo and tag me on Instagram (@Spicedblog)!

Looking for more tasty recipes with peanut butter?  Check out these other favorites, too: 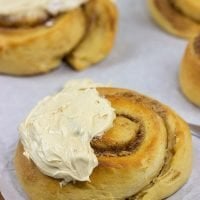