Looking for an amazing weekend breakfast without having to wake up early?
Then whip up a batch of these Overnight Cinnamon Rolls! 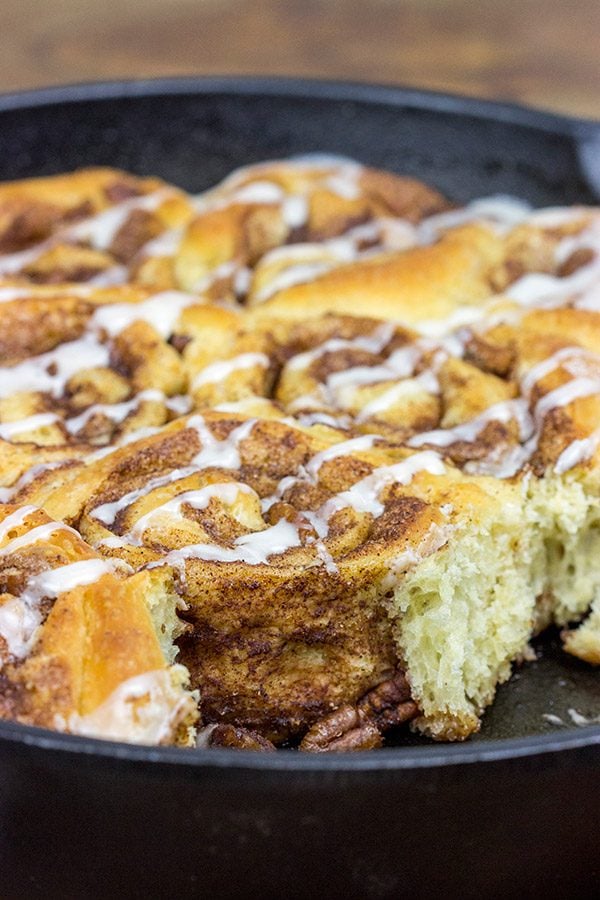 Did you know that cinnamon is really just tree bark?  Yup, the bark is stripped off of young branches and then laid in the sun to dry.  That’s how it turns into the cinnamon stick that we all know and love.  I only learned this fun fact a couple of years ago when a friend went on vacation to the Caribbean and got to see cinnamon being made (err, dried).  How cool is that? 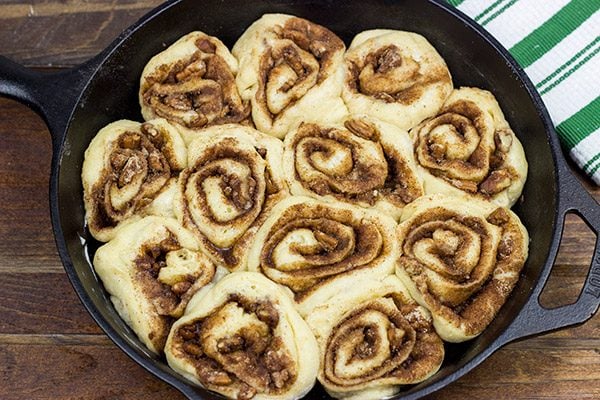 I did a little investigating, and it looks like most cinnamon tree varieties grow in warm climates.  Darn.  I was seriously contemplating ordering a cinnamon tree and planting it in my backyard.  However, we live in the frozen tundra that is upstate New York, and I’m guessing cinnamon trees wouldn’t play well with the snow.  But if I had a cinnamon tree in my backyard, chances are you could find me out there gnawing on the branches.  (I have no shame about gnawing on branches when cinnamon is involved.) 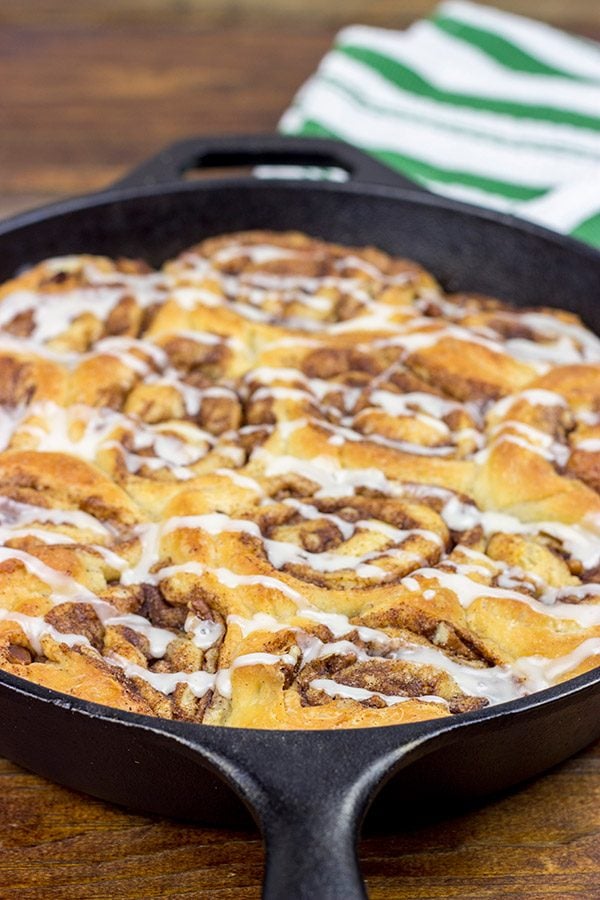 Every since childhood, cinnamon has been one of my favorite spices.  I’ll seriously sneak a pinch of cinnamon into all sorts of recipes.  Oatmeal cookies with a dash of cinnamon sugar on top are definitely one of all-time favorite cookies.  A pinch of cinnamon in a chocolate cake is another trick that I keep up my sleeve.  As long as it’s used sparingly, the cinnamon really enhances the flavor of the cake.  Oh, and how could I forget these Spicy Maple Cinnamon Roasted Almonds?  They’re embarrassingly easy to make, and they make for one heck of an addicting snack.  However, of all the cinnamon recipes out there in the world, my favorite has to be the classic cinnamon roll. 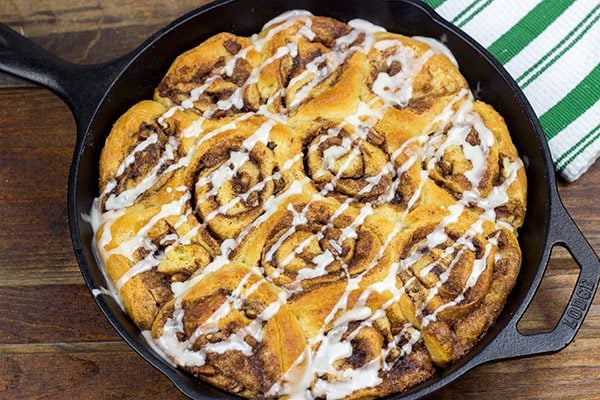 Breakfast has long been my favorite meal, and I suspect that it has something to do with the fact that cinnamon rolls often appear at breakfast.  (If I had it my way, cinnamon rolls would also appear at lunch and dinner.)  But homemade cinnamon rolls can be a pain to make.  They aren’t all that difficult, but that pesky dough has to rise. 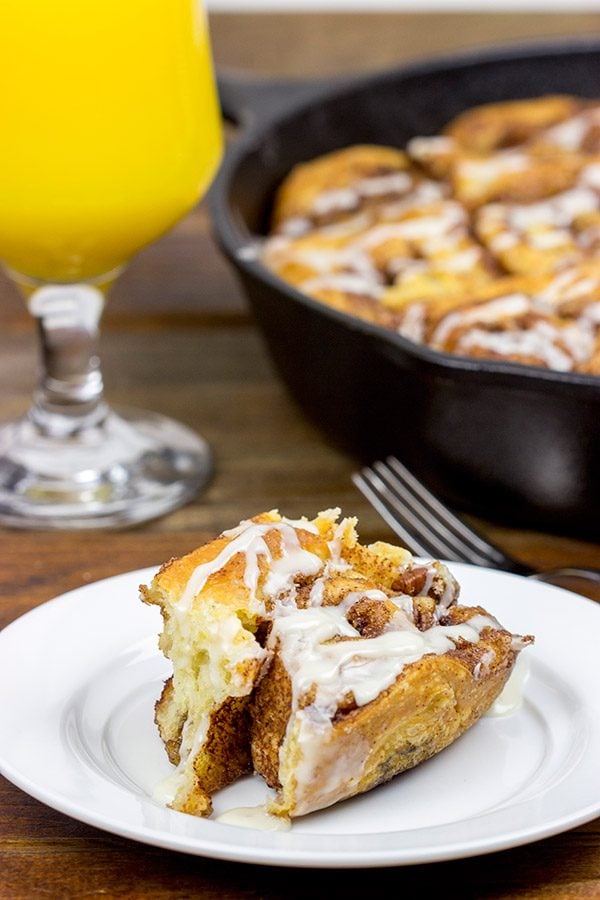 I set out to fix that problem with this batch of Overnight Skillet Cinnamon Rolls.  Mix these bad boys up the afternoon or evening before, and then breakfast is a cinch the next morning.  You do still need to let the dough rise the next morning, but there is literally no work involved.  You can stumble out of bed, put the skillet in a warm spot and let the dough do its thing.  After you’ve showered and had a cup of coffee, these Overnight Skillet Cinnamon Rolls will be ready for the oven.  I dare you to eat just one! 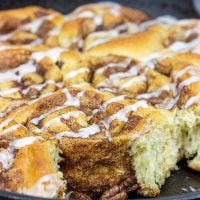 For the Cinnamon Pecan Filling

For the Cinnamon Pecan Filling