Skip the chips with this tasty Spinach Artichoke Dip.  Go with fried bowtie pasta instead! 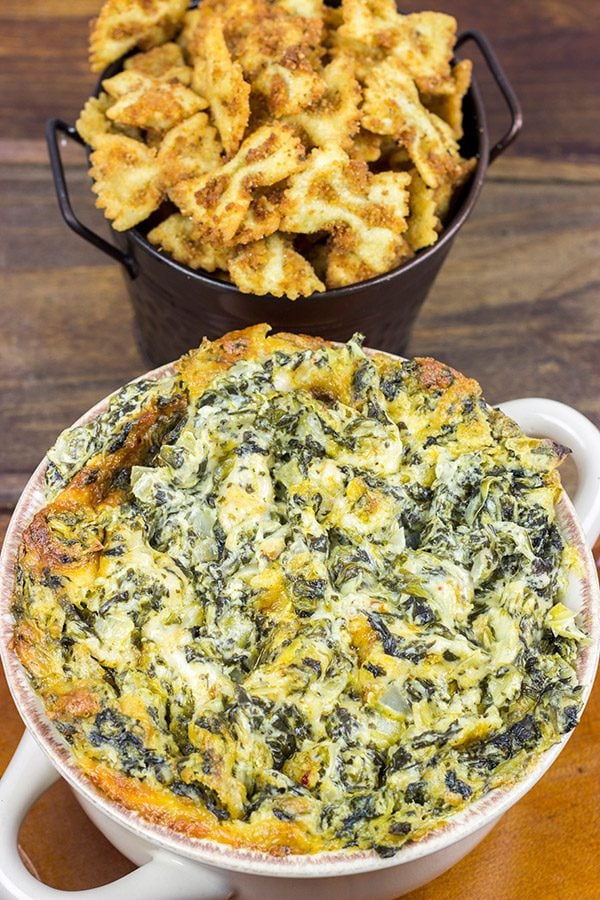 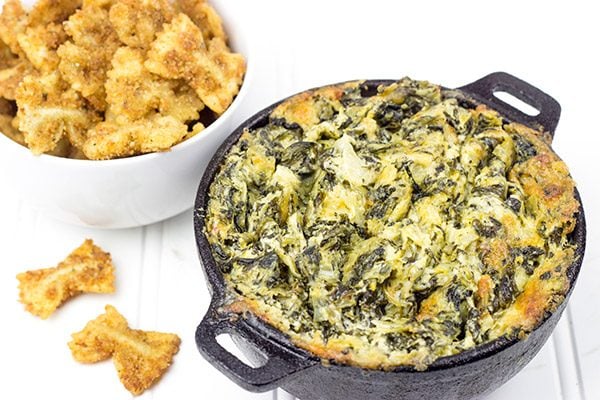 A few minutes later, the baby crawfish came rushing back again.  “Grandpa, there’s another scary thing up there.”  Grandpa rolled his crawfish eyes and went up to investigate.  “Don’t worry.  That’s just a house dog.  See the collar around his neck?  House dogs usually don’t bother us crawfish.”  And the two kept on swimming. 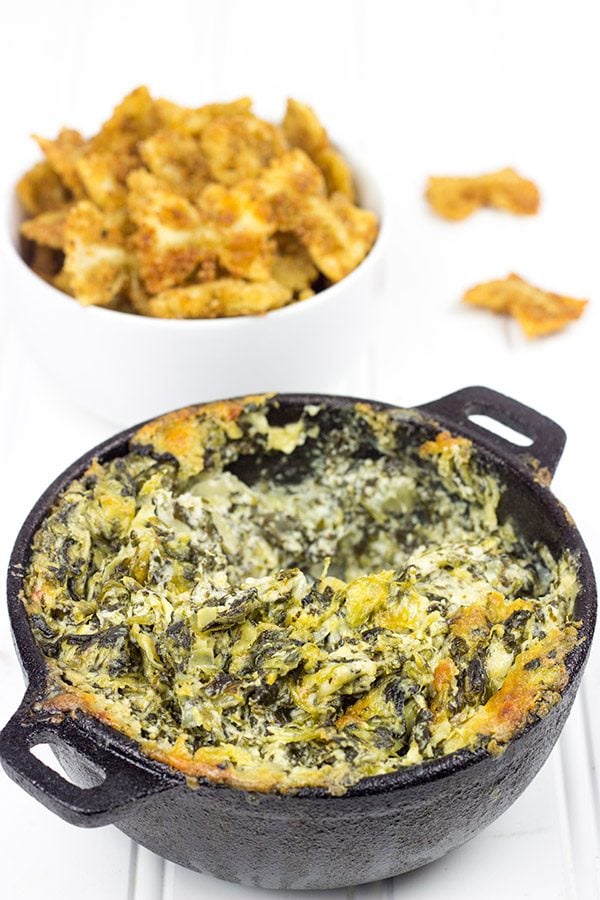 A few minutes later, the baby crawfish comes rushing back once again.  “Grandpa, Grandpa, there’s some scary things up there.”  Grandpa swims ahead to check it out. He sees Boudreaux and Thibodeaux fishing in the ditch up ahead.  Grandpa turns tail and rushes back, grabbing the baby crawfish by the claw as he goes.  “Run!  Those are Cajuns up there, and they’ll eat anything!”

So there ya go.  Now you’ve heard about Boudreaux and his buddy Thibodeaux.  In my experience down in Louisiana, Cajuns will indeed eat just about anything.  But here’s the thing.  Cajuns will take just about anything and turn it into something delicious!  From spicy Cajun Grilled Shrimp to Cinnamon King Cakes, I’m a huge fan of all of the new foods I learned about while I was living in Baton Rouge.  One night, a bunch of us went out to dinner, and we ordered Spinach Artichoke Dip as an appetizer.  I’m a big fan of Spinach Artichoke Dip, but this one was unique.  Instead of chips, it was served with fried bowtie pasta.  Say what?  Fried pasta?  I didn’t know you could fry pasta.  Well, you can indeed fry pasta…and it makes for a great dipper with this tasty Spinach Artichoke Dip. 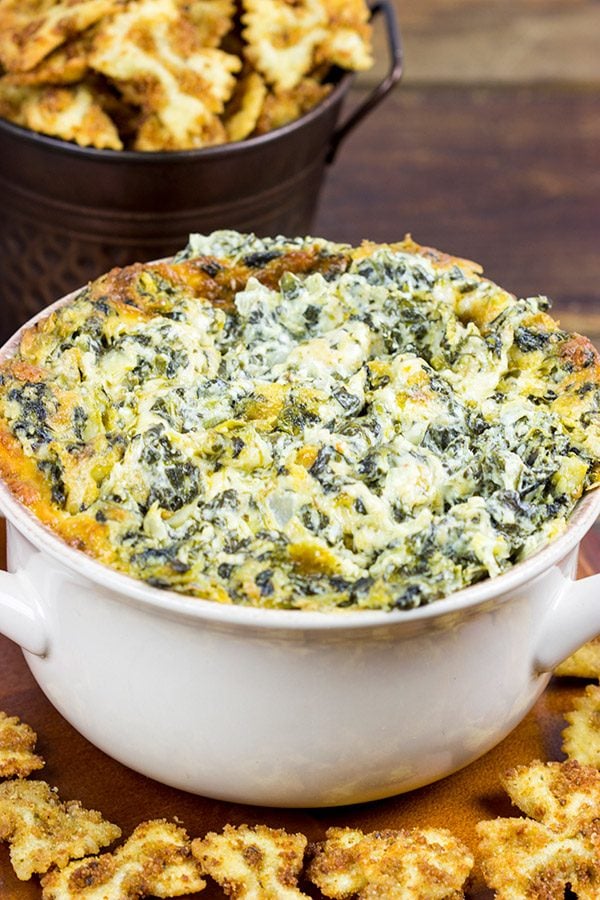 Making fried pasta isn’t all that hard, but it does take a bit of time.  It’s definitely faster to just pop open a bag of tortilla chips, and truthfully I usually go with tortilla chips when I make this Spinach Artichoke Dip.  However, I’ve always remembered snacking on that fried pasta in Baton Rouge, and I wanted to give it a shot.  You have to cook the pasta first and then coat it with eggs and breadcrumbs before frying it up.  That’s a few steps for sure.  But I can promise that everyone will remember that time you served the delicious Spinach Artichoke Dip with fried pasta.  Enjoy!

Did you make a batch of this Spinach Artichoke Dip with Fried Bowtie Pasta at home?  Leave a comment, or snap a photo and tag me on Instagram (@Spicedblog).  I’d love to see your version! 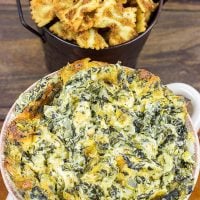 For the Fried Pasta

For the Fried Pasta

Looking for more tasty appetizer recipes?  Check out these other favorites, too: 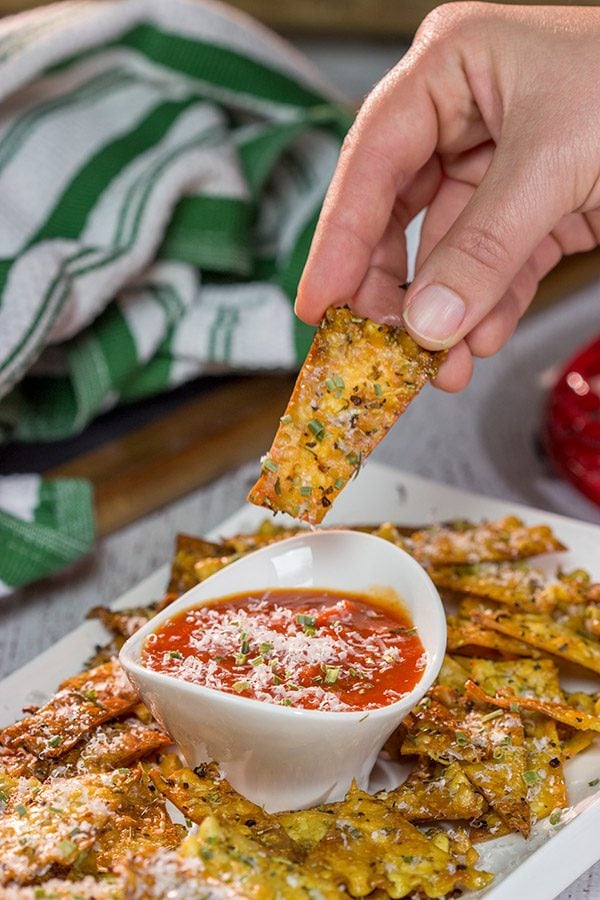 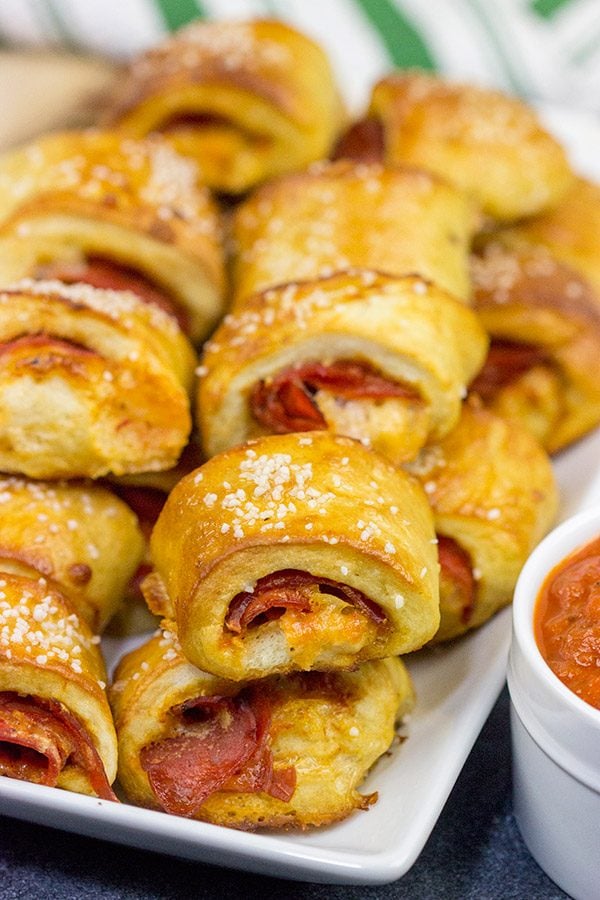 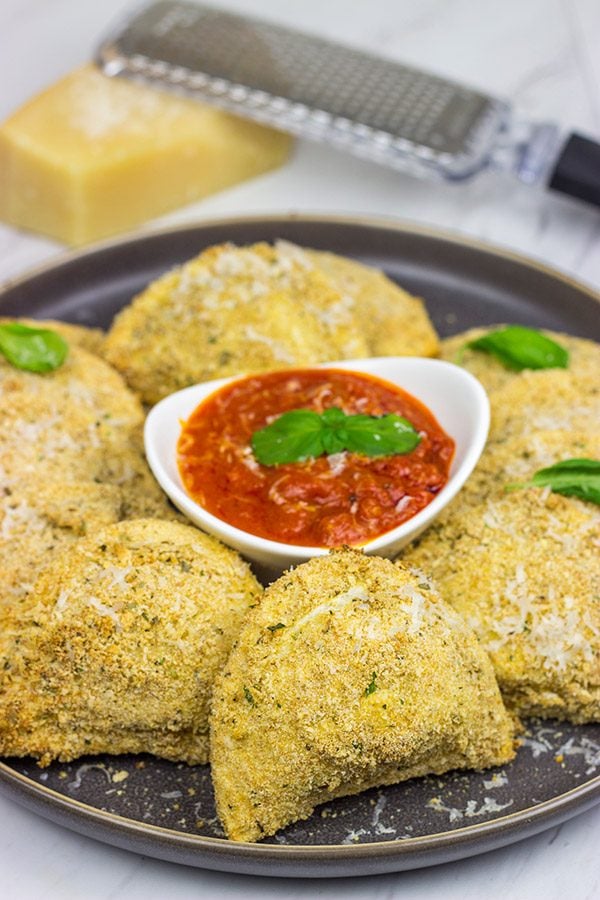