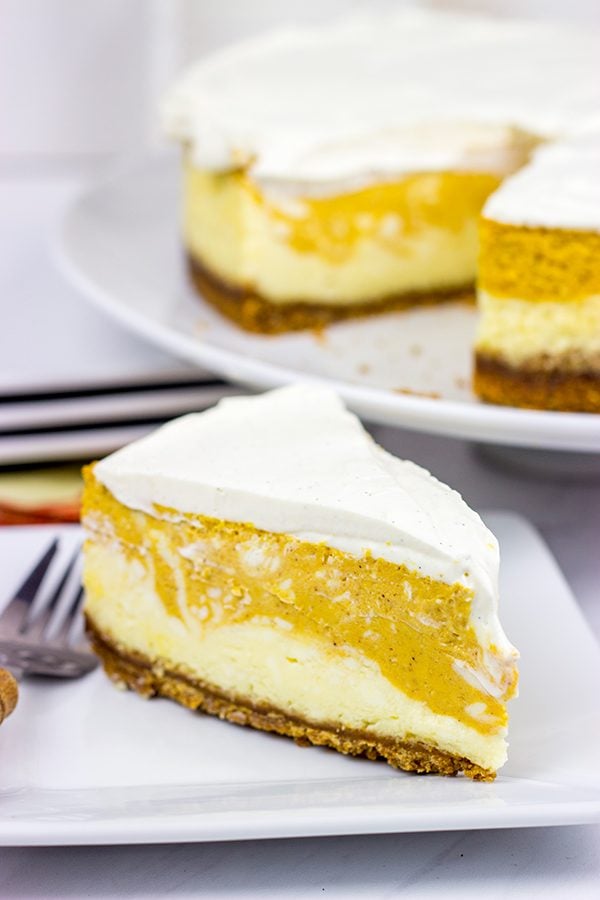 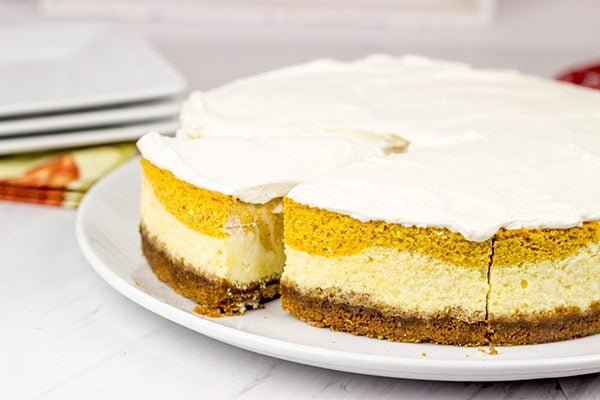 I thought about making a straight-up pumpkin cheesecake.  I made one a couple of years back for Thanksgiving, and it turned out well.  But that was before I started this site and sadly no photos exist as proof of that cheesecake.  As I was mixing the cheesecake batter, it hit me that it would be fun to turn this one into a swirled cheesecake.  So I did just that!  The vanilla (plain) cheesecake swirled with the pumpkin cheesecake to create this fun and tasty dessert.

I’m not sure my swirling skills were up to par here.  Truthfully, I thought I had screwed this one up as I ended up with way more pumpkin cheesecake batter than I expected.  So when I went to drop spoonfuls on top of the plain batter, I ended up with an entire pumpkin layer.  I tried swirling it with a spoon, but I couldn’t see what was happening down there in the middle of the cheesecake.  I was worried that I was just mixing it into a dull, dreary orange color…so I put a kabash on the mixing. 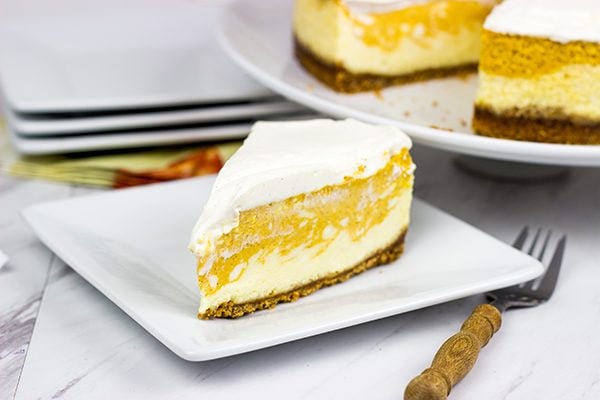 This Pumpkin Swirl Cheesecake totally turned out like I wanted though!  Ok, maybe a little more swirl would have been nice, but I’m not complaining.  Although the darned thing did crack on top.  Cheesecakes are fussy like that.  You can bake them in a water bath.  You can start them at one temperature, reduce the temperature after 20 minutes, crack the oven door, and then do a little cheesecake dance.  But in the end, I’ve decided it’s pure luck.  Sometimes the darn things crack on top.  Sometimes they don’t. 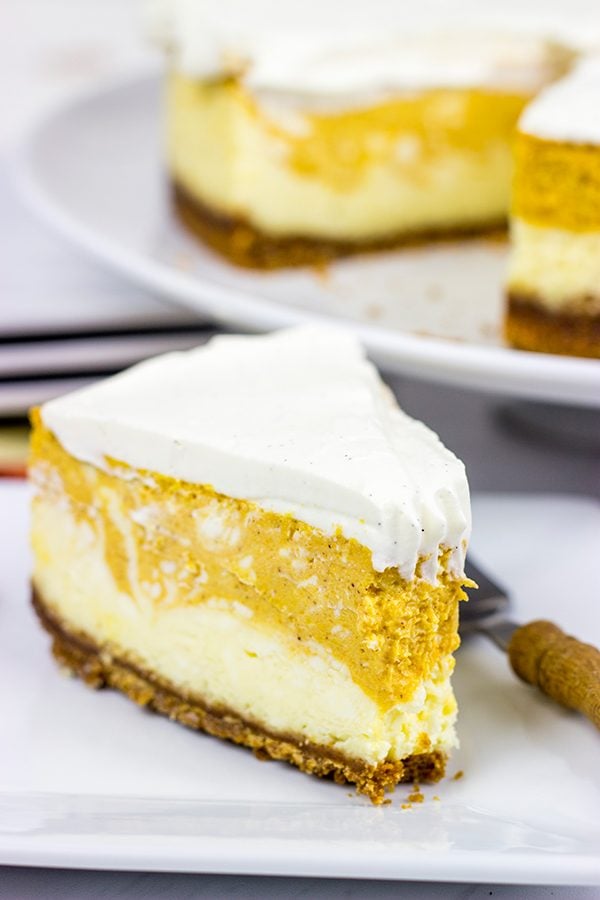 I usually solve the problem by adding a layer of frosting on top.  It might be a cream cheese frosting like on this Carrot Cake Cheesecake.  My neighbor (who is an avid baker) said she often tops her cheesecakes with a layer of sweetened sour cream.  That would have gone well with this Pumpkin Swirl Cheesecake for sure, but sadly I didn’t have any sour cream in the fridge.  And I wasn’t about to fight rush hour traffic to go get sour cream.  But I did have heavy cream in the fridge.  So I opted for a vanilla bean whipped cream layer. 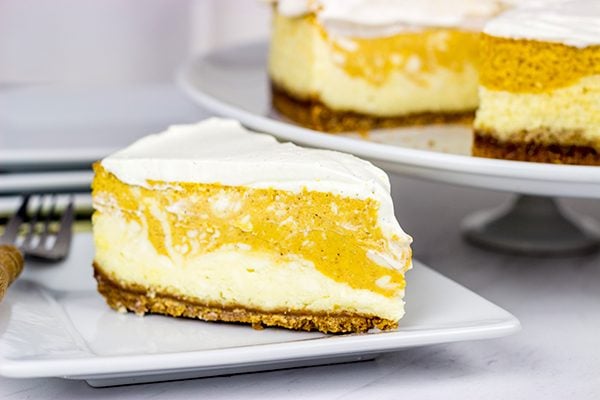 Instead of the traditional graham cracker crust that I use for cheesecake, I went with a gingersnap crust here.  Gingersnaps remind me of Fall.  Pumpkin reminds me of Fall.  So it just made since to use gingersnaps for this Pumpkin Swirl Cheesecake.  Enjoy, my friends, and have a great weekend!

P.S.  Looking for more dessert recipes?  Check out TheBestDessertRecipes.com.  Several of my favorite desserts (like this New York Caramel Apple Cheesecake) are featured there…along with thousands of other awesome recipes.  Embrace that sweet tooth! 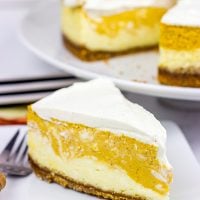