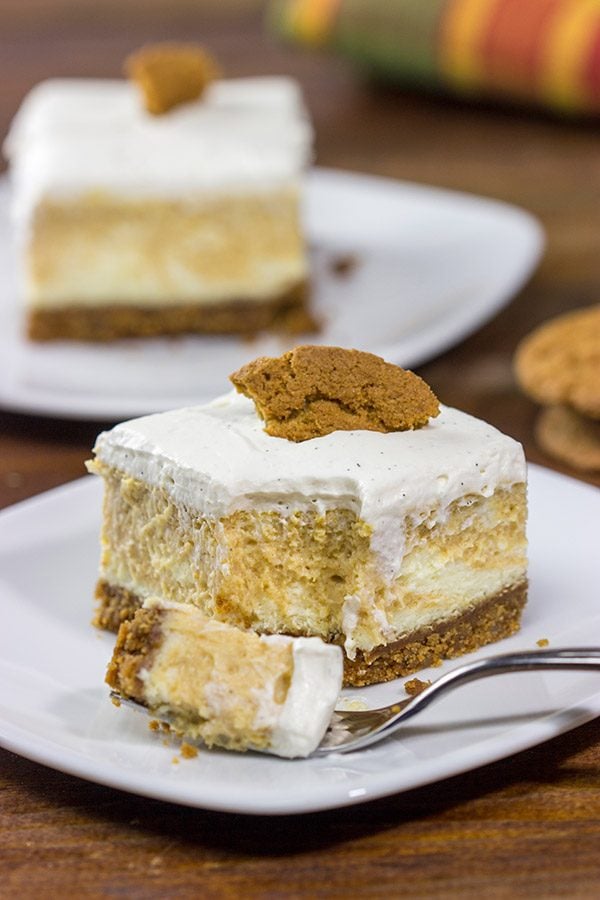 Me: Robbie, at this rate, we’ll be cleaning up toys until the cows come home.

Me: We’ll be cleaning up toys forever.

I realized recently that explaining things to an almost 4-year old isn’t easy.  And that task is even harder for a Southerner like me whose vocabulary consists of all sorts of ridiculous phrases.  “Madder than a wet hen.” is a common saying around here.  So is “It’s raining harder than a frog pissing on a flat rock.”  (Ok, maybe I watch my language a bit around Robbie, but still.)  Same goes for “Until the cows come home.”  Taken literally, those phrases are ridiculous.  Taken figuratively, those phrases are ridiculous.  And then go and try to explain them to a 4-year-old.  I challenge you!

English is a silly language.  There’s no denying that.  Back in my Latin teacher days, I’d start every year off explaining to my students that English is a more difficult language to learn than Latin.  They’d tell me I was wrong, but by the end of the year they understood.  We know English because we grew up speaking it, but the language makes no sense.  It doesn’t follow a normal pattern.  And then you go and add in phrases like “Kiss my grits.” or “Gimme some sugah.”  It’s hopeless. 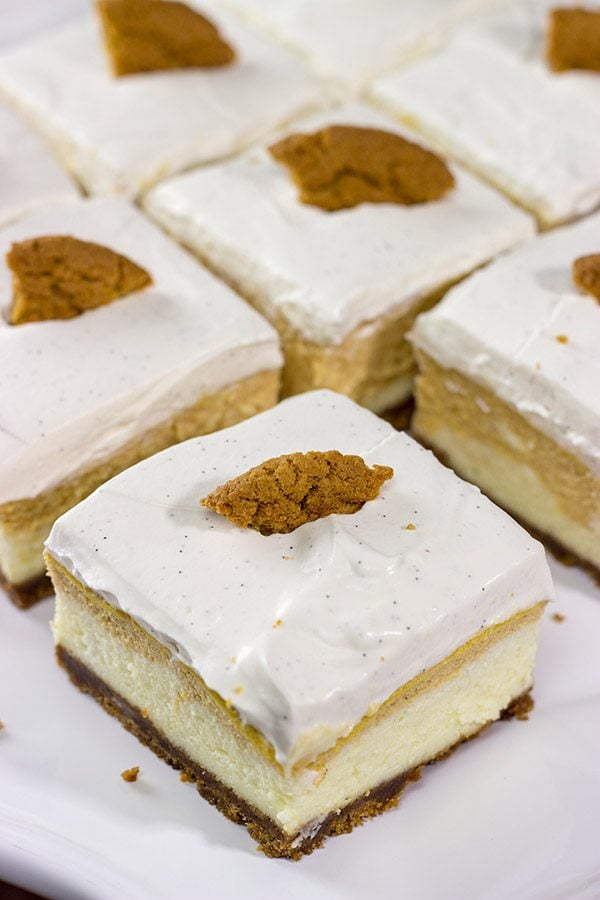 These Pumpkin Swirl Cheesecake Bars?  Now that’s something everyone can understand…even a 4-year old!  Robbie looked at these bars with mild skepticism before promptly eating one for dessert.  To be fair, he did scrape all of the vanilla bean whipped cream off the top and eat it first.  “Mmmm…that’s good!”

Truth be told, these cheesecake bars are just a slight twist on this Pumpkin Swirl Cheesecake I made several years ago.  I love the flavor of that cheesecake, so I decided to alter it slightly into bar form.  There is so much flavor going on in these cheesecake bars!  I opted for just cinnamon in the cheesecake mixture, but feel free to go all pumpkin spice and add some ginger, nutmeg and cloves.

Do you need to swirl these bars?  Well, no.  I think the swirl looks pretty cool, but you could absolutely skip that step and save about 5 minutes of prep time.  But whatever you do, don’t skip the vanilla bean whipped cream on top!  I used vanilla bean paste to really highlight the vanilla flavor here.  That strong vanilla flavor + the creamy pumpkin cheesecake + the spicy gingersnap crust = the perfect Autumn dessert!

One more baking tip: parchment paper.  Parchment paper is your friend here!  I happen to have an 8″x8″ baking pan with a removable bottom, and that’s great for baking…but I still used parchment paper for these Pumpkin Swirl Cheesecake Bars.  Just leave an extra couple of inches of overhang on all sides, and it makes removing the cheesecake from the pan a piece of cake…err, piece of cheesecake.  Just wait until the cheesecake is nice and chilled before lifting it out of the pan.  Happy baking, my friends! 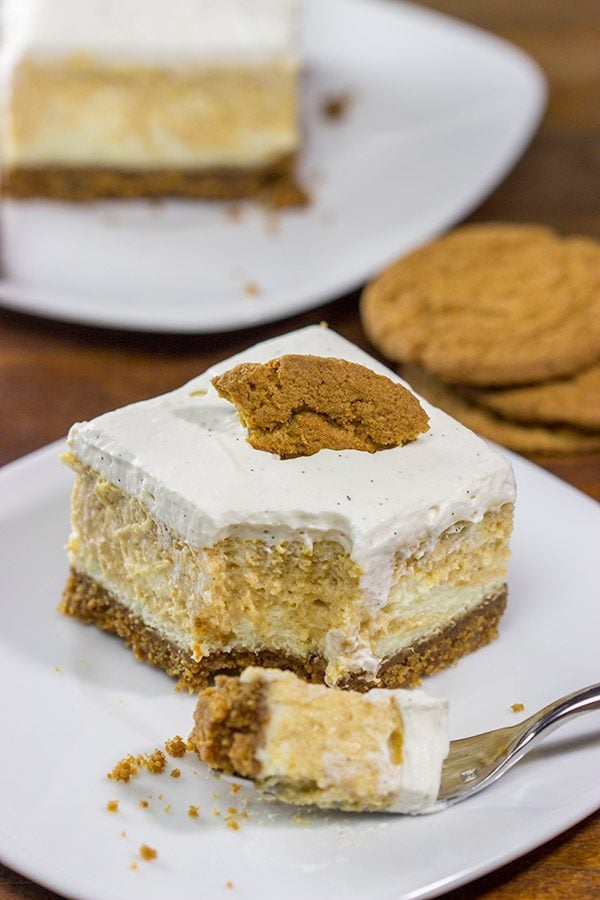 Did you make a batch of these Pumpkin Swirl Cheesecake Bars at home?  Leave a comment.  Or snap a photo and tag me on Instagram (@Spicedblog)!

Looking for other tasty cheesecake recipes?  Check out these other favorites, too: 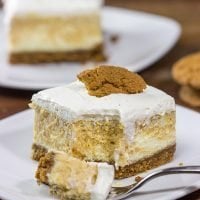