This Pineapple Coconut Martini is perfect for warm summer evenings on the back porch!  Cheers! 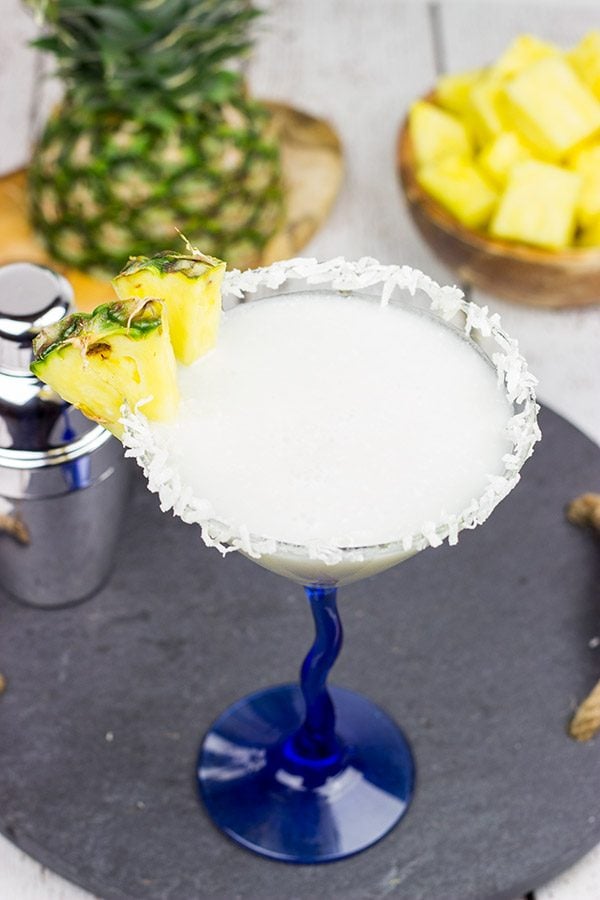 We’re going nuts here on the blog today…coco-nuts!  I’m not a huge fan of coconut in my savory dishes, but I do love coconut desserts and coconut drinks.  I’ve even seen a couple craft beer companies releasing coconut beers lately.  I’m not sure how I feel about that one, but I’ll try anything once!  Coconut cocktails are especially flavorful on a hot summer day.  I mean if I close my eyes, I can almost imagine sitting by the beach on some tropical island.  Almost. 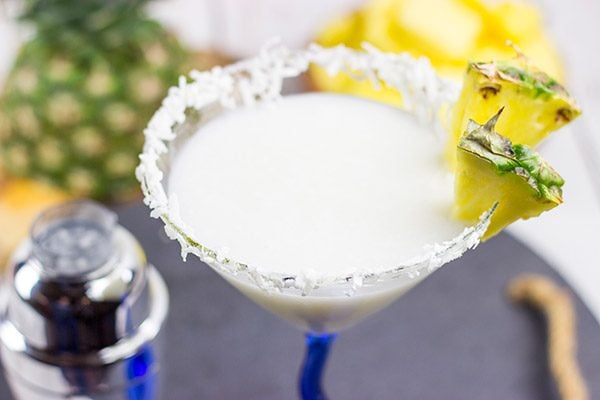 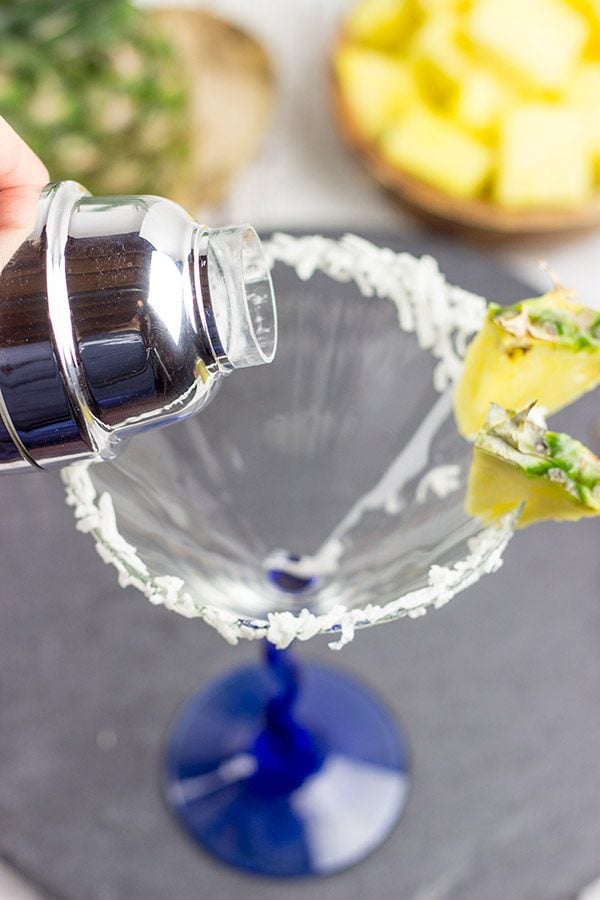 Coconut cream (that’s what I used for this Pineapple Coconut Martini) is a somewhat thick liquid that’s made from simmering 4 parts shredded coconut : 1 part water.  Coconut cream is often found in cans near the Asian food section, and the first thing you’ll notice when you pop open that can is that it’s solid on top.  Just grab a spoon and stir the solids in with the liquid at the bottom.  You’ll be left with a thick, milky white liquid that’s packed with coconut flavor.

Ok, so what’s cream of coconut then?  Cream of coconut is very similar to coconut cream, but it includes added sugar.  I use cream of coconut whenever I make a batch of my classic piña coladas.  After all, piña coladas are meant to be a sweeter drink.  However, in general, I’m not a big fan of sweet drinks.  Since I didn’t want this Pineapple Coconut Martini to be too sweet, I opted for coconut cream.  (If you like your drinks sweeter, then grab a can of cream of coconut instead.)  Keep in mind that the pineapple juice brings a bit of sweetness to the finished drink. 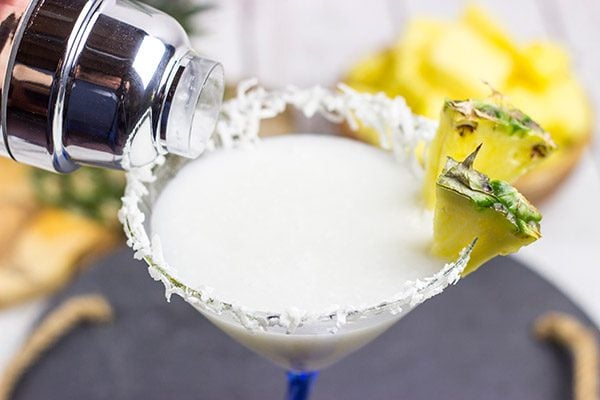 Much like this S’mores Martini that I made a few weeks ago, this Pineapple Coconut Martini isn’t a martini at all.  It’s definitely more of a cocktail, and I could’ve served this one in highball glasses.  But the martini glass just looks cool here.  Plus, fun drinks are all about presentation, right?  I dipped the rims of the glasses in a bit of simple syrup and then coated ’em with shredded coconut.  The garnished rim is an easy way to add a summery vibe to these drinks!  So grab a fresh pineapple and a can of coconut cream.  Whisk up a Pineapple Coconut Martini and grab a seat outside on the back porch.  Oh, and these martinis taste better with friends.  It’s a proven fact!  Cheers! 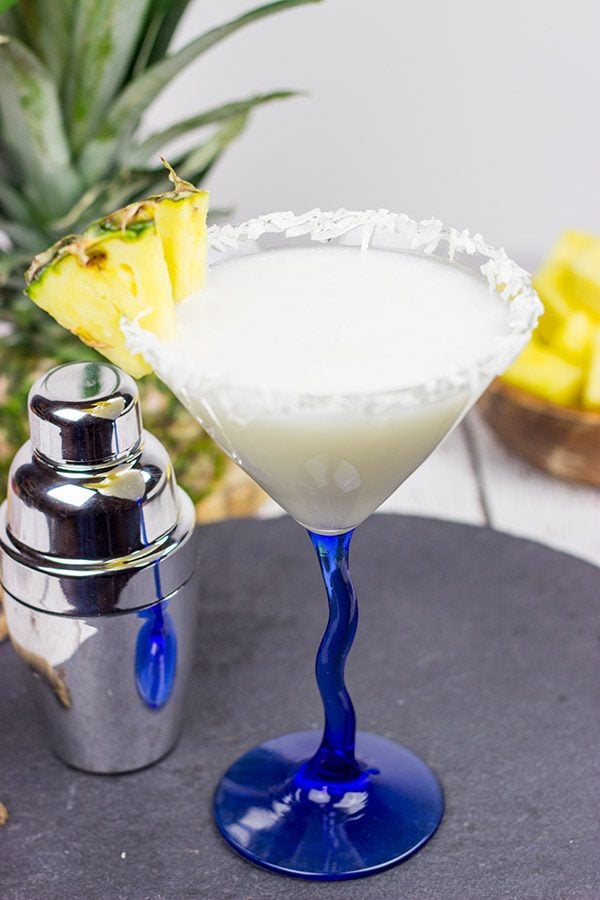 Love coconut?  Check out these other fun coconut recipes: 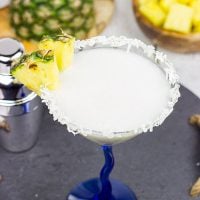 To make simple syrup, combine 1 cup of water with 1 cup of sugar. Place mixture over medium heat and simmer until sugar has dissolved, approximately 5 minutes. Let cool before using. Simple syrup can be stored in an airtight container in the refrigerator for 3-4 weeks. Coconut cream is often sold in the Asian section of the grocery store. It is similar to cream of coconut, but it doesn't include additional sugar. If you prefer sweeter drinks, then just grab a can of cream of coconut instead.

Looking for more summer cocktail recipes?  Check out these other favorites, too: 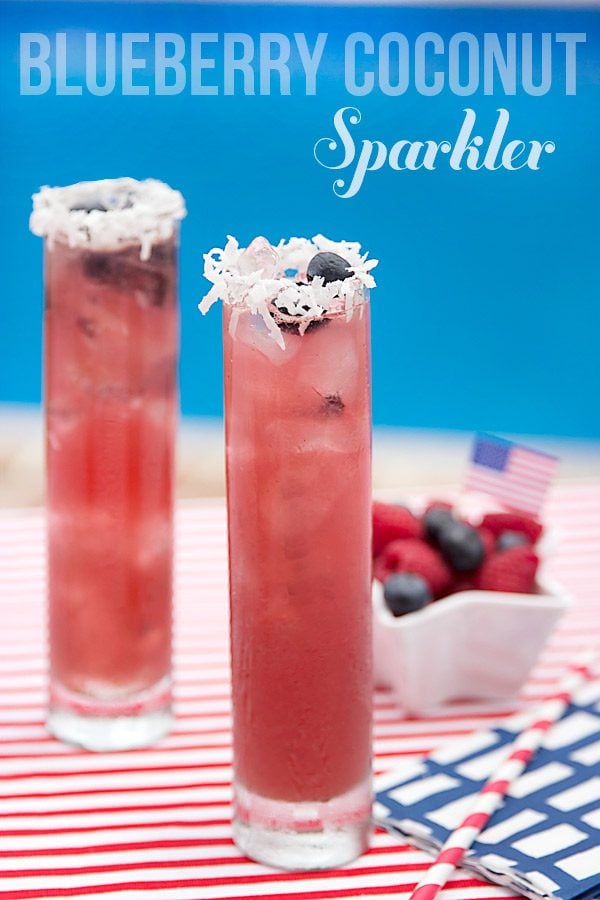 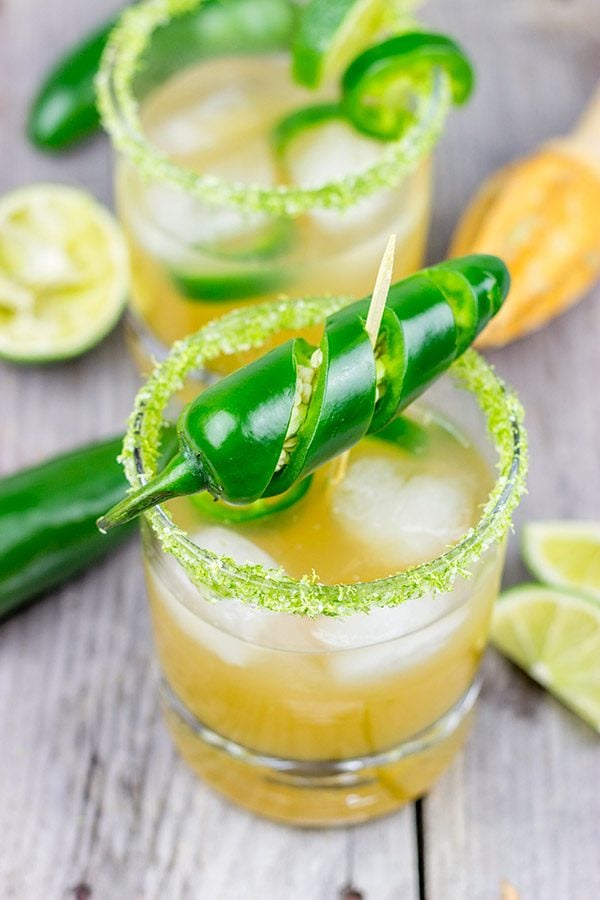 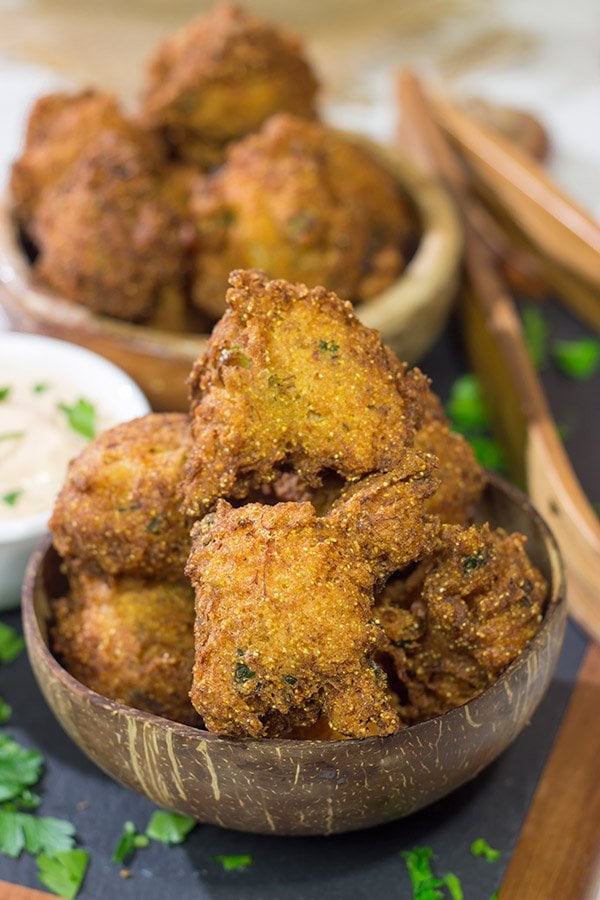