These Maple Pecan Coconut Granola Bars make an easy and delicious breakfast or snack on the go.  Make a batch this weekend! 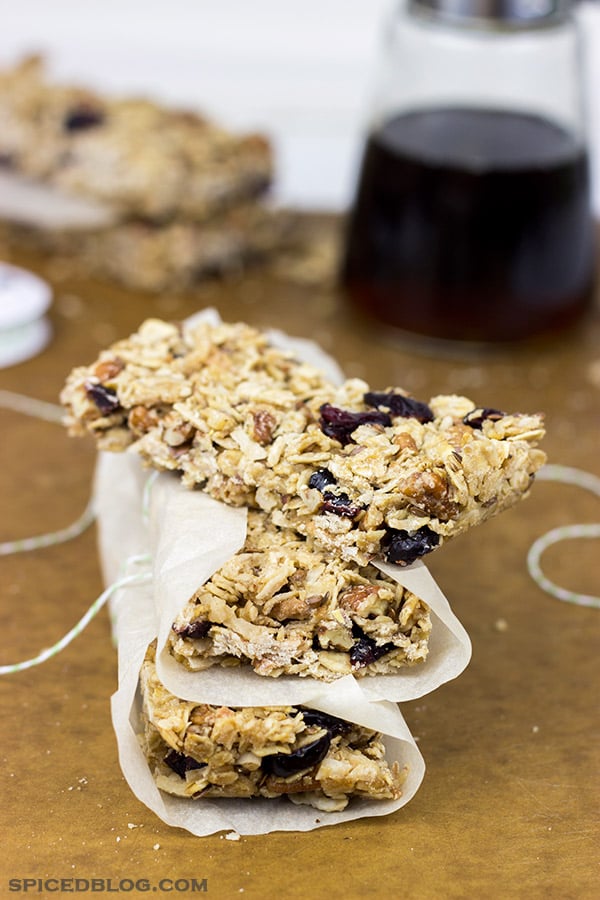 For years, I ate granola bars like they were going out of style.  My morning routine in grad school was to wake up early and hit the gym.  Since it was early (like really early), I never wanted breakfast before heading out of the house.  But by the time I had either gotten to school or work, I was always starving.  So I started keeping a box of granola bars in my desk.  They were a quick, easy and mostly healthy breakfast. 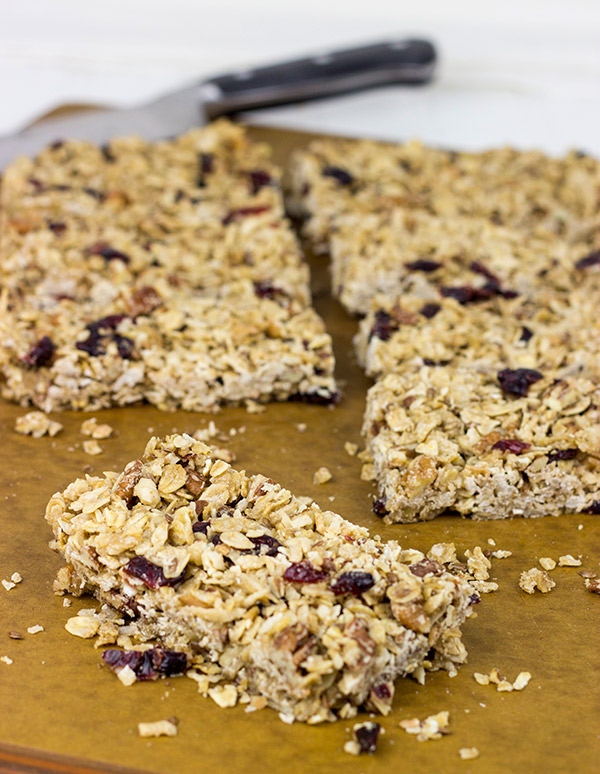 Fast forward a couple of years.  I had discovered a love for Greek yogurt and this had become my breakfast of choice when I was on the go.  Soon enough, I had a stash of Greek yogurt hidden in the back of the work fridge next to somebody’s bagged lunch that had been there for at least 2.5 months.  Well it didn’t take long before I started adding a couple of spoonfuls of granola on top of aforementioned yogurt.  My favorite granola recipe comes from one of my closest friends, and we almost always have a container of it in the pantry now.  Then I had an amazing idea.  Why not take that granola recipe and turn it into bar-form.  I had to try this…quickly!  A couple of hours later, these amazing Maple Pecan Coconut Granola Bars were sitting on my kitchen counter daring me to eat them.  Well, I took that dare.  And it was delicious. 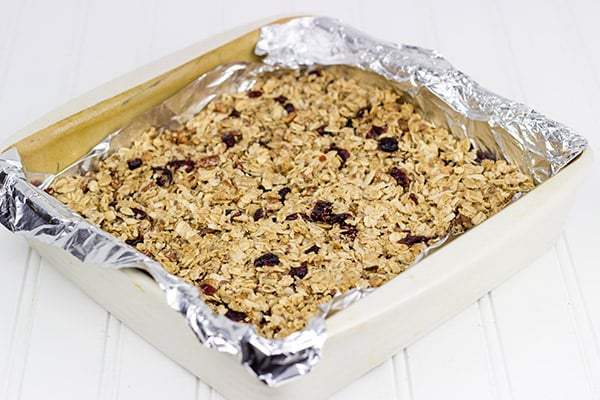 As I’ve mentioned before, my wife and I met in Atlanta, but we moved to upstate New York a couple of years ago.  I had no idea what to expect about this area of the country.  I grew up in the South, so the thought of moving way up North was a bit of a change for me.  Now I see snow.  A lot of snow.  Way more snow than I ever wanted to see.  But on a positive note, I discovered that this area is home to some of the best maple syrup in the country! 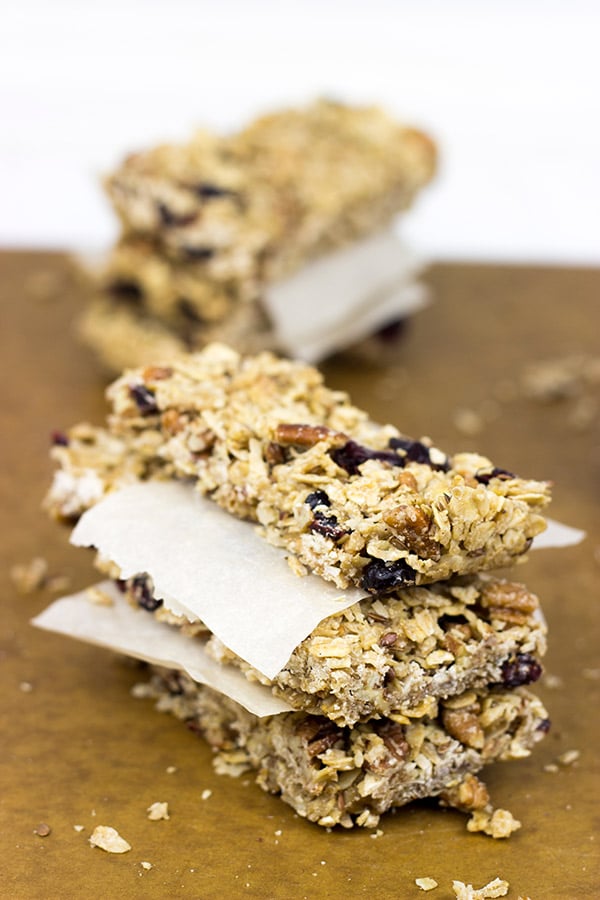 Before moving here, I had no idea how maple syrup was made.  But that all changed quickly.  In late February, taps are inserted into the trunks of maple trees, and buckets are hung below the taps (or tubes are attached to the taps).  Once the temperatures start to climb above freezing during the day, the sap starts to flow.  The buckets slowly fill and then that sap gets boiled down into syrup.  Pretty cool process.  If you ever visit this part of the country, then you’ll know how important maple syrup is to the area!

My wife and I visited a maple farm just last weekend, and it was an awesome experience!  Aside from the huge stack of buttermilk pancakes (of which I ate every single bite), we also got to taste the different grades of maple syrup.  I never realized how the different grades can vary…and the variation in taste is all thanks to mother nature.  (The taste of the syrup changes over the several-week-long sugaring period.)  It’s pretty darn cool to look at the ingredient list for maple syrup and just see one thing: 100% maple sap.  The sap is boiled down to syrup…and it takes over 40 gallons of sap to produce 1 gallon of syrup.  (I mean real maple syrup, not the corn syrup stuff with maple flavoring.)  Speaking of boiling the sap, I snapped this pic with my phone…it’s basically a huge wood-fired boiler.  How cool is that!? 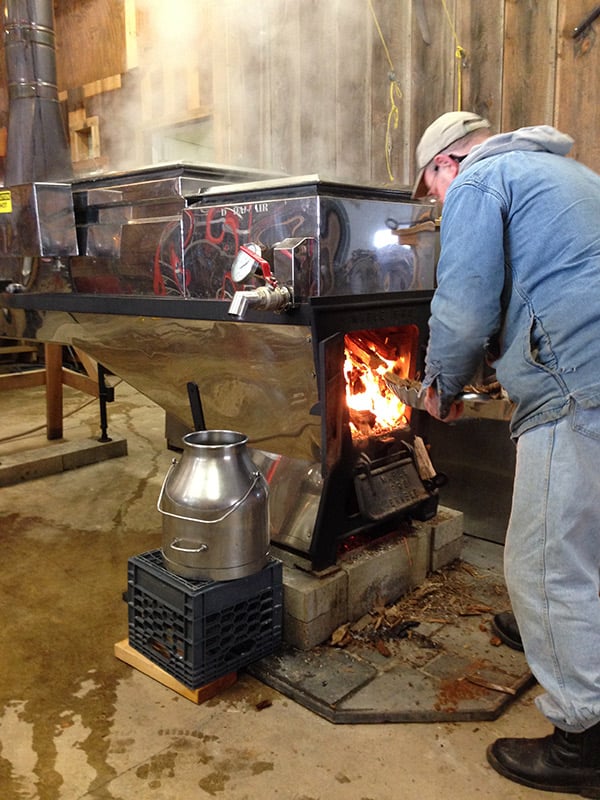 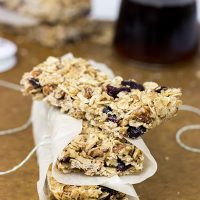 Looking for more homemade granola recipes?  Check out these other favorites, too: 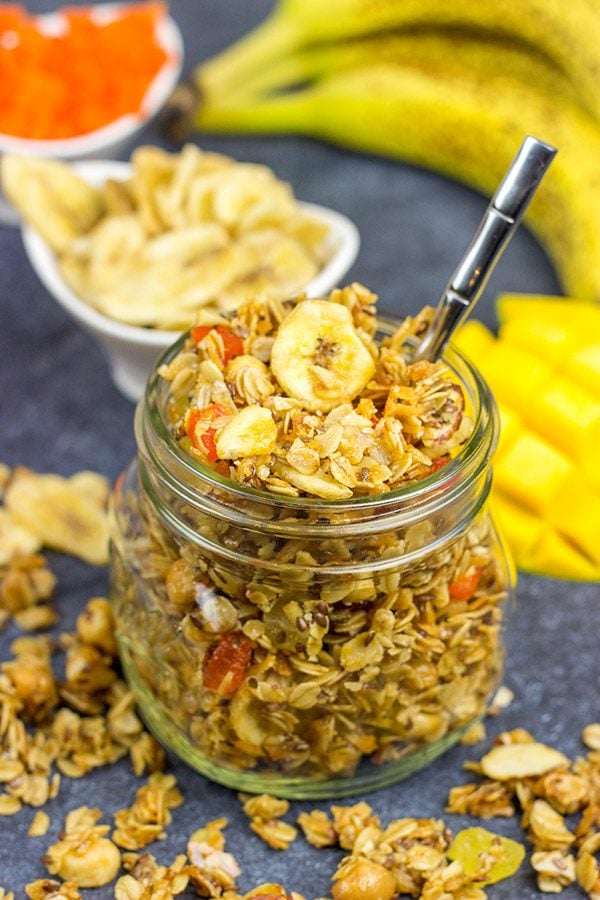 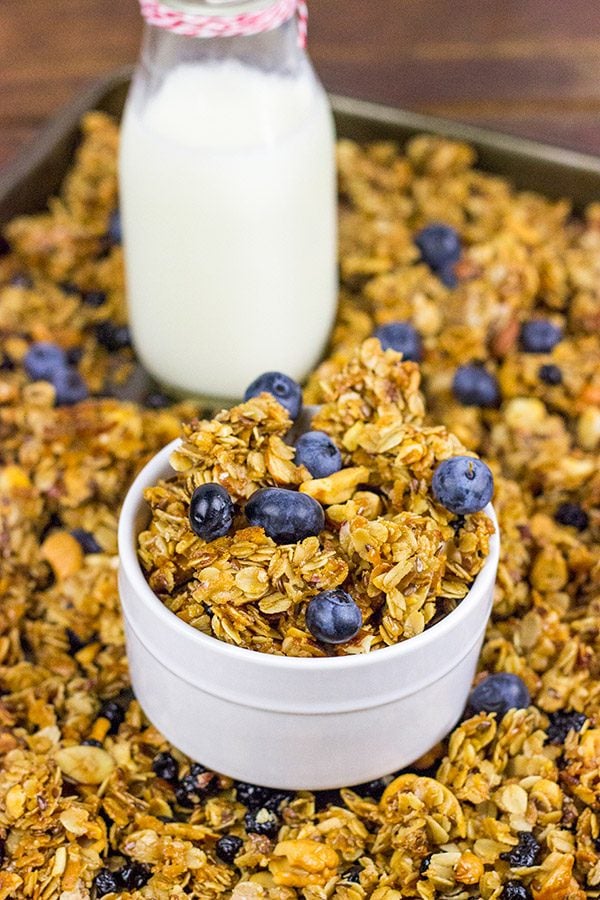 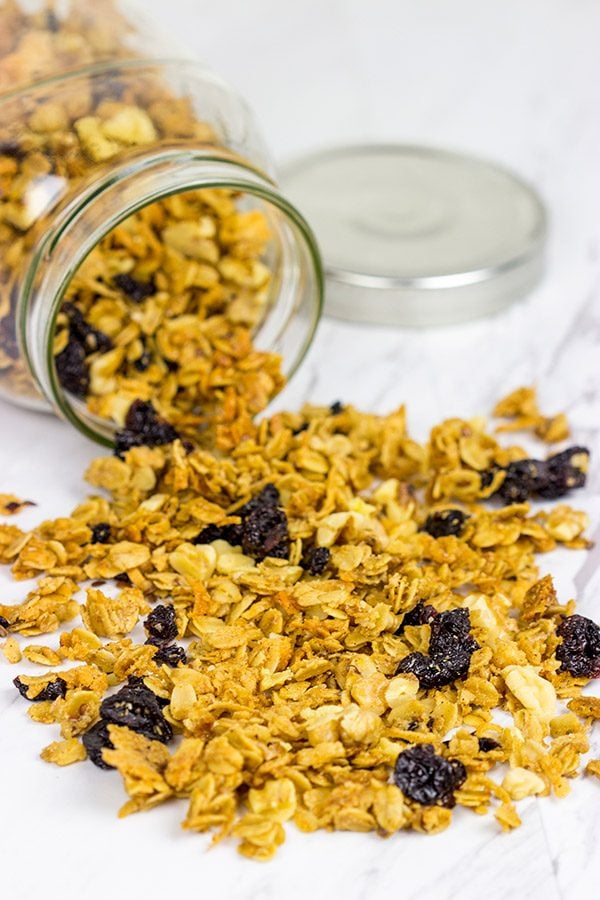