How can you go wrong with caramel, popcorn, and peanuts?
This Homemade Cracker Jack is a fun and addicting snack! 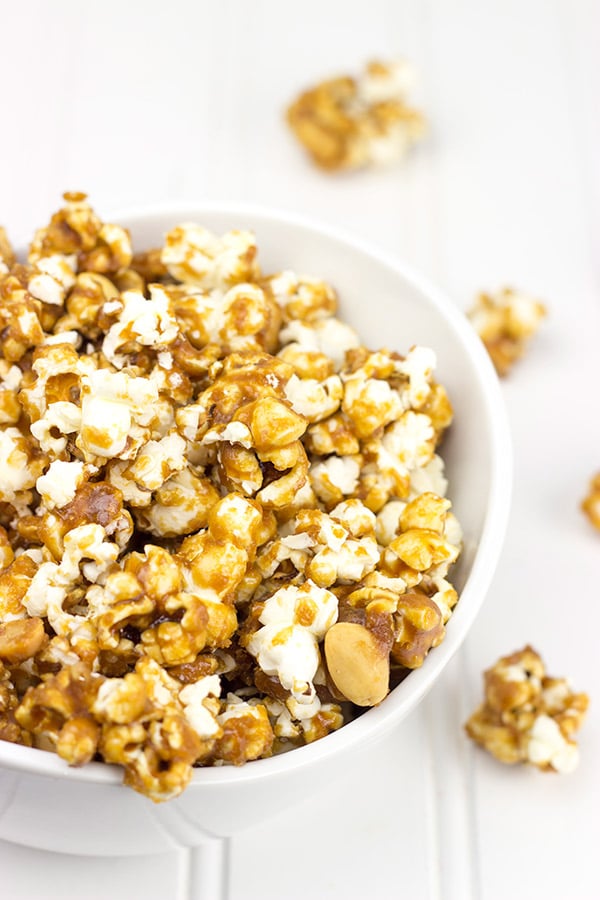 It’s that time of the year again.  The time of the year that college basketball fans unite and watch many, many hours of tournament action.  What’s not to love about 68 teams going head-to-head in hopes of cutting down the nets and hoisting that national championship trophy?  I’ve actually been known to take vacation days in order to watch the opening rounds of the NCAA tournament in their entirety.  If the games themselves aren’t your thing, then maybe the office pool will encourage you to watch.  Speaking of pools, did you hear about Warren Buffett’s $1 billion bracket challenge.  The catch: you have to pick every single game of the tournament correctly.  But it’s for $1 billion.  That’s $1,000,000,000.  That’s a lot of zeros.  Well, fortunately for Warren, his billion is safe.  No one made it past the first weekend of games with a perfect bracket.  I myself was out after the first game.  Yes, the first game.  Oh well.  It was worth a shot.  Of course, when I’m settled on the couch watching all of this basketball, I need snacks.  Lots of delicious snacks.  This Homemade Cracker Jack is a new favorite, and it’s tons of fun to make! 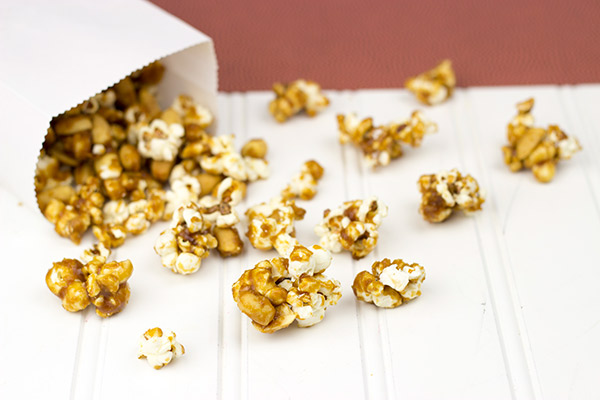 Warning: this Homemade Cracker Jack is a seriously addicting snack.  How can you go wrong with caramel, popcorn, and peanuts?  I’ve had a recipe for caramel popcorn stashed away in my files for a while now, but then I came across one which included molasses.  I was intrigued.  With all of the college basketball games going on, I knew this was a perfect time to try out the molasses addition.  Ummm…woah.  This is definitely my favorite new snack of the year.  It’s sweet & salty, crunchy & chewy, and all sorts of delicious!

I do have a couple of recipe tips for when you make your first batch of this Homemade Cracker Jack.  (Catch that?  First batch.  That’s because there will be many batches to follow.)  Make sure to use unflavored popcorn.  Buttered popcorn is delicious, but it kinda throws off this recipe. You can pick up unflavored popcorn in bags, but I actually prefer to make popcorn in a covered pan on the stovetop.  If you’ve never made popcorn on the stovetop, then check out this post on Parmesan + Rosemary Stove-popped Popcorn.  (That’s another delicious snack recipe if you prefer savory popcorn.) 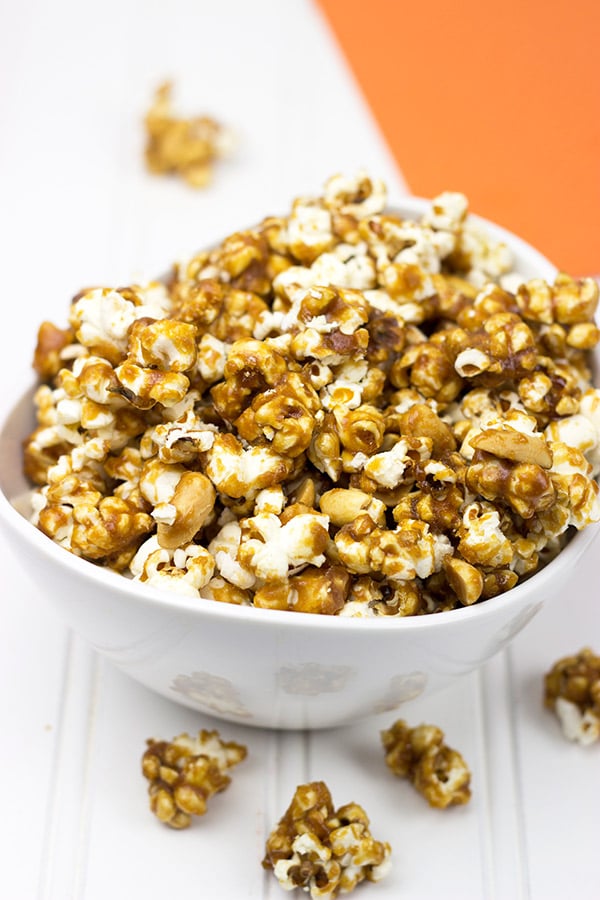 Another recipe note is that the caramel mixture is sticky and cools quickly.  That’s not necessarily a problem, but just be aware that the popcorn will be a bit difficult to stir initially.  That’s where the low-temperature oven comes into play.  Putting the mixture on a foil-lined sheet pan in the oven will help loosen the caramel topping so it’s easier to stir all the popcorn and peanut goodness together. 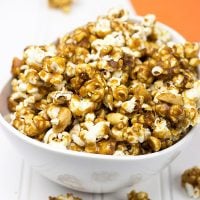 Recipe adapted from The Kitchn