Bacon on a cupcake?  It’s delicious!  These Maple Bacon Cupcakes feature a tasty combination of sweet and salty…and they’re a fun dessert to serve, too! 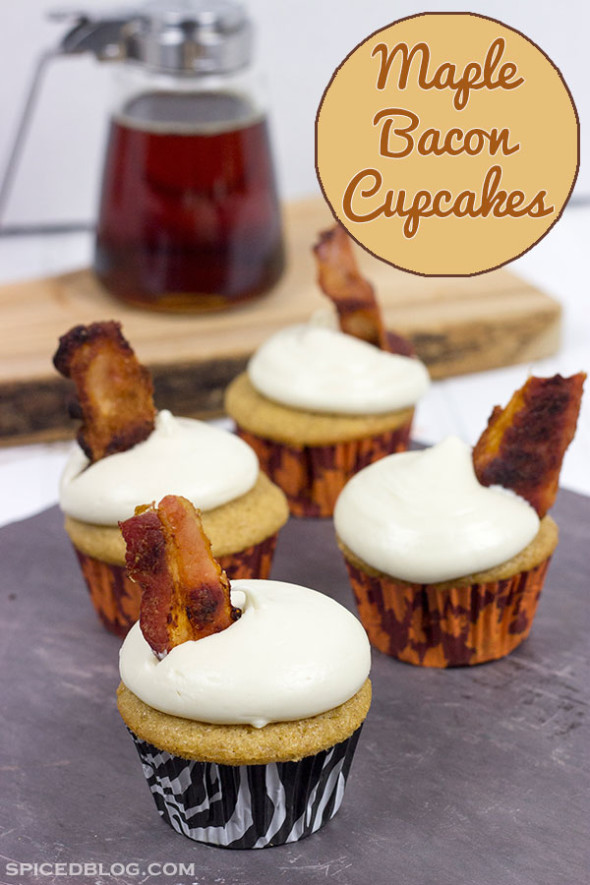 Have you ever come across something that just didn’t sound like it would taste good?  Maybe you saw it on a restaurant menu or a friend mentioned it, but you thought…wow, that sounds really awful!  Well, that was my first reaction when I heard about Maple Bacon Cupcakes.

I was living in Atlanta at the time, and Atlanta has become somewhat of a foodie mecca, and the chefs there seem to often push the boundaries a bit.  (One of my favorites was always the hamburger between two Krispy Kreme doughnuts…talk about another dish that makes you second guess it’s taste!)  But back to the Maple Bacon Cupcakes.  I have a serious sweet tooth problem, so cupcakes are up there at the top of my list.  And bacon makes everything better, right?  Everything?  Even a cupcake?  Yes! 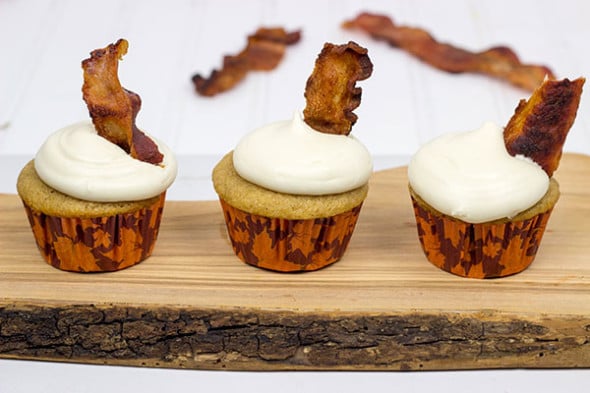 Once you get past the initial thought of combining bacon and maple in a cupcake, it actually makes a lot of sense.  After all, maple-cured bacon is delicious.  And the combination of sweet and salty can be quite addicting.  (My favorite candy bar is Take Five…mainly because of the combination of sweet and salty together in one bite.)  So after the internal debate on the intrinsic merits of this cupcake, I bit the bullet and had one.  Holy cow…it was delicious! 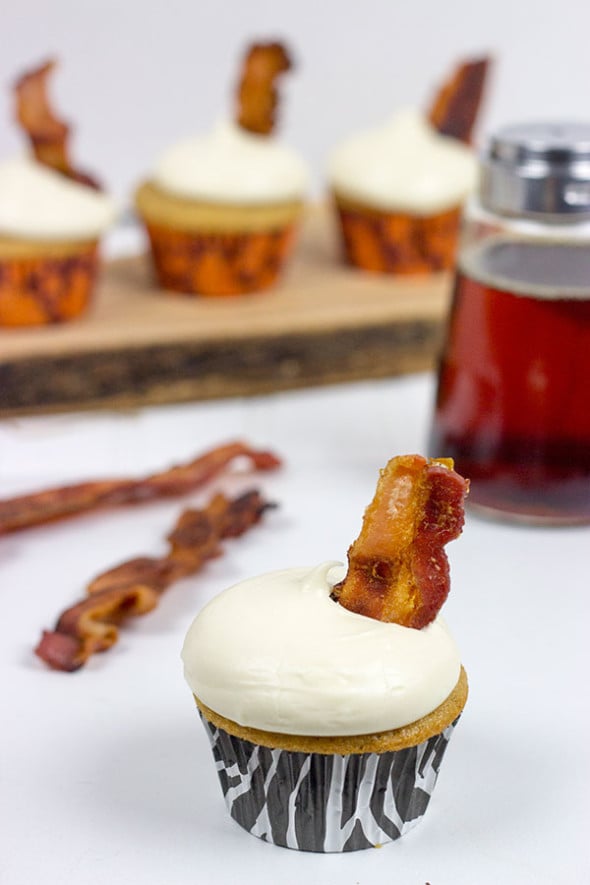 Now Maple Bacon Cupcakes have become more or less well-known across the country.  (Note: I’m not claiming that Atlanta invented this cupcake…but it is the first place I discovered it.)  I always associate Autumn with maple flavors, so I spent some time in the kitchen this week recreating my own version of the Maple Bacon Cupcake.

For those of you who are still a bit unsure of this combination, I chose to just stick a piece of bacon in the top of the cupcake.  That way it can easily be removed if you’re a little wary of bacon in your frosting.  But I still challenge you to try something different in the coming week…and these Maple Bacon Cupcakes are a great place to start! 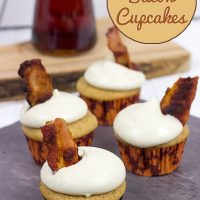