Bring good luck in the new year by eating a big bowl of Hoppin’ John on New Year’s Day! 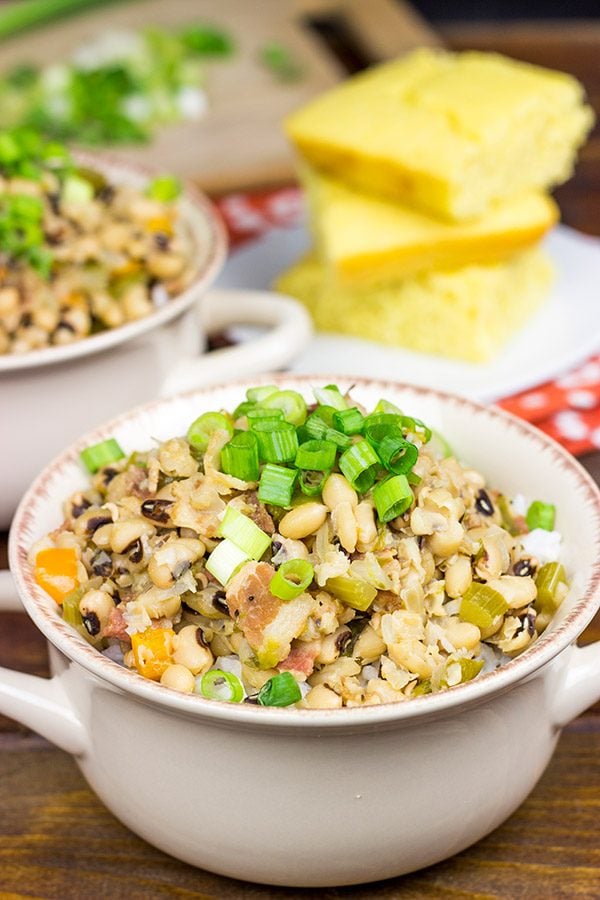 Well now it’s just you and me, 2015.  This year has been a great one for us in the Spiced house as we welcomed a son to our family.  That little bundle of squiggly baby has been a real joy!  But all good things must come to an end, and it’s time to turn our attention to 2016.

As you guys know, I grew up in Charleston, SC.  Looking back, I definitely had a unique childhood.  I grew up hearing tales of pirates that were captured and hung just a couple blocks from my house.  I grew up hearing stories about the ghosts that lived in nearby houses.  (Some say our house was haunted, too, but I’ll save ghost stories for Halloween!)  If there’s one thing the South has plenty of…it’s superstitions.  And as we head into a new year, we need to make sure good luck will be coming our way. 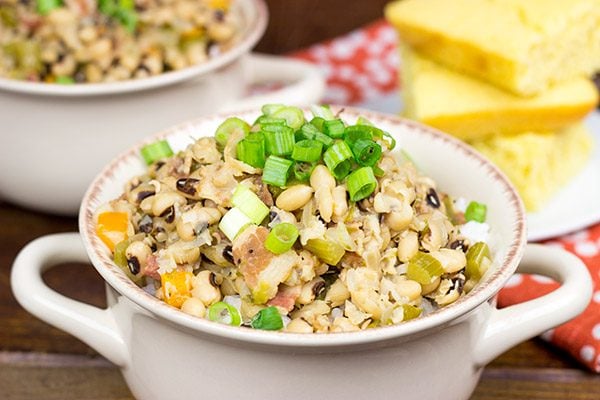 Hoppin’ John is a Lowcountry South Carolina dish that appears around New Year’s every year.  Superstition holds that if you eat Hoppin’ John on New Year’s Day, then you will have good luck for the coming year.  The black-eyed peas represent pennies/coins, and indeed a coin is often placed under a bowl of Hoppin’ John when served.

Like any good Southern comfort food, Hoppin’ John is best served with a batch of fresh cornbread.  Cornbread is the color of gold, so it is said that eating cornbread on New Year’s Day will bring wealth in the coming year.  The green onions piled on top are also the color of U.S. currency.  Sure, these superstitions might be a little weak, but I’m ok with that.  I’ll take all the help I can get in the luck department!  Plus, even if it doesn’t bring good luck, Hoppin’ John is just downright tasty! 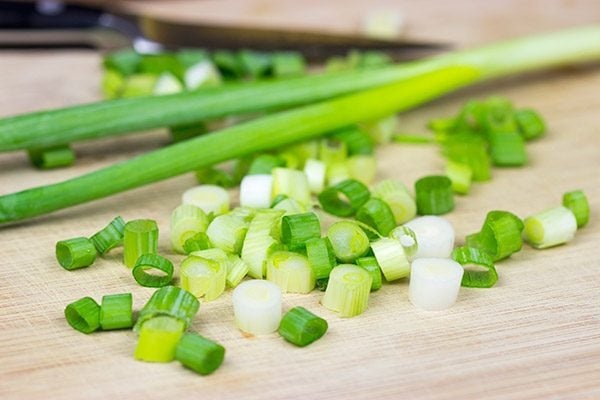 As a kid, I remember my mother always eating black-eyed peas on New Year’s Day.  I didn’t understand it when I was young, but now I get it.  It’s just what you do in the South.  It’s an age-old tradition that goes back generations upon generations…so why mess with a good thing?

Hoppin’ John reminds me of a Lowcountry version of Cajun Dirty Rice.  It’s a bit “soupier” than Dirty Rice, and it uses bacon rather than andouille sausage.  And of course black-eyed peas play an important role in Hoppin’ John.  A lot of folks actually use the leftover ham hock from the holidays in place of the bacon.  My wife always nabs the ham hock to make Ham Pot Pie (a strange yet tasty Amish recipe from central Pennsylvania)…so I used bacon in this version.  But unlike most recipes with bacon, the bacon doesn’t get fried up for Hoppin’ John.  Instead, the bacon just gets simmered in the broth and veggies, and it brings a nice smoky flavor to the dish. 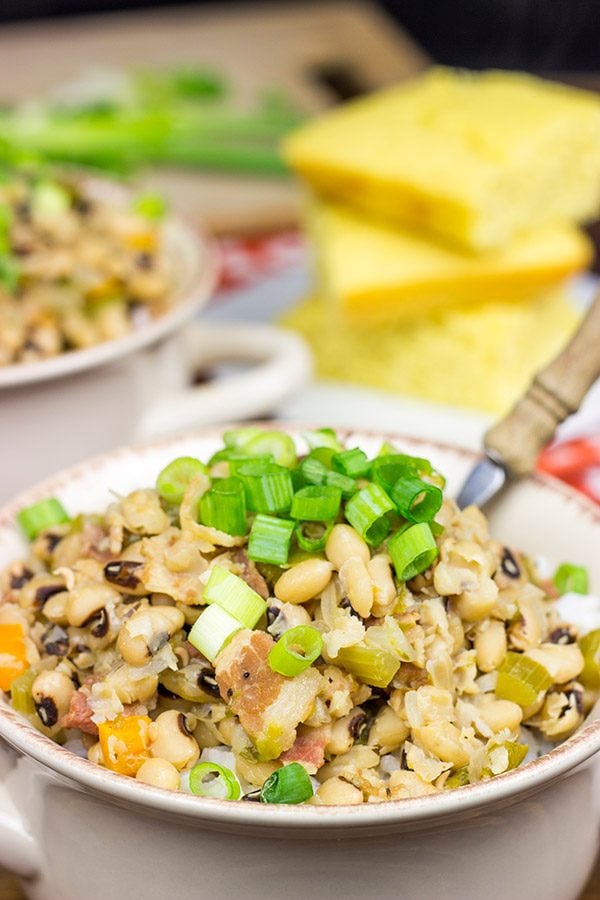 While Hoppin’ John is traditionally eaten on New Year’s Day, it can most definitely be eaten throughout the winter.  It’s a tasty black-eyed pea + rice dish that will keep you warm on the cold nights that are a-comin’.  Enjoy, and Happy New Year!

Do you have any traditional foods that you eat on New Year’s Day? 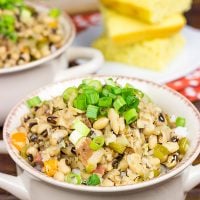