These Glazed Blueberry Crullers are a twisted cake donut filled with blueberries and drizzled with a classic glaze…and they’re delicious! 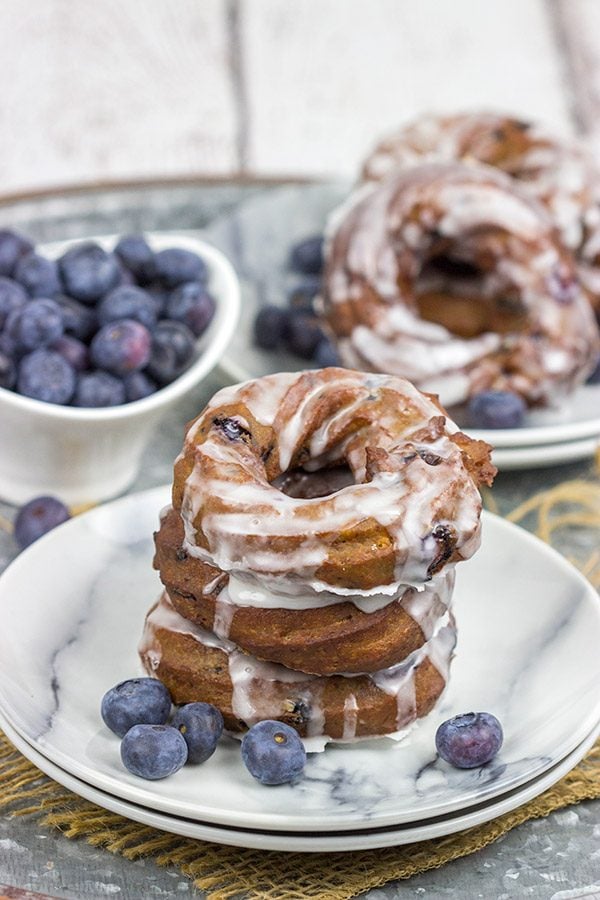 I have a history with crullers.  More specifically, I have a history with Glazed Blueberry Crullers.  For a short period after undergrad, I worked at a bank.  It wasn’t the greatest job by any means.  In fact, I kinda hated that job.  But that job did involve donuts.  And if it was a really lucky day, then that job involved glazed blueberry crullers.

You see, one of our regular customers would often show up with a box of mixed donuts for us.  There were always one or two blueberry crullers in there, and we all descended on that box like hungry sharks.  And that’s where the luck came in.  Sometimes I managed to emerge from the fray with a glazed blueberry cruller in hand.  And then I was happy…until the cruller was gone. 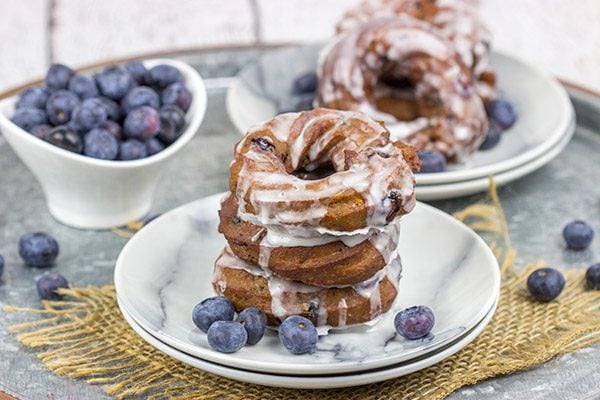 Fast forward about 8 years.  I was living in Atlanta commuting to Athens for grad school.  The drive clocked in at about 90 minutes each way, so I spent a lot of time in my car during those years.  (I have a love-hate relationship with Georgia highway 316.)  But then one day, I needed gas.  So I stopped at a gas station along the way and filled up.  I also grabbed a soda for the road…and a glazed blueberry cruller.  Yes, that’s right.  I got a donut from a gas station.  And it was fan-freaking-tastic!  While the gas station donut trip didn’t become a regular thing, I’d be lying if I said it never happened again.  In fact, on my last trip from Athens back to Atlanta, I made sure to stop for a glazed blueberry cruller.  You know, for old times sake and such. 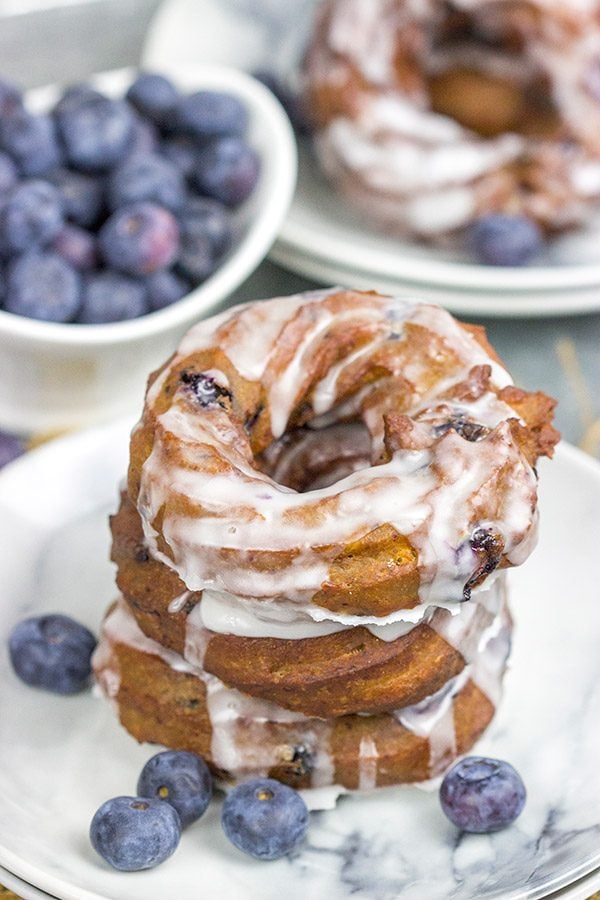 So the other day, I decided to try my hand at making crullers.  A cruller is traditionally a rectangular-shaped donut, but I made these Glazed Blueberry Crullers round.  They’re still the same cruller, just in a different shape.  Now I don’t make actual donuts very often around here.  Sometimes I’ll pull out the donut pan and make a baked version, but a real-deal-Holyfield fried donut?  Not often.  But Glazed Blueberry Crullers hold a special place in my belly, so I decided to go all out and try to make these favorites here at home.  And the result?  Holy donuts, Batman! 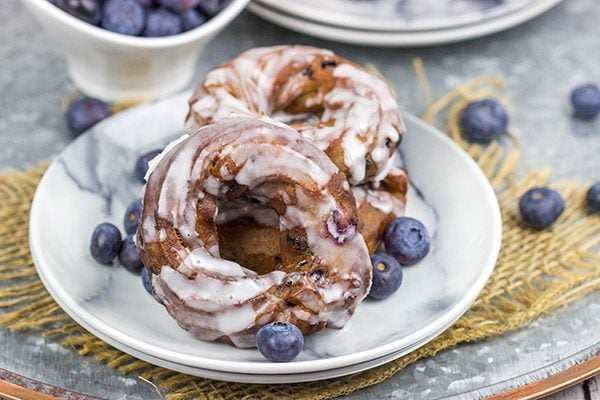 Robbie loves blueberries, so we often keep a container of fresh blueberries in the fridge for him.  But these Glazed Blueberry Crullers actually work better with frozen blueberries as they’re easier to dice.  Those berries get folded into a dough that is then piped out into rings via a large star tip.  Somewhere I read that the easiest way to make crullers is to pipe the dough onto small squares of parchment paper.  Then you just flip the paper over into the frying oil and fish the paper back out with tongs.  Nice and easy tip for sure.  (The dough for these crullers is somewhat loose, so the other option is just piping it straight into the frying pan…and that sounds like a disaster waiting to happen!) 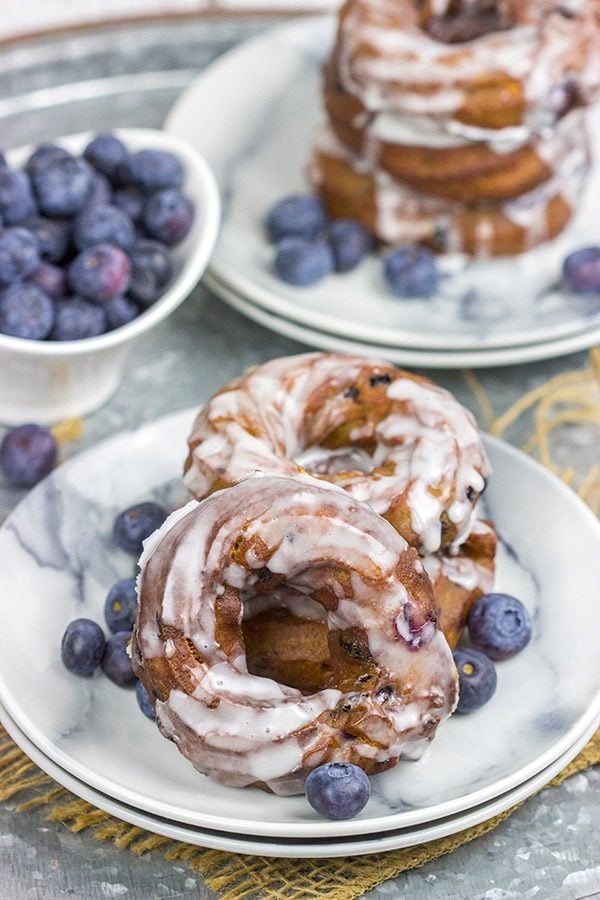 I hope you discover a love for Glazed Blueberry Crullers…but don’t get between me and the last one!  Enjoy, my friends! 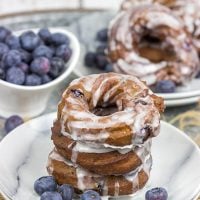