Mix up the weeknight dinner routine with this Cajun Pastalaya with Smoked Andouille Chicken Sausage!

Disclosure: This Cajun Pastalaya with Smoked Andouille Chicken Sausage post was sponsored by al fresco, but the recipe and opinions are entirely my own. Thank you for supporting the brands that support Spiced! 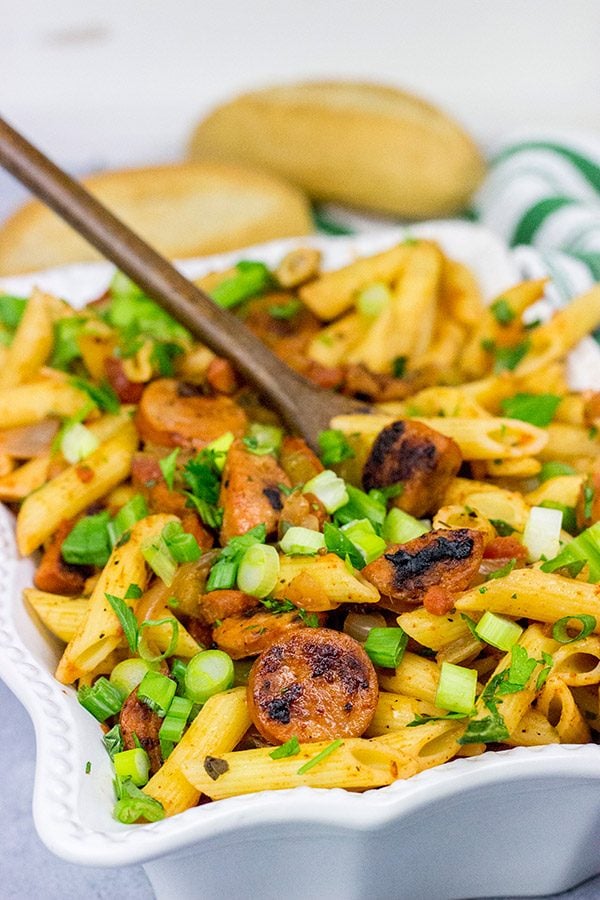 Ah, the grass is growing and the birds are chirping.  The temperatures are starting to rise, and that can only mean one thing…well, two things.  Summer is coming, and festival season has returned to Louisiana!  From pirate festivals in Lake Charles to crawfish festivals in Breaux Bridge, you can hardly go a weekend without a festival of some sort in Louisiana.  The annual Gonzales Jambalaya Festival was just held this past weekend, and one of the highlights of the festival was the jambalaya cooking contest. 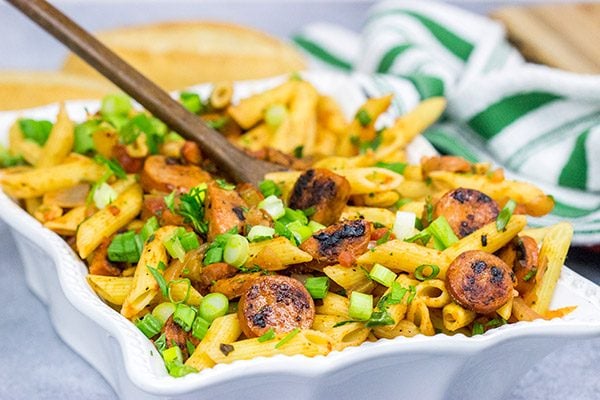 Jambalaya is a staple in Louisiana kitchens, and legend has it that jambalaya was invented when Spanish troops took possession of Louisiana in 1763 following the French & Indian War.  Their attempts to recreate paella with local ingredients led to what is now known as jambalaya.  Jambalaya is often served at large events (tailgates, church dinners, etc.), and that means jambalaya pots must be quite large.  (For the record, entrants in the jambalaya cookoff must supply their own iron pot and paddle.  Not spoon.  Paddle.) 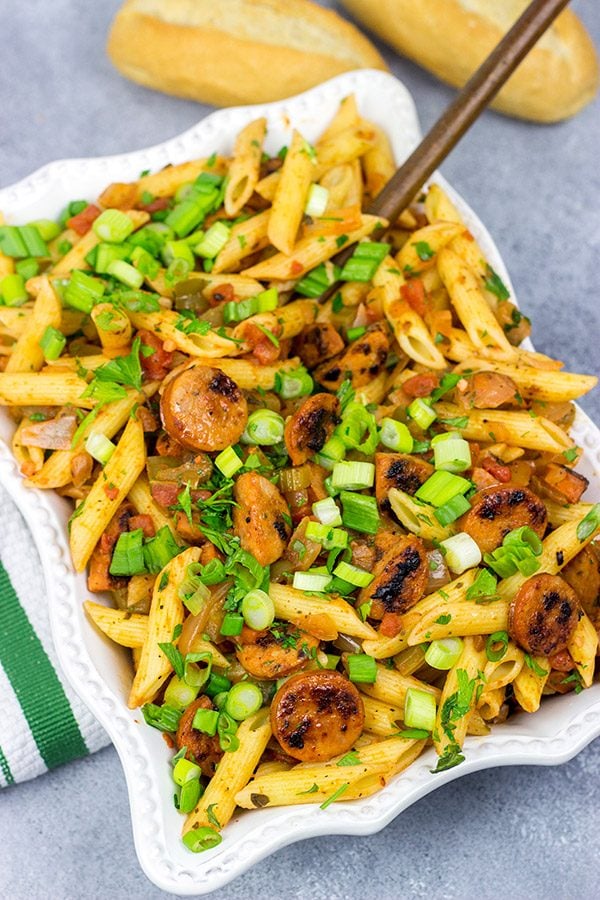 I often add andouille sausage to the pot whenever I make jambalaya.  Andouille, a requirement for many Cajun dishes, is a smoked sausage made with garlic, peppers, onions and seasonings.  It’s delicious!  When Laura and I first moved up here to upstate New York, I was sure I was going to have to order my andouille online.  However, andouille is much easier to find in the stores these days, and I recently stumbled across al fresco’s Smoked Andouille Chicken Sausage.  This sausage is made with lean chicken so it includes 70% less fat than pork sausage.  al fresco makes 10 flavors of fully-cooked chicken sausage, and we love grilling up those sausages along with veggies for a quick summer meal.  (Their Buffalo Style with Blue Cheese flavor is one of our favorites!) 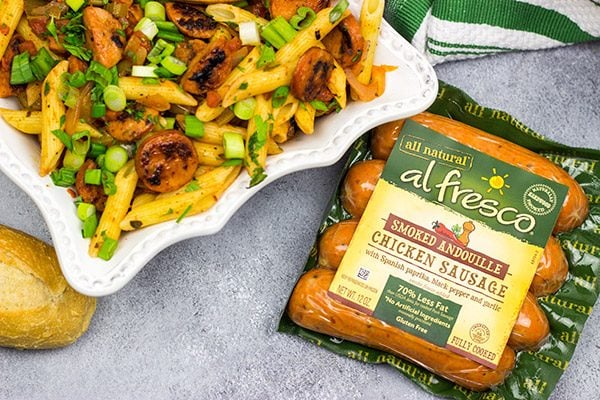 One cooking tip that I picked up when I lived back in Louisiana is to always brown the sliced andouille sausage.  al fresco’s Smoked Andouille Chicken Sausage is already fully-cooked, so that makes this step nice and easy.  Just slice up the sausages and cook ’em in a bit of olive oil until both sides begin to brown.  That extra little step adds a wonderful depth of flavor to the final version.  This Cajun Pastalaya doesn’t involve rice, so it wouldn’t qualify for the jambalaya cookoff…but I’m here to tell ya that this recipe is a keeper!  It can be made in about 30 minutes total, so it’s perfect for dinner on a busy weeknight.  And Cajun Pastalaya with Smoked Andouille Chicken Sausage reheats really well for a quick lunch the next day.  (I speak from experience here!) 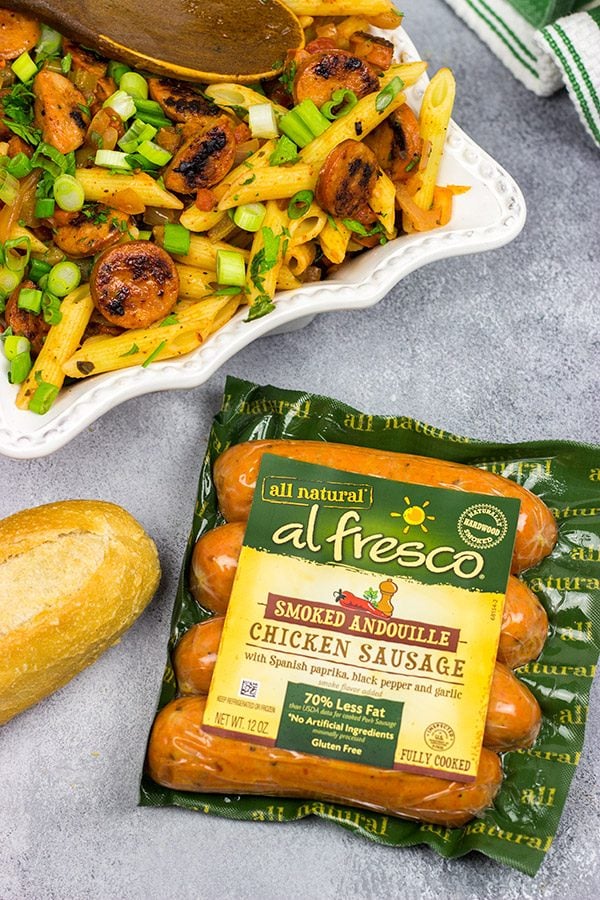 In case you didn’t make it to the Jambalaya Festival this year (or even if you did), you can still whip up this Cajun Pastalaya with Smoked Andouille Chicken Sausage for dinner this week!  Enjoy! 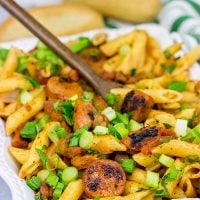