Loaded with fresh apples, these Glazed Apple Fritters
are the perfect treat for a cool Fall morning! 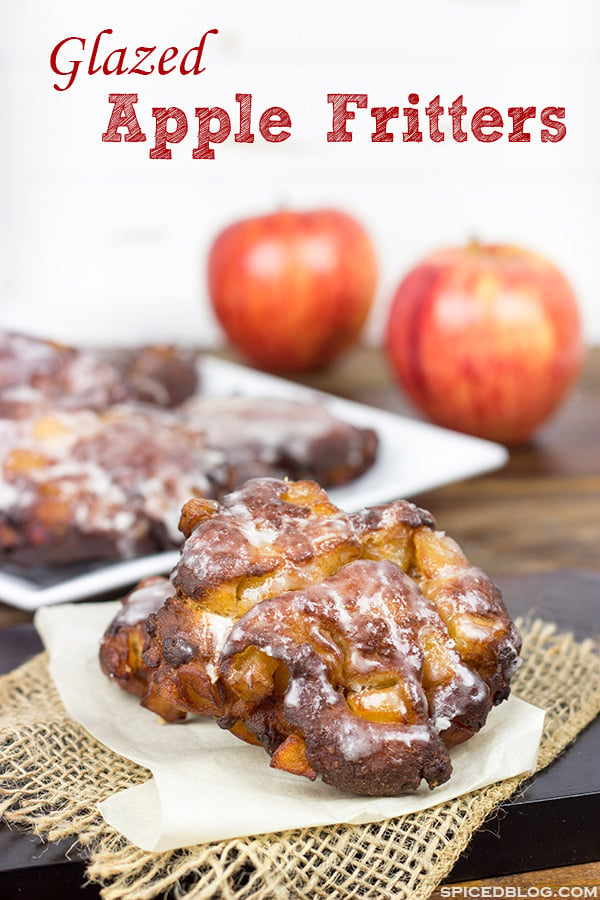 What is your ultimate weakness when it comes to food?  Is it something sweet?  Or maybe salty?  Mine is easy…it’s apple fritters.  There.  I said it.  I have an apple fritter problem.  I can’t walk past them in the store without grabbing one.  In fact, I have to be a bit strategic in my weekly grocery store runs.  There is a corner near the bakery stocked with doughnuts…including apple fritters.  I channel my inner Usain Bolt to get through this section unscathed.  Little old ladies and kids: watch out!  I’d hate to run you over with my shopping cart as I race past the apple fritters.

When my little sis got married last summer, she handed out small boxes of mini-apple fritters as folks left the reception.  I somehow managed to save those bad boys until the next morning, and I gobbled them down sitting in the Nashville airport.  Best breakfast ever.  When we went back to visit her earlier this year, I made her take a special trip over to that doughnut store.  Yup, that happened.  Hey, I was on vacation, and nothing says vacation like an apple fritter! 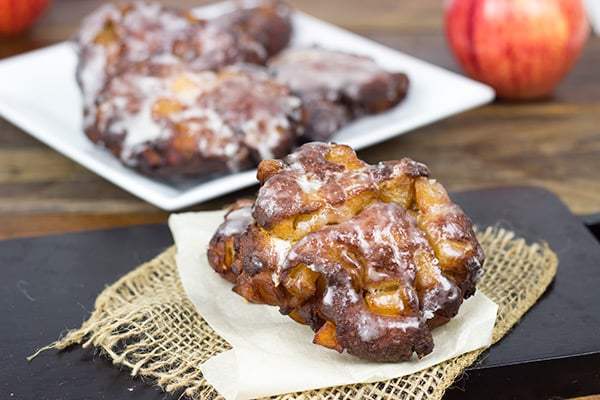 Back when I lived in Atlanta, I commuted several days a week over to Athens, GA for grad school.  If I timed the traffic just right, then I could make it door to parking spot in 1.5 hours.  There was an awesome convenience store about half-way between my house and campus, and I’d always stop and grab a diet soda on the way to class.  Every once in a while, I’d grab an apple fritter, too.  (Yes, I am fully aware of the irony of getting a diet soda along with an apple fritter.)  Hey, that apple fritter helped me battle the traffic.  It was a necessity. 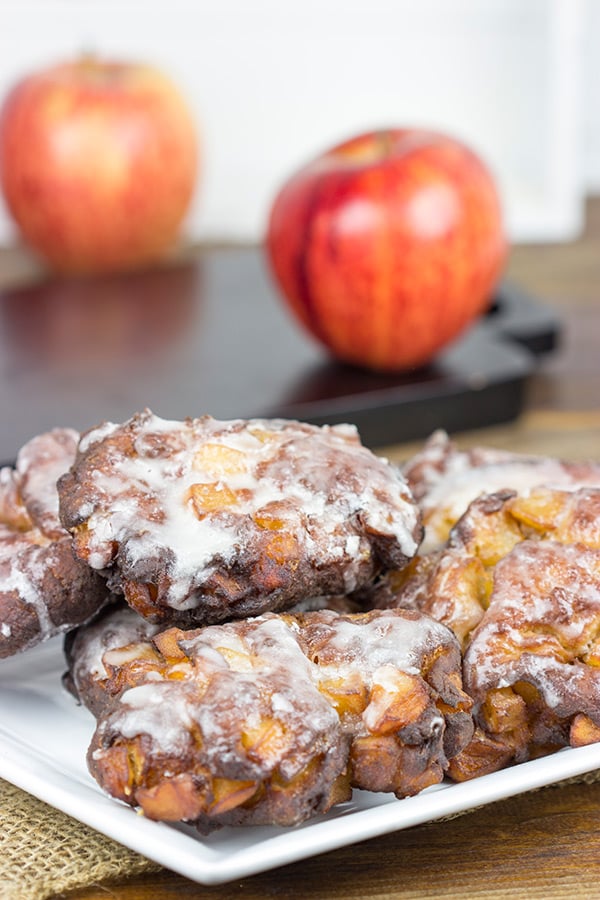 We try to avoid frying food too often around here.  I’ll still fry occasionally, but it’s all about moderation!  Considering how glazed apple fritters are my one true weakness, I think frying is completely justified on this occasion.  This was my first attempt at making apple fritters, but I gotta say…they turned out great!  They were incredibly tasty, although I may or may not have burned my tongue as I couldn’t wait long enough for them to cool.  Oops. 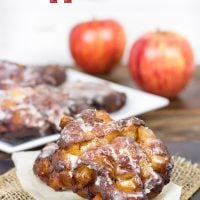