How can you go wrong with marshmallows and chocolate ghosts??
These quick and easy Count Chocula Cereal Treats are perfect for Halloween! 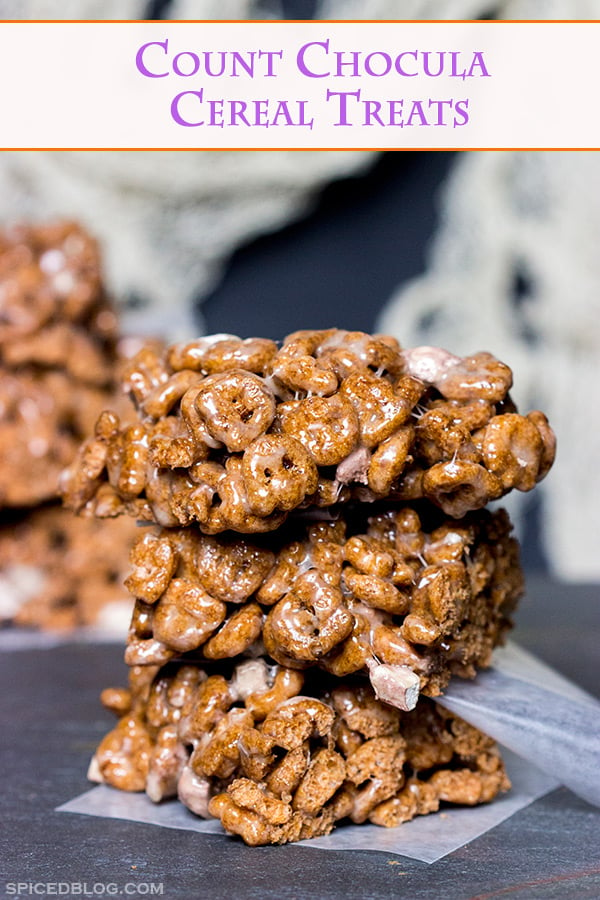 I like to think that we’ve got a pretty healthy routine here in the Spiced house.  We get up early (really early) and go to the gym several days a week.  We eat yogurt + granola or healthy cereal every morning.  But sometimes it’s fun to indulge a little bit.  I’m not much on sugary cereals…until it comes to Halloween.  That’s when Count Chocula makes his appearance.  And like old-school Nintendo, hammer pants and Reebok pumps, I pretty much can’t say no to anything that reminds me of the 80’s.

About a month or so ago, my wife and I went out to the Massachusetts coast for a quick overnight trip.  We ventured into Salem that evening for a quick tour around town.  It was a dark and stormy night.  (I swear I’m not writing a cheesy murder mystery here…it really was a dark and stormy night.)  But that was the perfect pretense for visiting Salem.  After all, Salem is home to the infamous witch trials in the late 1600’s…so creepy weather just seemed appropriate.  Speaking of creepy, we stopped in a couple of magic stores which were both fascinating and odd at the same time. 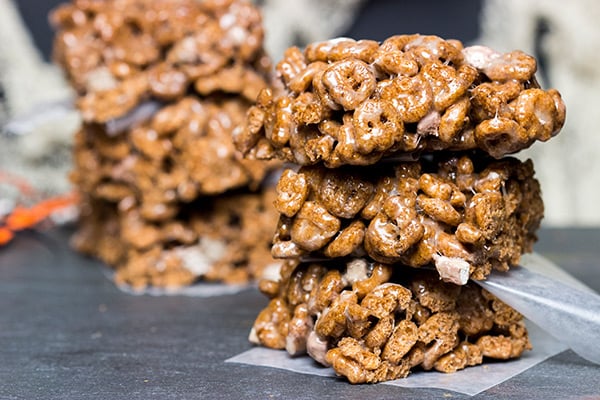 While we were there, I learned about some pretty crazy food superstitions of 17th century Salem.   For instance, girls would drop an egg white into a glass of water, and the shape of egg white would then reveal the profession of her future husband.  An anchor would mean he’d be a sailor.  A book might mean he’d be a preacher.  I wonder what it meant if the egg white just stayed shapeless?  According to writings from the time, one girl saw a coffin.  Her future husband could very well have been a coffin builder…but he could also have been Dracula.  Seriously, though, Salem was a pretty cool place, and we’re planning a return trip when the weather is nicer.

But back to these Count Chocula Cereal Treats.  Instead of making regular rice krispie treats, I decided to make Count Chocula ones instead.  I mean, the cereal is sweet enough to be dessert as it is…so this one just makes sense, right?  Since Count Chocula cereal is shaped like ghosts, this is perfect for Halloween!  As with regular rice krispie treats, though, these taste best on the first day.  We still nibbled on them over the next couple of days, but they seemed to get a bit chewier after Day 1.  I suspect it’s because the pieces of Count Chocula are bigger than rice krispies, so there’s more exposure to air.  Who knows.  Either way, these are a fun and easy Halloween treat that reminds me of growing up in the 80’s.  That makes them pretty rad and gnarly.  Happy Halloween! 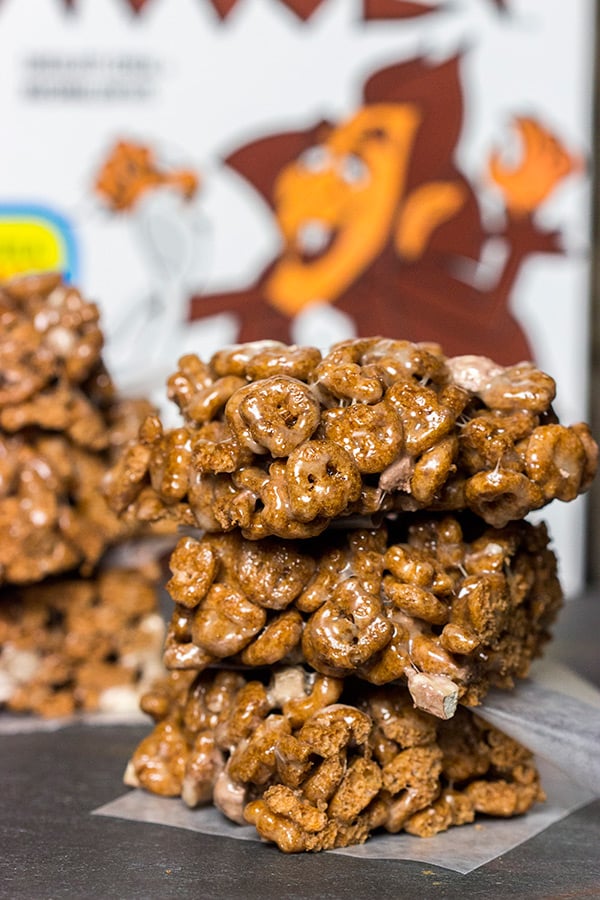 Did you make these Count Chocula Cereal Treats at home?  Leave a comment, or snap a photo and tag me on Instagram (@Spicedblog).  I’d love to see your version! 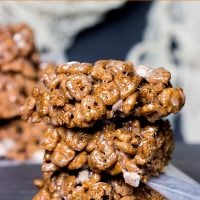 Note: This post is not sponsored by General Mills cereal.  I just have a strange obsession of anything that reminds me of the 1980’s.

Looking for more tasty Halloween recipes?  Check out these other favorites, too: 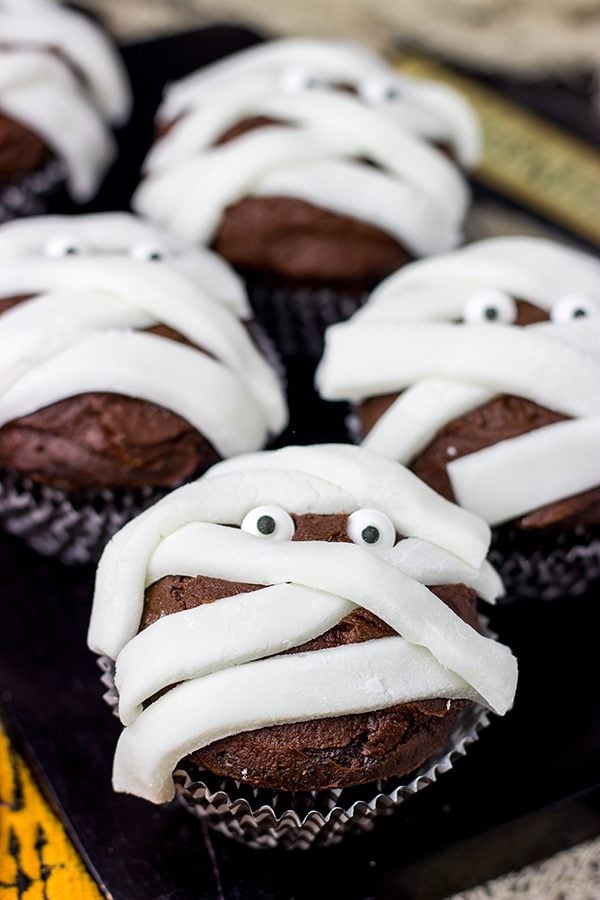