This Cinnamon Pecan Pound Cake features a sour cream pound cake filled with a layer of sugared pecans – it’s one heck of a tasty dessert!

I actually chuckled at that one. Robbie has been a joke kick for the past several months. I literally google ‘bad Dad jokes,’ and he loves them. And then he started trying to come up with jokes himself. That was a learning experience…but he’s finally getting there! That pecan joke officially qualifies as a bad Dad joke in my book.

All jokes aside, let’s talk about pecans…in the form of this Cinnamon Pecan Pound Cake. Last holiday season, I made a batch of sugared pecans – we like to nibble on them after dinner. At the time, Laura suggested I use those cinnamon pecans in a cake. I thought it was a fantastic idea…and the result is this pound cake.

I’m pretty sure Laura expected me to sprinkle chopped cinnamon pecans on a frosted cake, but I went the pound cake route. I’ve always loved a good pound cake! This time, I made that pound cake with a generous layer of cinnamon pecans in the middle. It was the best of both worlds!

Am I the only one who holds my breath when I flip a Bundt pan over and lift it off? I normally never have any trouble, but in recent years I’ve had enough Bundt pan failures to give me a moment of mild panic each time I lift that pan up. Don’t get me wrong – we always eat the cake even if it falls apart. It just looks much more attractive to serve a slice of pound cake rather than a scooped out pile of pound cake pieces. It still tastes the same though!

Fortunately, this Cinnamon Pecan Pound Cake came out of the pan perfectly. We enjoyed slices of this cake recently while sitting around chatting with Laura’s parents. The cake was a huge hit, and it didn’t last long!

If you’re looking for one heck of a tasty pound cake recipe, put this one on the list! It does take a bit of extra time since you have to bake the cinnamon pecans first…but that time pays off in the end. Or you could do what I did and just make a double batch of cinnamon pecans. Half go into the pound cake recipe. Half go into a container for munching. Either way, I hope you enjoy this dessert as much as we did! Happy baking!

Did you make this Cinnamon Pecan Pound Cake at home? Leave a comment, or snap a picture and tag me on Instagram (@Spicedblog) – I’d love to see your version! 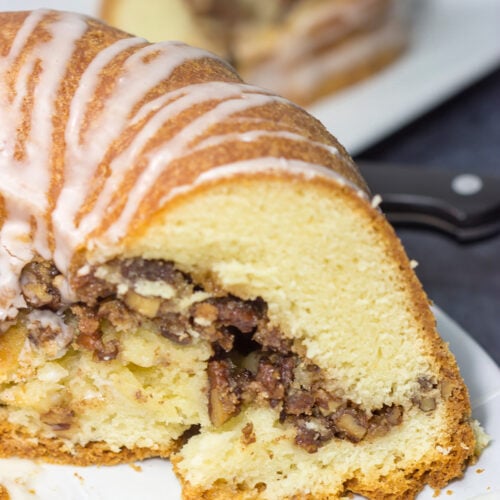 For the Cinnamon Pecans

For the Bundt Cake

For the Cinnamon Pecans

For the Bundt Cake

Looking for more tasty pound cake recipes? Check out these other favorites, too: 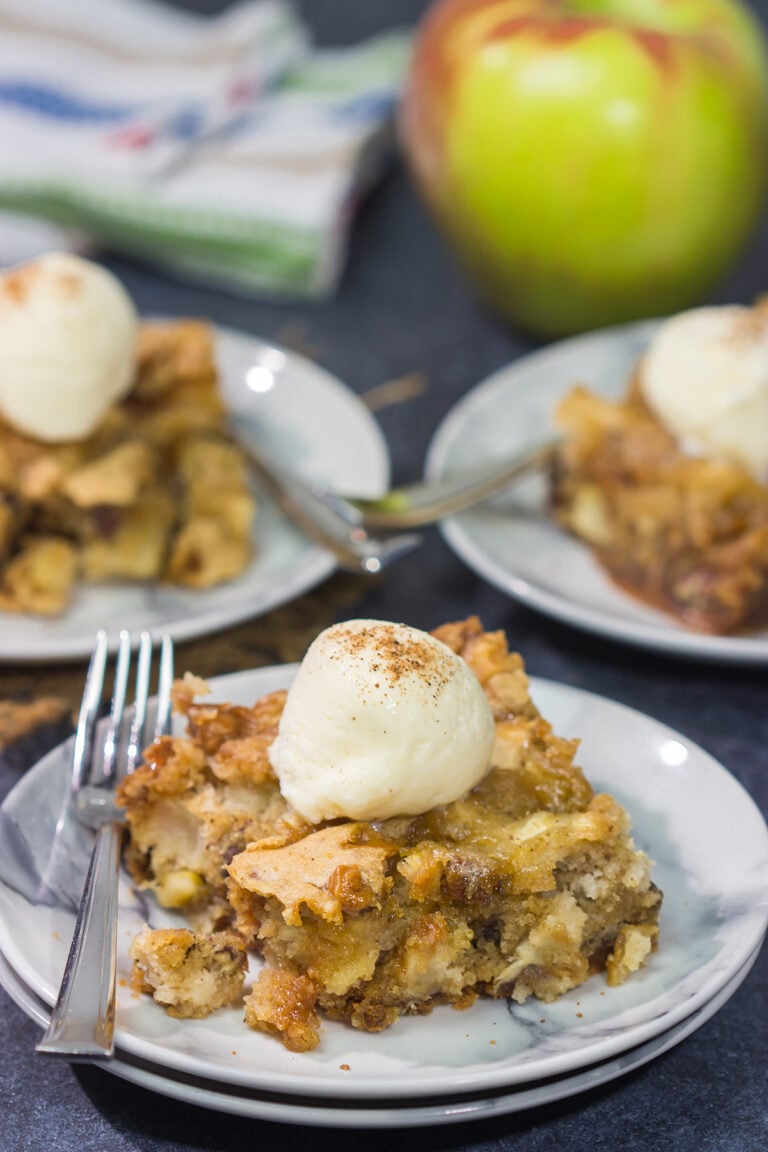