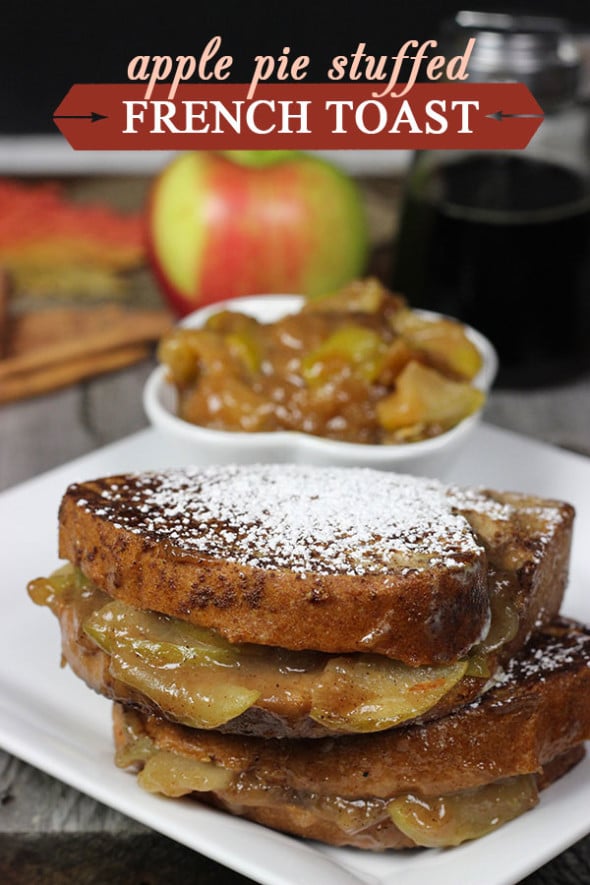 I love weekend breakfasts.  There’s something about a hot cup of coffee (I’ve been loving Green Mountain’s pumpkin coffee lately!) and a delicious baked treat that makes me want out of bed and get the day started.  (During the week I usually stick to yogurt and granola…which is delicious, but it just can’t top a special weekend breakfast yum.)  As I’ve mentioned many times in recent posts, we are in the midst of apple season here in upstate NY.  And with all of the apple-related recipes coming out of my kitchen lately, you might think I’d be over apples by now.  Nope.  Not even close!  I’ve always been a fan of stuffed French toast, so this past weekend I pulled out the griddle and made this delicious Cinnamon Apple Stuffed French Toast for breakfast.

The beauty of this Cinnamon Apple Stuffed French Toast recipe is that it really is quite easy to make.  The apple filling can be made in advance, or if you’re really short on time, you can use canned pie filling.  I’ve seen stuffed French toast in the past that features two slices of French toast with delicious filling in between.  But I’ve always been confused by this.  That’s like a French toast sandwich, not stuffed French toast.  Several weeks ago, I came across the idea of using an extra-thick slice of bread and cutting a “pocket” into the center for the filling.  Let me tell you…this worked great!  I found that it was easier both to cook and serve this style of stuffed French toast.  Just don’t cut all the way through the extra-thick slice of bread.  And also make sure to not cut the slice too thick, or else you might have a hard time cooking your French toast all the through. 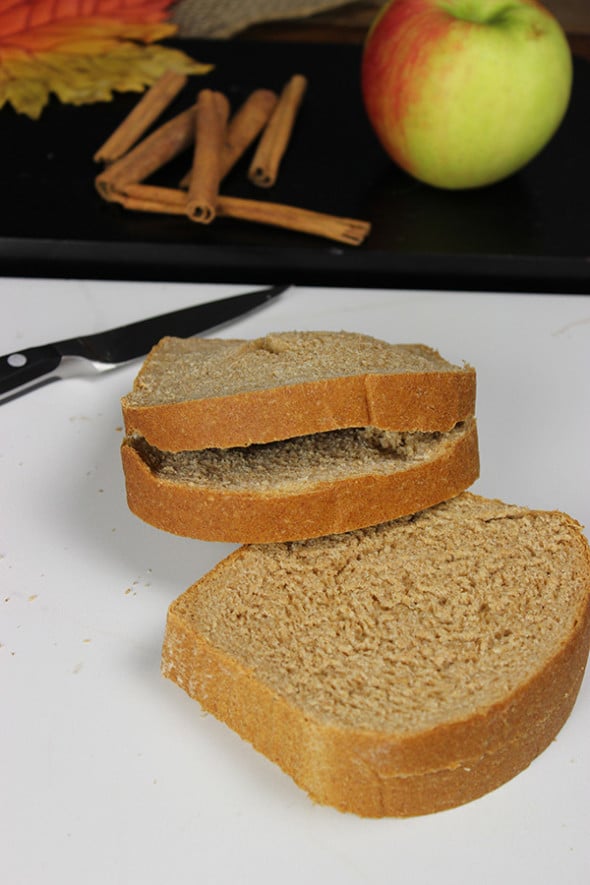 In case you were wondering, it is totally acceptable to make this Cinnamon Apple Stuffed French Toast for dinner.  I’m a big fan of breakfast for dinner on occasion…especially when it starts to get cold outside!  Speaking of cold nights, is anyone else as excited as I am about the return of our favorite Fall tv shows?  Between reruns and the lack of good sports (sorry, baseball), I find the summer to be a bit boring at times.  (That’s usually when I head outside and fire up the grill!) 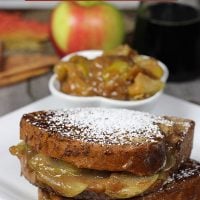 For the Apple Pie Filling

For the Apple Pie Filling

Putting It All Together