Who says you need a campfire for smores?
This Cast Iron Skillet Smore makes for an epic dessert! 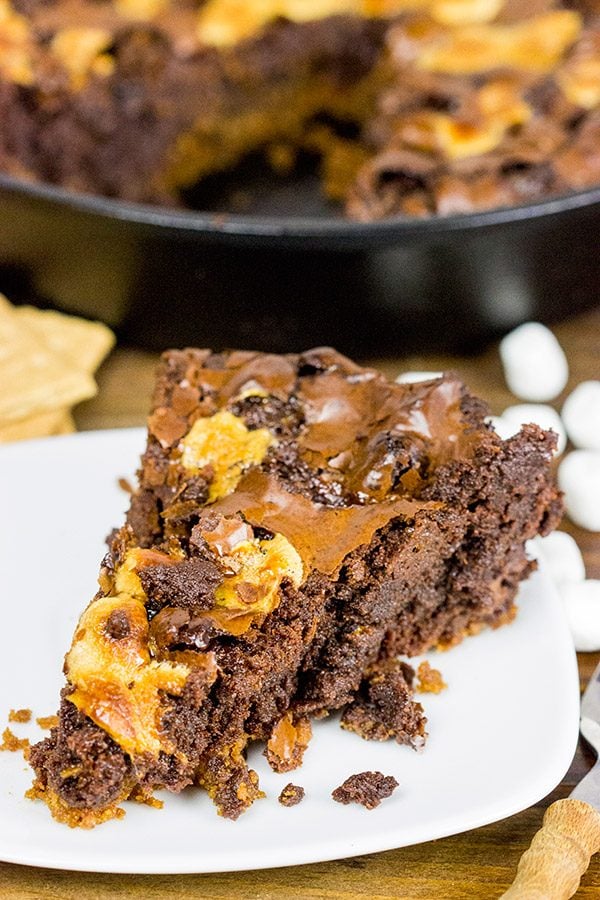 Don’t you just hate when recipes don’t quite work out the way you intended?  I spend a lot of time in the kitchen, and sure enough I’ve had total flops of recipes.  I just had two last week, in fact.  In my head, they sounded like great recipes…but in reality, they just weren’t.  Oh well.  And one of them (a chocolate quick bread) even looked amazing!  I loved the photos.  But the taste was pretty awful.  It was something akin to eating a spoonful of powdered cocoa.  #NotGood. Back to drawing board on that one…

But then sometimes recipes turn out differently that you originally intended…but still totally delicious.  That’s what happened with this Cast Iron Skillet Smore.  I started with my go-to brownie batter and decided to mix some marshmallows in.  (I also used a graham cracker crust on this one since smores require graham crackers.)  But back to the marshmallows.  In my head, I’d slice into this brownie and find pockets of gooey, white marshmallow.  In reality, that didn’t happen. 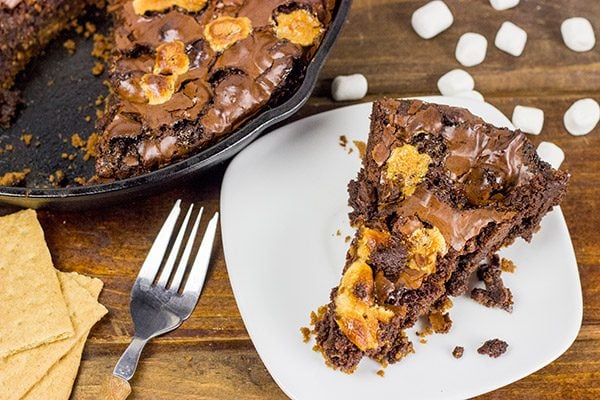 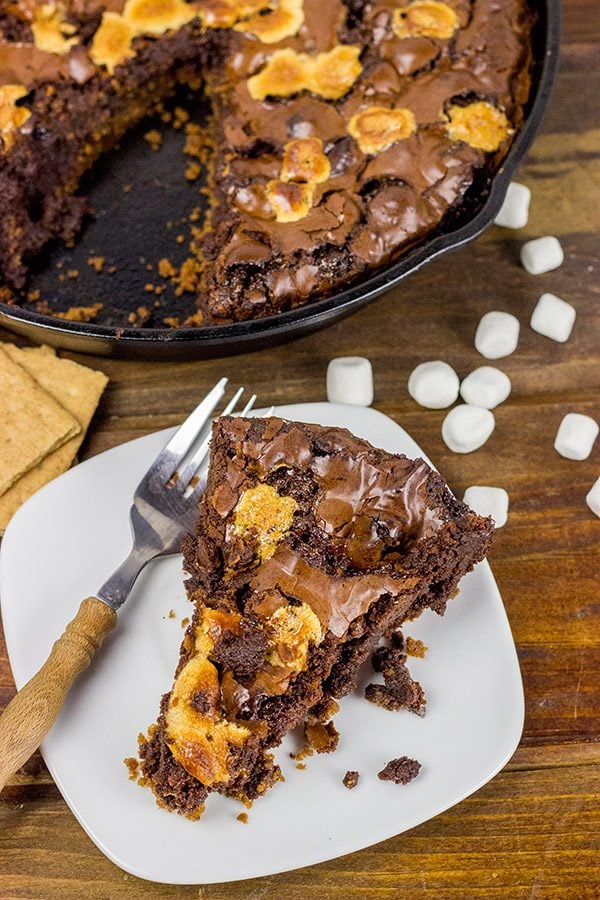 I think what happened is the marshmallows ‘melted’ into the brownie batter.  Once this smore cooled, Laura and I split a slice for dessert…and we noticed that the brownie was super, extra chewy.  Not chewy in a bad way, mind you.  I love a good chewy brownie!  I think it was chewy from the marshmallows that were just infused throughout the brownie.  No matter…the flavor on this one was out of sight!  Laura and I are trying to be good lately, so we’ve mostly cut out desserts for a bit here.  It was all we could do to not jump face-first into this skillet!  (We put the rest into the freezer for consumption at a later date…) 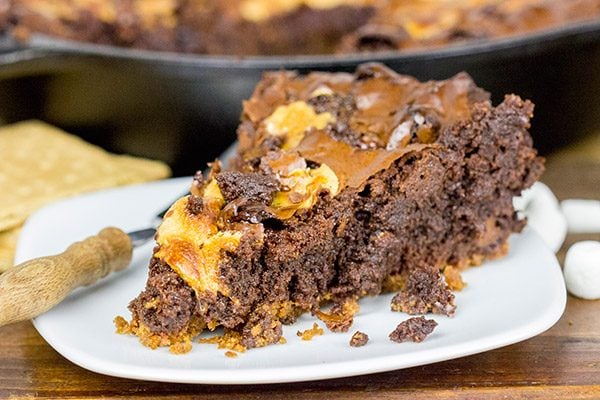 Ah, and something else unexpected happened with this Cast Iron Skillet Smore.  I usually use toothpicks to make sure breads/cakes/etc. are done.  Well, I must have been a little overzealous on this one because I stabbed my toothpick into the skillet…and it broke in half.  I was left with only half a toothpick in my hand.  That’s like finding half a worm in your apple.  (Ok, maybe not that bad…but still.)  The brownie needed to bake a bit longer, but I took a mental note of where that other half toothpick was hiding.

After taking the photos, I went it to get the toothpick.  But it was gone!  Well, not gone like the marshmallows…just hiding.  I destroyed an entire slice looking for it.  We ended up freezing the leftovers with a huge note in the bag that said “Beware of Toothpick!”  Needless to say, we won’t be serving that one to company! 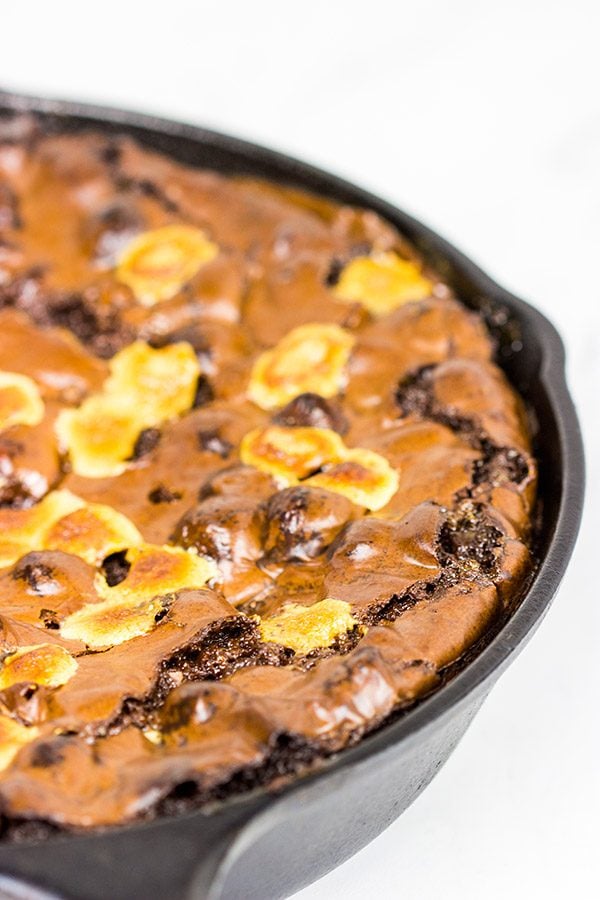 All mishaps and strange occurrences aside, this Cast Iron Skillet Smore turned out quite well.  In fact, I highly recommend it…just watch how hard you stab that toothpick in there!  Enjoy! 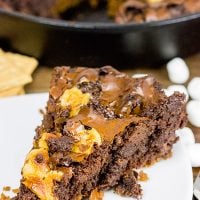 For the Graham Cracker Base