It might be chilly outside, but this S’mores Cheesecake is loaded with chocolate, marshmallow and graham crackers…and it’s sure to remind you of a summer campfire! 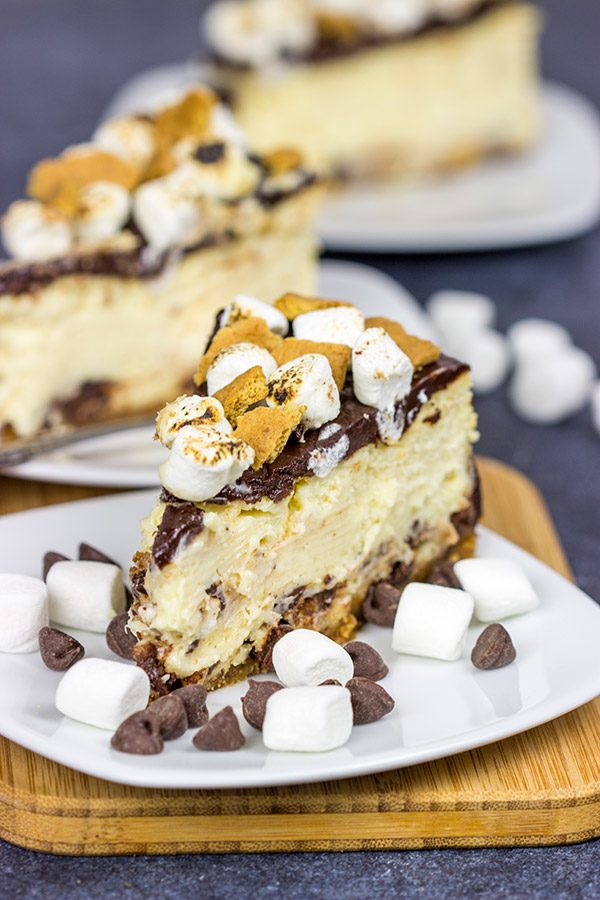 As a kid, I used to love going on road trips.  For the most part, road trips always meant going somewhere fun.  Sure, I had to share the backseat with my sister, but we had an imaginary line back there that she wasn’t allowed to cross.  (Although, I will point out that she used to love poking her finger over the line just to make me mad.)  Robbie might look exactly like me, but the one place where we differ is roadtrips.  The little guy hates riding in the car.  And by hates, I mean hates.  I’m hoping he snaps out of that as he gets older, but we shall see.

For me, roadtrips always meant fun.  Roadtrips meant going on vacation or perhaps going up to visit my grandparents in upstate South Carolina.  Roadtrips also meant fun games in the car.  I’m not talking about “I Spy” or the License Plate Game.  I’m talking logic games.  Yes, those books full of logic puzzles where you have to sort out who did what.  I used to love those puzzles! 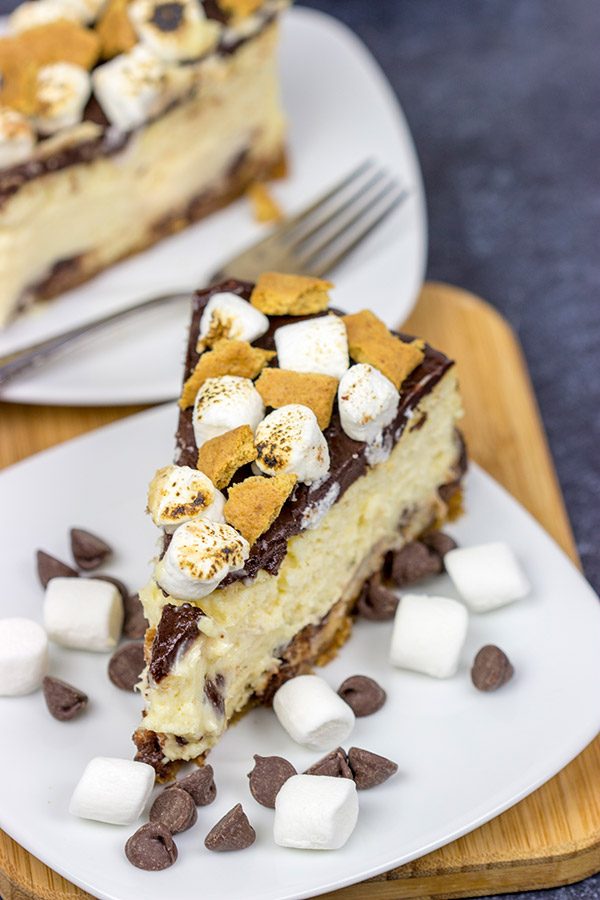 And you know what’s funny?  When I first moved to Atlanta, I taught LSAT prep courses as a way to make a bit of extra spending money.  And there was a whole section of that LSAT prep course dedicated to logic puzzles.  It totally reminded me of the hours I would spend working on those books somewhere on I-26W between Charleston, SC and Belton, SC…all the while watching to make sure my sister didn’t encroach into my half of the backseat. 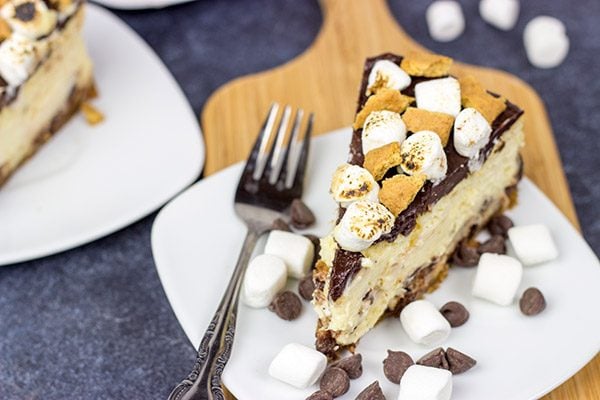 Given that it’s quite chilly outside, I won’t be venturing out to make any s’mores over a bonfire in the backyard.  But that doesn’t mean I can’t have that delicious combination of marshmallow, chocolate and graham crackers inside…in cheesecake form!  To boost the marshmallow flavor of this S’mores Cheesecake, I sprinkled mini-marshmallows all over the crust before pouring in the cheesecake batter.  Oh, and I also used a cup of marshmallow fluff in the batter itself.  On a side note, scooping out a cup of marshmallow fluff is quite possibly one of the messiest kitchen tasks ever!  I think I ended up with a bit of fluff in my hair.  Don’t ask how that happened. 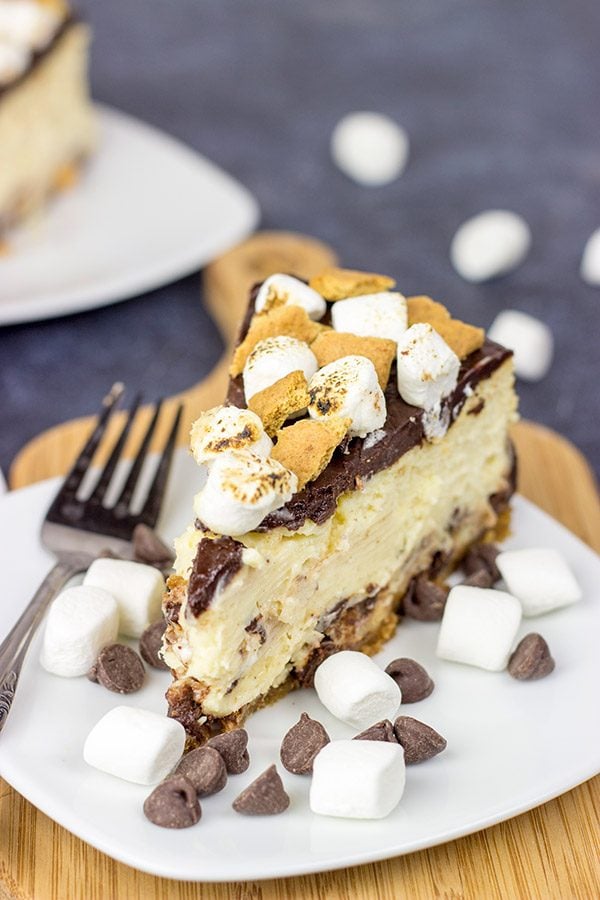 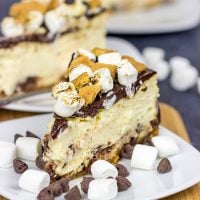 It might be chilly outside, but this S’mores Cheesecake is loaded with chocolate, marshmallow and graham crackers…and it’s sure to remind you of a summer campfire!
Print Pin Rate
Prep Time: 30 minutes
Cook Time: 1 hour 30 minutes
Refrigeration Time: 4 hours
Servings: 12 servings
Calories: 605kcal