Take classic pralines to a whole new level with these Bourbon Pecan Pralines! 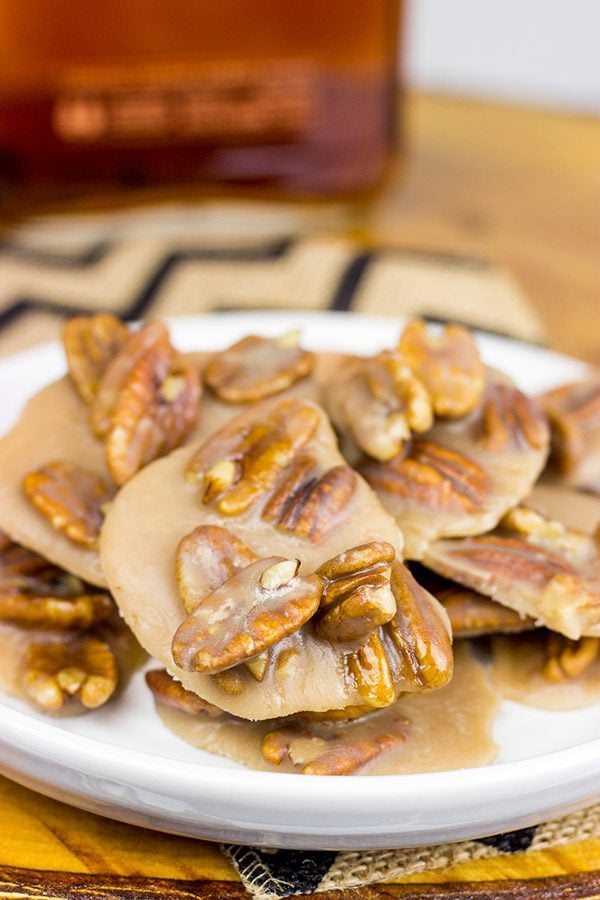 My father-in-law was in town recently, and somehow we ended up talking about bourbon.  I’m not entirely sure how we got onto the topic, but we somehow then ended up standing in the liquor store studying all of the various bourbons.

The bourbon scene seems to have exploded in recent years.  When I first started drinking bourbon, I always preferred it mixed with ginger ale or Sprite.  Over the years, I’ve gradually moved towards entirely unadulterated bourbon.  No mixers.  No ice.  Just a small glass to sip on while watching a movie on the weekend…or while chatting with my father-in-law. 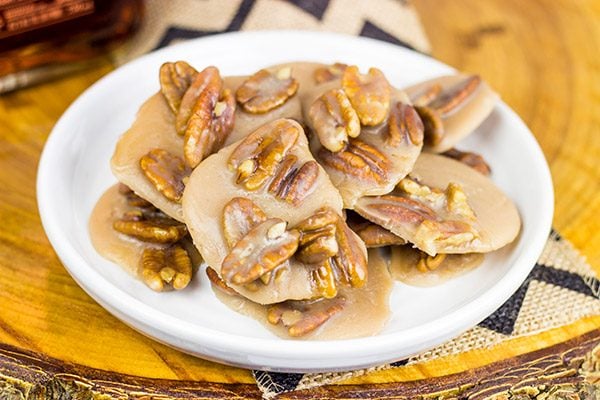 Anyways, back to the liquor store.  There were several hundred different types of bourbons and whiskeys on the shelf.  Several hundred!  (For the record, bourbon and whiskey are pretty similar.  All bourbon is whiskey, but not all whiskey is bourbon.)  We ended up picking up a bottle that was labeled ‘double-oaked’.  I didn’t know exactly what that meant, but it sounded kinda cool.  On a side note, I feel like I often select bottles of wine because they have a cool label.  Price is important, and I look for a bottle in my price range.  But after that, the label becomes important.  If it catches my eye, it likely ends up in the cart.  #TrueStory 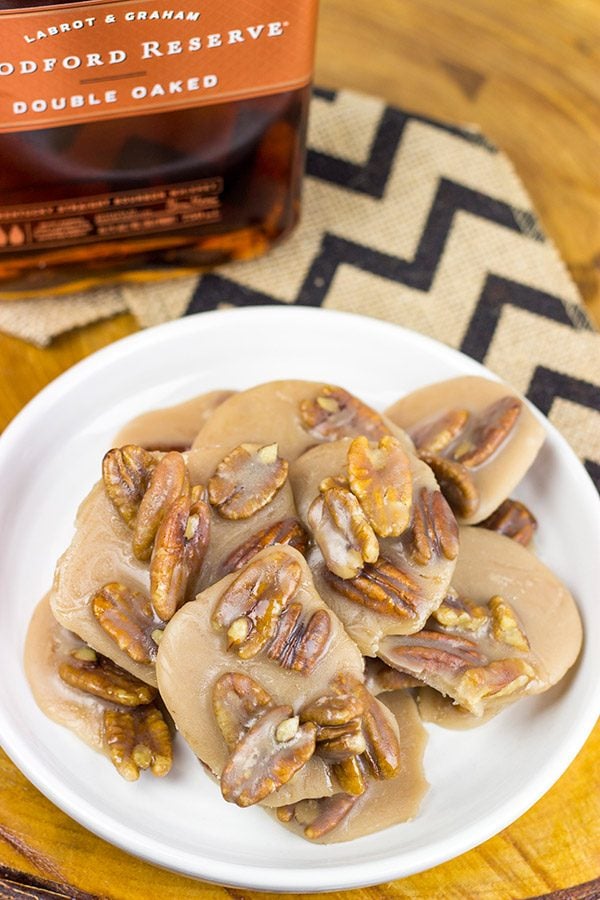 As my father-in-law and I were sitting there sipping on this bourbon, we got to talking about using bourbon in recipes.  I’ve had cherry pie with a bit of bourbon in it.  Fun twist on a classic.  I also used some bourbon in the marinade for these chicken wings.  (Laura still talks about those wings!)  But I wanted to do a dessert.  That’s when I remembered the pralines that I made for this Banana Pudding Cheesecake.  Those things were incredible…and so easy to make.  I decided it was time to create some Bourbon Pecan Pralines. 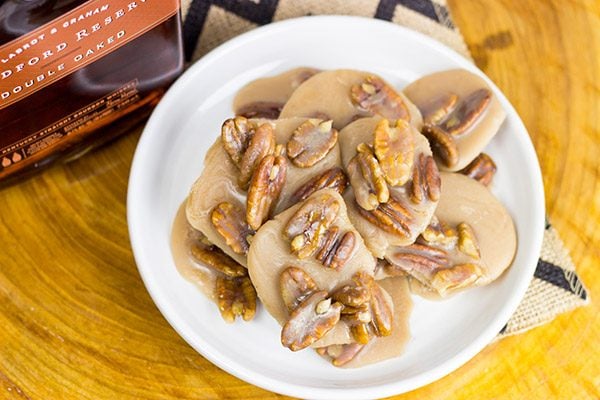 Have you guys ever had pralines?  New Orleans is famous for it’s pralines, and I remember trying some from a street vendor down there.  Of course they were amazing.  I mean it’s brown sugar and toasted pecans.  Can’t go wrong there!  I’ve upped the ante a bit by adding a splash of bourbon to these Bourbon Pecan Pralines.  (If you don’t want to add the bourbon, then just leave it out.  You’ll end up with a classic pecan praline…and it’ll be delicious!) 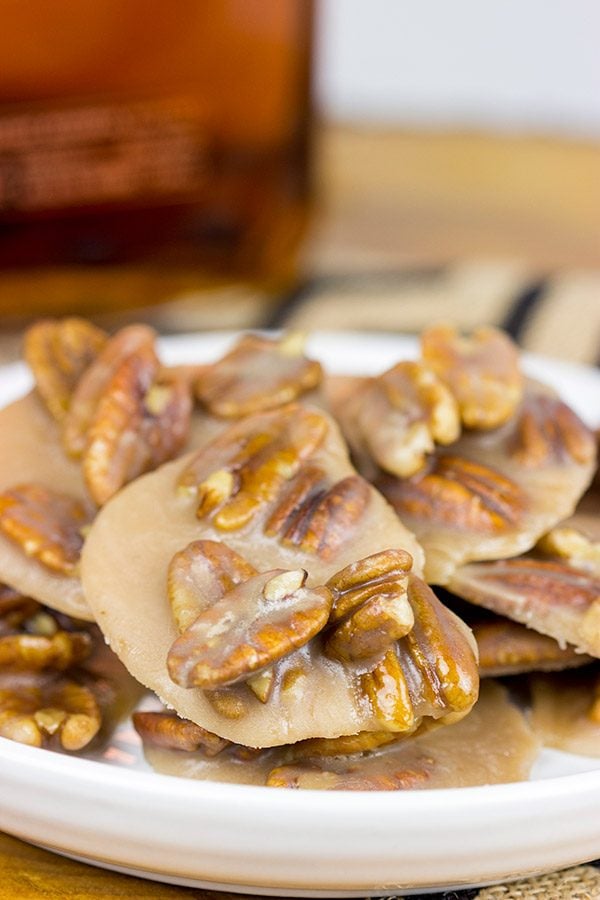 For the record, my father-in-law and I polished off these pralines over the course of the weekend.  We were nice enough to share a few with Laura and my mother-in-law, too.

How do you select a bottle of wine? 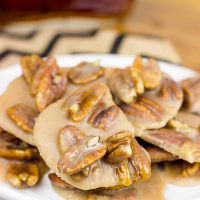