These Bourbon Pecan Brownies are a new favorite in our house!  These chewy, chocolatey brownies are topped with a brown sugar + bourbon + pecan frosting…and the result is delicious! 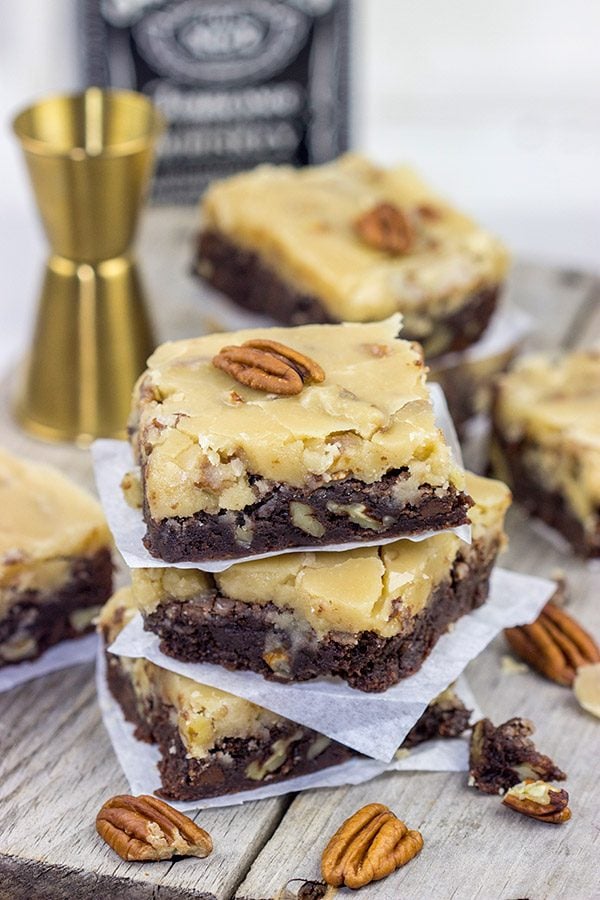 I put brownies in the same category as chocolate chip cookies.  The number of different recipe variations is virtually endless.  Take brownies for instance: chewy or cakey?  Nuts or no nuts?  If nuts, what kind?  Frosted or unfrosted?  I could keep on going here, but you get the point.  For me, I like a good chewy brownie with nuts.  I don’t typically reach for a frosted brownie…but then again, I don’t typically make a bourbon pecan frosting! 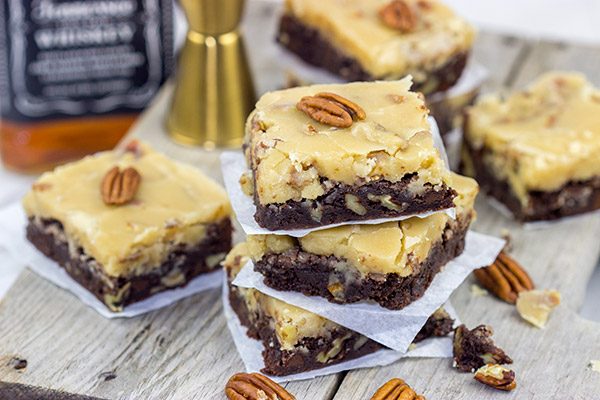 For these Bourbon Pecan Brownies, I started with my favorite brownie recipe and then finished it off with a bourbon + pecan + brown sugar frosting.  Oh man, this recipe is a keeper!  Are you a fan of bourbon?  Bourbon is a uniquely American liquor…in fact, to be called bourbon, it must be made in the US.  This is similarly to how scotch must be made in Scotland.  (All bourbons and scotches fall under the broader ‘whiskey’ category, though.) 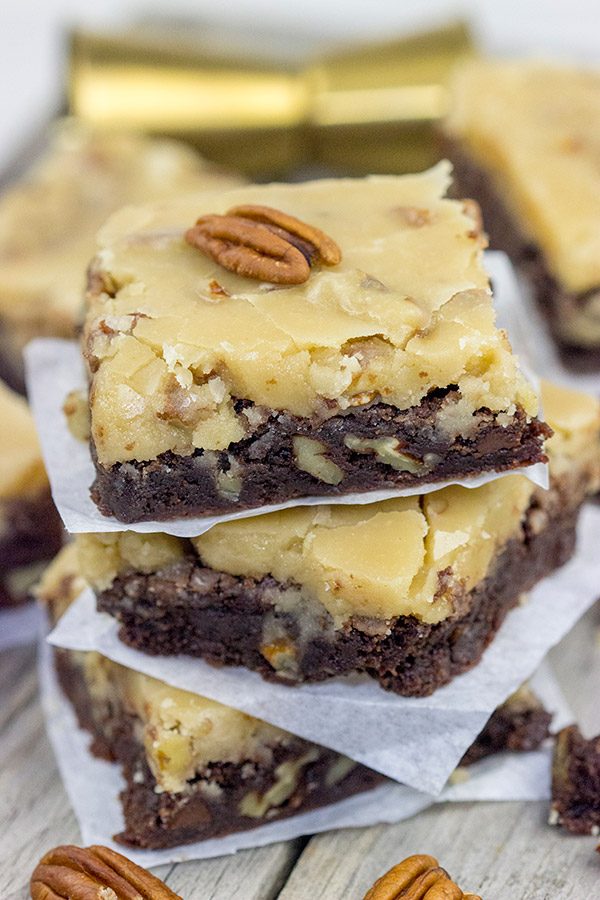 Is it just me, or has the bourbon market exploded in the past 5-10 years?  I feel like there used to be a few choices at the store, but now there is an entire wall dedicated to different bourbons.  I’m ok with that!  Laura and I occasionally enjoy picking out a random bottle at the store, and we’ve discovered several of our favorite bourbons that way.  While that bourbon typically gets consumed on a weekend evening in the basement, every once in a while I might steal a splash for a recipe.  Laura certainly didn’t mind that I borrowed a couple teaspoons for these Bourbon Pecan Brownies! 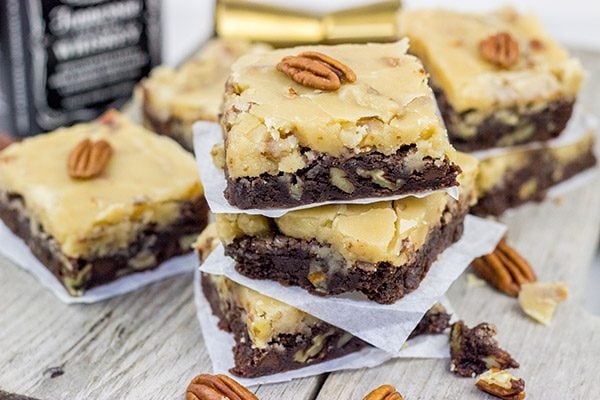 Even if you’re not a huge bourbon fan, I suspect you’ll enjoy these Bourbon Pecan Brownies!  One of our friends isn’t a big bourbon guy, and he enjoyed these brownies.  The bourbon adds an extra layer of flavor to the frosting, but it’s not overpowering at all.  If you know it’s bourbon, then you’ll be able to pick out the flavor for sure, though. 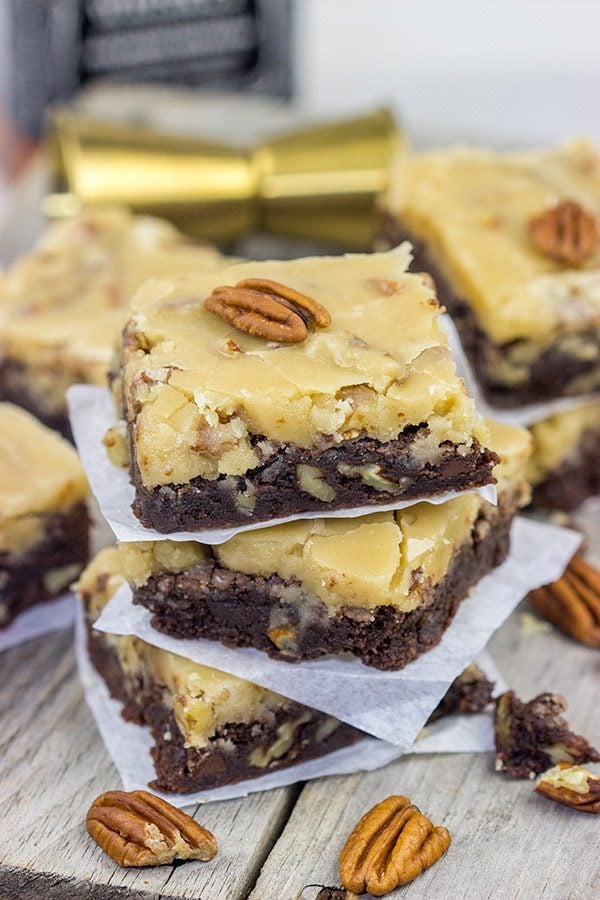 Either way, chewy chocolate brownies topped with brown sugar + bourbon frosting come together to create a dessert recipe that’s worth keeping!  Bookmark it.  Print it out.  Screen shot.  Do whatever you do.  Just try not to eat the entire batch at once, ok?  (Although I won’t judge you if you do.)  Cheers, friends!  Oh, and if you make these brownies at home, come back and share your thoughts.  Or just snap a photo and tag me on Instagram (@Spicedblog).

Love brownies?  Check out some of these other favorites, too! 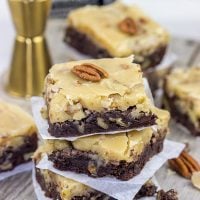 For the Bourbon Pecan Frosting

For the Bourbon Pecan Frosting

I recommend using an oversized piece of parchment paper so that the paper comes up at least 2” on all sides of the pan. As you add a frosting to these brownies, the extra parchment paper will give you a way to lift the brownies out of the pan once they’ve cooled.