Forget the sandwich!  These BBQ Pulled Pork Potato Skins are a tasty way to serve up pulled pork! 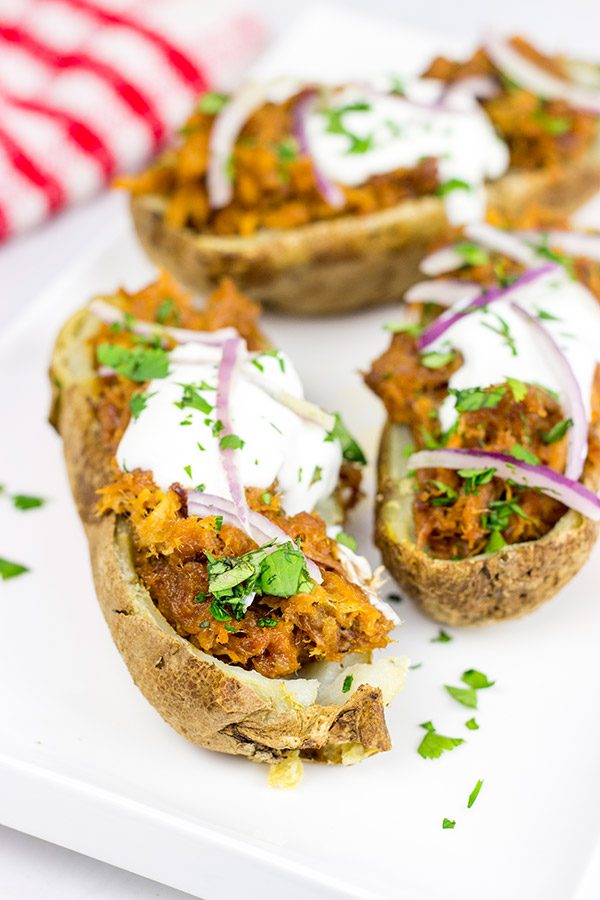 I love pulling out the grill or the smoker.  Seriously.  As soon as the snow has melted (and sometimes when it hasn’t…), you can find me outside tinkering around near the grill or the smoker.  Ok, the warm sunshine on the back deck helps a bit, too.  But our porch has a new addition this year.  We built a pool.  No, we didn’t go all MTV Cribs and get a pool installed into our deck.  Instead, Dad got out the air pump and inflated a pool on the back deck.

I have to go all the way back to early February to explain the pool on our deck.  Robbie loves fish.  We’ve taken him to our local aquarium, and the look on his face is priceless.  Heck, we’ve even done the “free aquarium” trip to our local PetSmart.  It’s all the same to him! 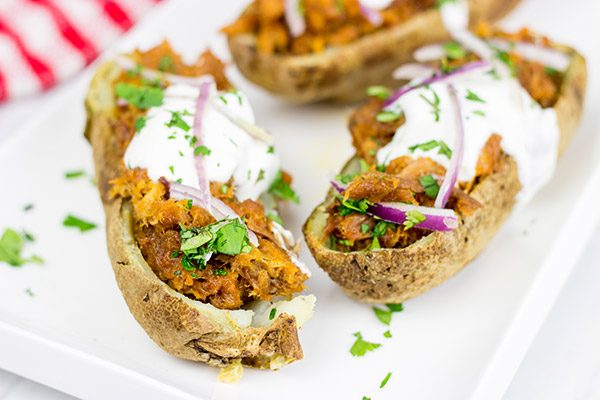 So there we were wandering around Sam’s Club last February with a cart full of diapers and more chocolate than any two people can justify.  That’s when we saw the giant inflatable pool printed with an underwater theme.  I mean a pool in February makes sense, right?  It’s not like we had 12″ of snow on the ground or anything.  But then again, their job is to sell inflatable pools…and we bought one.  In February. 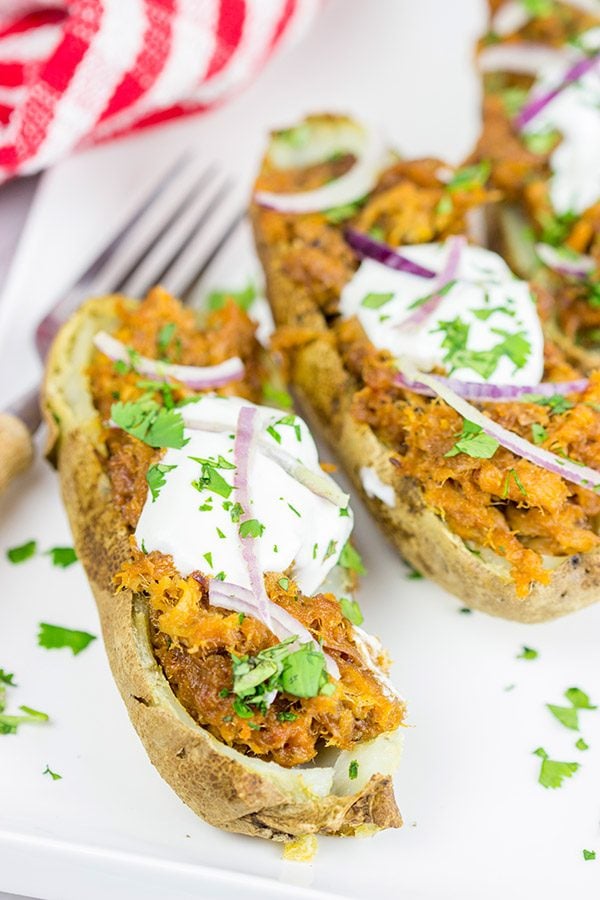 Fast forward 3 months, and it’s just now getting warm enough to set up that pool.  Correction: We’re now safely past the point that we might get a late freeze.  So I planted the garden last weekend, and now it’s time to pull that pool out of the closet.  I’m quite excited to see Robbie splash around in the pool while I play with my smoker.  Dad might even have to climb into the pool at some point.  Just sayin’.

One of my favorite things to make on the smoker is pulled pork.  I’ll smoke at least 2-3 large pork butts each summer.  (And for the record, a pork butt is not the south side of a north-facing pig.  Pork butt, or Boston butt, is a cut of meat from the shoulder of a pig.  #NowYouKnow)  I then divide all of that pulled pork into 1-pound freezer bags, and we freeze it for cold, winter nights.  But there’s only so many pulled pork sandwiches you can eat before you get tired of ’em.  Yes, I just admitted that I get tired of pulled pork sandwiches.  I’ll go ahead and turn in my Southern birthright card now. 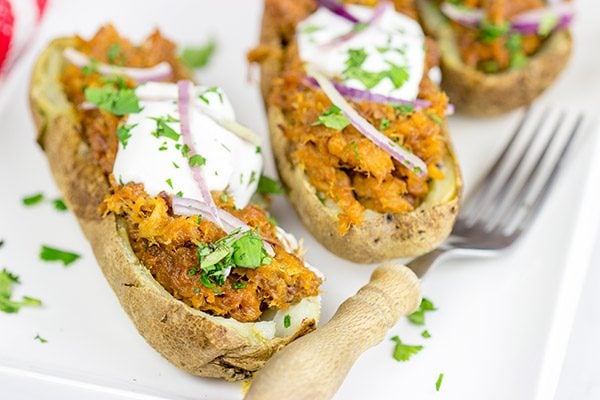 So last weekend I decided to put that pulled pork to use in a different way: BBQ Pulled Pork Potato Skins.  I mean a potato skin is a delicious crispy vessel for whatever toppings you want, right?  So why not BBQ Pulled Pork Potato Skins?  And talk about easy to make!  I just baked the potatoes until done, scooped out the middle and then replaced it with pulled pork.  And BBQ sauce.  And cilantro and sour cream.  And just like that, Dad invented a new way to use his stupid amount of pulled pork in the freezer! 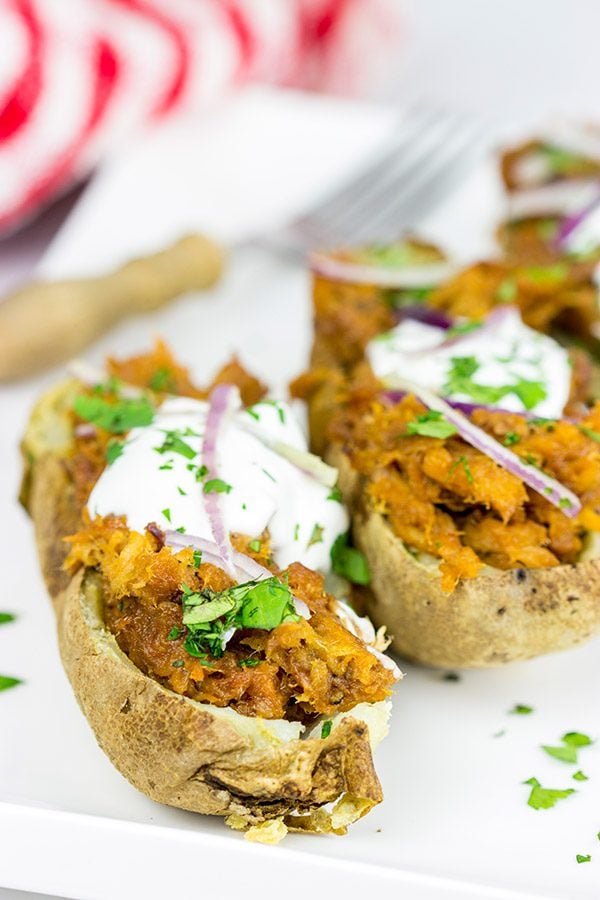 If you’re looking for us this summer, then look on the back deck.  Robbie will be in his pool, and I will be tinkering with the grill or the smoker…or perhaps both.  Cheers! 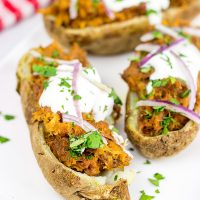 For the BBQ Pulled Pork