Looking for a delicious summer meal?  This Grilled Flank Steak with Porcini Mushroom Pilaf will make you look like a superstar chef! 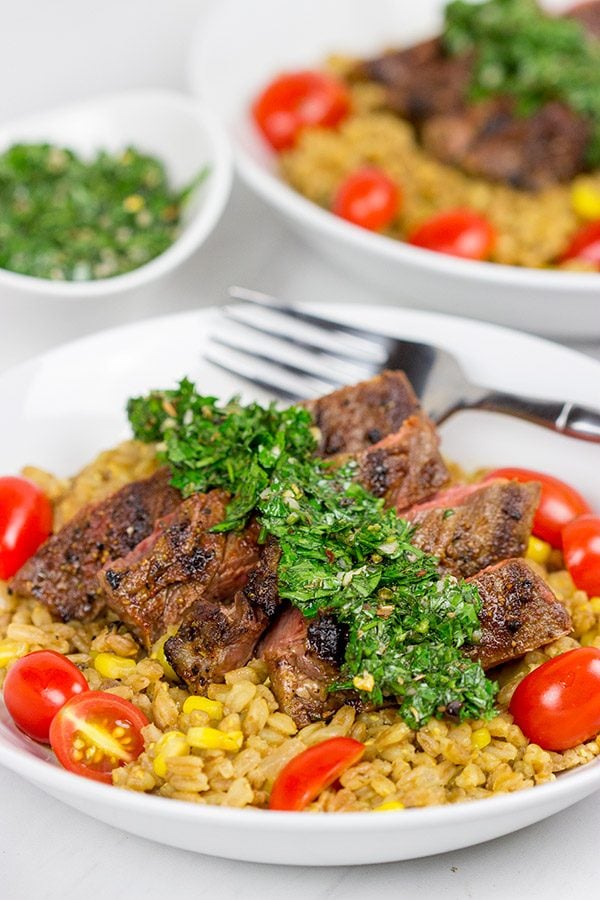 Many of you guys know that I spent several years in a former life as a Latin teacher.  Now I don’t know if you ever took Latin, but one thing I’ve noticed about Latin teachers is they are, uh, eccentric.  All of my Latin teachers growing up were a bit nuts…but only in a good way of course!  To become a Latin teacher, you really have to love Latin and ancient Rome, and this passion can sometimes translate over as downright crazy.  And I’m proud to say I followed in the footsteps of my wacky Latin teachers.

For example, there was that time I brought a rather large gingerbread house shaped like a Roman temple back on an airplane.  I couldn’t check it, and it was too big to fit under the seat.  So a kind stewardess put it in her jacket closet and watched it for the whole trip.  And then there was the time I made a cake shaped like a Roman temple.  I baked something like 14 layers of very thin (think sheet-pan thin) cake and then built a temple using those layers.  I was like a kid playing with building blocks!  And then there was the time I went to class dressed in a full-out Roman soldier’s outfit.  Needless to say, I got more than a few looks as I walked down the hall to my classroom! 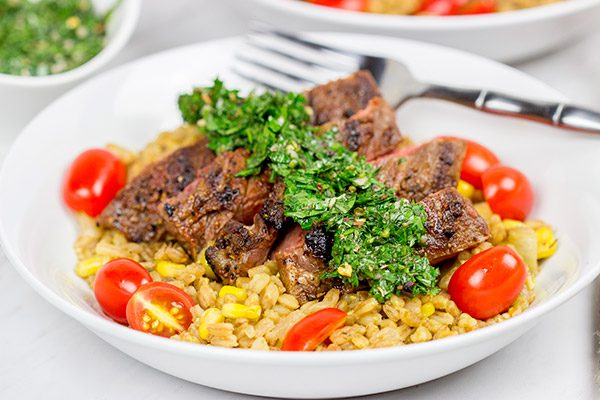 One of my favorite parts of the week as a Latin teacher was the day when we got to talk about Roman culture.  The Romans were an incredible civilization, and many of the modern marvels that we enjoy today were invented back in Roman days.  Take concrete for instance.  The Romans revolutionized the architectural world when they figured out how to make concrete.  They even figured out how to make it waterproof so they could build underwater foundations!

Water supply is another one which always makes me appreciate Roman ingenuity.  Water is a key element for any major civilization, and Roman engineers figured out how to build aqueducts that carried water for miles and miles.  They even developed a system where private houses could be charged for water by either amount of water used or total time in which the water was turned on.  Think about that.  The Romans didn’t have electricity, but they developed water meters!  I get really excited talking about this stuff.  See, I told you I was a bit eccentric! 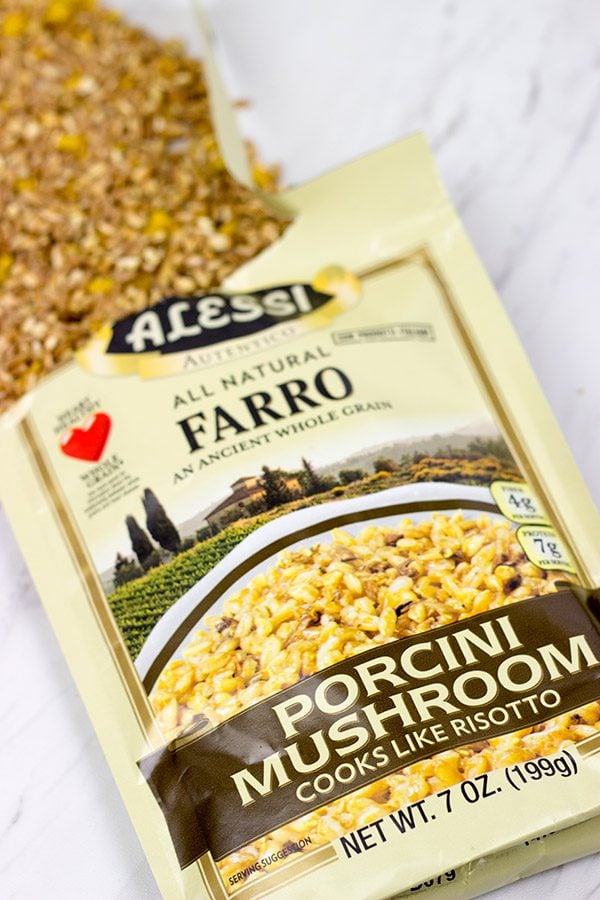 Another fun classical tidbit: farro was used to feed the majority of Romans from the rise of the Roman empire all the way until it fell in 476AD.  If you’re not familiar with farro, then you need to be!  It’s a grain in the wheat family that makes for a great addition to soups and salads.  But farro also contains a starch similar to that found in arborio rice, so it can be prepared like risotto.  Farro has a nice nutty bite to it, and it actually holds quite well even after cooking.  This ‘ancient grain’ has become quite popular in recent years.  But as any Latin teacher can tell you, we’re only re-discovering what the Romans already knew! 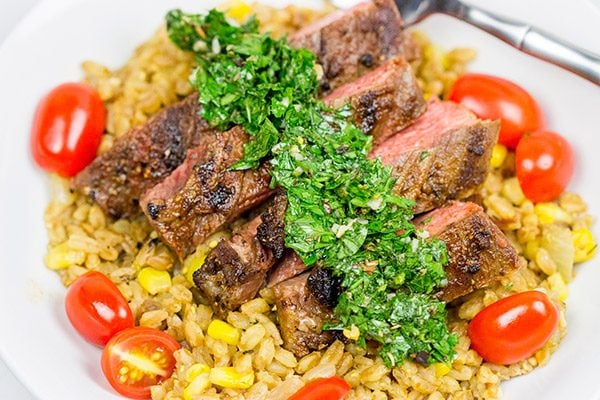 As a whole grain, farro is high in protein and fiber, but it’s also easy to digest.  I enjoy risotto, so preparing farro in this style is one of my favorites.  Alessi has a new line of flavored farros, and these are quite delicious.  And what’s more, they are super easy to prepare.  Got 20 minutes?  Then you can make farro for dinner tonight!  I used Alessi’s Porcini Mushroom Farro for this Grilled Flank Steak with Porcini Mushroom Pilaf, but they also make a Butternut Squash and Kale Farro as well as a Beets and Spinach Farro. 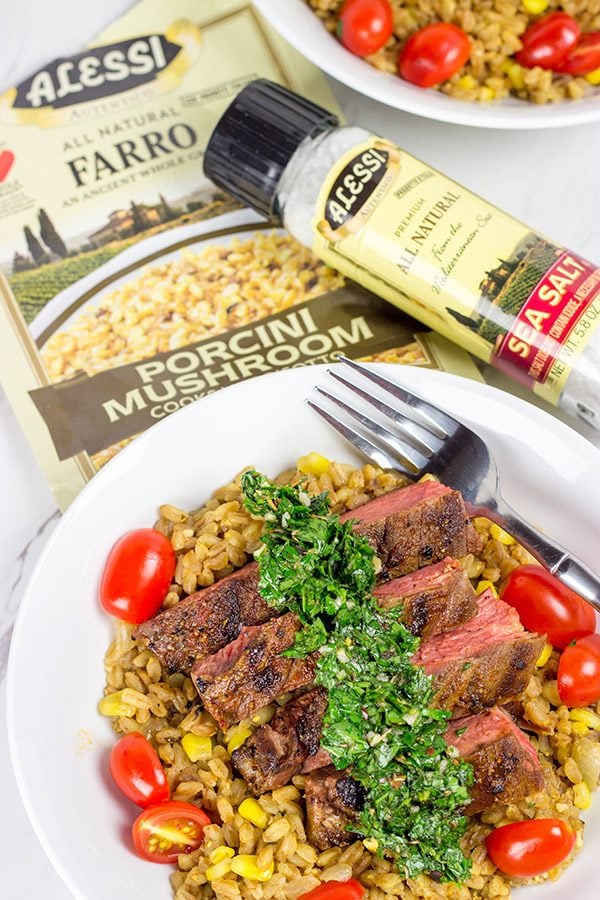 We love Alessi’s products around here, and you might remember this Olive Oil Gelato which used both Alessi’s olive oil as well as their balsamic reduction.  That’s a fun dessert for sure!  But for the main course, I’ve got to say that this Grilled Flank Steak with Porcini Mushroom Pilaf is a winner!  The flank steak features a flavorful rub that can be applied the night before.  Then just whip up a batch of farro and a quick chimichurri sauce while the steak is grilling.  You’ll look like a rockstar in your kitchen when these all come together on one plate!  You can purchase Alessi’s flavored farro blends at your local grocery store or online via Alessi’s website. 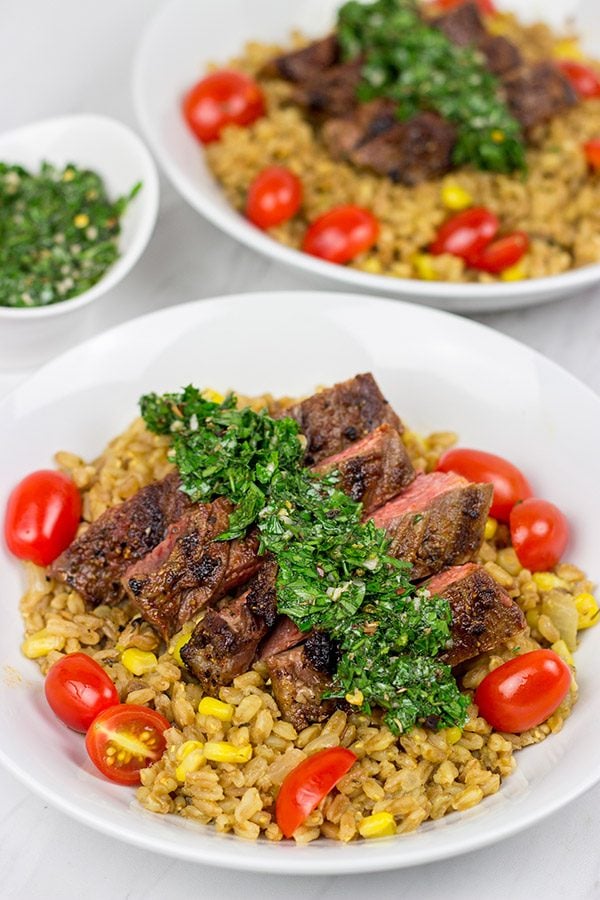 Have you ever had farro?  If not, get in touch with your inner ancient Roman (we all have one!) and make a batch for dinner tonight.  This Grilled Flank Steak with Porcini Mushroom Pilaf is definitely a favorite around our house!  Enjoy! 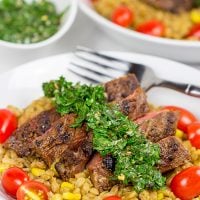 For the Chimichurri Sauce

For the Farro Pilaf

For the Chimichurri Sauce

For the Farro Pilaf