Mix up dinner a bit with these tasty BBQ Chicken Pinwheels! 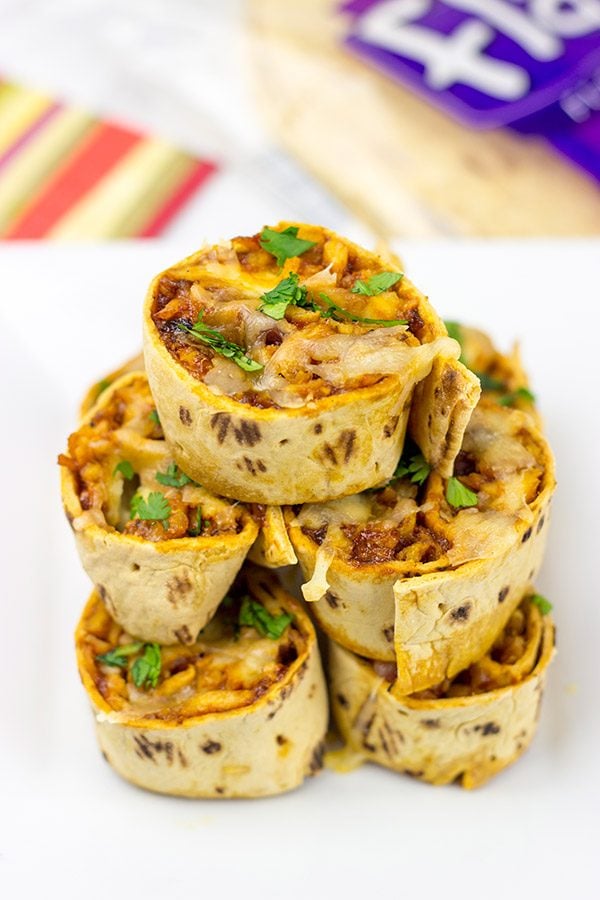 Happy Monday!  How did you guys spend the weekend?  Aside from entertaining Robbie between naps, we watched a bunch of the summer Olympics.  I love Olympic years!  As a kid, I would watch nearly every hour of Olympics coverage.  That was back in the day when only one station covered the Games, so you had to settle for whatever sport they chose to show.  Synchronized swimming?  Again!?

Now thanks to the 692 cable channels we get, I can pretty much always find my favorite sports.  And if that doesn’t work, there’s always the internet.  Now I can watch every.last.second of Trampoline.  Haha…kidding. 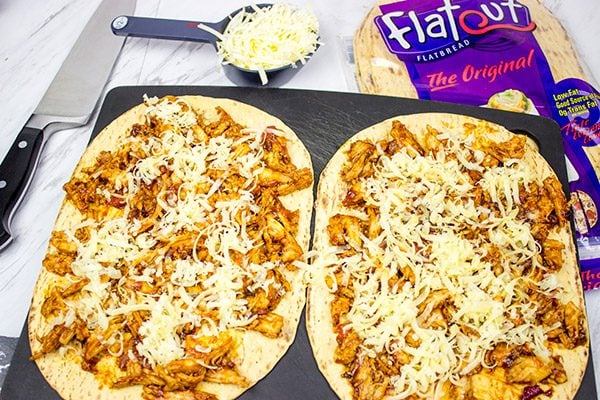 Did you guys play sports growing up?  I played soccer and baseball as a kid, but I didn’t particularly enjoy either one.  I was more interested in building Christmas tree forts.  I played JV football, too.  I actually enjoyed that one.  But when we moved to North Carolina, my new school was much bigger, and I was afraid to go out for the football team.  But I did go out for the track team. 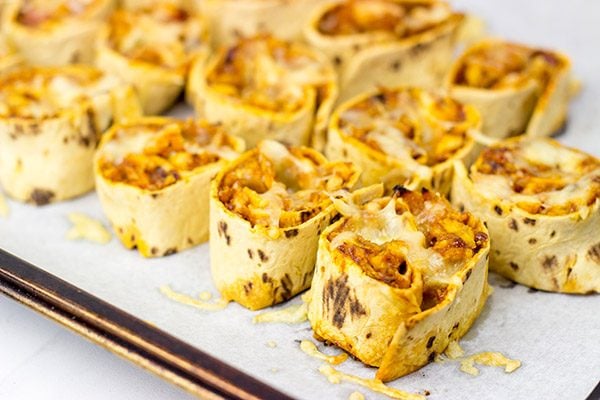 I actually pole vaulted in high school.  I was one of those crazy guys who took off running with a 12′ pole in my hand in an attempt to fling myself over a crossbar.  And it was awesome!  Some of my best friends in high school vaulted, and that’s how I got involved.  I wasn’t very good at the sport, but I did have fun.  And I improved over time.  In the end, that’s all that matters, right? 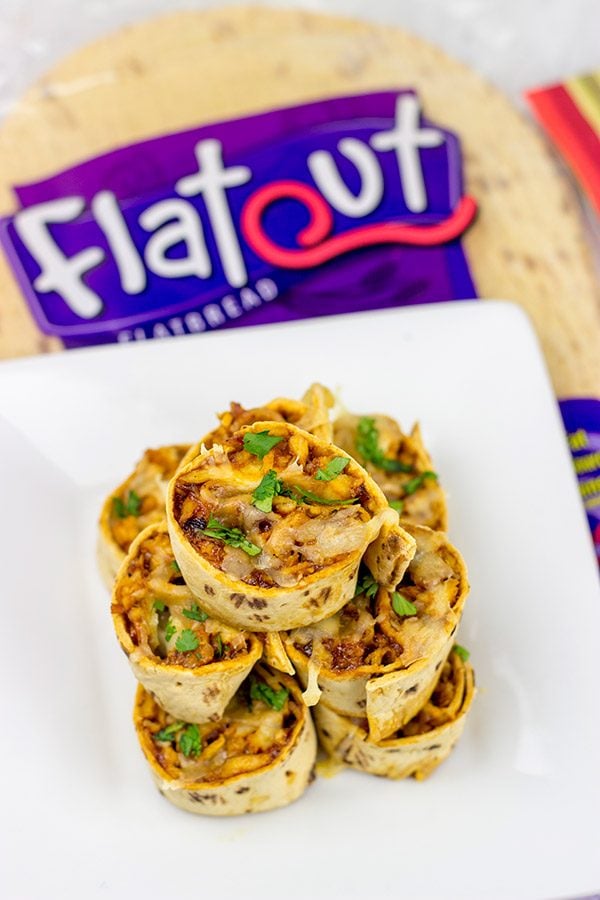 But back to the Rio Olympics.  We spent Saturday watching soccer and Sunday watching gymnastics.  (Can you guess which one I picked and which one Laura picked?)  I wanted to whip up something fun for dinner this weekend.  I was tempted to go with a pizza since eating pizza + watching sports on tv = win.  But I went a different direction and made these BBQ Chicken Pinwheels.  These bad boys are packed with BBQ flavor, and the best part is they are handheld.  When watching sports, handheld food is a requirement! 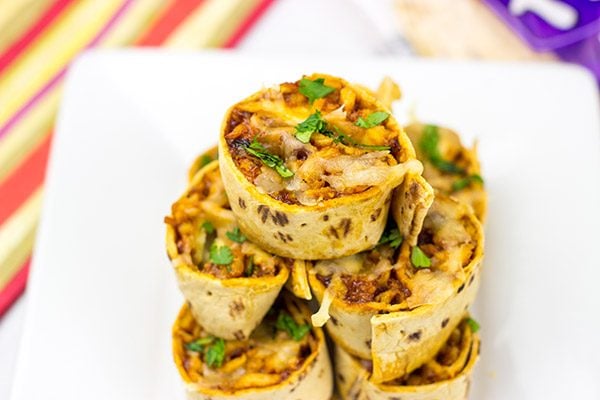 For these BBQ Chicken Pinwheels, I filled several Flatout flatbreads with BBQ chicken and shredded cheese.  Then I just rolled ’em up, sliced ’em and baked ’em until they were nice and melty.  As you guys know, we love Flatout flatbreads around here, and we always keep several packs in the pantry.  I must admit that these baked pinwheels are a new favorite, too.  We served these with a side salad using lettuce from our garden, and it was a delicious meal. 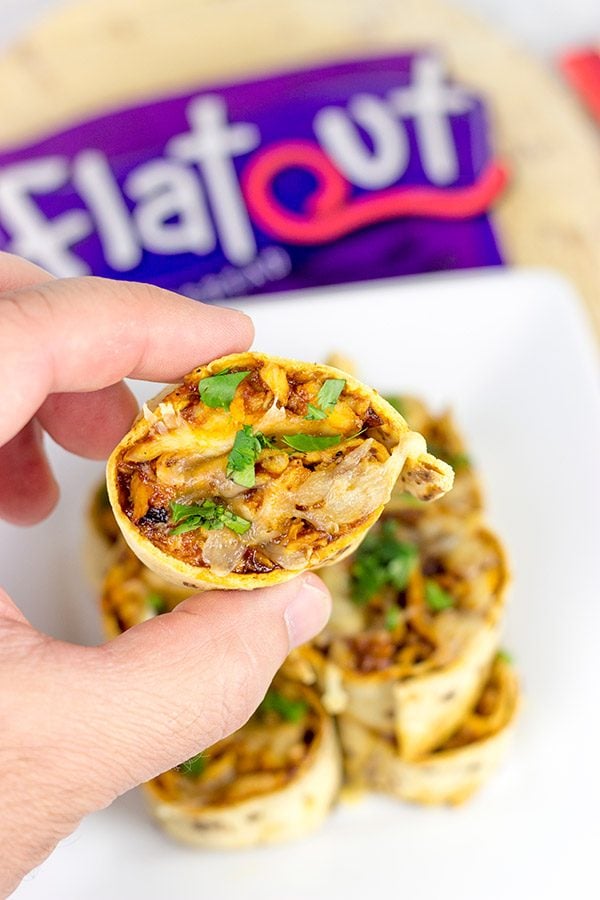 Before wrapping up today’s post, I have to note that I’ve got nothing against synchronized swimming.  I curl in the winter, and curling competes for one of the oddest sports in the Winter Olympics.  Enjoy these BBQ Chicken Pinwheels! 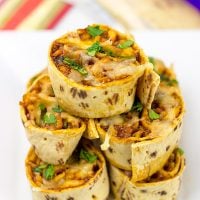 This BBQ Chicken Pinwheels post was sponsored by Flatout Flatbread, but the recipe and opinions are entirely my own.
Thank you for supporting the brands that support Spiced!