A cross between banana pudding and cheesecake, this Banana Pudding Cheesecake with Crumbled Pralines is the perfect summertime dessert! 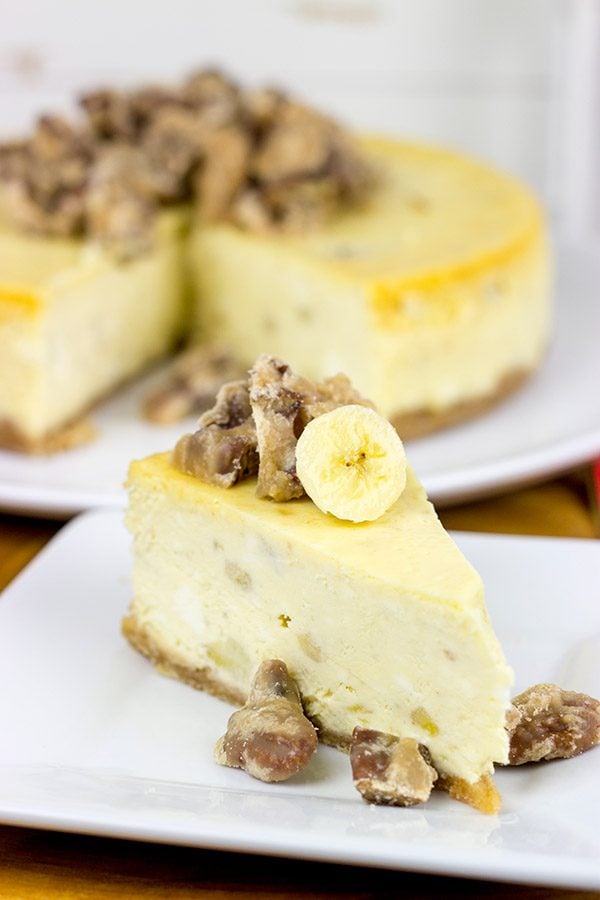 The other day, we were going through our kitchen cabinets.  Our kitchen always seems to just accumulate stuff.  (Please tell me your kitchen just accumulates stuff, too??)  The kitchen gadget drawer was overflowing, and I was having night terrors at the thought of opening the cabinet with the plastic storage containers.  But the task of the day was the coffee mug cabinet.

You see, I like coffee mugs.  No, I don’t collect them from everywhere I’ve been on vacation.  In fact, I rarely ever buy a coffee mug.  (Although my wife did buy me a Grumpy mug when she had a work conference at Disney a couple years back.  That was allowed.  I’m Grumpy in the mornings before coffee.  And sometimes after coffee, too.)  Nevertheless, our coffee mug cabinet was becoming a bit overstuffed.  It was like a game of Tetris trying to figure out how to get all of the clean ones in the cabinet at the same time.  (Curse you, stupid mug handles!) 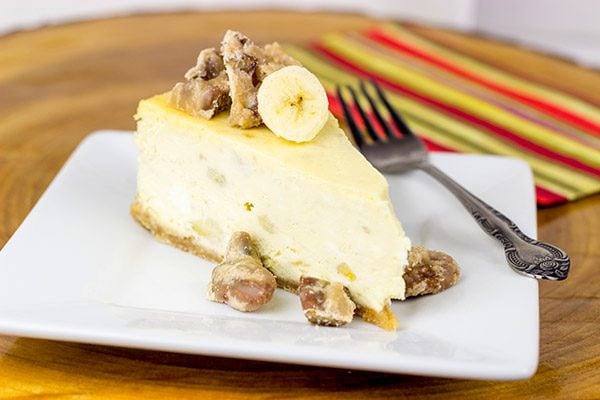 As we were pulling out mugs that we haven’t used in years, I found an old classic.  There’s nothing too special about this mug.  It’s tan(ish) in color.  But it holds memories.  I got that mug from one of my students the very first year I taught Latin.  I was living in Baton Rouge, and I’d taken a crazy career turn by agreeing to teach Latin to 3rd-12th graders.  (Just a couple months before, I’d been wearing a suit and working in a bank.)  One of my 3rd graders brought me a little gift one day.  Just a simple mug with a bag of coffee.  But I still remember it. 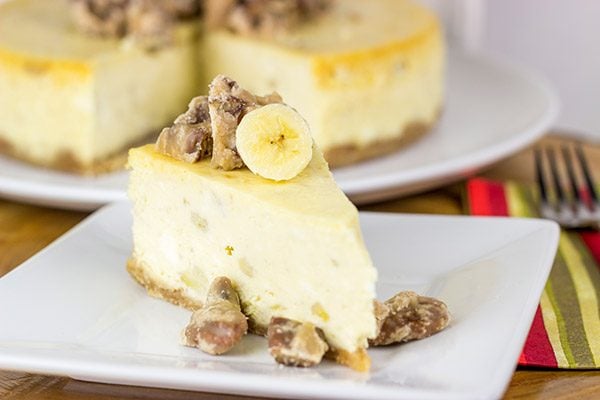 Living down in Louisiana brought a lot of new experiences to me.  Mardi Gras, LSU football and delicious Cajun food to name just a few.  I lived just over an hour away from New Orleans, and I quickly fell in love with that city.  I also quickly fell in love with the food in New Orleans.  In fact, that was the first place I ever stumbled across pecan pralines.  I wasn’t really sure what pralines were, but one bite and I was hooked. 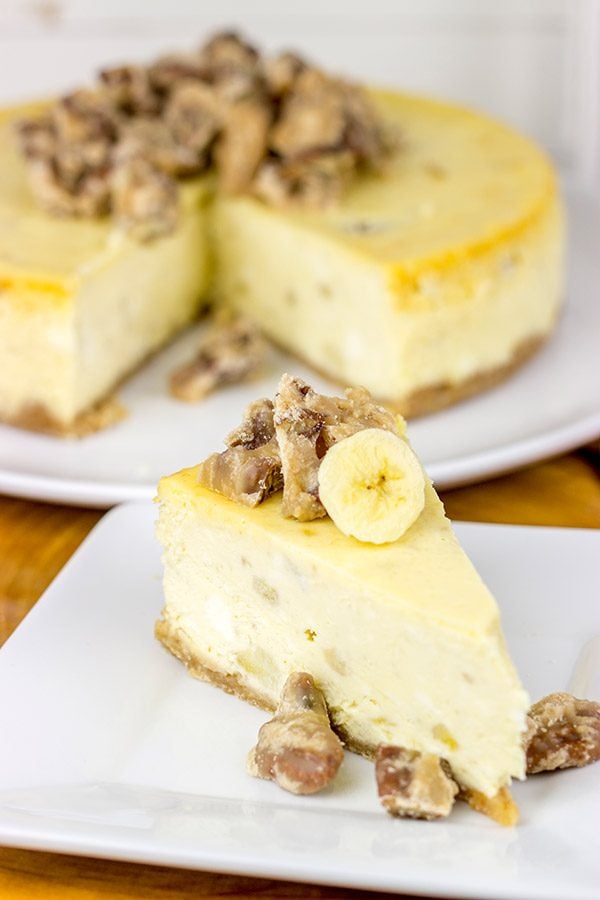 Pecan pralines are a New Orleans creation, and they always take me back to my days living in Louisiana.  The other day, I decided that crumbled pralines would make a great topping over a cheesecake.  But what kind of cheesecake?  Hazelnut?  Maybe.  Chocolate?  Hmmm.  Then it hit me.  Banana.  Yup, a Banana Pudding Cheesecake with Crumbled Pralines.  That needed to happen.  And it did.

I’m not gonna lie, my wife was a little skeptical about the banana pudding cheesecake.  Banana flavored desserts can be a little hit-or-miss, but I told her to trust me on this one.  I was armed with confidence that this combo would work!  And it did.  The worst part was trying to avoid eating all of the crumbled pralines before they made it on top of the cheesecake.  Together, this Banana Pudding Cheesecake with Crumbled Pralines is one tasty dessert! 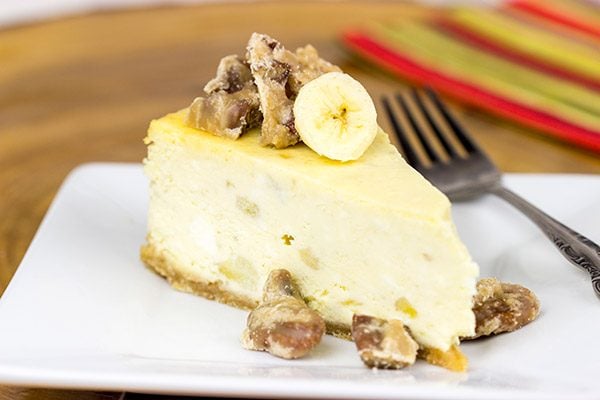 And in case you are wondering, that coffee mug is still in the cabinet. 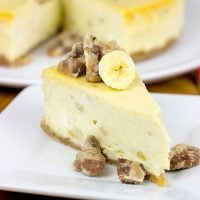 For the Banana Cheesecake

Looking for more tasty cheesecake recipes?  Check out these other favorites, too: 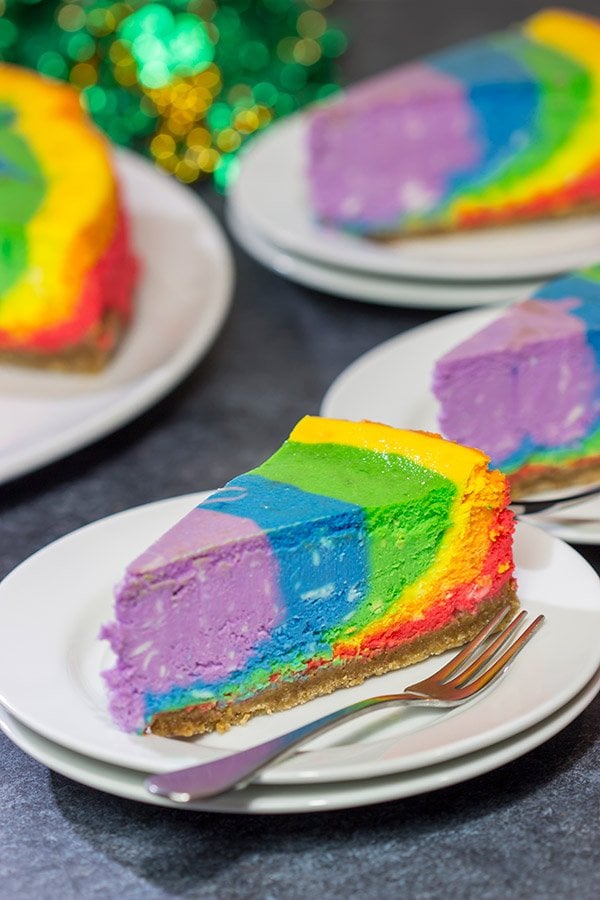 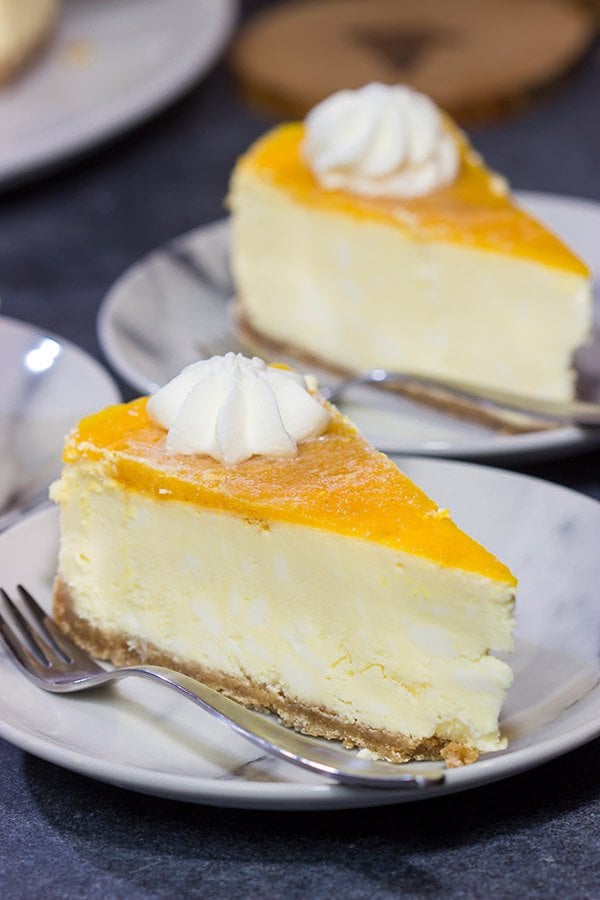 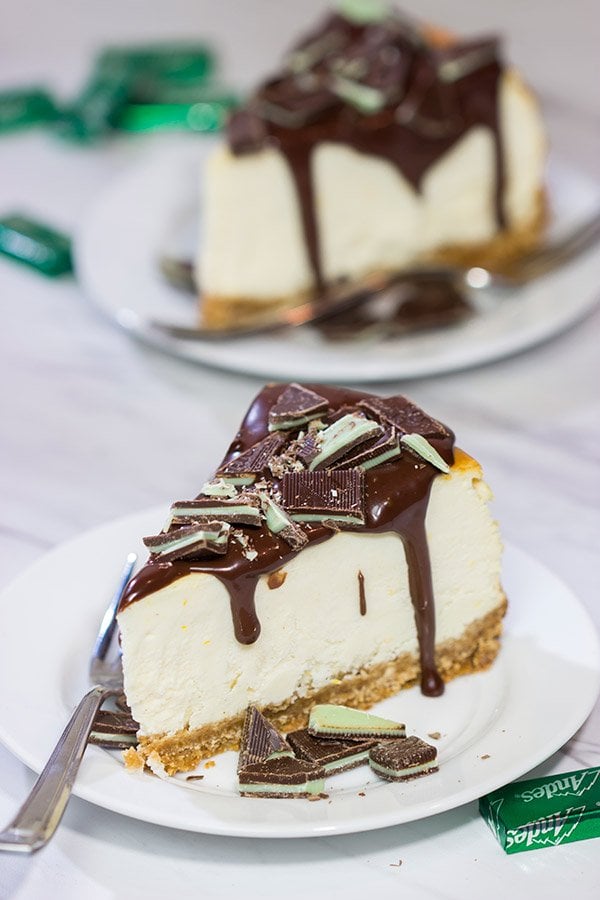