I’ve partnered with SocialStars and Johnsonville to share these Bacon-Wrapped Brats.  Whether in your backyard or at a picnic in the park, these brats are perfect for summer grilling! #SausageFamily 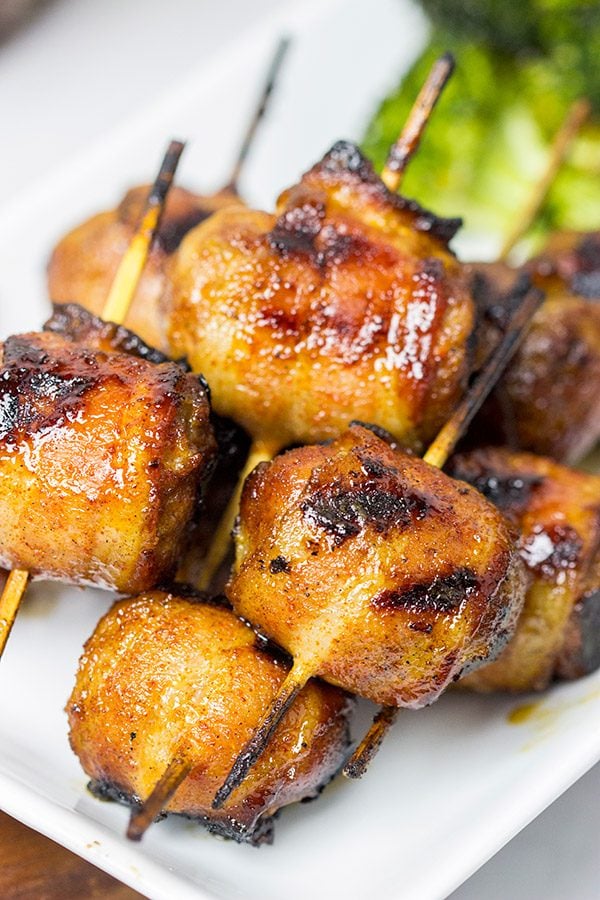 I’m a gullible guy.  Chances are you can convince me of anything if you try hard enough.  Although I’ve grown a bit cynical in my old age, I’ve definitely had my leg pulled on more than one occasion.  Growing up, my Dad was a bit of a prankster.  To this day, I think my half-sister still believes he has a toupee.  He pulled that prank 25 years ago, and it’s still going strong.  (The man has never worn a toupee, for the record.)

Then there was the time he convinced me that my great-grandmother dated Jesse James.  (By the way, I still think there might be some truth in that legend.)  When that joke started to fizzle out, dear old Dad started telling everyone that Davy Crockett is a distant relative.  Who knows?  Maybe he is.  But I’m pretty sure my Dad made up that story, too.  But there’s always just enough truth to a story to make it believable… 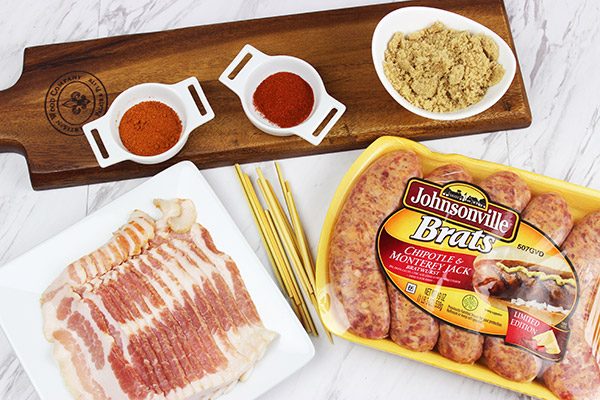 But one story I don’t believe is the fact that Paul McCartney is actually an impostor.  On my way to pick up Robbie at daycare last week, the radio DJ was retelling a rumor that Paul McCartney actually died in a car wreck in 1966.  Then a Scottish guy by the name of William Campbell won a look-a-like contest and replaced Sir Paul as a member of the Beatles.  Say what??

The guy on the radio clearly didn’t believe this tale.  But a bit of googling after I got home, and sure enough…a lot of people believe this rumor.  If it’s true, that’s one of the biggest cover-ups in the history of music.  I’d be more likely to believe that Elvis is still living somewhere outside of Las Vegas working as an Elvis impostor. 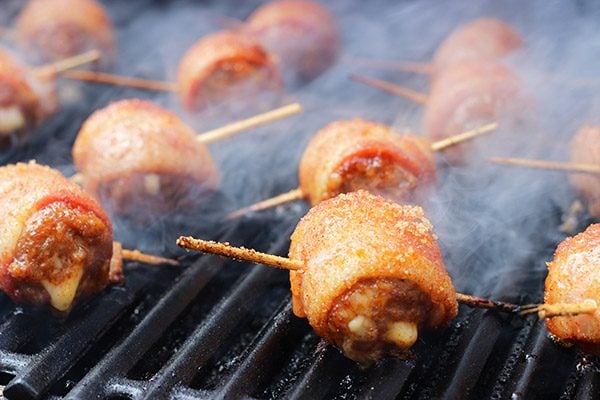 One thing that I definitely believe without question though?  Bacon.  Bacon makes everything better!  Earlier this week, I picked up a package of brats at the store.  Chipotle Monterey Jack Brats to be more specific.  This is one epic flavor of Johnsonville sausage, and we love tossing those brats on the grill just by themselves.  But this time I decided to incorporate some bacon in there.  As in I wrapped those delicious brats with bacon to create even more delicious Bacon-Wrapped Brats. 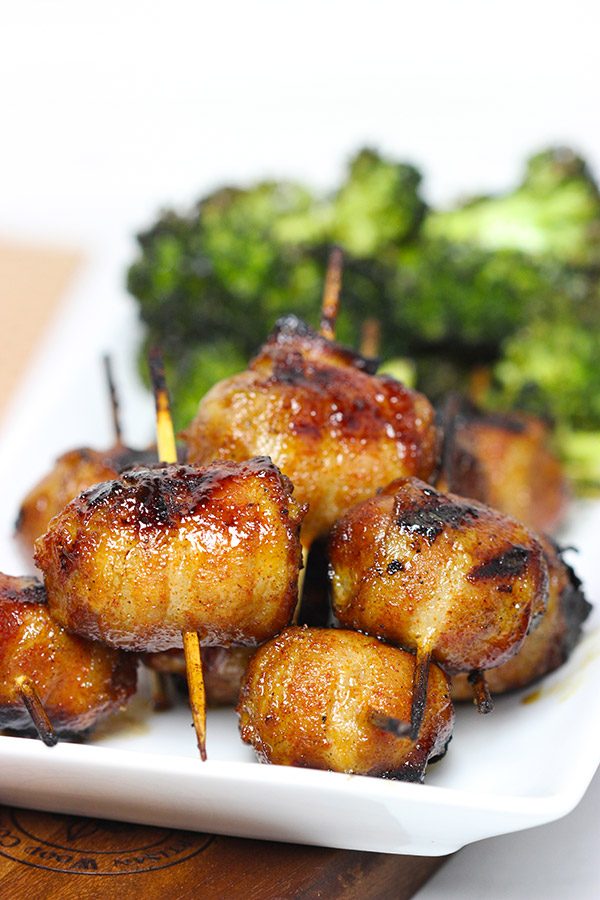 I made these Bacon-Wrapped Brats smaller and served them on mini-skewers.  And I used one more secret little trick.  After wrapping the brats in bacon, I rubbed ’em with a bit of brown sugar and cayenne pepper.  The brown sugar caramelizes on the grill to create a slightly sweet glaze, and the cayenne adds just a tiny bit of a kick.  A little sweet.  A little smokey.  A little spicy.  And a lot tasty!

Whether on your back porch or at a picnic, these Bacon-Wrapped Brats are perfect for summer grilling.  I used the Chipotle Monterey Jack variety, but honestly any variety of Johnsonville brats would work well here.  I’m thinking the Hot ‘n Spicy and/or Smoked varieties need to show up on my grill next week.  Have a great weekend, y’all!  As for me, I’ll be looking for sasquatch in the woods behind my backyard. 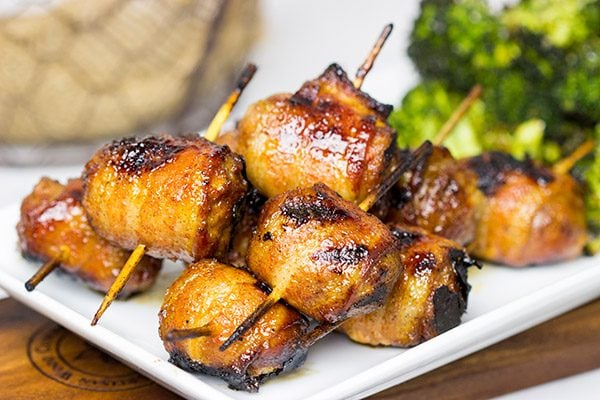 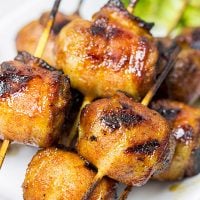 Whether in your backyard or at a picnic in the park, these Bacon-Wrapped Brats are perfect for summer grilling!
Print Pin Rate
Prep Time: 10 minutes
Cook Time: 20 minutes
Total Time: 30 minutes
Servings: 15 servings
Calories: 172kcal

I used Chipotle Monterey Jack Brats, but any variety of Johnsonville Brats will work for this recipe.

This recipe was featured in CheapThriftyLiving’s collection of 30 Cheap BBQ Food Ideas for Your Summer Cookout!

Looking for more fun grilling ideas?  Check out these other favorites, too: 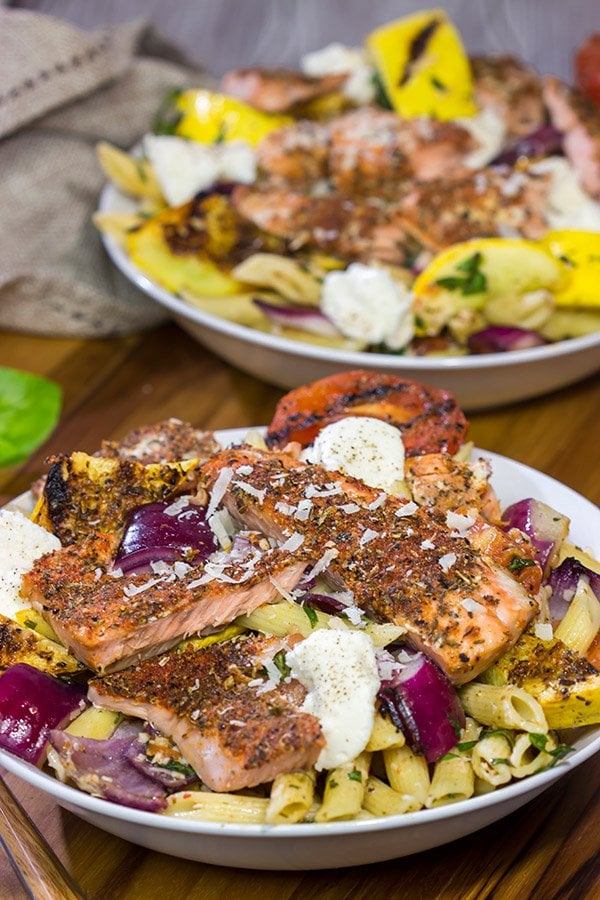 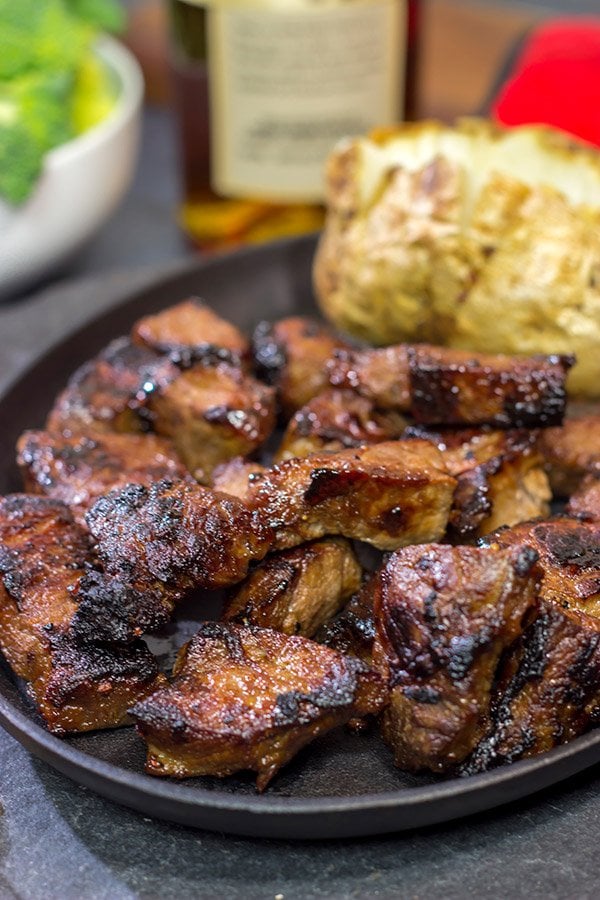