This Apple Pie Bread is complete with a cinnamon apple filling.  Toast up a slice of this bread for a tasty treat on a cool Fall morning! 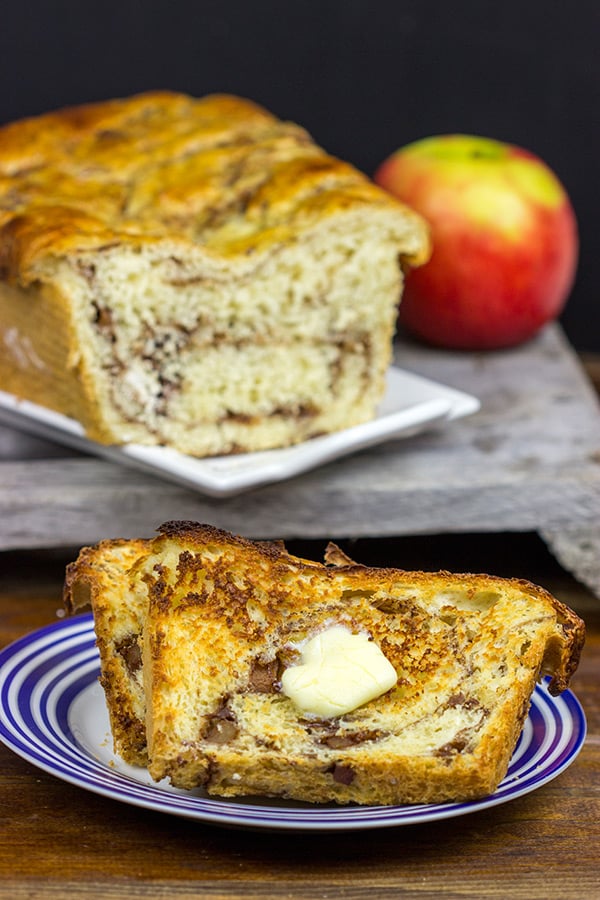 I’ve been bitten by the Fall baking bug.  I think the arrival of apple season makes me crave delicious baked goods!  Truthfully, I love crunching on a big, juicy apple every day for lunch (especially Honeycrisp apples!).  But I also can’t resist the urge to turn those apples into tarts, pies, cheesecakes, breads and the list goes on!

Back in the Spring, I made this tasty Cinnamon Raisin Bread.  A toasted slice of that bread was perfect alongside my morning cup of coffee.  I was thinking about making another loaf of that bread the other day, but then I wondered what would happen if I added apples.  And not just diced apples…but cooked apples.  Think apple pie filling…in a bread.  It sounded like a pretty delicious idea to me! 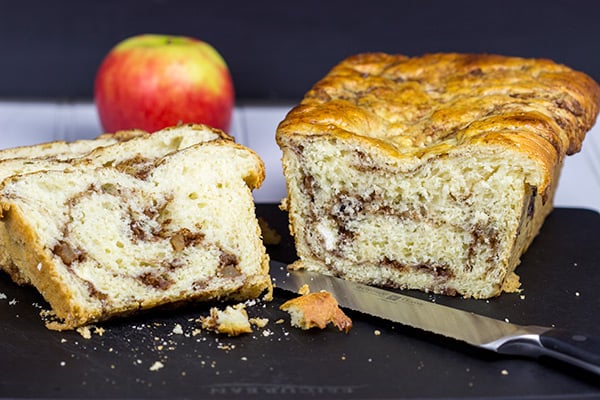 So I mentioned that I’ve been crunching on fresh apples every day for lunch.  Funny story: my dog loves apples.  I mean loves apples.  He can totally hear me slicing apples, and he comes trotting over and puts his wet nose on my leg.  I know what that means.  It means, “If you don’t give me some of that apple, I’m going to bark incessantly for the rest of the day.  Just to annoy you.  Or I might get into the trash can when you aren’t looking.”  Seriously, though, I spend the better part of every day in the kitchen testing recipes…how in the world can that dog tell when I’m cutting apples?? 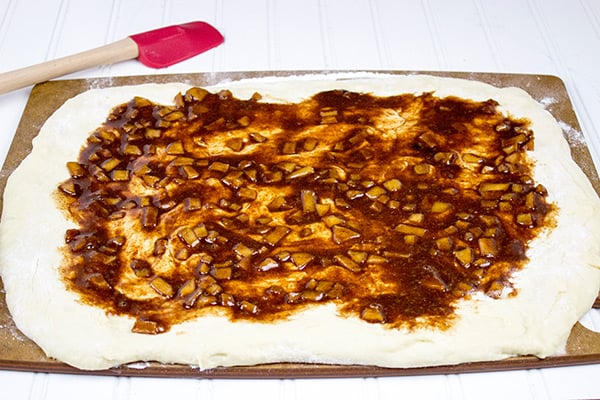 If you’ve ever made homemade bread before, then you’ll notice that this dough is very soft and sticky after it rises.  It’s nothing like a traditional loaf of bread.  Just go with it.  Make sure your countertop is well floured.  I spread the apple pie filling over the dough, and then I did my best to roll it up.  It kinda rolled…but not all that well.  A dough scraper (or any other large, flat tool) is your best friend for this project!  But, as I said, just go with it.  Get that dough into the bread pan however you can and throw it in the oven.  It will bake up into a beautiful brioche-like bread that is a wonderful treat alongside your morning cup of tea or coffee. #trust 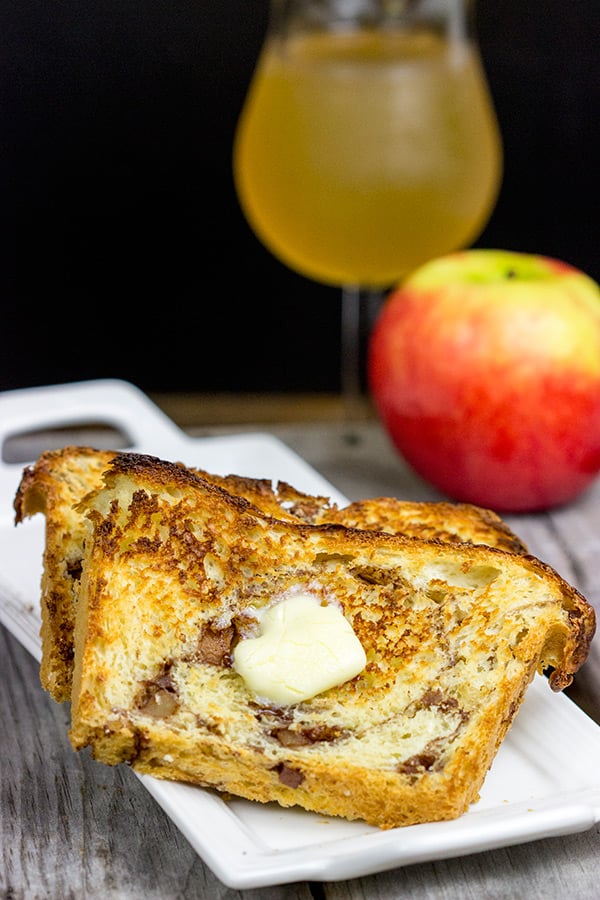 I mentioned this little tip back in the Cinnamon Raisin Bread post, but it’s worth repeating here.  If you have a toaster oven, throw a couple slices of this bread in and toast them for about 2-3 minutes.  Then flip it over to broil for another minute or two…but watch it closely since the bread could burn quickly!  The result is a sorta-soft, sorta-crunchy slice of delicious bread.  That’s how I roll in the mornings! 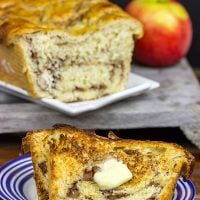 For the Apple Cinnamon Filling

For the Egg Wash

For the Apple Cinnamon Filling