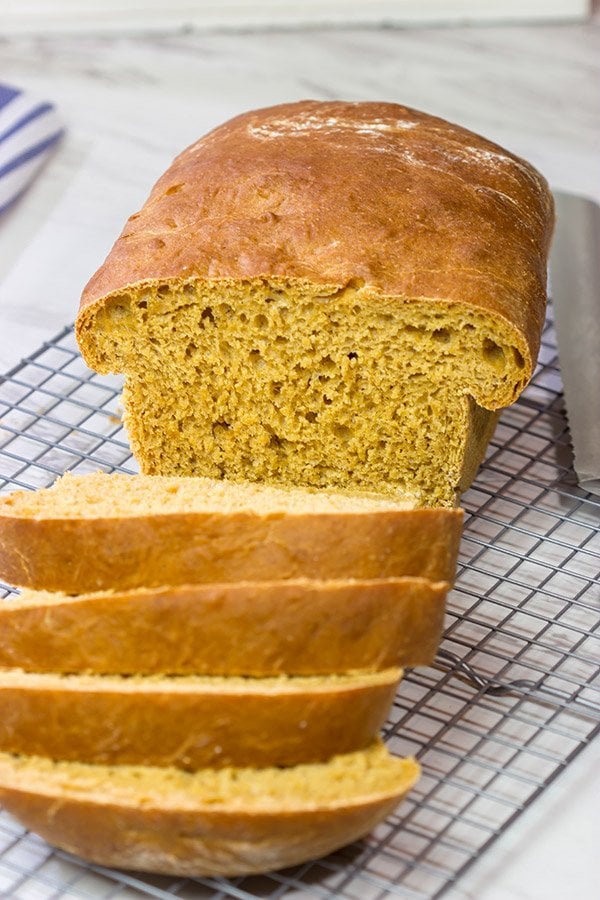 Who sets the regional boundaries for a country?  Take for instance the Southeastern part of the U.S.  Is Louisiana in the Southeast?  Or is that just the South by that point?  Texas?  Is that South? Southeast?  I know many Texans would argue it’s neither – Texas is just Texas.  Florida is another one.  Technically Florida is in the Southeast, but Florida doesn’t feel at all like it’s neighboring states of Georgia and Alabama. 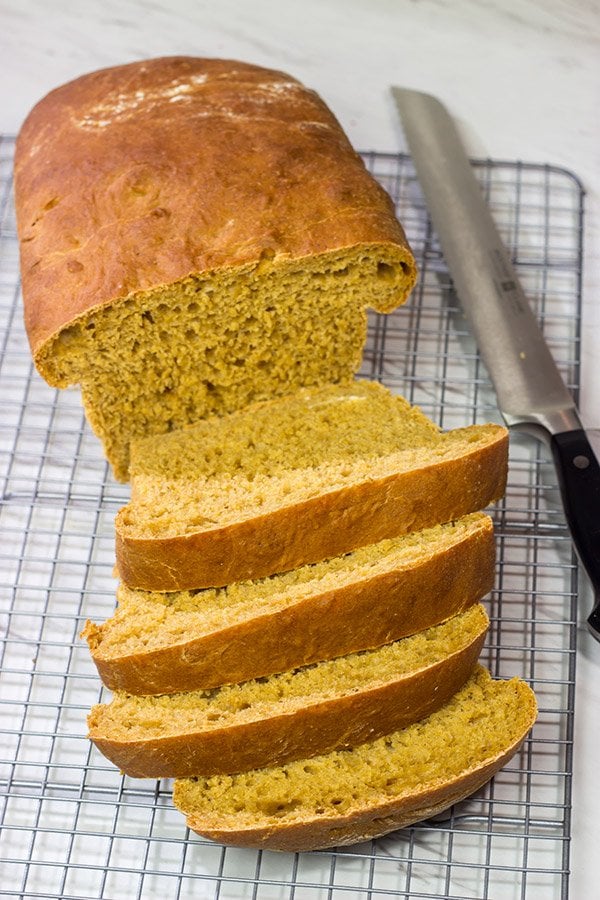 Here’s the thing, though – we live about 30 minutes from Massachusetts and 45 minutes from Vermont.  Is that close enough?  At the end of the day, it doesn’t really matter where a region begins and ends.  The customs and culture of different areas of the country tend to blend into the surrounding states.  In this way, a region is more of a gradual thing rather than a border that you drive across. 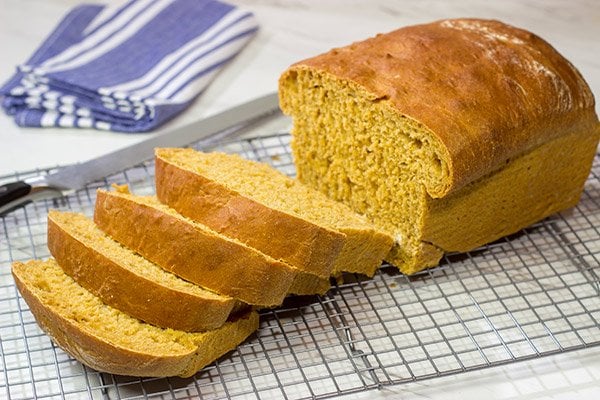 The point of this whole regional borders conversation does circle back to today’s recipe.  Anadama Bread is a classic New England recipe.  According to legend, Anadama Bread first appeared in Rockport, Massachusetts in the mid-1800’s.  This bread is somewhat unique in that it includes a bit of cornmeal with the flour, and it also includes molasses.  (For me, molasses is closely connected to gingerbread – so I was intrigued to learn that molasses is a key ingredient in Anadama Bread.) 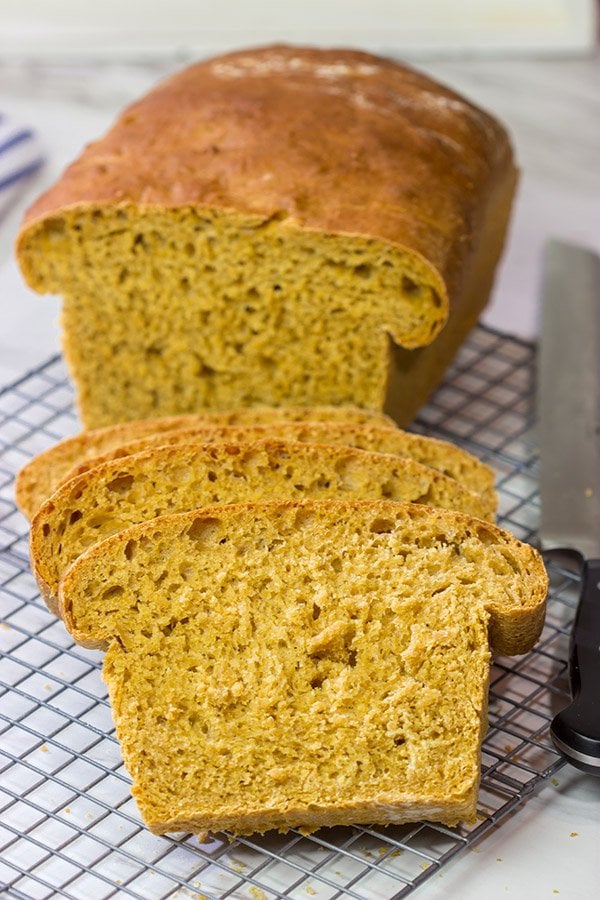 We first tasted Anadama Bread at a local diner years ago.  I’ve gotta say – Anadama Bread is tasty.  Really tasty.  The molasses brings a sweetness to the finished loaf, but it’s not a flavor that you can readily identify.  (In fact, I initially assumed this bread was sweetened with honey.)  I finally got around to baking a loaf of this bread here at home, and it turned out quite well!  In fact, Laura said the flavor reminded her of the brown bread served at Outback Steakhouse.  (I actually made a copycat version of that bread years ago, and it is indeed honey in that one.) 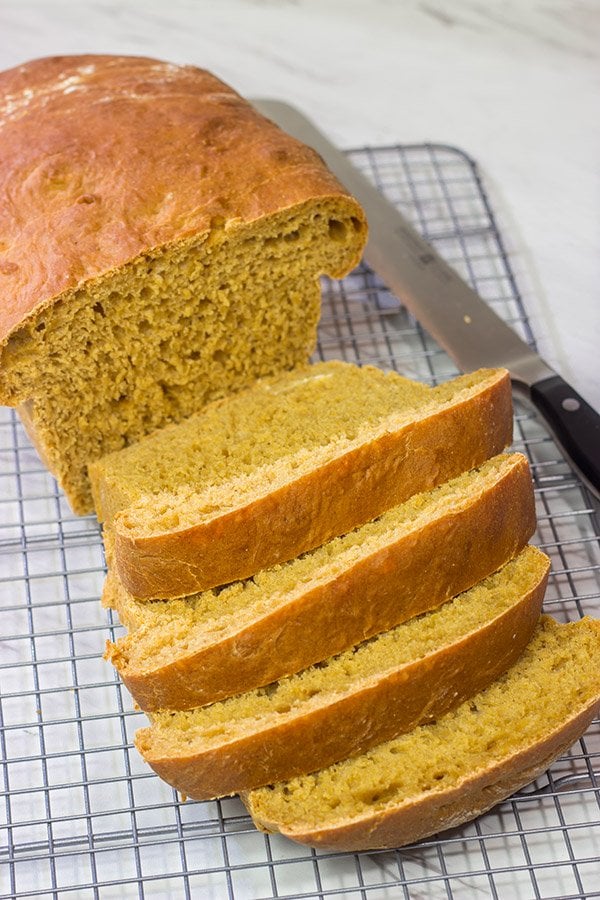 The one thing I will say about this batch of Anadama Bread is that it really tests the limits of a standard 9″x5″ breadpan.  Perhaps I need to reduce the quantity of dough for the next round – but only by maybe 10%.  As you can see, the bread grew above the edge of the pan quite a bit.  I was ok with it, but this is one large piece of bread!  We ate several slices while it was still slightly warm from the oven, and then we toasted the leftover slices with a bit of butter.  Amazing!

If you enjoy bread baking, then put Anadama Bread on the list of breads to try.  It’s a unique one!  I hope you enjoy this bread as much as we do in our house.  Cheers!

Did you bake a loaf of this Anadama Bread at home?  Leave a comment, or snap a photo and tag me on Instagram (@Spicedblog).  I’d love to see your version! 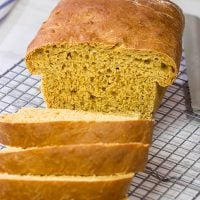 Looking for more homemade bread recipes?  Check out these other favorites, too: 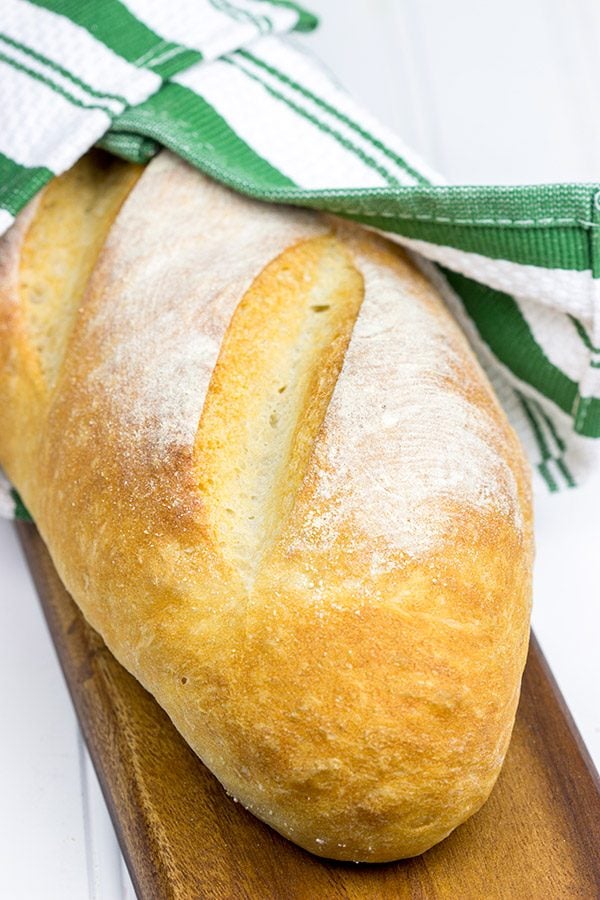 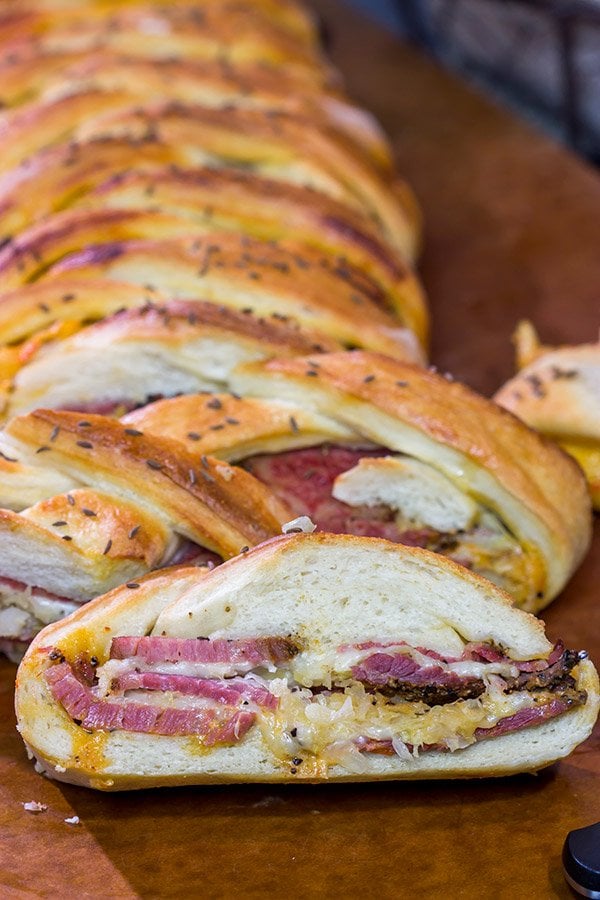 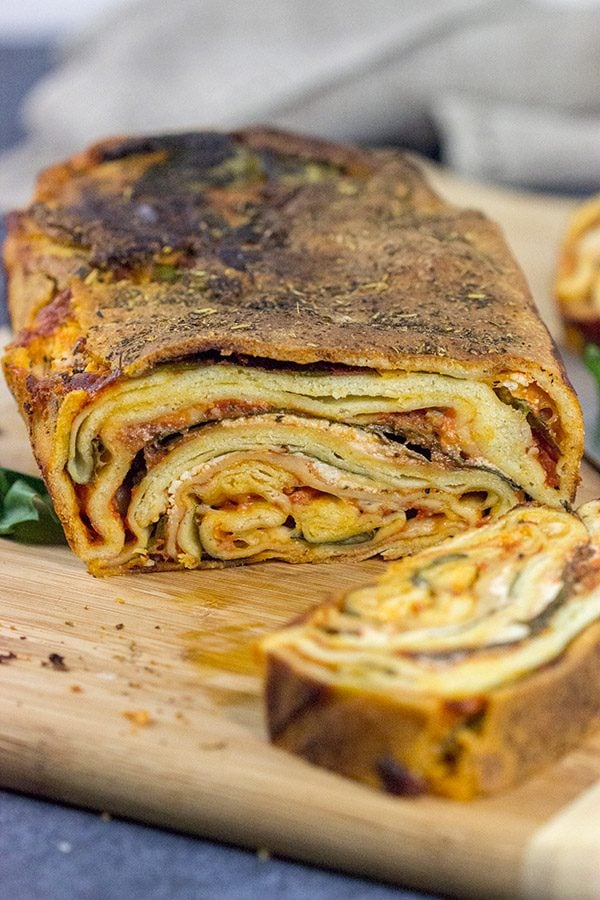