This Southern Sweet Potato Pie is a classic Thanksgiving dessert! 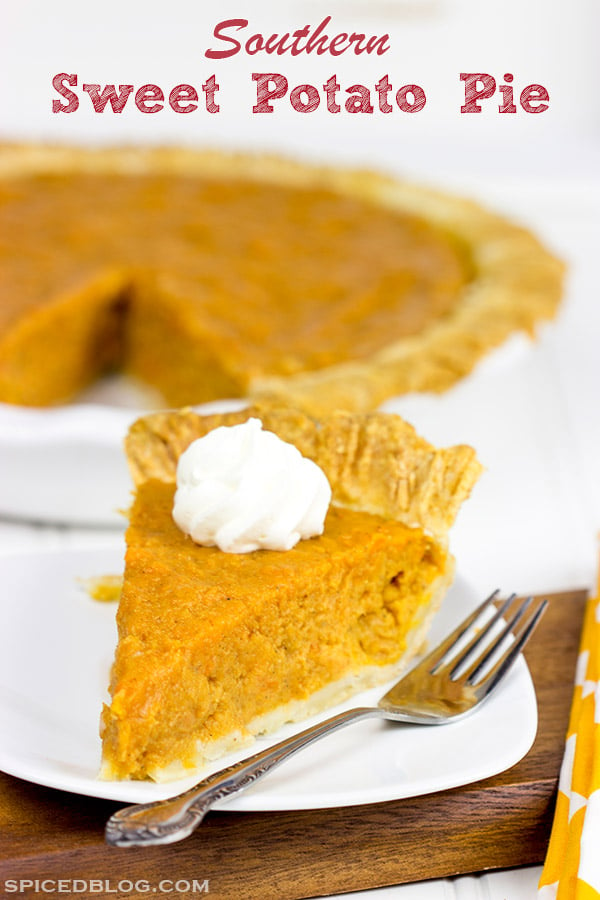 It’s funny how different areas of the country are associated with various types of food.  For a Southern boy like me, foods like Buttermilk Biscuits, Banana Pudding and Red Velvet Cake were commonplace.  But now that we live in upstate New York, we’ve discovered that maple syrup is way more than just a topping for pancakes.  And I had no idea that there was such a difference between New England Clam Chowder and Manhattan Clam Chowder.  And now that we live so far away from family, I’ve really begun embracing those traditional Southern recipes that I remember from my childhood.  This Southern Sweet Potato Pie is an amazing dessert, and it was a Thanksgiving staple around our house. 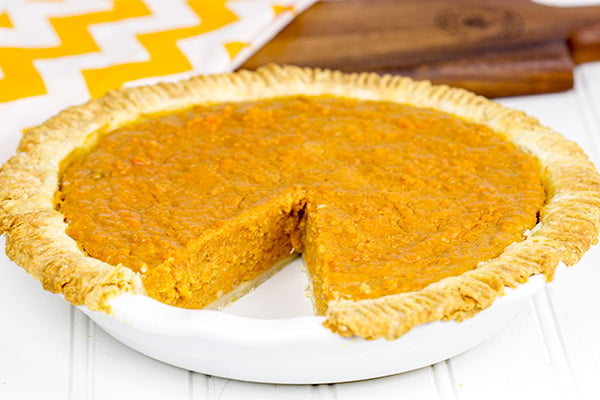 I’m not a huge country music fan, but I do enjoy some of the classics.  Much to my wife’s chagrin, I recently came across my Best of Alabama CDs (the band, not the state).  I have no idea why they were doing hiding under a pile of old towels in the back of the linen closet, but I’m glad I found them again!  The first song that came on was “Song of the South” (a classic!!), and I immediately got lost in the lyrics.  “Song, Song of the South/Sweet potato pie and I shut my mouth…”  That’s when it hit me.  Sweet potato pie.  I haven’t had sweet potato pie since we moved.  Needless to say, this Southern Sweet Potato Pie made an appearance in our kitchen shortly thereafter. 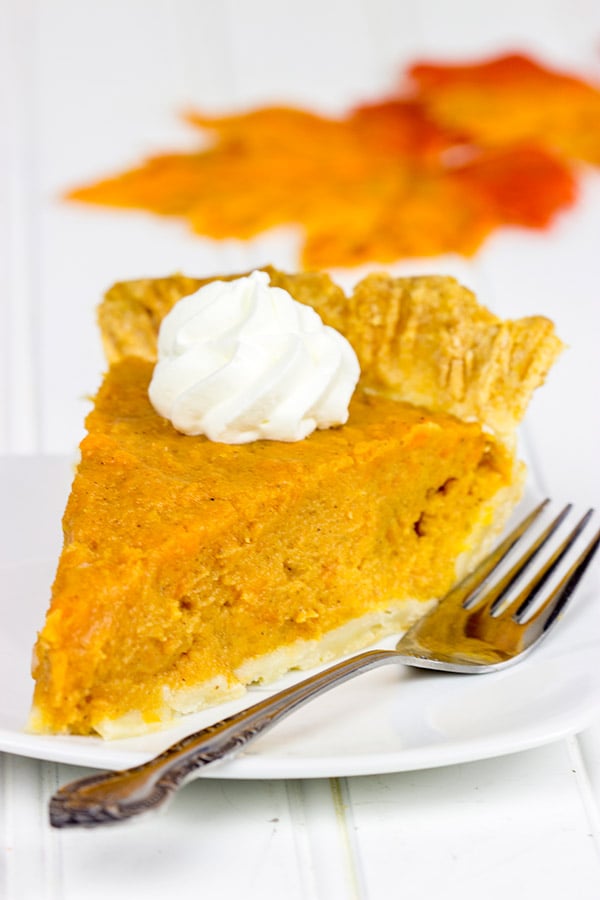 Speaking of country music, my sister lives in Nashville, the country music capital of the world.  It’s not that uncommon for her to see famous country musicians in the grocery store.  Wouldn’t that be fun?  Heck, I consider it a good day when I bump into my neighbor at the grocery store!  Last time we were down there visiting, my sis took us out to eat at a little general store outside of Nashville.  I’m talking down home cookin’ here.  Fried chicken.  Cornbread.  Sweet tea.  This general store also had a stage on one side, and there was a local country band playing while we ate.

About half-way through lunch, an older gentleman stepped up to the microphone.  If I had to guess, I’d say he was in his early-mid 90’s.  The band clearly knew him, and I’m guessing he played there many years ago.  He proceeded to sing one his favorite songs (I wasn’t familiar with it), and we all gave him a round of applause.  Then he immediately launched into another song…and another one after that.  It became a rather humorous situation, but it was certainly fun.  I hope I have the gumption to get up and sing in front of a crowd when I’m 90 years old.  (Somewhere, my wife just sighed.  I know it.) 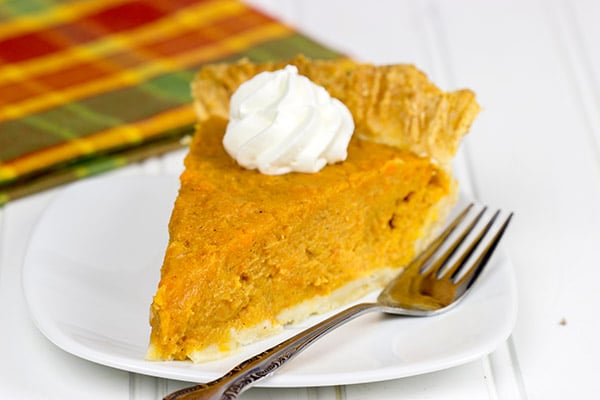 With Thanksgiving approaching in just a couple of weeks, it’s time to start planning the big feast!  Of course, there’s the turkey.  But which side dishes will you make?  And more importantly, which desserts earn a coveted spot on the Thanksgiving menu this year?  May I suggest this Southern Sweet Potato Pie?  This custard-style pie is a classic, and it’s really not difficult to make.  It’s basically mashed sweet potatoes mixed with milk, sugar, eggs and spices.  And it’s one of my favorites!  Enjoy! 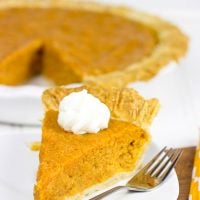