I’ve partnered with MARS and Collective Bias to create this SNICKERS Ice Cream Pie.  Layers of vanilla ice cream and chopped SNICKERS® bars make this pie the perfect dessert for the 2nd half of the big game!
#Chocolate4TheWin #CollectiveBias 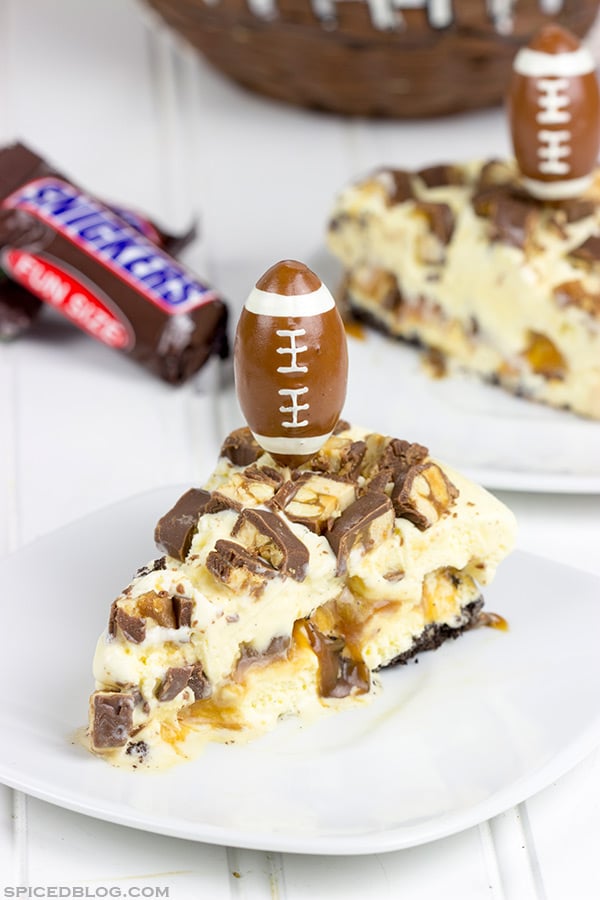 Labor Day weekend is one of my favorite times of the year…and it’s almost here!  For starters, it’s a long weekend.  (That alone is a reason to celebrate!)  It’s also the unofficial start of Fall which is my favorite season.  But more importantly, it’s the beginning of football season.  I always enjoyed watching football as a kid, but it wasn’t until I moved to Louisiana after college that football became a way of life.  Somehow baseball claimed the title of “America’s game.”  Forget that…everyone knows America’s game is really football! 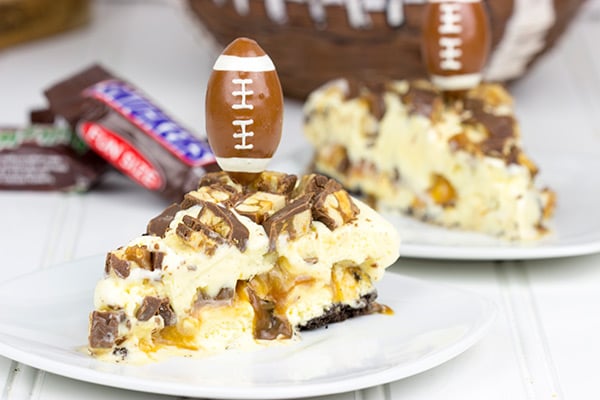 With football season almost here, it’s time to start getting tailgating snacks in order.  Chips?  Check.  Burgers and hotdogs?  Check.  Cold drinks?  Check.  But what about dessert?  Dessert is often overlooked when it comes to tailgating or watching the big game.  So I propose that we fix that…starting with this awesome SNICKERS Ice Cream Pie!

It’s still hot down South.  I may live in upstate New York now, but I remember many an early September weekend sitting in stadiums under the blazing sun.  That’s where this SNICKERS Ice Cream Pie comes in.  Not only is it delicious and easy to make, but it’s cold.  Cold is good when the temperature on the field is still in the upper 80’s…in the evening! 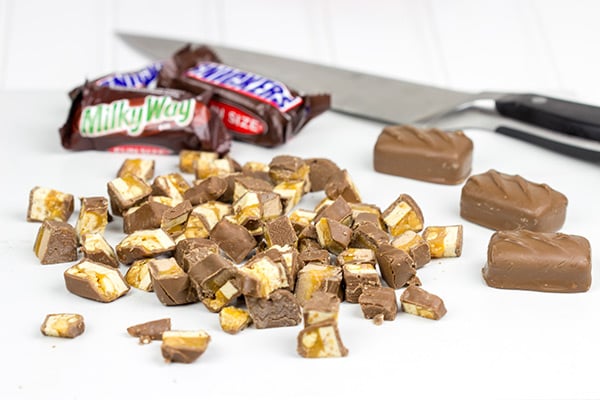 One of my favorite commercials from the 90’s is the Snickers’ one where the guy painting the end zone misspells the team name.  The absolute best part comes at the end when he says, “Great Googly Moogly.”  I’m pretty sure I walked around for at least a month trying to use that phrase as often as possible.  I challenge you to use it.  Today.  Tomorrow.  The next day…it doesn’t matter when.  Just work “Great Googly Moogly” into a conversation.  I guarantee that you’ll get some good looks!  (Ok, maybe strange looks is more accurate…but you’ll have fun doing it!)

This SNICKERS Ice Cream Pie is a definite favorite in our house.  I was walking through the candy aisle at Sam’s Club the other day, and I spotted the big box of SNICKERS bars.  That bad boy ended up in my cart without much hesitation.  But then I saw the big bag of MARS fun size candy bars.  Well, I needed that, too.  What if I only want a little bar as a snack?  Yeah, I needed both!  That’s how I roll. 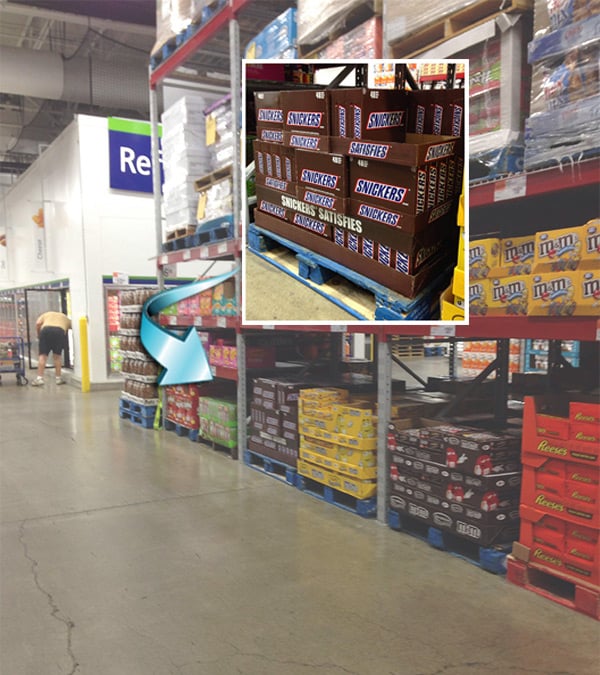 It had been a while since I’d made this SNICKERS Ice Cream Pie, so I decided to make one for the weekend.  I had plenty of SNICKERS, and I even threw some chopped Milky Ways into the middle of the pie along with the caramel.  Does that sound like the perfect dessert for the 2nd half of the big game or what? 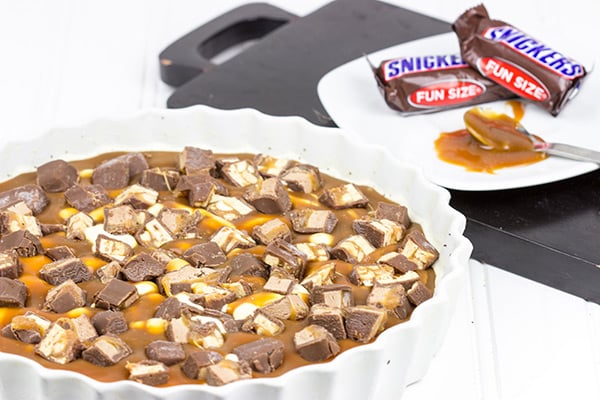 I usually use french vanilla ice cream because that’s my wife’s favorite…but I’m pretty sure this pie would taste amazing with coffee ice cream!  Hey, that game might go into overtime…and you’ll need that extra boost of caffeine.  So here’s to the beginning of another season filled with exciting games and even better parties! 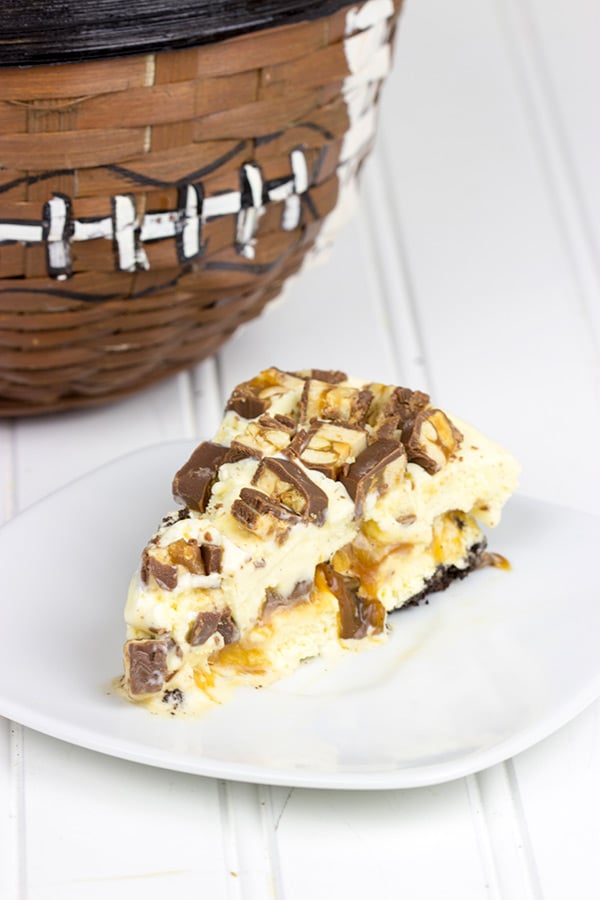 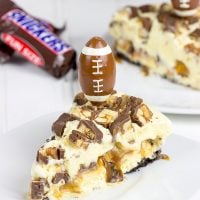 I've included the recipes for a homemade crust and homemade caramel sauce, but you can certainly substitute store-bought versions of both to save time!