Topped with gooey marshmallows, toasted graham crackers and melted chocolate, these S’mores Brownies are sure to disappear quickly in your house! 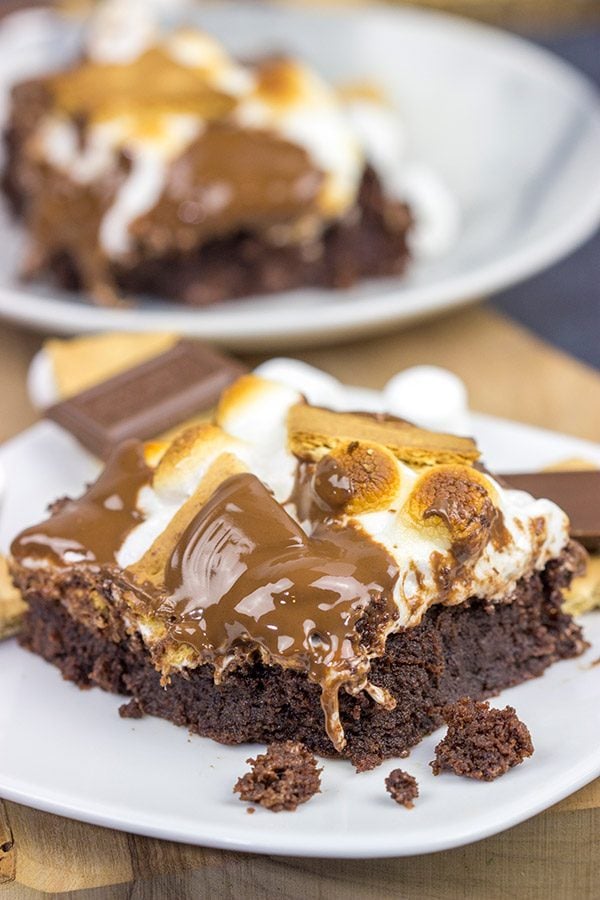 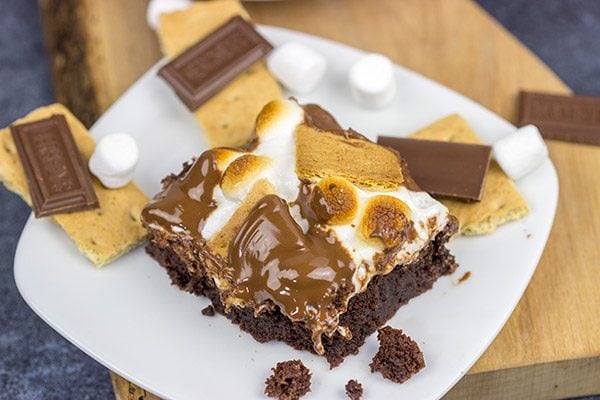 For starters, there’s the smell of a wood-burning fireplace.  At the old house, we were lucky enough to have a few hickory logs mixed in with the firewood…and holy cow did the house smell amazing when we’d put a hickory log on the fire!  We’d joke that it smelled like a grill inside, and then Laura and I would both start craving smoked brisket.  Another thing I miss about the wood-burning fireplace?  S’mores. 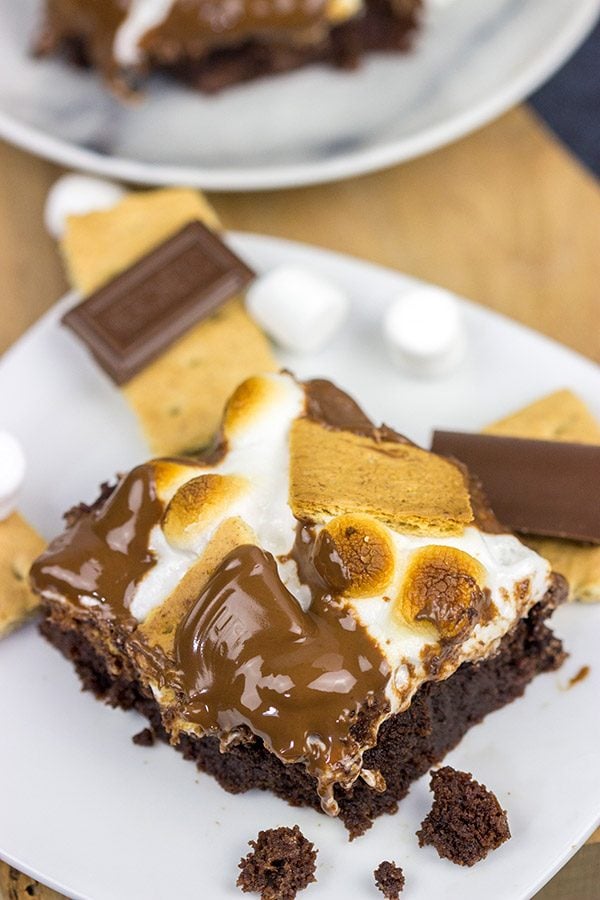 During the summer months, we’ll occasionally light the firepit in the backyard.  If I have enough forethought to get the ingredients, then we’ll make a batch of smores.  Delicious!  During the winter months, we’d do the same thing…just at the fireplace inside.  Yup, we’d sit in the middle of the living room with our marshmallows on sticks.  Perhaps it wasn’t the wisest of things to do, but we were always careful.  When it comes to s’mores, ya gotta do what ya gotta do!

Now that we have a gas burning fireplace, indoor s’mores are no longer an option.  Bummer.  That’s ok, though.  These S’mores Brownies totally fill the void!  These S’mores Brownies are a piece of cake (err…brownie?) to make, too.  Just make a batch of your favorite brownies.  (Yup, boxed brownie mixes are totally ok.)  Then when they’re done, just sprinkle marshmallows and graham crackers on top.  Broil ’em for 2-3 minutes and then add the chocolate bars.  You’re done.  That’s it.  Well, except for waiting for them to cool off.  In the words of the late Tom Petty: the waiting is the hardest part. 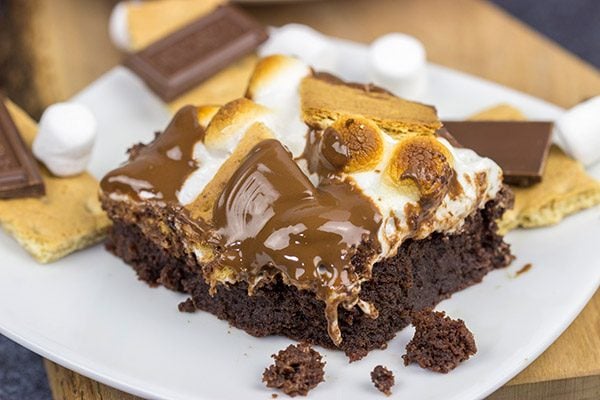 Before we wrap up this post, I’ll note that you have 2 options here: you can let these S’mores Brownies cool at room temperature for about 30-45 minutes.  They’ll still be warm and gooey and delicious, but you’ll likely want to serve ’em with a fork.  Option 2 is to let them cool for a bit and then toss the entire pan in the fridge.  The brownies get a bit firmer, and they’re easier to slice and eat with your hands.  Both ways are totally acceptable.  In fact, if you can’t decide which way to go, just make 1 pan of each!  Enjoy! 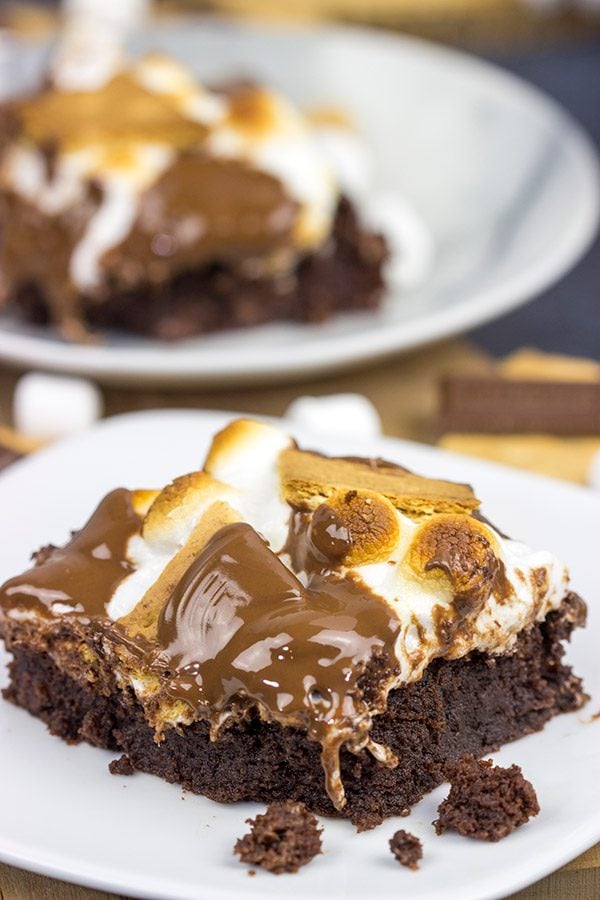 Did you make a batch of these S’mores Brownies at home?  Leave a comment and rating!  Or snap a photo and tag me on Instagram (@Spicedblog).

Still hungry?  Check out some of these other favorite s’mores recipes, too! 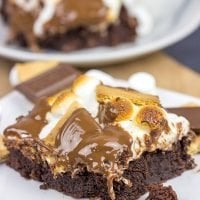 For the S’mores Topping

I recommend using an oversized piece of parchment paper so that the paper comes up at least 2” on all sides of the pan. As you add a frosting to these brownies, the extra parchment paper will give you a way to lift the brownies out of the pan once they’ve cooled.