Chili served over spaghetti?  Yup, it’s the Cincinnati way!  Whip up a batch of this Slow Cooker Cincinnati Chili for dinner tonight! 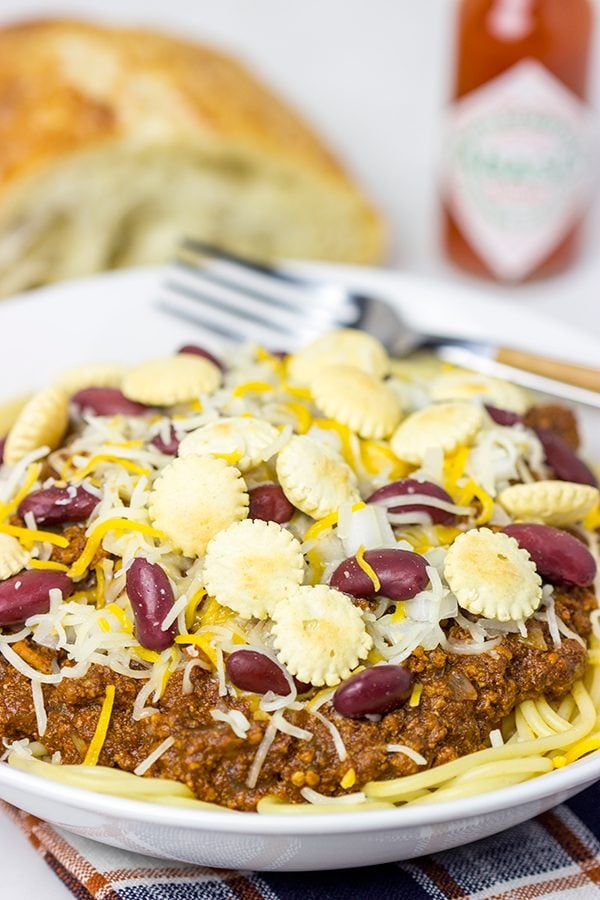 It’s rare that a city gets it’s own recipe.  Sure, different parts of the country have their types of food.  The Gulf Coast knows how to do Cajun and seafood.  The South does some pretty amazing comfort food.  Like buttermilk biscuits.  And banana pudding.  And pimento cheese.  The West Coast has its delicious avocados and limes and rap music.  But none of these places have well-known recipes which include the name of a city.  Enter Cincinnati Chili.

Cincinnati chili is a strange thing.  At the most basic level, it is definitely chili.  Ground beef (sometimes ground turkey) seasoned with various spices and lots of chili powder.  But the ‘various spices’ is the first place that Cincinnati chili takes a left turn.  If I told you I was making a recipe with cinnamon, cloves and allspice, you’d probably think I was baking some sort of Autumn-themed dessert.  And normally you’d be right.  Except these spices also go into Cincinnati chili.  Oh, and a bit of chocolate, too.  (Yes, I said chocolate!) 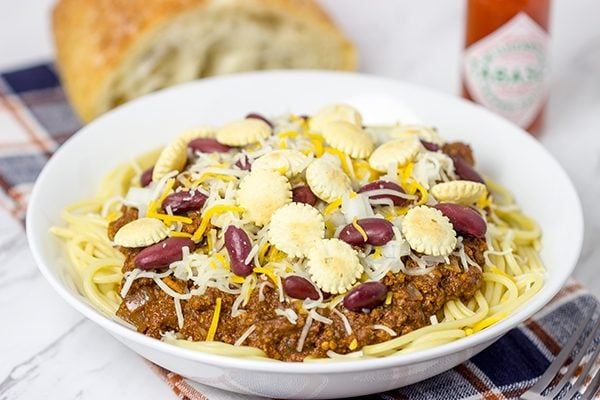 Have you gotten over the thought of adding chocolate and cinnamon to chili?  Ok, good.  Because now I’m gonna take another left turn and serve that chili over spaghetti.  Say what?  Is this chili or meat sauce for pasta?  Well it’s kinda both!  Cincinnati chili is a unique thing, and I’m told that folks in Cincinnati are kinda crazy about it.

I first heard about Cincinnati chili in college when a good friend told me about this hometown favorite.  Skyline Chili, an iconic Cincinnati restaurant, even cans their version of Cincinnati chili.  When she pulled out a can of Skyline, I remember thinking, “ok, canned chili….what’s the big deal?”  Well, I soon learned all of the differences between a classic Texas chili (what I’m used to) and the Cincy version.  And I gotta say, it’s pretty darned tasty! 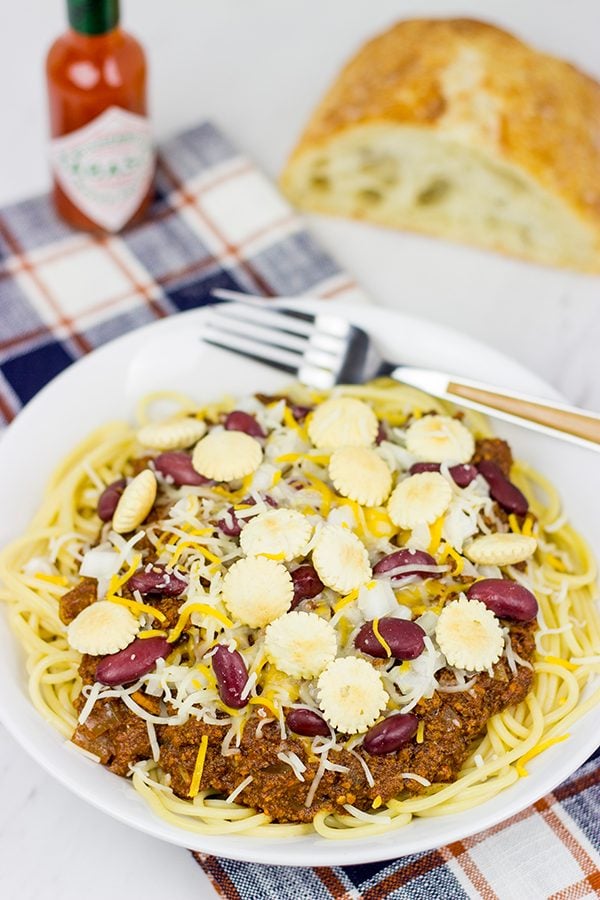 My friend shared her family recipe, and I recently stumbled across it in a box of old stuff from my college years.  I stayed pretty true to her recipe, although I did take a couple of liberties here.  I converted this into a slow cooker recipe…because chili and slow cookers go together like Sonny and Cher.  I also used half beef and half turkey…because that’s how I like my chili.  (Even if said chili is served over spaghetti.)

Oh, and I reduced the chocolate a bit.  Chocolate in savory meals isn’t that unusual (like in a good Mexican-style mole sauce).  There is some debate over whether chocolate should be in Cincinnati chili.  I’ll say that you can’t really identify the flavor in there, but it does add a slight bitterness (in a good way) to the finished chili.  With that said, though, I reduced the amount of chocolate from her recipe.  (I also made it optional…just in case you don’t roll like that.) 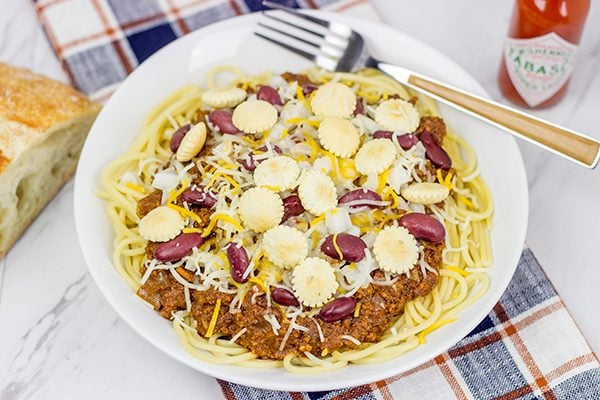 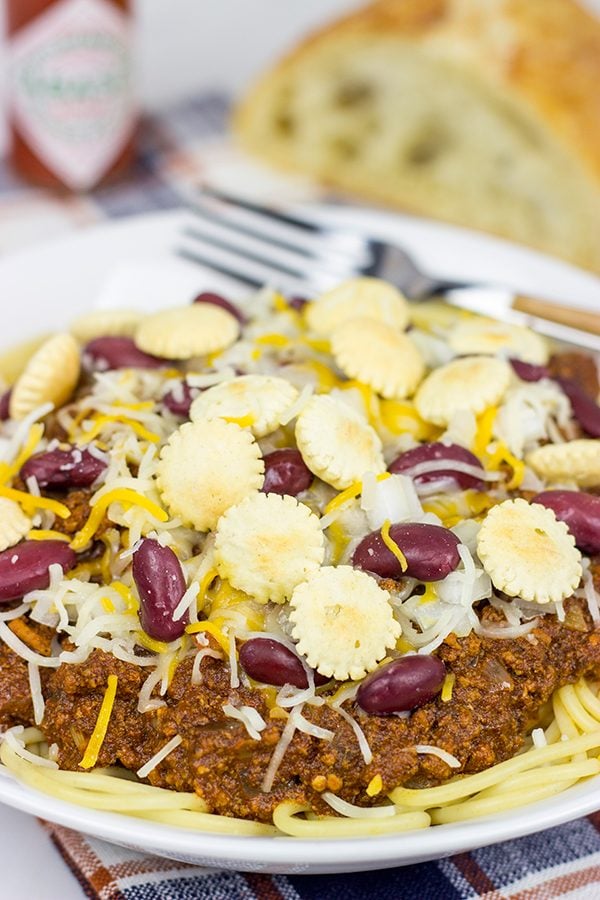 Oh, and if you want to be a true Cincinnatian, serve this Slow Cooker Cincinnati Chili with some or all of the toppings below:

Have you ever had Cincinnati chili? 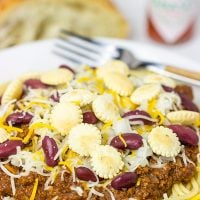