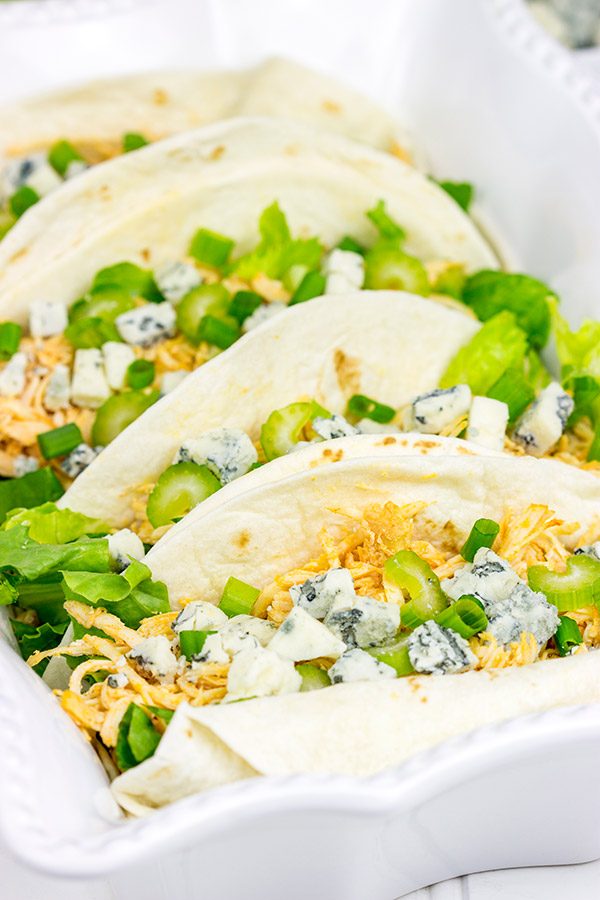 I am pretty much your stereotypical guy when it comes to football.  I love watching any and all games.  Bonus points if the game happens to be a bowl game or the playoffs.  And football games require football food.  You know what I mean.  Dips, breadsticks, sliders, garlic knots, loaded tots.  That’s what I mean by football food! 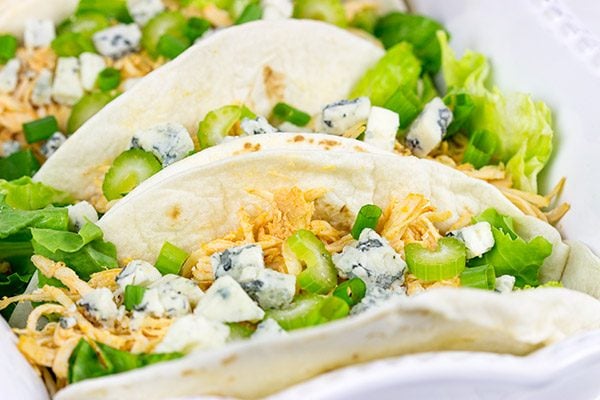 During a normal game, the commercials and halftime are the perfect opportunity to grab another breadstick and a drink.  But not the Super Bowl.  Nope.  You aren’t allowed to miss a minute of the big game!  If you had wandered off during last year’s game, you would have missed Seattle’s inexplicable decision to throw the ball after relying on running plays to get all the way down the field.  (The ball was intercepted on the 1-yard line, and New England won the championship.)

But more importantly, if you had wandered off during last year’s halftime show, you would have missed Left Shark’s epic dance moves.  (There was a serious movement to vote Left Shark as the Super Bowl MVP.) 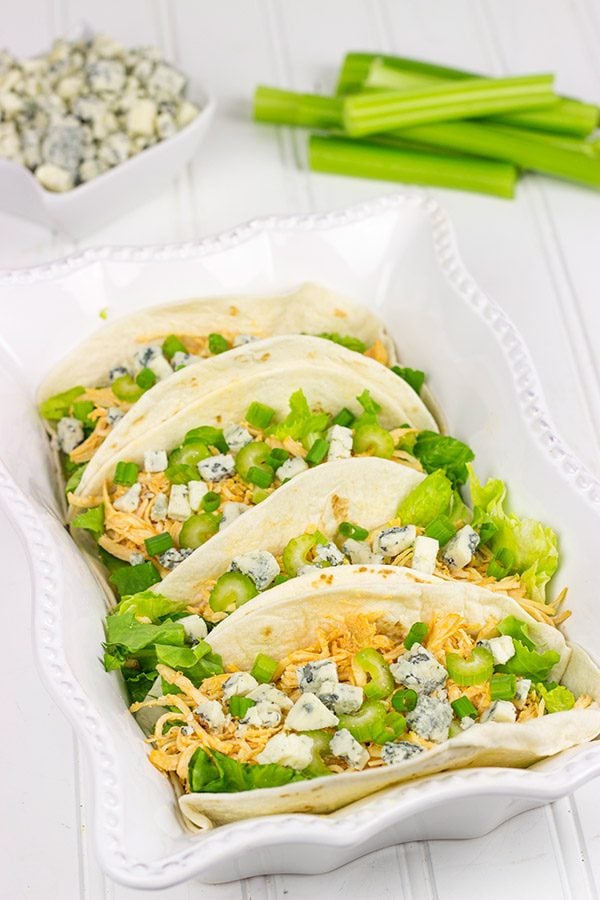 Since you’re pretty much not allowed to leave for 3.5 hours (15.5 hours if you watch all of the pregame coverage…), you need easy food.  Easy, delicious football food.  And that’s where these Slow Cooker Buffalo Chicken Tacos come in.

This recipe couldn’t be easier if it tried.  It’s literally a slow cooker, a bottle of wing sauce and some boneless chicken breasts.  Start that bad boy up around noon, and you’ve got a slow cooker full of delicious shredded chicken just in time for the game.  (This chicken shreds like a champ, too.  I could barely pick up the chicken breasts with a fork.  They literally just fell apart right there in the slow cooker.)  And since you won’t be spending your time in the kitchen, you can work on your Left Shark dance moves instead. 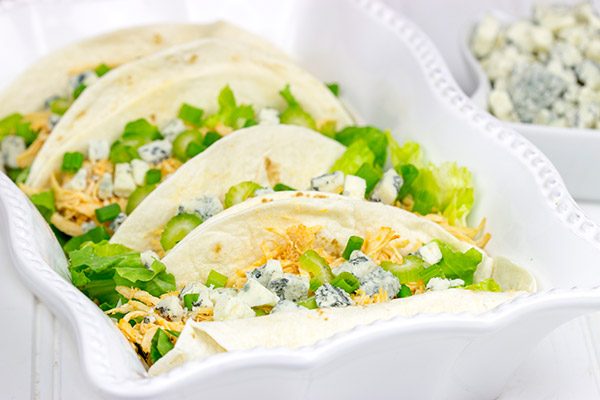 Once you’ve got the chicken shredded, just pop it back in the slow cooker and let your guests make their own tacos throughout the game. In case you’re wondering, this slow cooker buffalo chicken is not very spicy at all.  I know, I know.  This is chicken literally cooked in a bottle of wing sauce.  But it’s not spicy.  Trust me.  It’s got all the flavor of buffalo chicken without burning your face off.  (If you like spicy food, then I suggest adding a few splashes of hot sauce to the recipe.)  Now that the food for our Super Bowl party is all set, I just need to find a Left Shark outfit.  Because if I had a Left Shark outfit, I would wear it during the game.  And my moves are almost as epic as those of the real Left Shark. 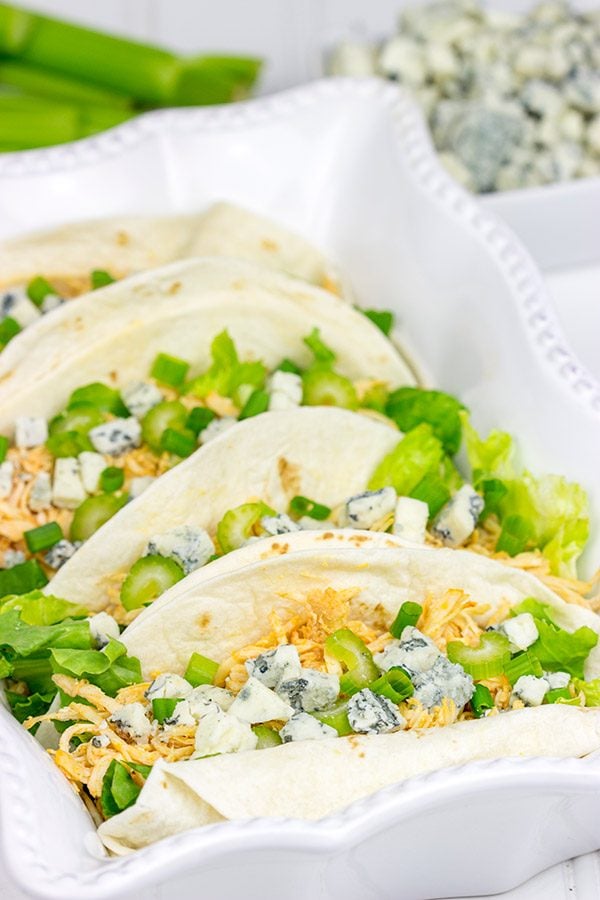 Are your dance moves like Left Shark or Right Shark? 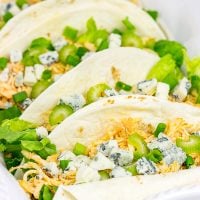