Make pizza night delicious with this Sausage and Peppers Pizza! 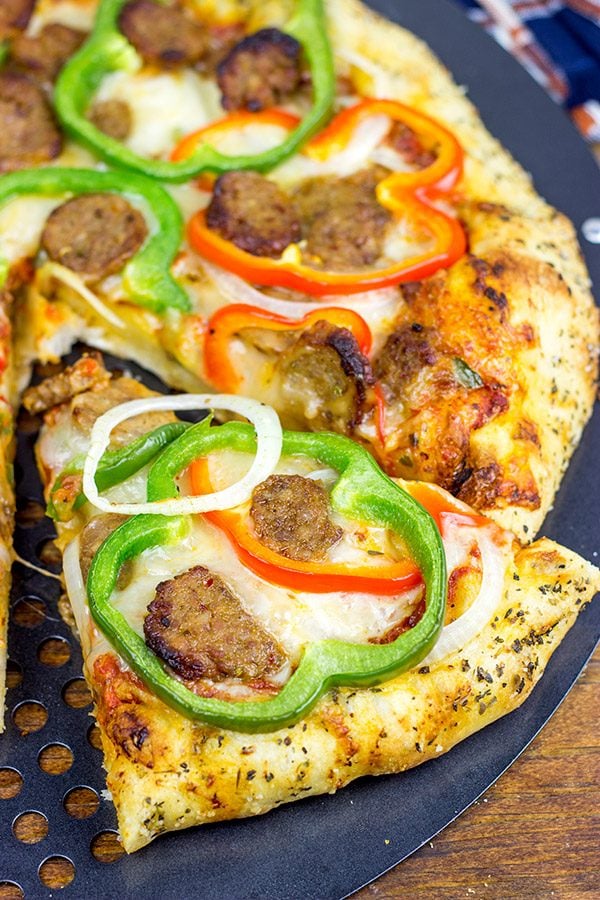 The weather has been hot and grilling season has been in full force here lately.  As I’ve said before, I think I could grill for 3 meals a day and be a happy camper.  Actually, that happened back when I’d tailgate with friends for LSU games.  We’d start with bacon and eggs on the grill for breakfast, and the day would only get better from there.  But, even though grilling season is officially open, I still have to fire up the oven for occasional pizza nights!  (Or sometimes I combine the two and grill the pizza.) 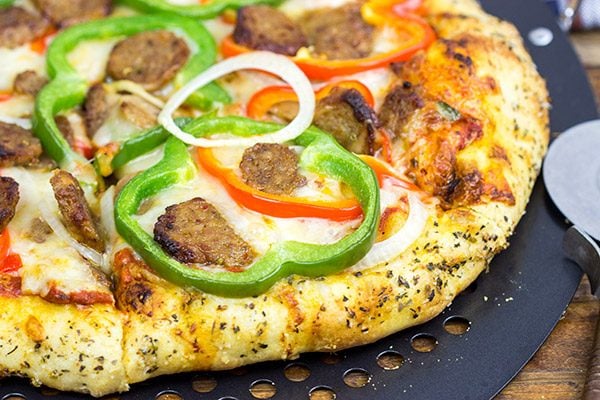 One of my curling buddies recently built an outdoor pizza oven.  It took him about a year, but he researched that oven and built something that would rival the pizza oven in any restaurant.  (Heck, his version probably beats the pizza ovens in most restaurants!)  One side of his oven uses fire bricks while the other side uses a biscotto base.  (Biscotto is the traditional base for Italian pizza ovens.)  Yeah, like I said, Jon did his research!  And now I need to convince Jon to come build a pizza oven in my backyard. 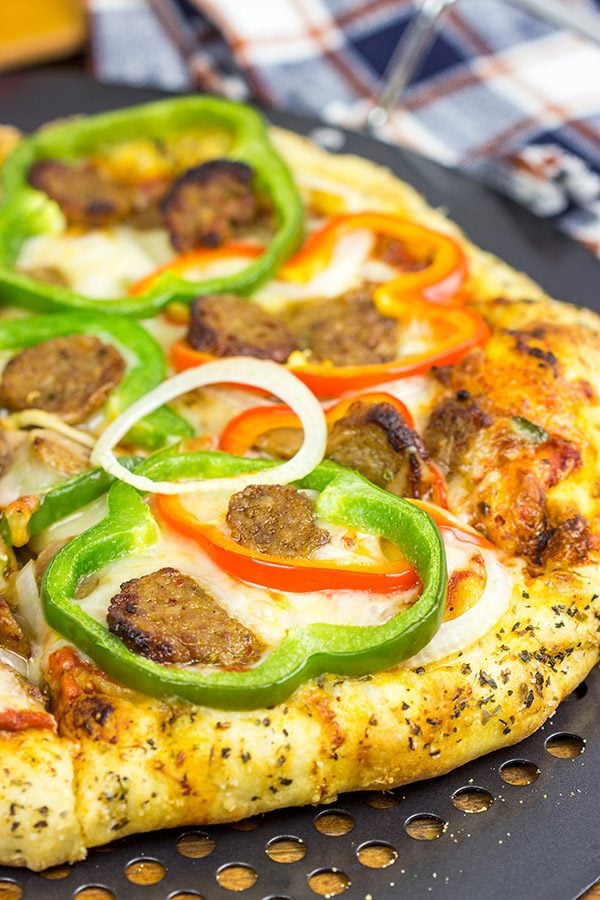 But until that happens, Laura and I have our own pizza routine down to a science.  I make the dough and stretch it into a rough round shape.  Laura comes in and finishes it off and puts down the sauce.  Then I swoop in with the cheese and toppings while Laura brushes the crust with an herbed olive oil.  It’s like watching a fine-tuned machine at work!  Oh, and we use a good quality pizza stone and pre-heat the oven for at least 30 minutes.  That makes a huge difference…at least until I get Jon to come over and build me an oven.  Hah! 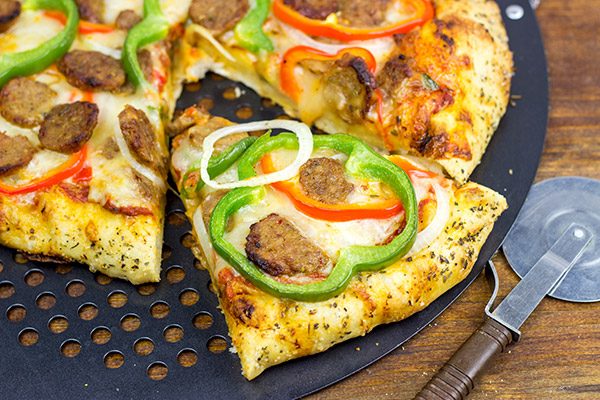 We got this pizza prepped while Robbie was getting ready for bed, then we baked it up once the little guy was asleep.  Then Laura and I sat on the couch with our pizza, a beer (or two) and some old episodes of New Girl.  (I’m ashamed to admit that we still have episodes dvr’d from last February.  Ah, such is the life with a toddler, right?)

Here’s to an awesome pizza-filled week, my friends!  Enjoy! 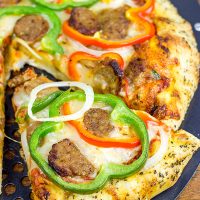