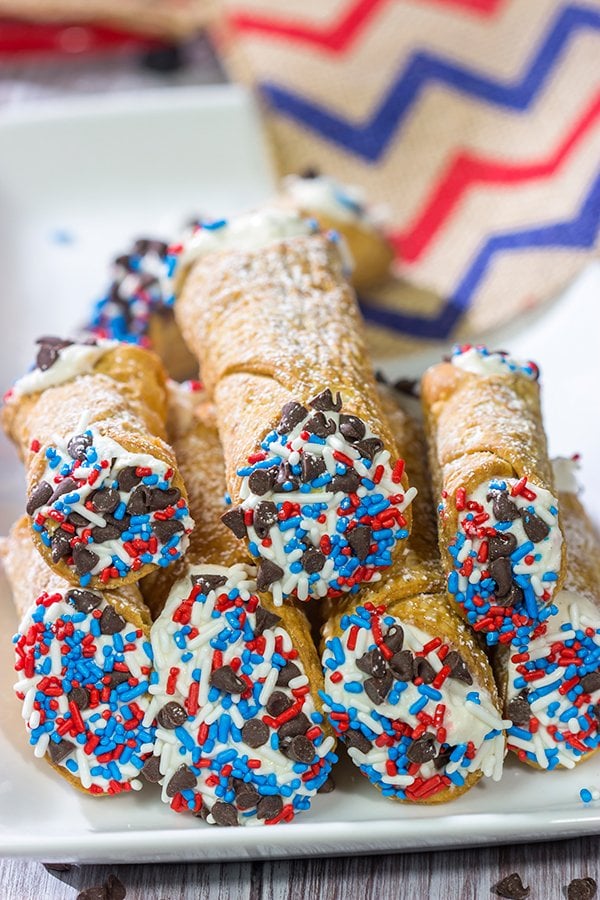 We recently had a company come out to give us a quote for adding an escape window in our basement.  As I’ve noted before, our basement is a finished room that serves as a gym, a man cave, a wine cellar, a photography studio and of course a storage room.  Currently, the stairs are the only exit in the basement, and we’ve been thinking it would be wise to add an escape window. 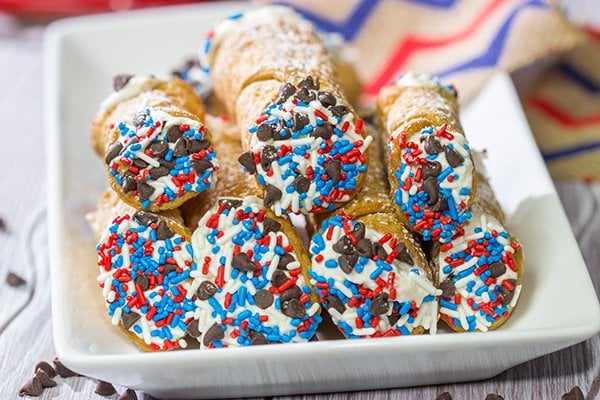 We had a nice chat with the salesman, and then we sent him on his way with a Red White and Blue Cannoli.  I’m fairly certain that was the first (and last) time that he’ll ever walk away from a sales call with a Red White and Blue Cannoli!  You see, I’d made a big batch of these cannoli that morning, and I had just finished taking the photos when he arrived.  Cannoli are a bit unique in that they need to be eaten fairly soon after being filled.  If you’ve ever eaten a cannoli that sat around too long after being filled, then you know what I mean.  The shell turns soft and chewy…and it’s just not that appetizing.

Since I had a whole plate of filled cannoli, I decided to send one with the salesman.  I like to think he sat in his car and downed that Red White and Blue Cannoli before he ever left our driveway.  That’s what I would’ve done! 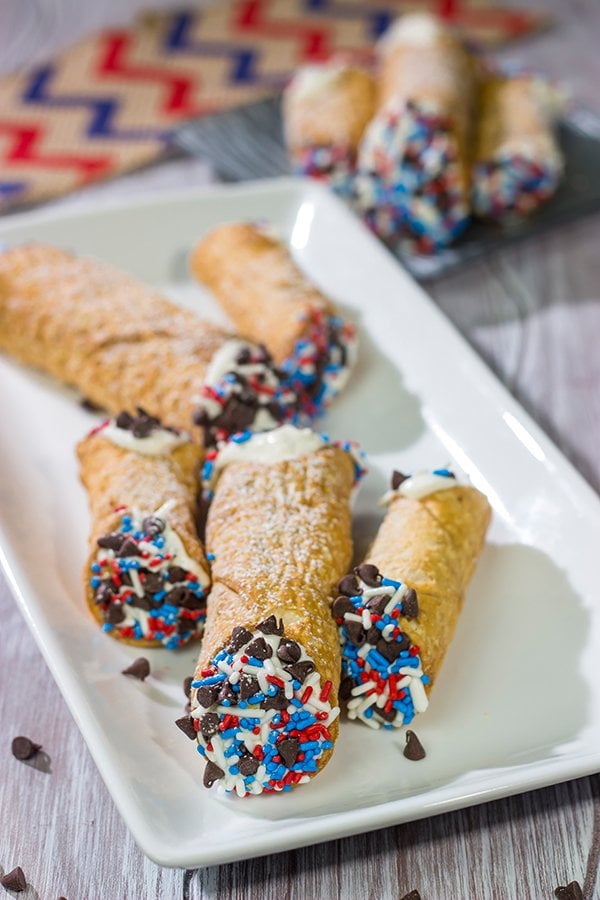 To be fair, these Red White and Blue Cannoli are a classic cannoli recipe dressed up with colorful sprinkles for Independence Day.  If you’re making these at any other time of the year (or you’re not into colorful sprinkles), then just omit the sprinkles.  The chocolate chips are optional as well, but I personally like the bit of texture they add to the cannoli filling.  Plus, chocolate tastes good. 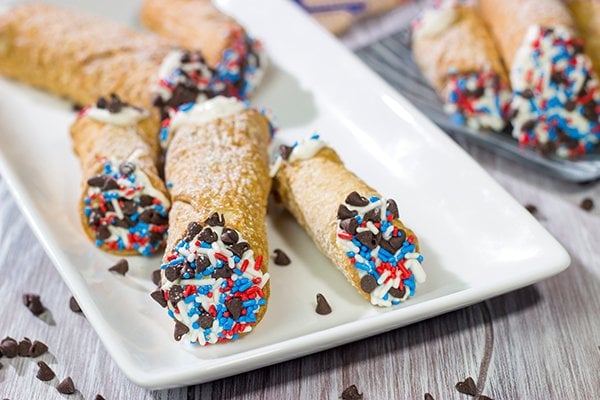 For these cannoli, I stopped by the bakery department of our grocery store and asked if they sold unfilled cannoli shells.  I was in luck!  Well, sorta.  She had a few trays left, but she said they wouldn’t be selling them anymore as their cannoli were going to start arriving pre-packaged.  Pre-packaged cannoli?  As noted above, the shells become soft and chewy if they are filled too early.  So how can you make pre-packaged cannoli?  Ah, who knows!  I like to make my own cannoli filling at home anyways – it’s easy and delicious.

On a side note, I actually own a set of cannoli tubes (aff. link).  However, I’ve never tackled frying my own cannoli shells.  Perhaps this is a sign that I need to learn how to make my own shells – either that, or I’ll just find a different bakery/grocery store to buy my unfilled cannoli shells!  After all, part of the appeal of this recipe is its simplicity. 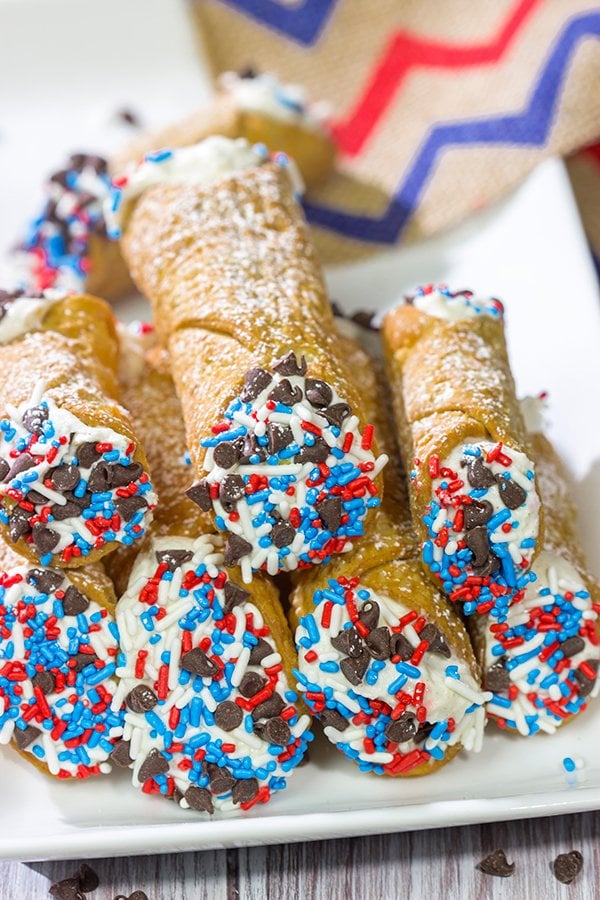 If you’re looking for a fun and unique dessert for 4th of July celebrations, then I highly recommend these Red White and Blue Cannoli.  These cannoli will certainly disappear quickly when you bring ’em out of the kitchen!

Did you make a batch of these Red White and Blue Cannoli at home?  Leave a comment, or better yet snap a photo and tag me on Instagram (@Spicedblog).  I’d love to see your version! 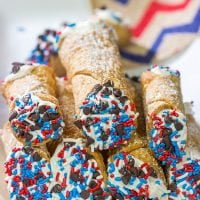 Unfilled cannoli shells are often available in either the baking aisle or from the bakery department at most supermarkets. I recommend whole milk ricotta when making cannoli filling. 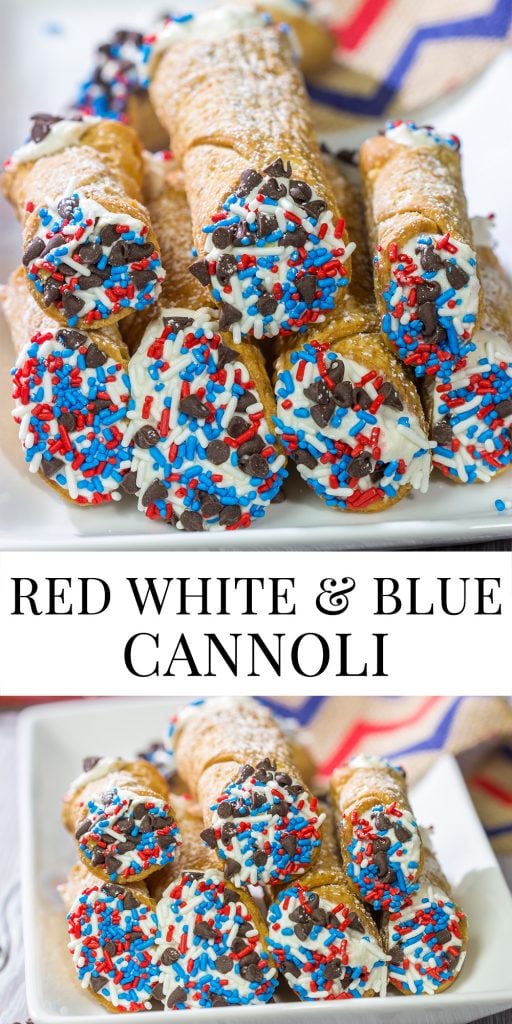 Looking for more festive 4th of July dessert recipes?  Check out these other favorites, too: 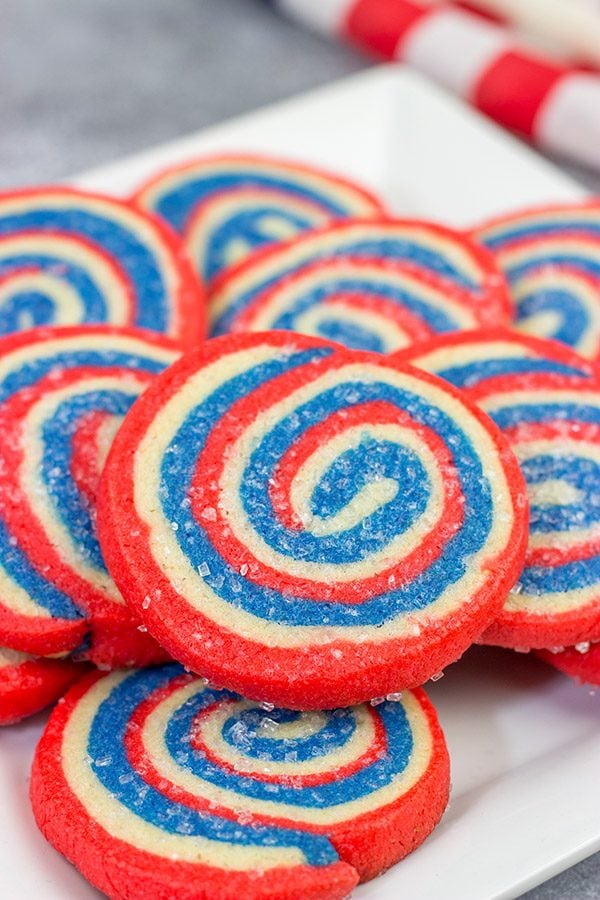 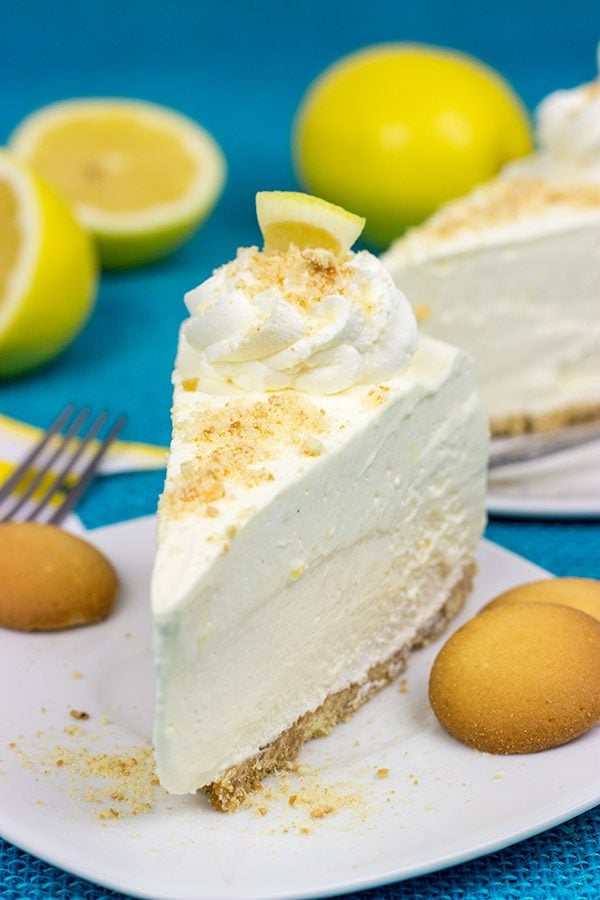 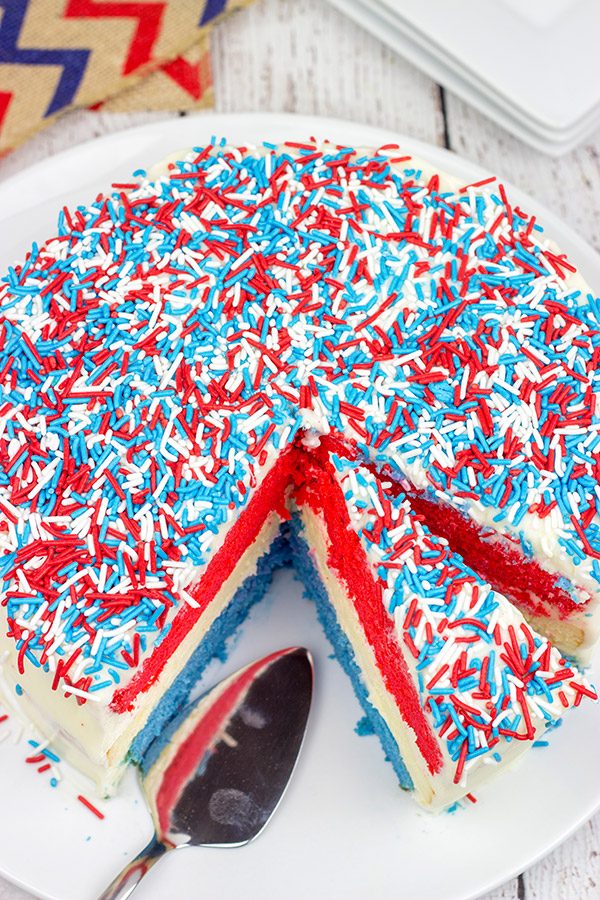