Packed with pumpkin and plenty of Autumn spices, this Pumpkin Spice Cake with Cream Cheese Frosting is a tasty way to celebrate the season! 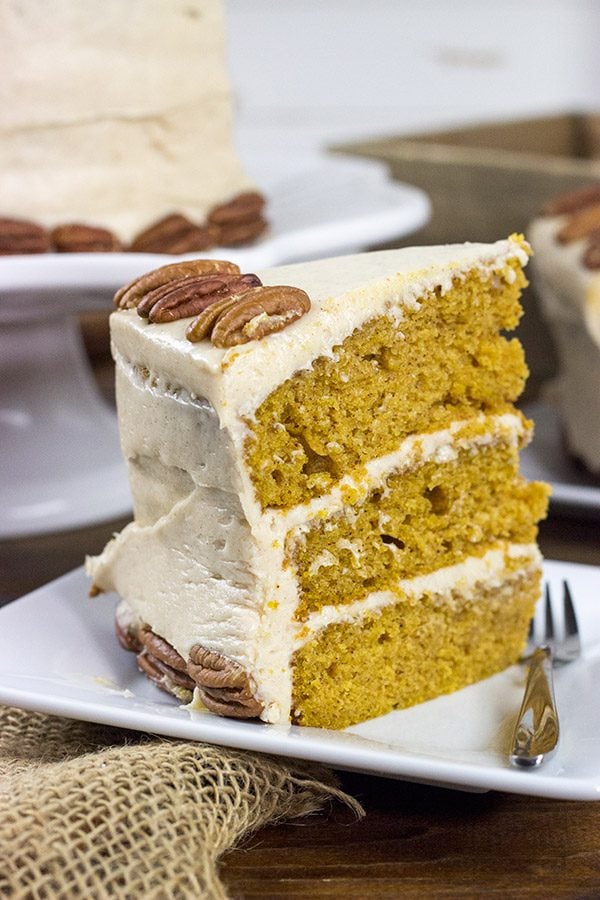 Brace yourself, folks.  .  Eh, check that.  If you follow Starbucks’ calendar, then pumpkin spice season has been here since the end of August.  I don’t know about you, but I can’t deal with pumpkin spice lattes in August.  I’m still in grilling, backyard fun and chasing Robbie around the park mode!  But fast forward a month, and I’m ok with the arrival of pumpkin spice season.  (Ask me again in a couple of weeks…my answer might be different by then!) 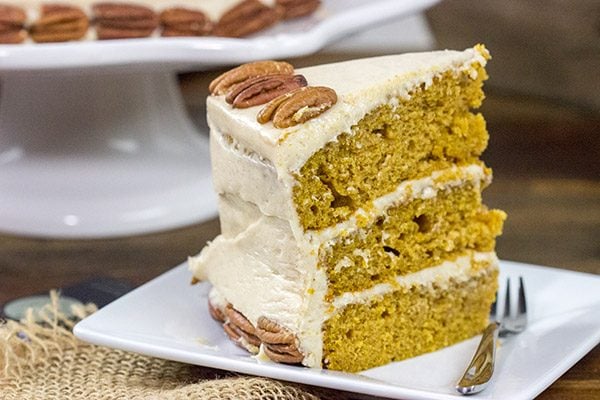 All of the pumpkins are carved on site by local artists and then assembled into giant displays.  Everything from brontosauruses to spider webs to a moving carousel…all made out of pumpkins!  Can you imagine the time and effort that it takes to pull this off?  I’m always impressed by our ability to carve 1 pumpkin…much less 7,000!

Speaking of pumpkins, let’s talk about pumpkin cake.  More specifically, Pumpkin Spice Cake with a Brown Sugar Cinnamon Cream Cheese Frosting.  Whew, that’s a mouthful.  But I promise it’s a delicious mouthful!  This cake (and frosting) are packed with Autumn flavors in the best way possible.  Laura says this cake reminds her of a pumpkin roll…which I guess makes sense.  I mean a pumpkin roll is just cake in a slightly different form.  I say this Pumpkin Spice Cake reminds me of light jacket weather, leaves turning colors and roasting pumpkin seeds in the oven. 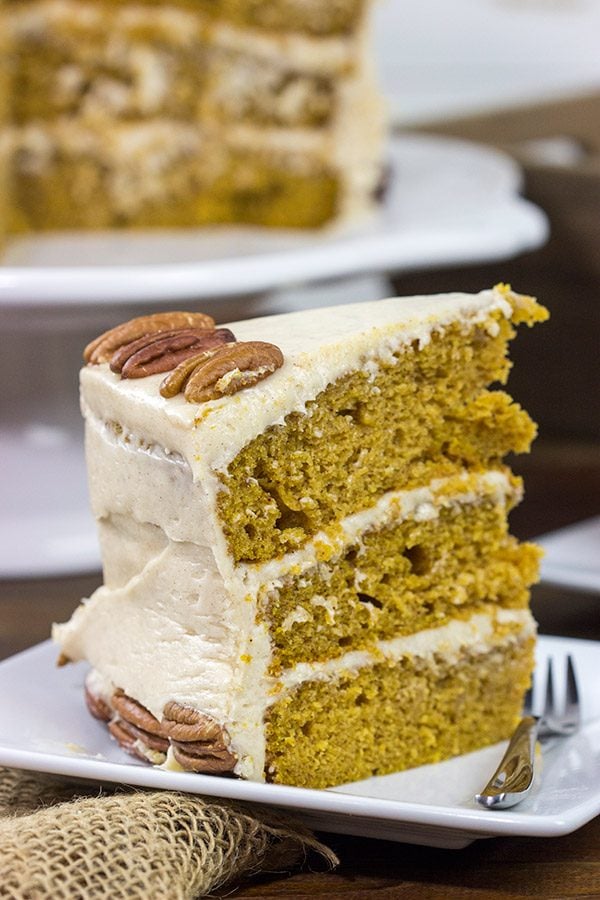 This frosting recipe was shared with me years ago by a classmate who made a frosted pumpkin bread that was legendary around the department.  I mixed things up (just slightly) by using that Brown Sugar Cinnamon Cream Cheese Frosting on a cake instead of loaves of pumpkin bread.  Oh, and I added some toasted pecans, too.  For some reason, I feel like pumpkin spice flavors pair so well with toasted pecans.  Is that just me?  If you’re not a nut fan, then you can certainly just omit the pecans as I only used them as a garnish…but I highly recommend ’em! 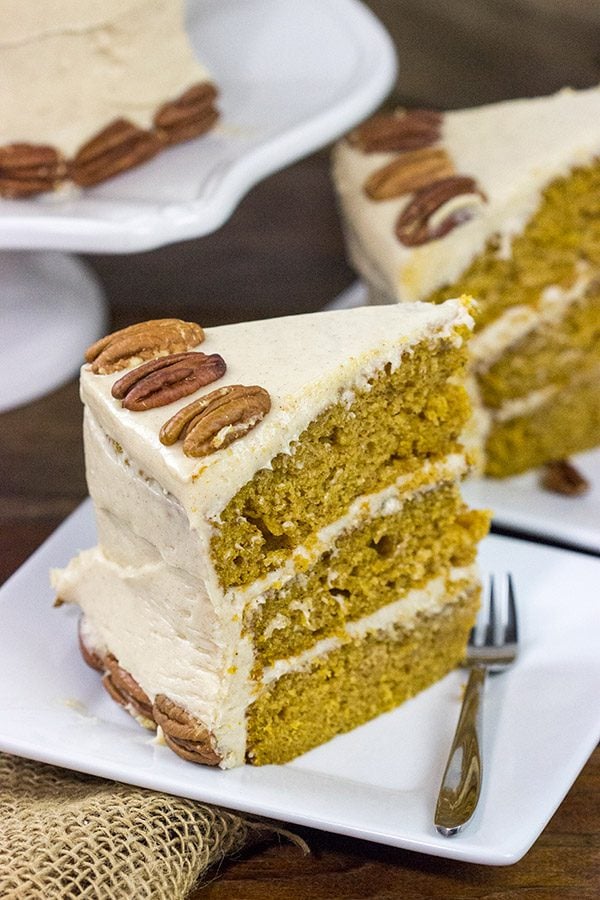 I hope you enjoy this Pumpkin Spice Cake as much as we do!  It’s time to start scouting out the perfect pumpkin and (if you’re anywhere close to NYC) getting tickets to the Great Jack O’Lantern Blaze.  Happy Fall, y’all!

Did you make this Pumpkin Spice Cake at home?  Leave a comment.  Or snap a photo and tag me on Instagram (@Spicedblog)!

Looking for more tasty pumpkin spice recipes?  Check out these other favorites, too: 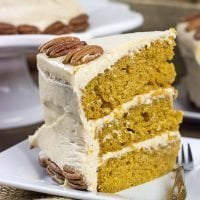 If you don’t have pumpkin pie spice in the pantry, you can substitute: 2 tsp cinnamon, 1 tsp nutmeg, ½ tsp ginger and a generous pinch of allspice.