Carbonade Flamande is a traditional Belgian dish consisting of beef short ribs simmered in Belgian ale and then served over fries or roasted potatoes.  It’s the perfect comfort food for cold weather! 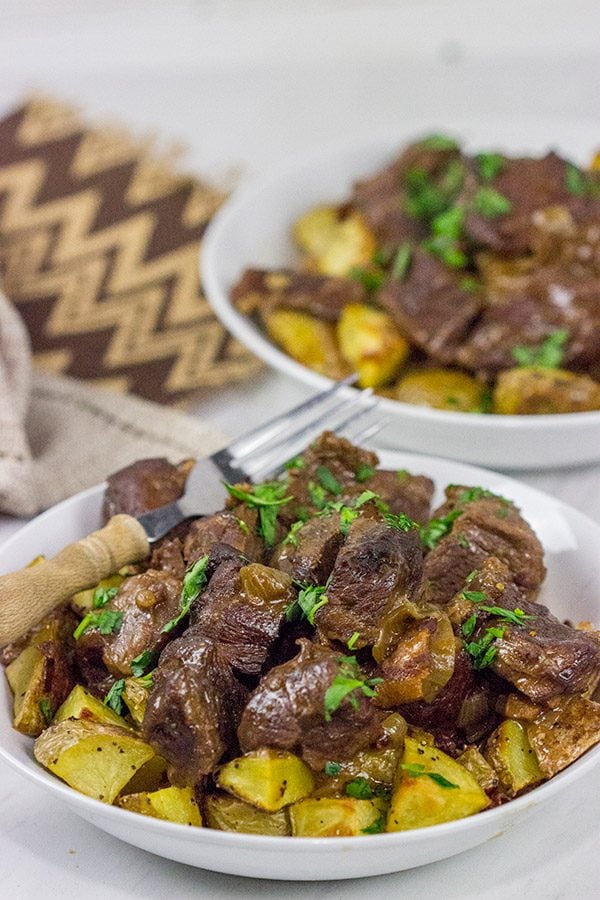 Now that Autumn is in full swing, it’s time to turn our attention back to cold weather comfort food.  As August comes to an end, I go into Autumn kicking and screaming as I just can’t deal with the fact that summer is over.  But by late September, I’ve fully embraced the light jacket and beautiful leaves.  (I choose to ignore the heavy jackets and snow boots in the corner of the closet.)  Late September also means the return of curling at our local curling club.  (Curling is seriously one of the only reasons I stay afloat during the long winters up here in upstate New York!) 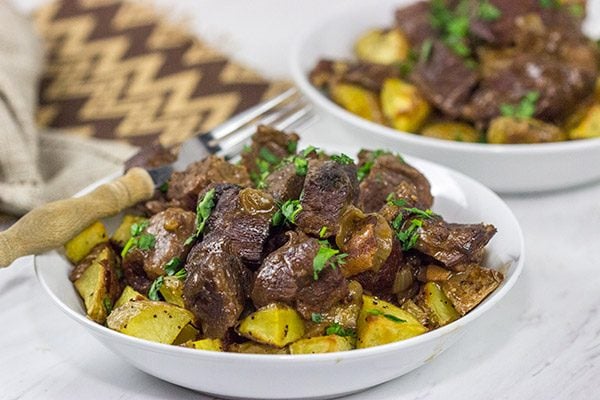 I’ve written about the sport of curling on a number of occasions before, but today I’d like to point out one of the rather fortunate side benefits enjoyed by curling clubs everywhere.  The temperature on the ice is somewhere between 35°-40°F (1°-4°C).  It’s chilly for sure, but you end up working up quite a sweat during a game.  Here’s the thing.  That ice shed is basically a giant refrigerator.  Visit any curling club, and chances are you’ll see stacks and stacks of beer bottles and kegs. 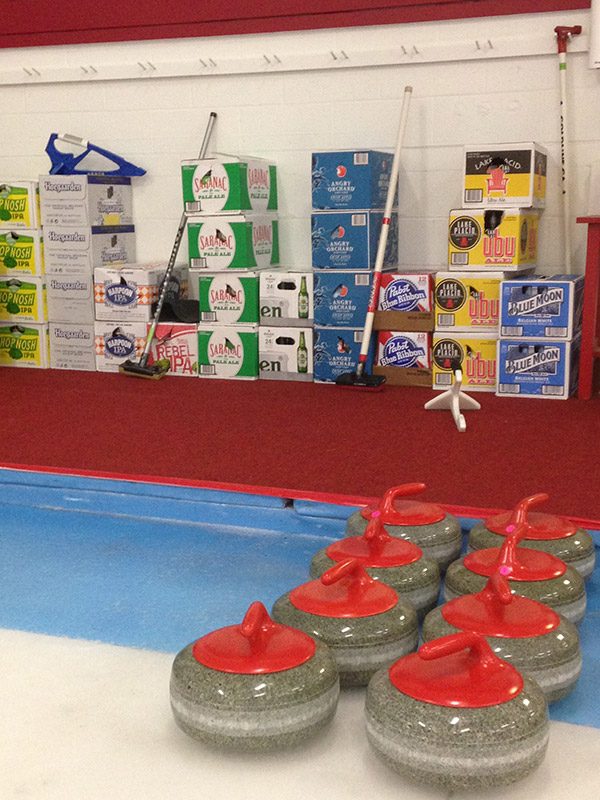 The social side of curling is quite strong, and it’s customary to have a drink (alcoholic or non-alcoholic) with your teammates and the opposing team after each game.  I found it hilarious when I first started curling to see kegs lined up next to the ice where we curled.  Now it’s just normal.  In fact, I often use that kegs as a seat when taking my shoe gripper on and off.  I particularly enjoy traveling and playing in different clubs, and every club uses their ice as a refrigerator.  It’s kinda cool! 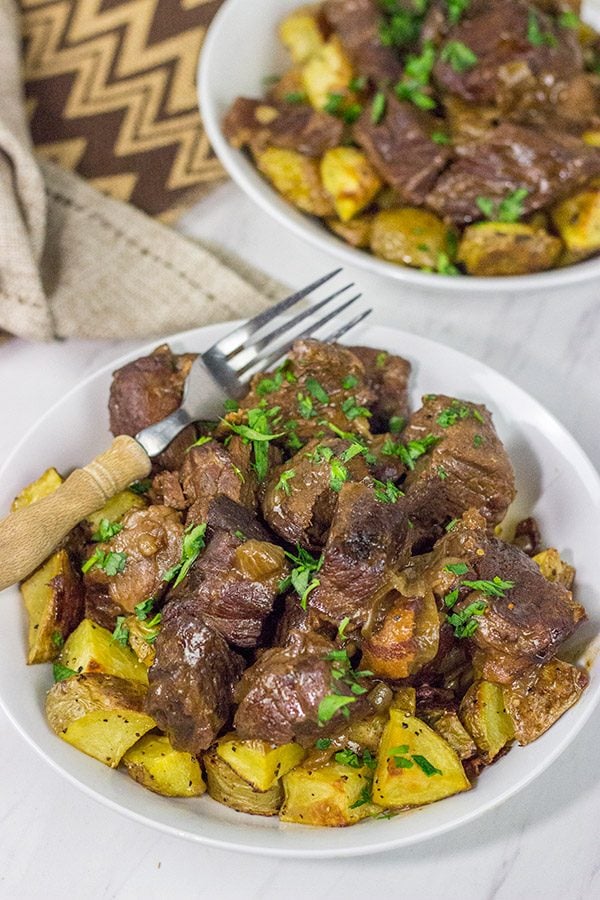 Speaking of beers at the curling club, our club (Schenectady Curling Club) always keeps at least one variety of Ommegang beer in stock.  Brewery Ommegang is located near Cooperstown, New York, and they’re especially known for their Belgian-style ales.  (When Ommegang was built in 1996, it was modeled after a traditional Belgian farmhouse brewery.)  Ommegang’s Abbey Ale is a traditional Belgian dubbel, and it’s one of my (many) favorites that they brew.  I always keep a stash stocked in our basement bar.  So where am I going with this talk of Belgian beer?  Well a bottle of that Abbey Ale was used to make this Carbonade Flamande! 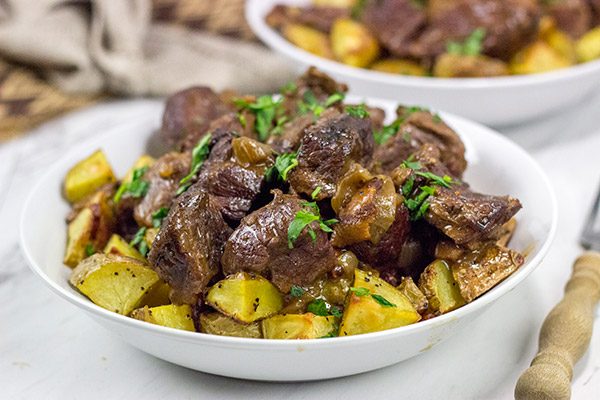 Carbonade Flamande is a Belgian beef and onion stew that is traditionally made with beer, thyme and bay leaves.  In many ways, Carbonade Flamande is similar to Beef Bourguignon that is popular in France, Belgium’s neighbor to the south.  However, as this recipe moved north, the French red wine got replaced with Belgian beer.  (When in Rome…)  The result is a sweeter stew that can be found in restaurants throughout Belgium and the Netherlands.  Laura and I took a trip to this area several years ago, and I definitely remember seeing Carbonade Flamande on menus.  The pasta which is typical seen with Beef Bourguignon is replaced with fries or, as I did in this version, roasted yellow potatoes.  I also chose to simmer this one a bit longer so that the stew thickened and became similar to a thin gravy. 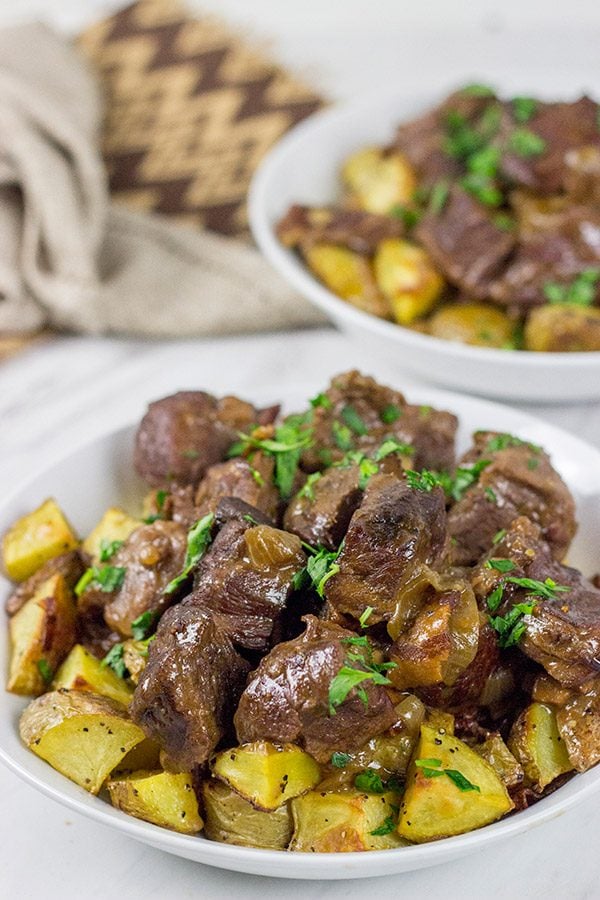 All together, Carbonade Flamande is a delicious comfort food meal that is perfect for these early chilly days of Autumn.  (I suspect it will also be perfect for the downright frigid days of January and February, too…but we aren’t there yet!)  So grab a bowl and curl up on the couch.  Cheers!

Did you make a batch of this Carbonade Flamande at home?  Leave a comment.  Or snap a photo and tag me on Instagram (@Spicedblog)!

Looking for other tasty cold-weather comfort food?  Check out these recipes, too: 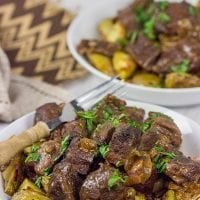 Any cut of beef that is good for stews will work here.  Chuck roast is popular, but I opted for beef short ribs in this recipe. The type of beer used in this recipe is important.  Make sure to select a Belgian ale.  I used Ommegang's Abbey Ale, but if that beer isn't available in your area, look for another Belgian dubbel or Flanders red ale instead.