Summer picnics aren’t complete without pasta salad, and this Pepperoni Pasta Salad is an epic addition to the picnic table! 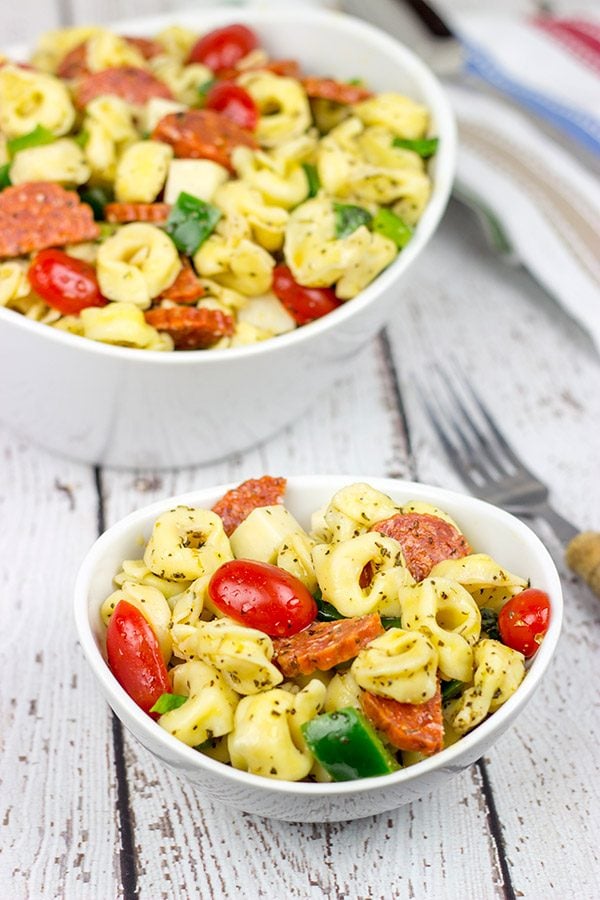 A couple of months back, one of my buddies forwarded me a Facebook flashback to a post from 10 years ago.  We were all dressed in green for the annual Baton Rouge St. Patrick’s Day Parade.  We had gathered at his house at around 6am to start the festivities.  Around 9:30am, we loaded the keg of green beer into a wheelbarrow and rolled it up to the parade route.  We were crazy back then. 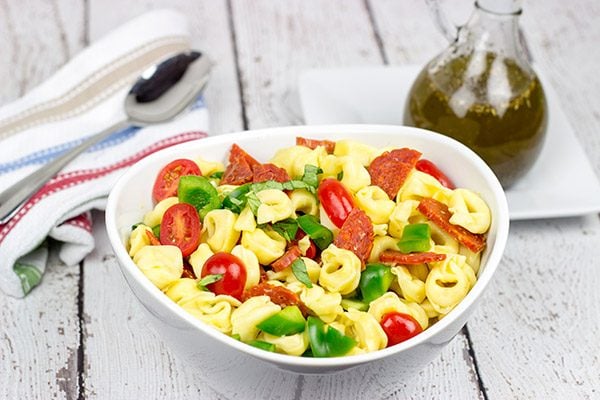 Speaking of old, I have become the most stereotypical old person ever.  Nope, it’s not the going to bed at 8pm part.  It’s the fact that I now watch PBS.  On a regular basis.

Back over the winter when Robbie was just several weeks old, we discovered that our local PBS station played concerts almost every night.  We listened to everything from the classic Simon & Garfinkle in Central Park concert to a Phish concert to Peter, Paul and Mary’s Christmas concert.  It didn’t matter what was on, we listened to it.  The music helped Robbie fall asleep.  Then the strangest thing happened.  Dad started loving watching those PBS concerts.  (When did we get so old?) 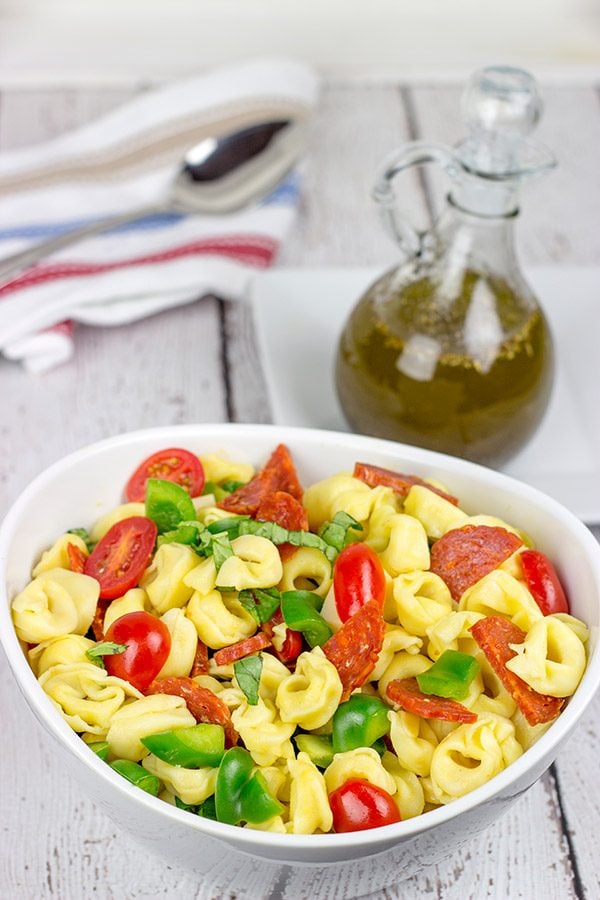 One night we caught part of a Josh Grobin concert where he sang various songs from Broadway musicals.  I’ve always appreciated Josh Grobin, but I’m not sure I’d call myself a fan.  But after sitting and listening to him that night, I was hooked.  (Laura has always loved his music, so she was obviously on board.)  We ended up getting tickets to see Josh Grobin this summer up at Saratoga, and that concert will be one of the highlights of our summer.

Speaking of summer highlights, you’ve gotta include pasta salads in there.  Summer picnics just aren’t complete without 4-5 different pasta salads.  The other day, I took my mother-in-law’s Antipasti Salad and made a few tweaks to it.  That salad is hands-down one of my favorite summer dishes, so I was hesitant to play around with the recipe.  But I did.  And this Pepperoni Pasta Salad was the result. 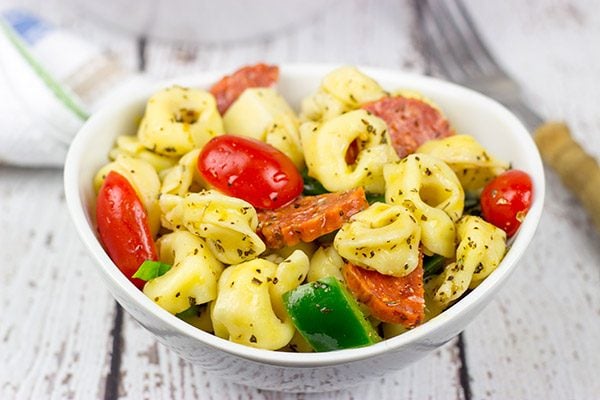 This epic Pepperoni Pasta Salad is loaded with everyone’s favorite Italian meat: pepperoni.  Toss in some green peppers for crunch along with some mozzarella cubes + cherry tomatoes for flavor, and you’ve got summer in a bowl.  Oh, and did I mention I used tortellini as the pasta of choice this time?  Like all pasta salads (and soups, for that matter), this one tastes better on Day 2.  That works out well since it means you can not only make this one in advance, but it will taste better, too.  Score!

Speaking of foodie inspiration, where do you get new recipe ideas?  RecipeLion is one of my favorite sites to wander around when I need to break out of the routine…or if I’m hungry.  (And I’m pretty much always hungry.)  Check it out! 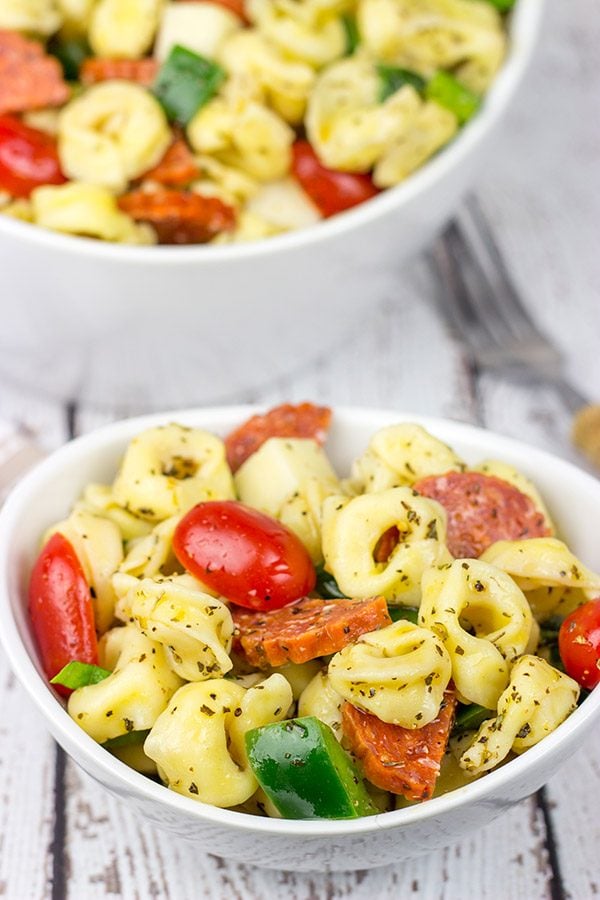 What are you most looking forward to this summer? 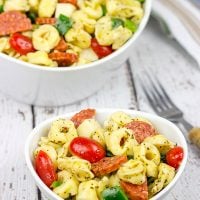 For the Pasta Salad