We all know beer and pizza go well together…so why not try using beer in your pizza?
This IPA Pizza Crust is a fun twist on a classic! 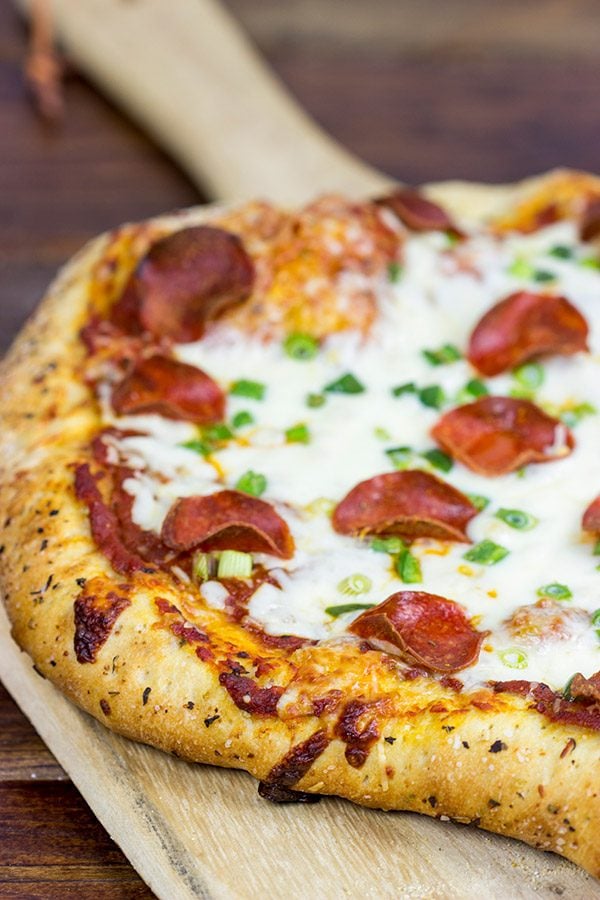 A couple of summers ago, I had the distinct pleasure of flying out on a last minute trip to Wichita, Kansas.  There was a chance I would be needed to testify as a witness in a trial, and so off I went…on a 5:30am flight on Sunday morning.  I didn’t have much choice in this matter, and it happened to fall over my birthday.  Needless to say, I wasn’t terribly excited about this trip.  I have nothing at all against Wichita…I just didn’t want to go there over my birthday.  Sure enough, I wasn’t called as a witness, and I was sent back home on Wednesday morning.  But that didn’t stop me from making the best of my first (and quite possibly) last trip to Wichita! 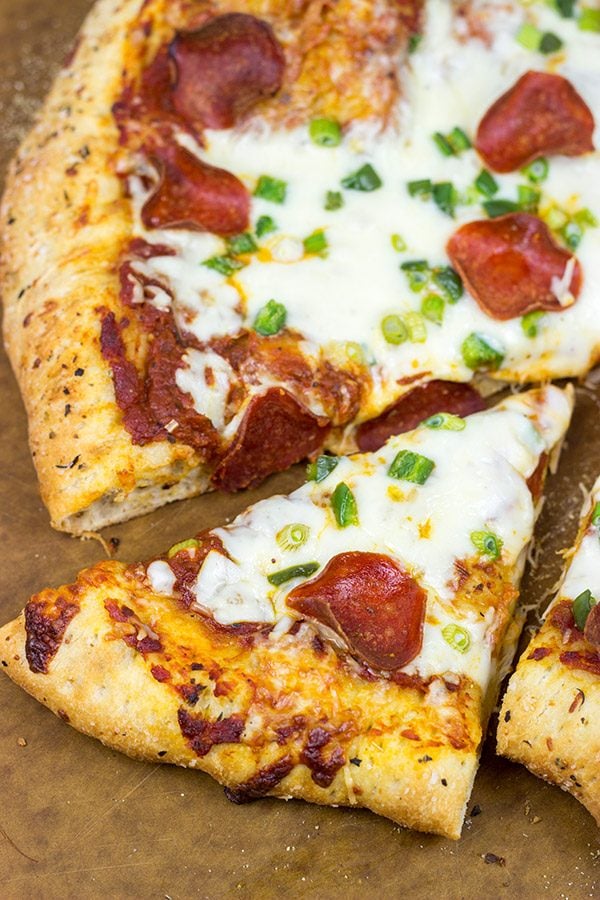 The first thing I noticed about Kansas was how flat it is.  Like seriously flat.  I grew up in the Carolinas, and while that area is not particularly hilly…it’s not as flat as Kansas.  I think I could literally see for miles out there.  Now I understand how those tornadoes came and snatched Dorothy away.  (The hotel even had warning signs pointing to the tornado shelters.  Uhh…yeah, that was a bit of a wake-up call for me.  When exactly is tornado season again??)

As a huge college basketball fan, I decided to wander down to Wichita State one afternoon.  Since it was summer, the campus was deserted, but I still enjoyed just roaming around campus.  Wichita State is a relative new-comer to the ranks of elite college basketball programs, so it was cool to see their stadium and stop by the bookstore.  However, it was a bit rainy that day, and I must admit that I was hoping a tornado wouldn’t come and tap me on the shoulder. 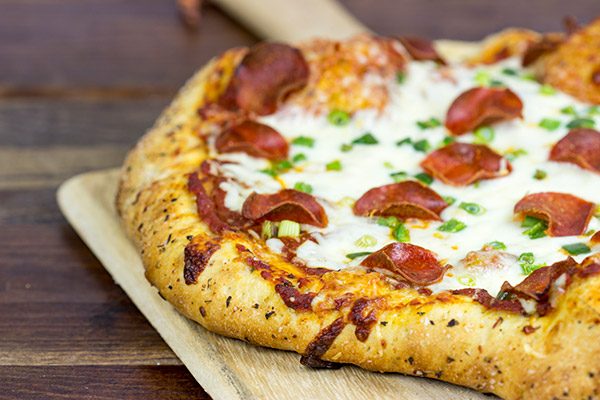 But the highlight of my trip to Wichita was a stop by a local brewpub.  I’m a huge fan of India Pale Ales (IPA’s), and this restaurant/brewery had one heck of a solid IPA.  In fact, I enjoyed this restaurant so much that I broke my vacation rule and went back there two nights in a row.  We can all agree that beer and pizza go together like Garfield and Odie, right?  Well, this brewery stepped up the game another notch and made an IPA Pizza Crust.  Say what?  Beer in the pizza dough?  Genius! 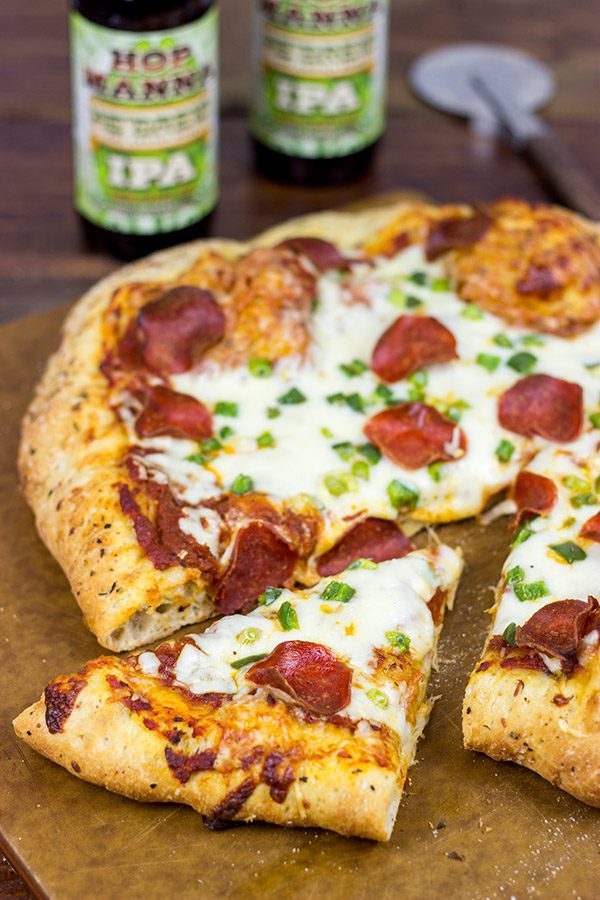 I’ve been wanting to recreate this idea at home for quite some time now.  I finally grabbed my go-to pizza dough recipe and replaced some of the water in the dough with IPA.  Truthfully, this would probably work with any beer…but the citrus-y hops in the IPA added a nice tartness to the dough.  The result was one heck of a tasty pizza!  The dough was much stronger than my normal dough, and it yielded a much heartier crust.  We make pizzas quite often around here.  Will I make an IPA Pizza Crust every time now?  Probably not.  But it was definitely a fun twist on a classic.

Did you make this IPA Pizza Crust at home?  Leave a comment.  Or snap a photo and tag me on Instagram (@Spicedblog)!  Cheers! 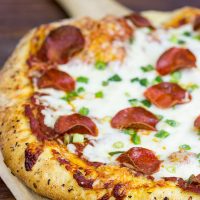 Love pizza?  Me, too!  Check out some of my other favorite pizza recipes, too: 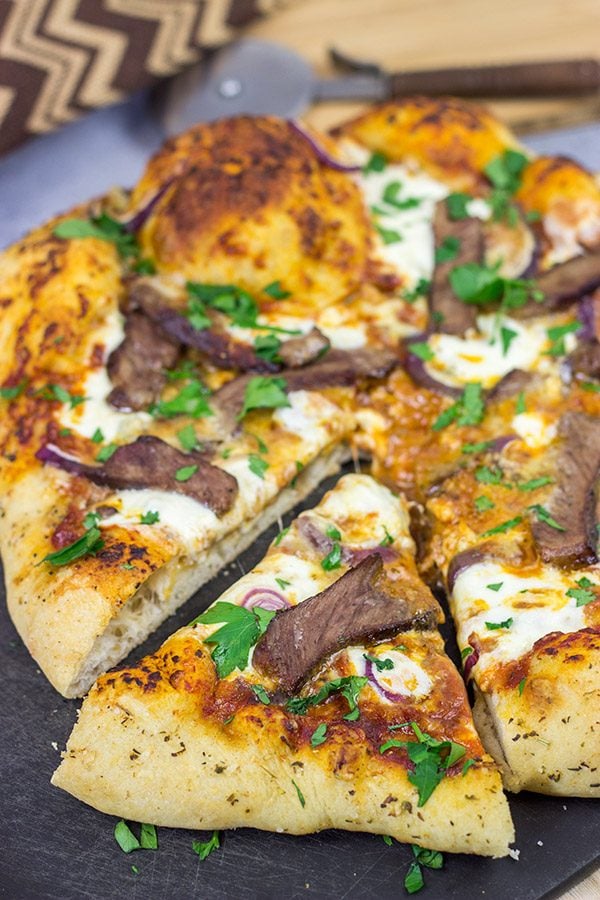 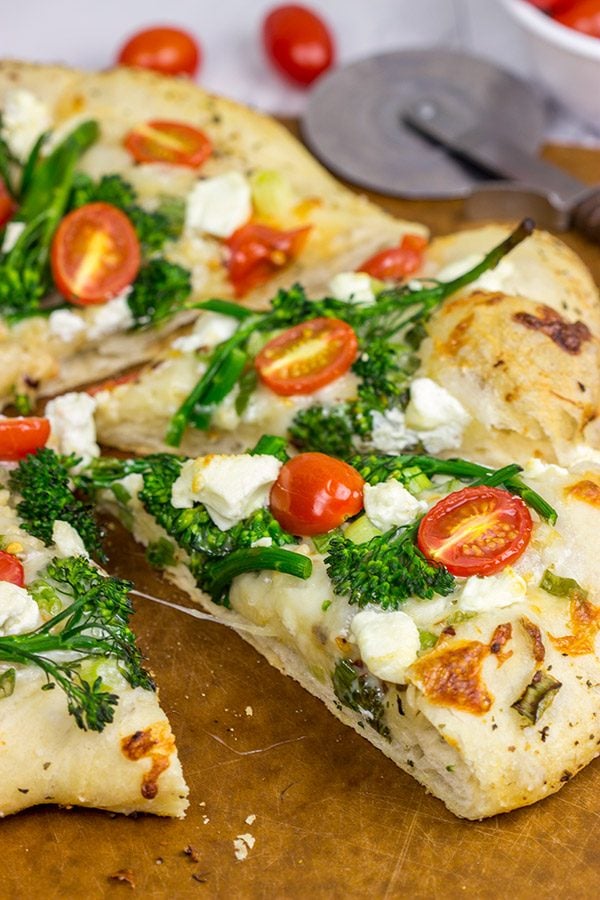 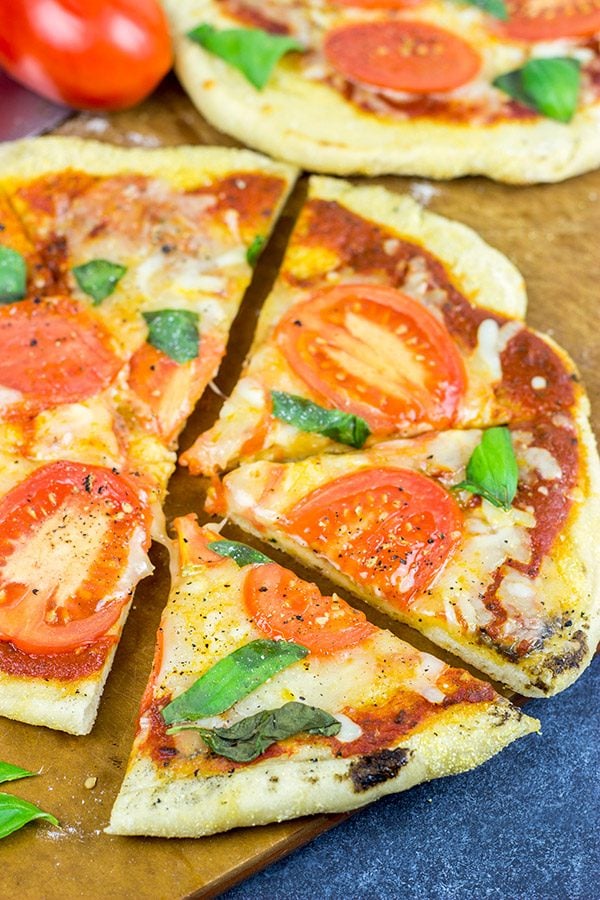